Having a husband and a son who are keen on football has mixed blessings. From standing on the edge of a youth football pitch in all weathers for many years, to following big teams with the opportunity of visiting some lovely locations. The football pitch at Plymouth is close to some lovely National Trust gardens giving Tavi and myself a nice day out too. 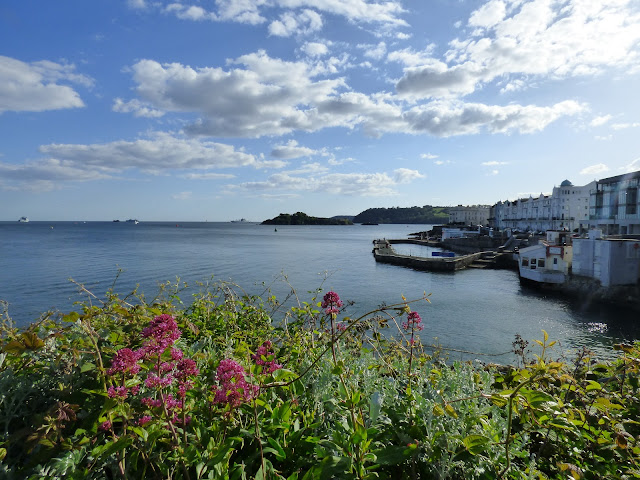 With the last match of the season starting at 17:30, visiting a garden was not an option, so instead we headed to the Hoe in Plymouth wondering how we could occupy a few hours! We need not have worried as it was a beautiful evening and the views were stunning. 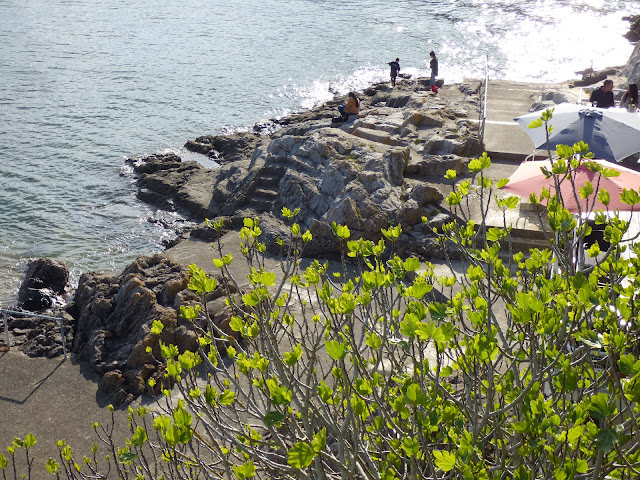 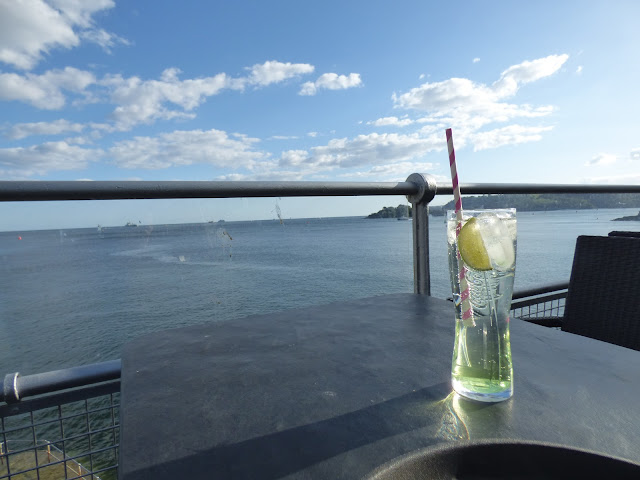 After a wander we came across a fantastic cafe right on the waters edge with amazing views, that welcomed dogs too. We both enjoyed sitting and watching what was going on all around us! 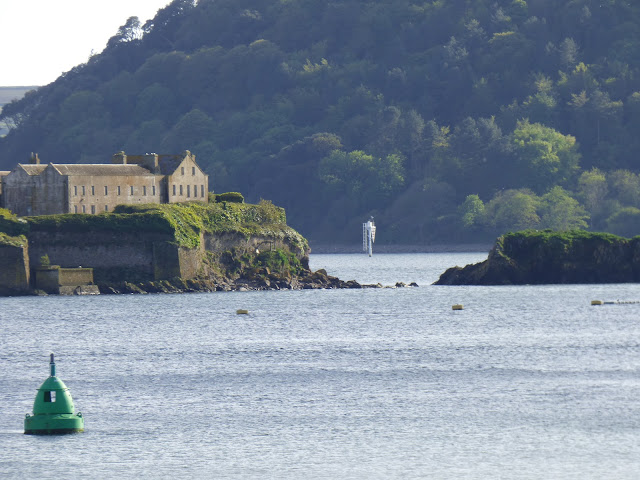 Looking out towards Drakes Island 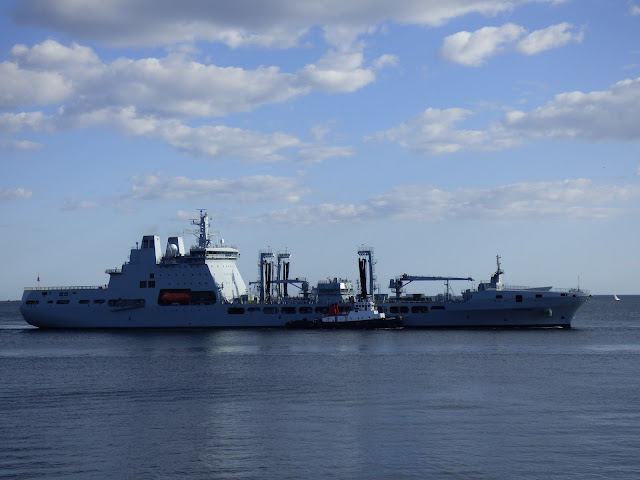 We watched a naval ship being escorted into port with the help of three tugs.We have often seen this when we have stayed in holiday accommodation opposite the breakwater further out, but it was interesting to see if so close up. 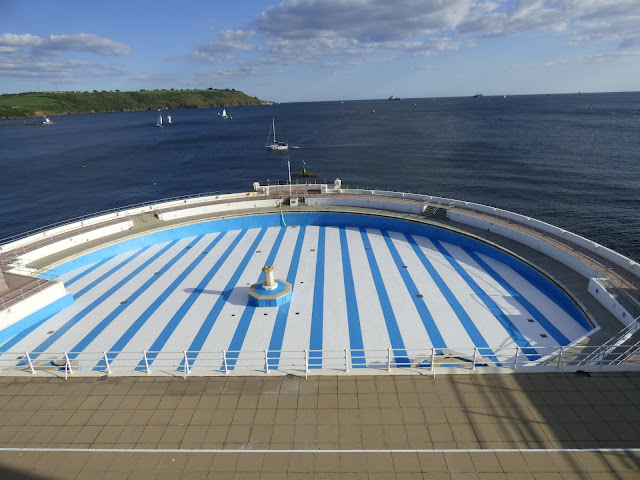 Tinside saltwater Lido that will reopen for the season at the end of May. Not surprisingly it is included in the top 10 of Europe's outdoor pools. It was restored in 2003 after being left abandoned for many years.. 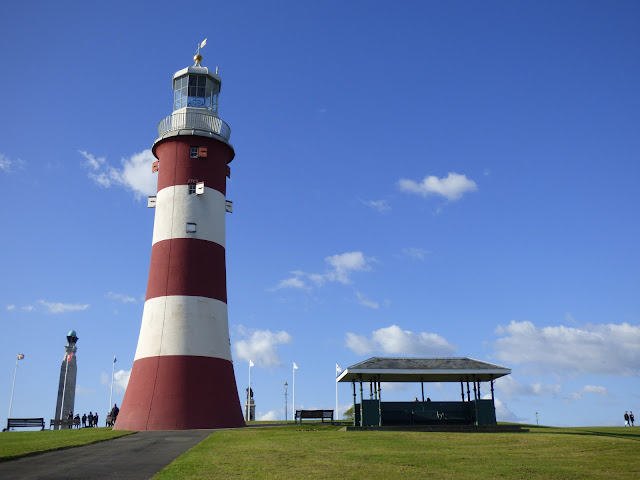 Smeaton's Tower  - this was originally built as a lighthouse further out to sea and was in operation from 1759 to 1877, when the ledge that it was built upon eroded, the new Eddystone lighthouse was built and Smeaton's Tower was rebuilt on the Hoe. This area always reminds me of our son's time at Uni here, as it was also the location for the start and finish of Plymouth Marathon he ran and also his Graduation ceremony! 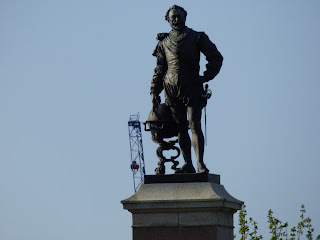 The statute of Sir Francis Drake overlooks the Hoe, legend has it that when the Spanish Armada were spotted, he insisted on finishing his game of bowls before taking to the water and going into battle! My Granny used to come to Plymouth for a day out and sent me a postcards from there, looking at this  film from the 1950's, the attractions are just the same! 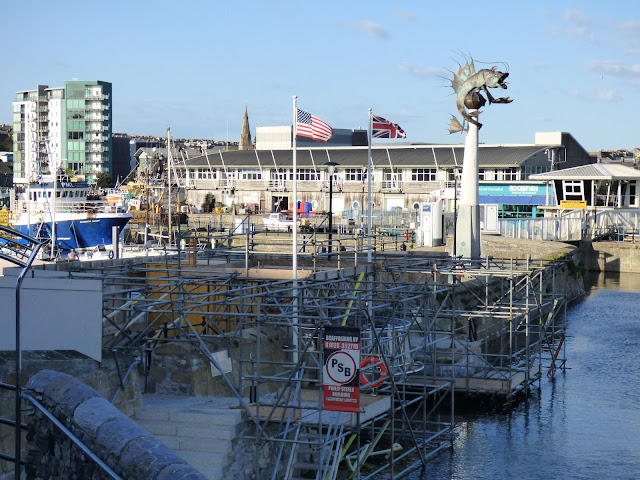 In a search for an ice-cream we ended up down in Plymouth Harbour in the area known as the Barbican. Next year marks the 400th Anniversary of the Pilgrims leaving the shores at Plymouth UK to Plymouth Massachusetts. They are working in the Mayflower steps in preparation for this important Anniversary. There must have been mixed emotions as the Pilgrims left the shore here with thoughts of what lay ahead for them, they had already had to abandon one ship as it was  un-seaworthy.

Returning to the present, Tavi and I walked to meet the boys after the match, we knew the outcome before we saw them, as all the men walking past us looked glum. Despite winning the game other teams in the league had scored more points, sending Plymouth down a league next season, a game of very mixed emotions! 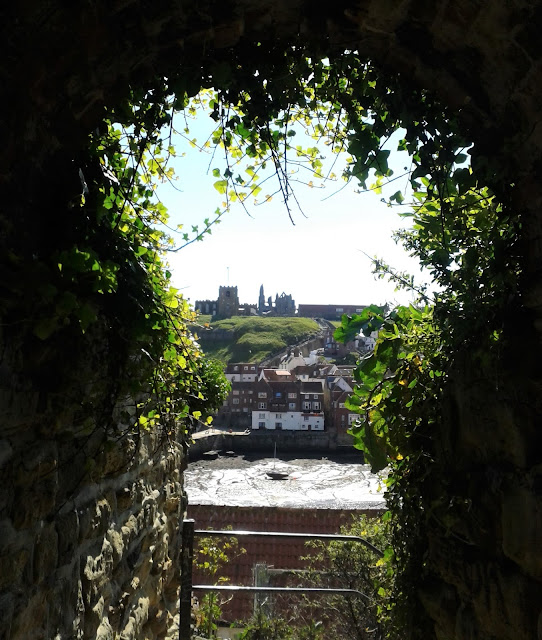 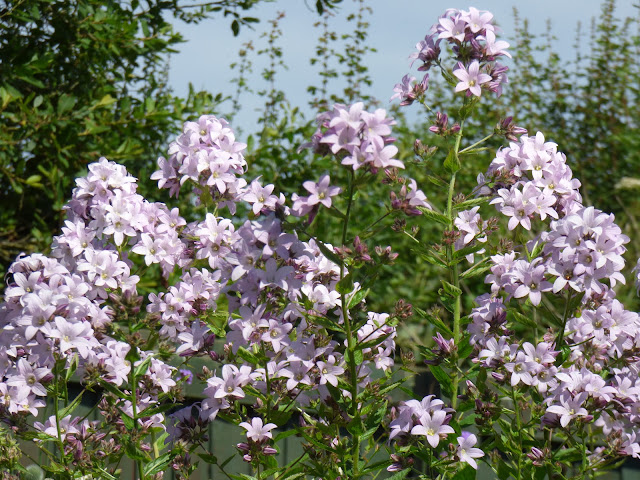