If only we could bottle the fantastic sights, smells and sounds of  perfect summer days ! Yesterday was one of those days when we visited Sherborne Castle for a one day music festival called "Behind the Castle". The sun shone, the performers were fantastic and the scenery was amazing.  When we took some items back to the car before the final act we walked behind the other side of the castle and around this lovely garden and lake........ 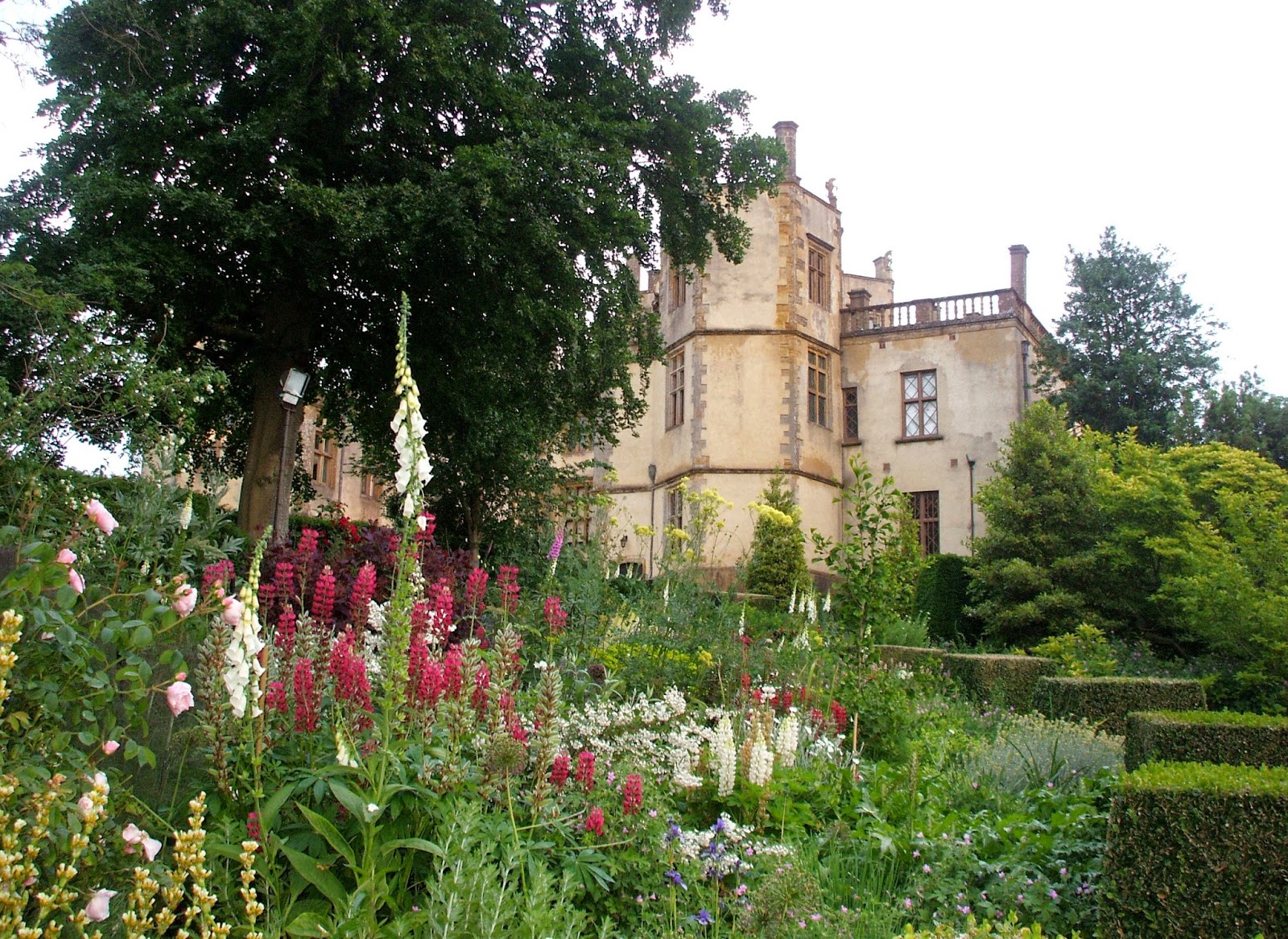 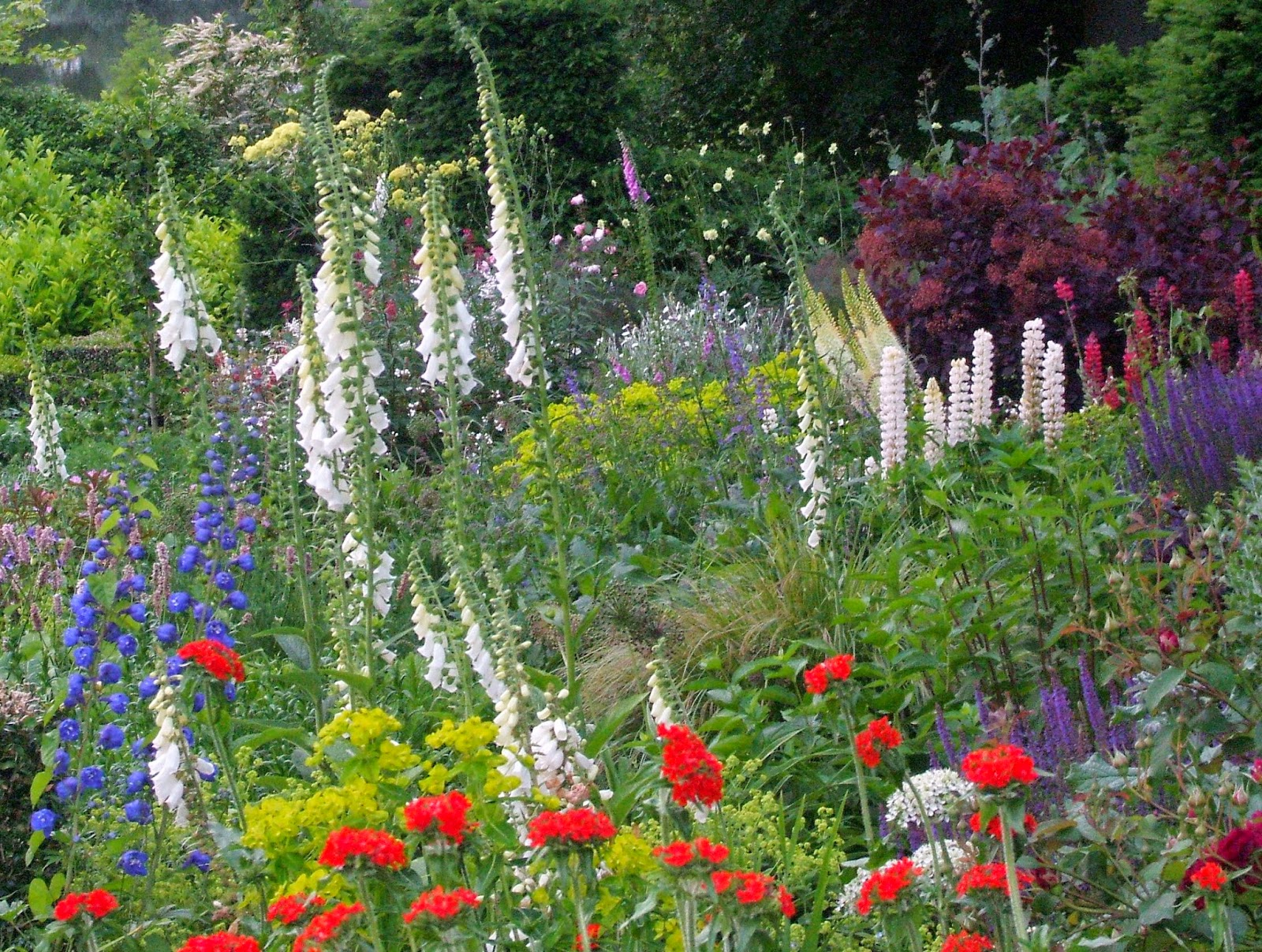 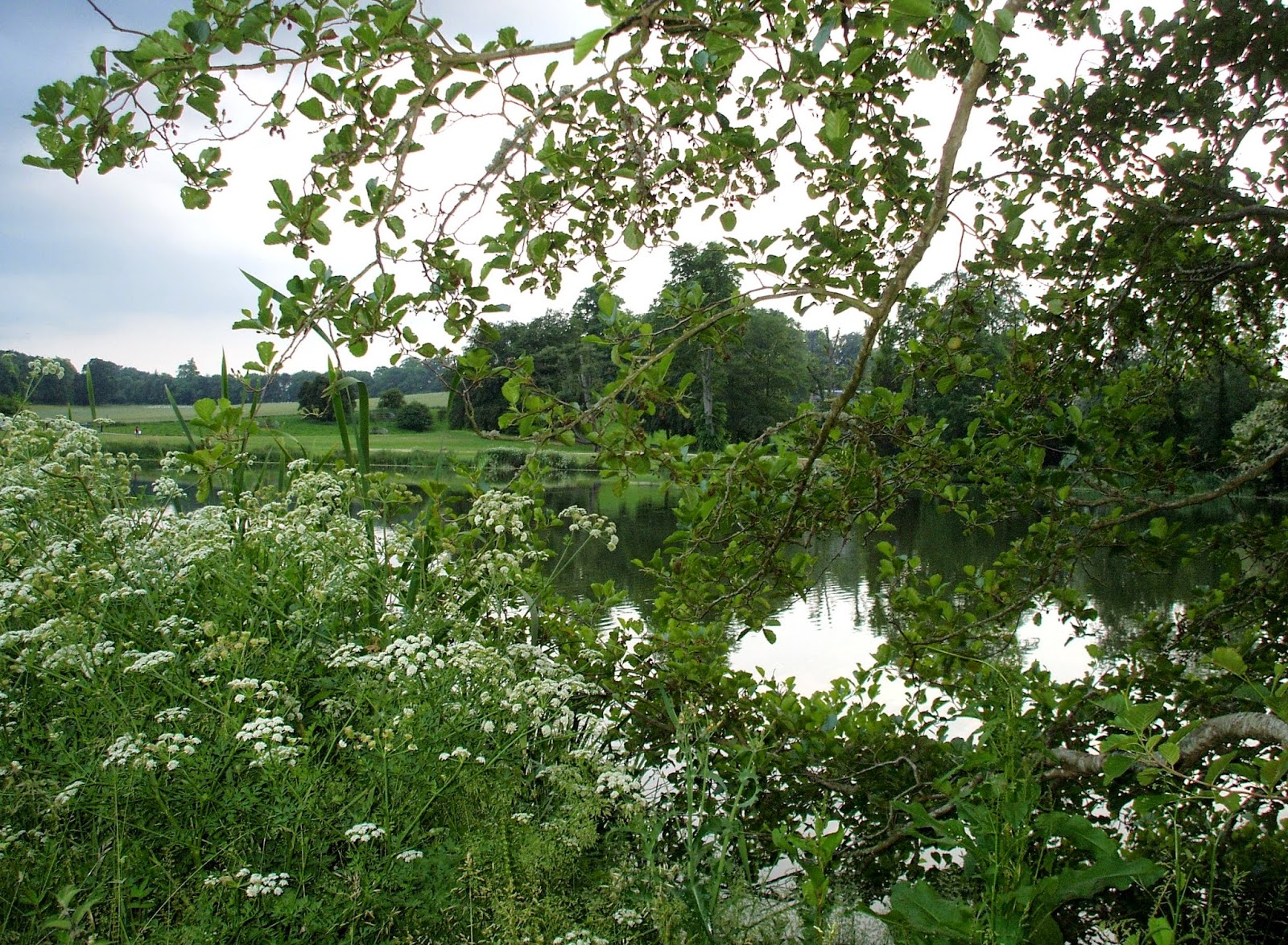 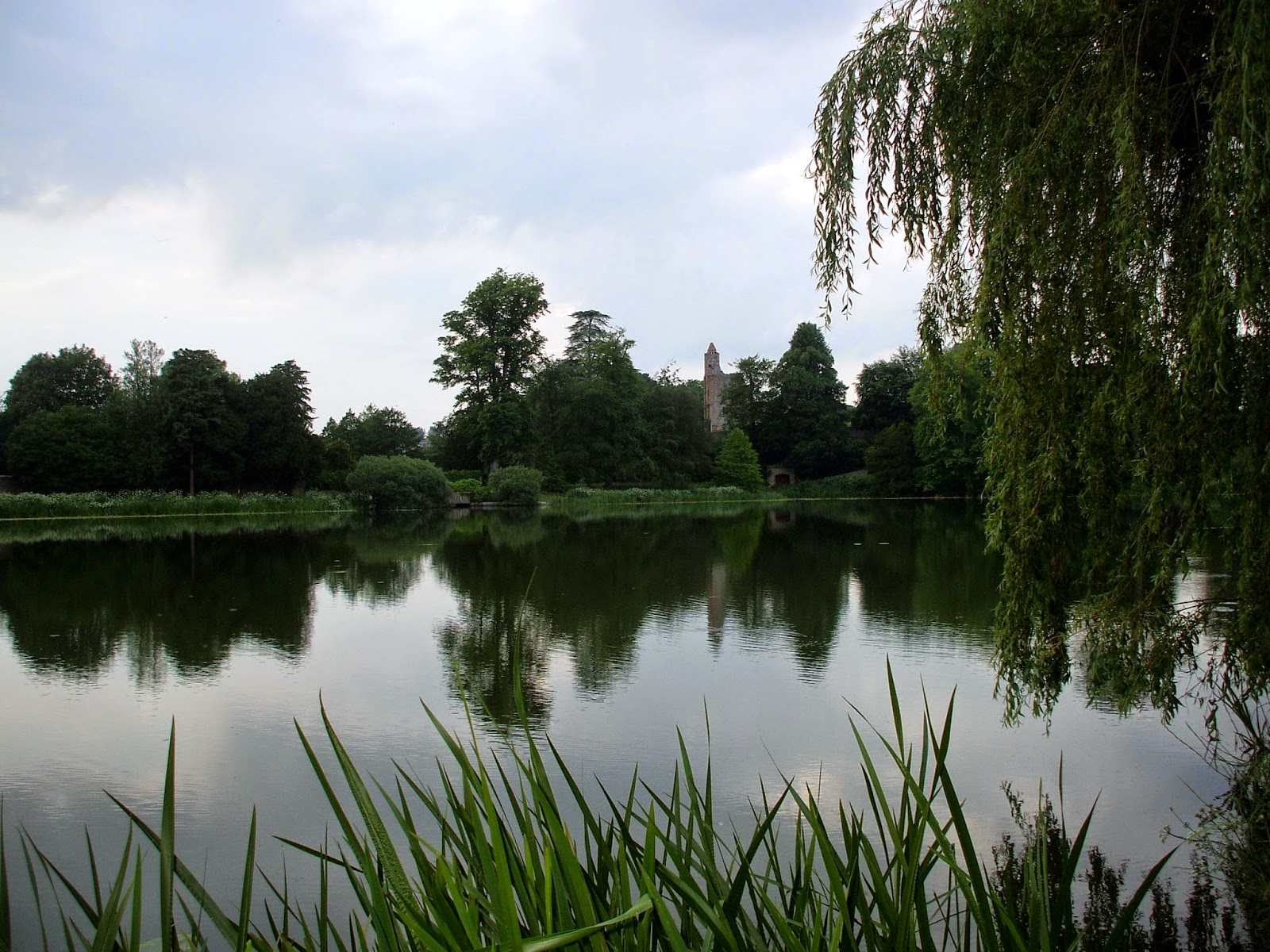 In the evening light the remains of the 12th century old Sherborne Castle across the other side of the lake added a magical touch.

Throughout the day my eyes kept being drawn to the beautiful rolling English countryside all around us. We  were also lucky enough to spot a rare red kite gliding in the skies above us. 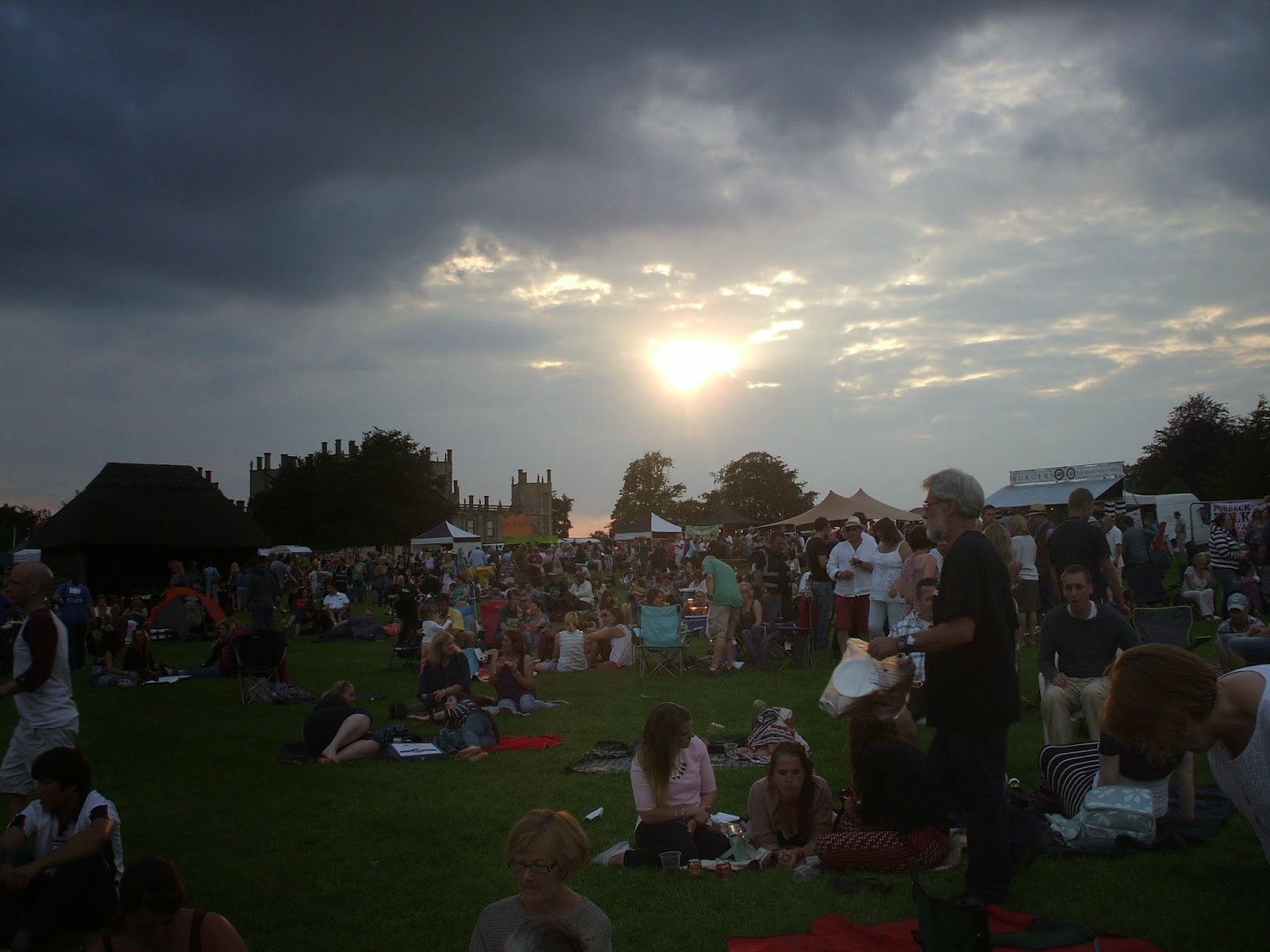 And as evening started to fall the sun shone out behind the castle.... 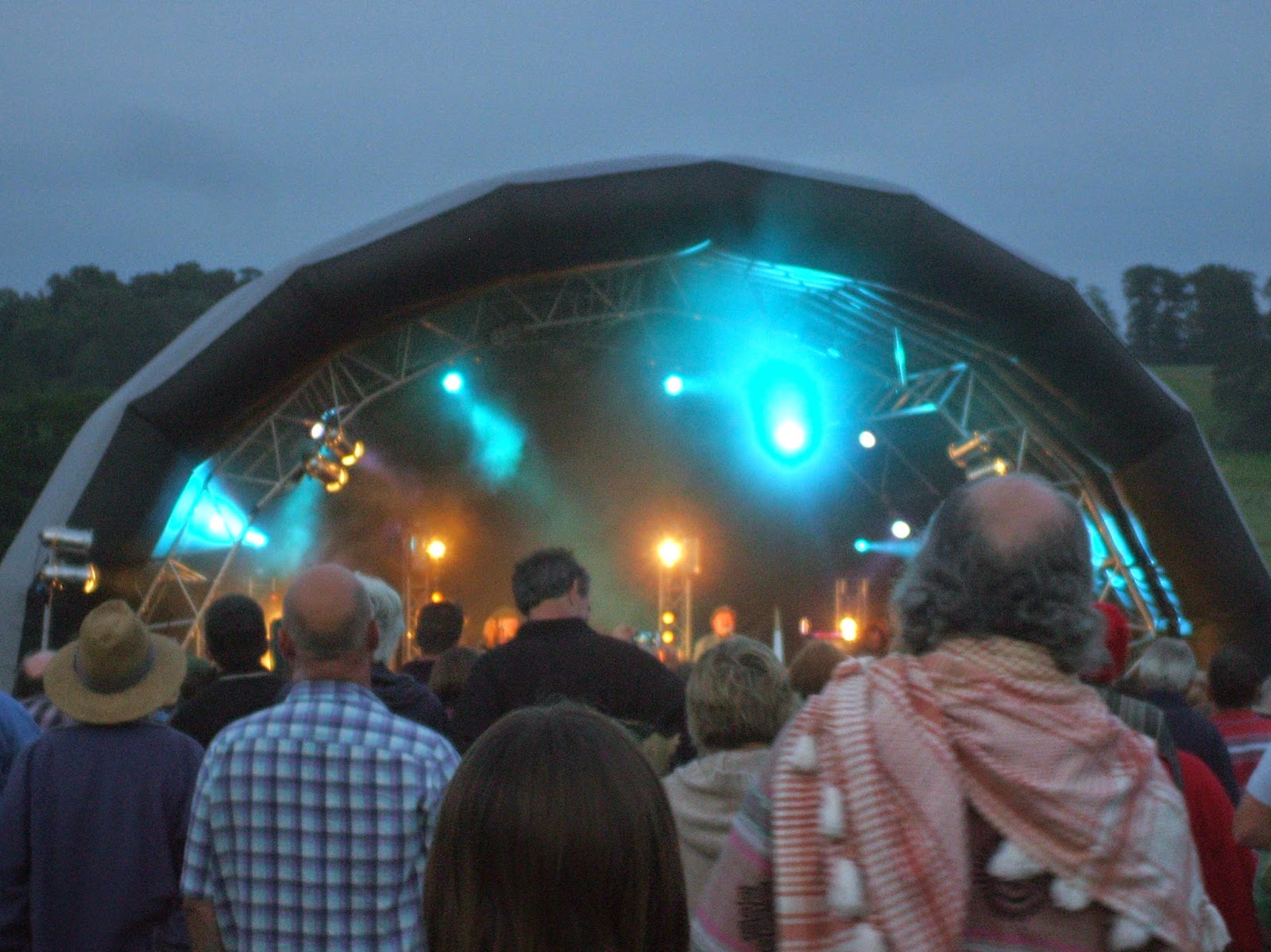 and listening to the Levellers was a perfect end to the day.

It was the first time the festival had been held and we will be back again next year! There seems to be so many open air music festivals catering for different musical tastes held during the summer that you don't need to travel far too find one. We always enjoy watching Glastonbury on television and have always discovered new bands that have become some of our favourites. This year we will be looking out for the Cornish alternative rock band the Black Tambourines who were Runners up in the Glastonbury Emerging Talent Competition.  My son discovered the band during a family holiday in Cornwall in 2010 and he released their music under the Art is Hard record label that is run by him and his friend. Are you visiting any concerts this summer? Are they popular in other countries too?

Wishing you a good week ahead.
Sarah x