Sunrise and Seagulls at St Ives

Following on from my last post it was lovely to hear that St Ives was a favourite spot for many of you too. However, it is not only the tourists and artists that find this town appealing but the seagulls too (there is one in most of the pictures below!) They woke us us early every morning during our holiday, but it did allow us to see many sunrises. 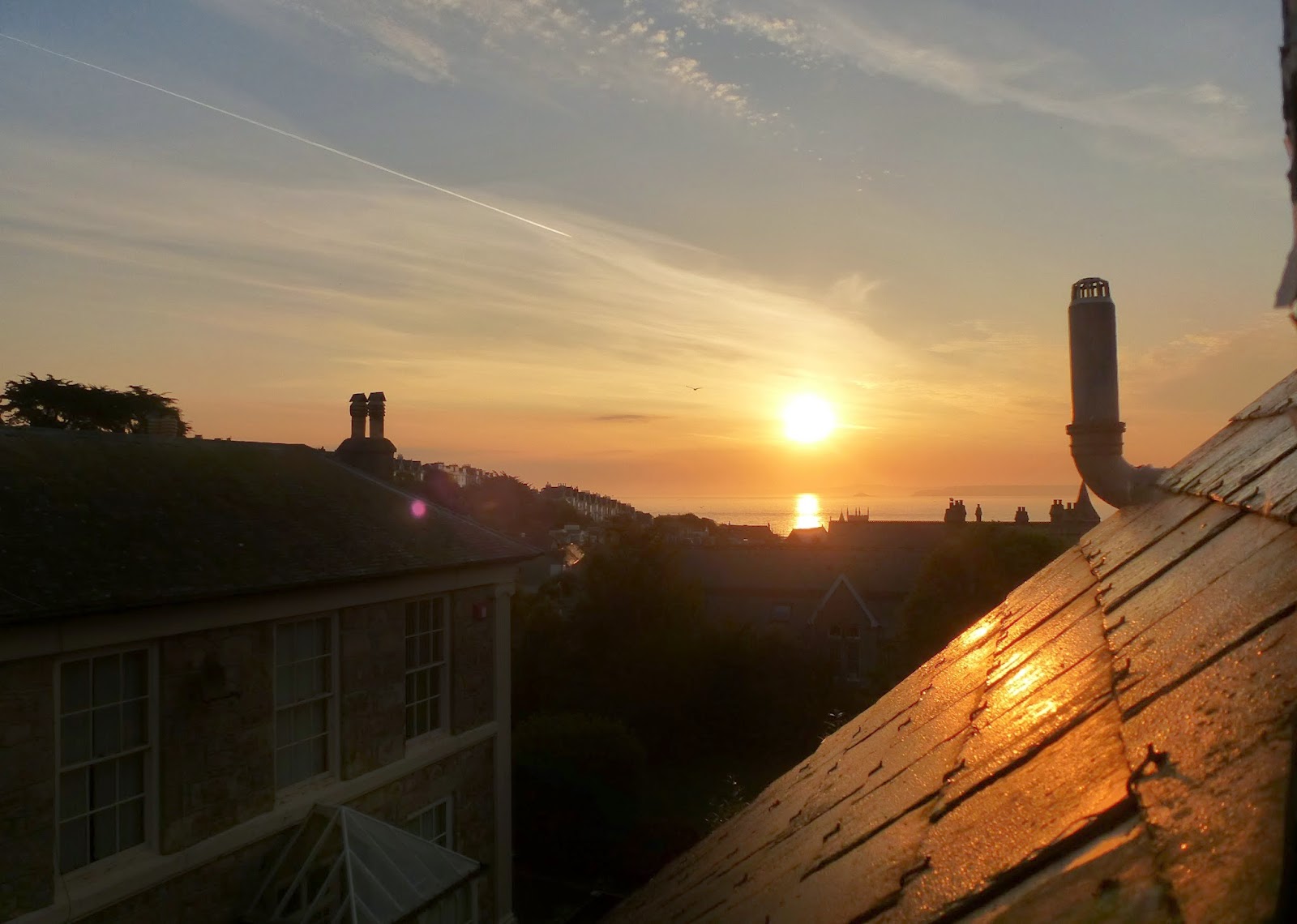 The views from the bedroom window as the sun rose. 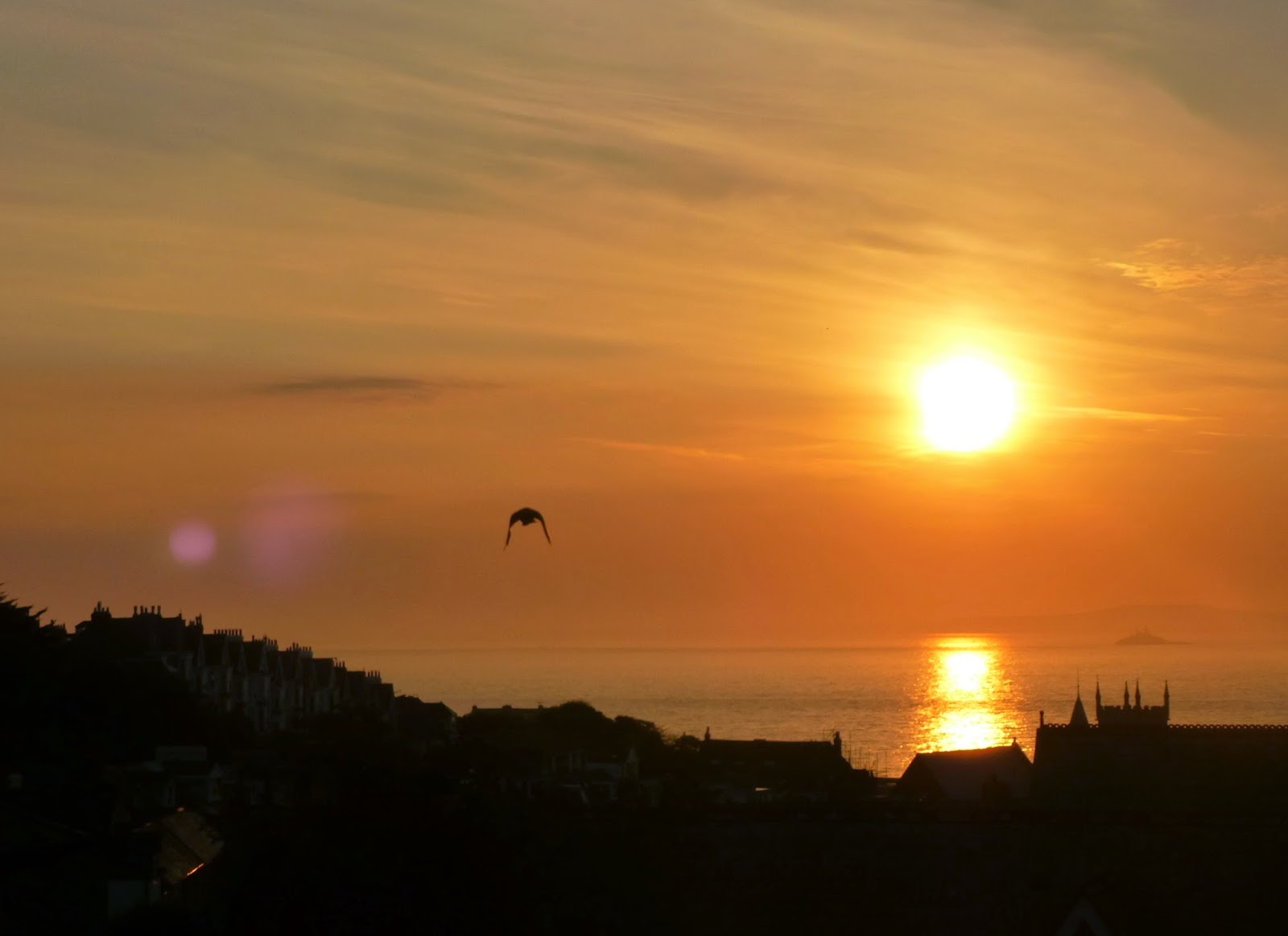 One morning as I was so wide awake that I went for a walk. I had the whole of St Ives all to myself apart from a few fishermen and refuse men, it was quite magical, as you can see. There was also a fellow photographer who stood yawning, tripod ready to capture the sun rise. 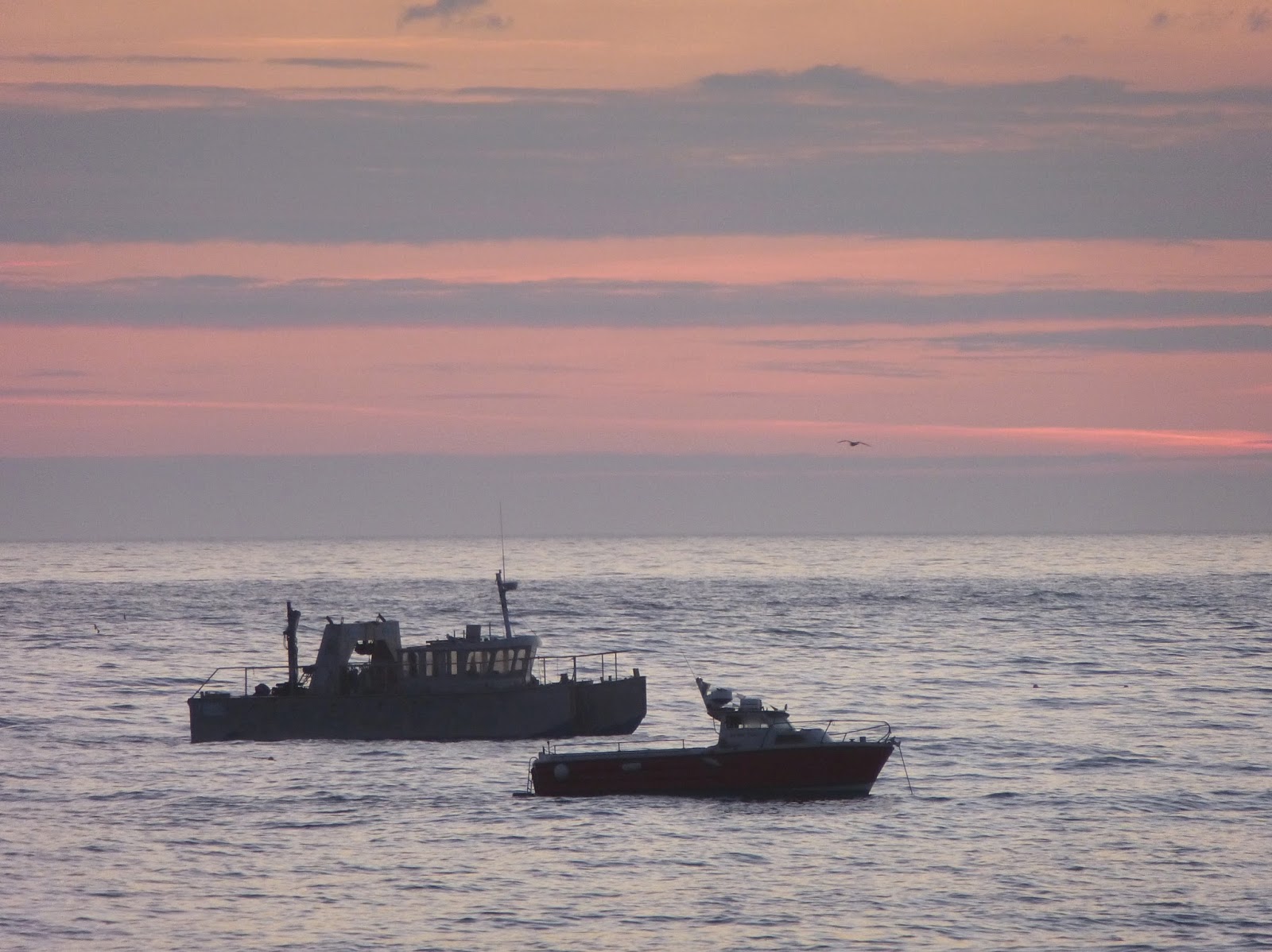 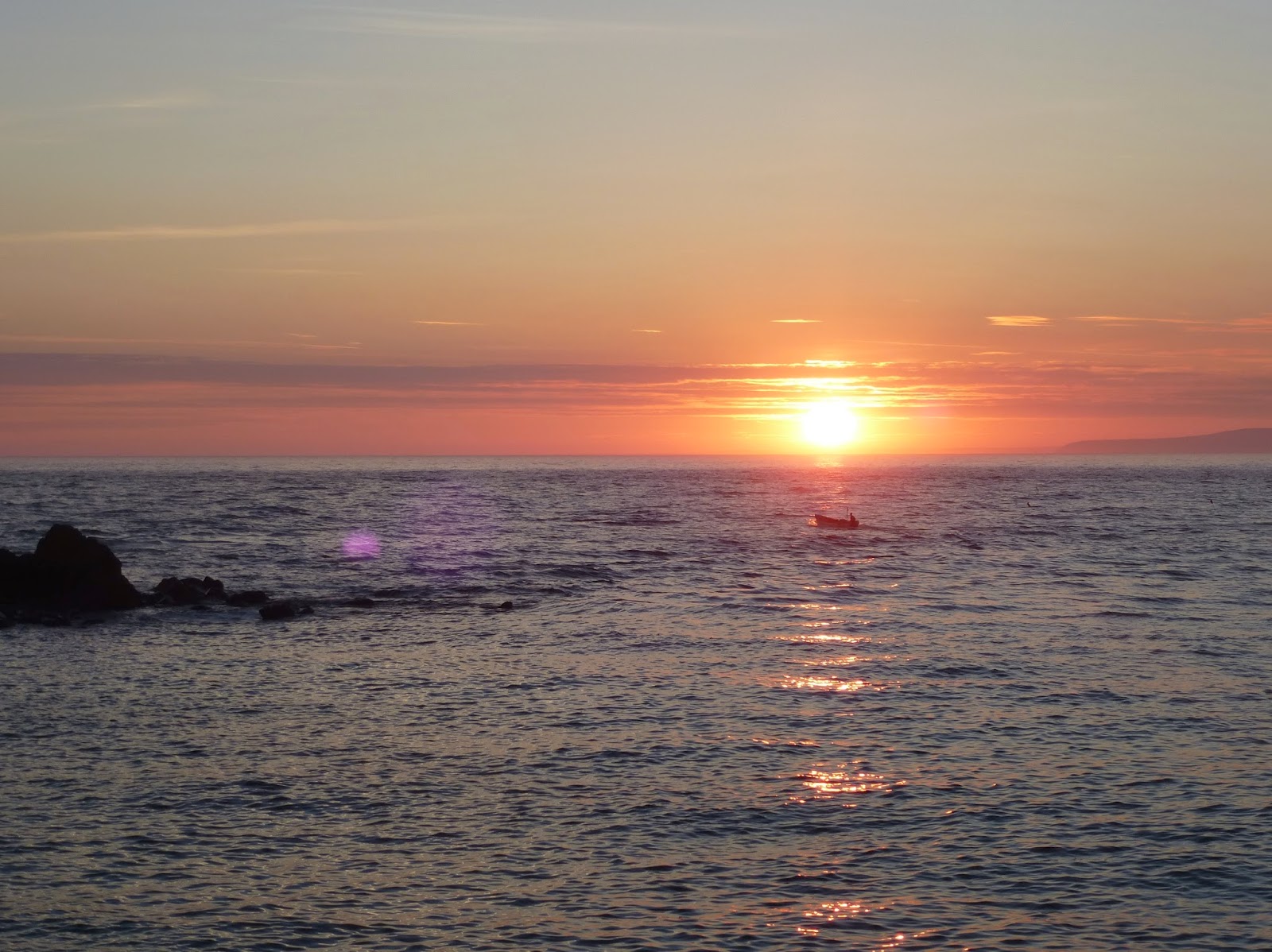 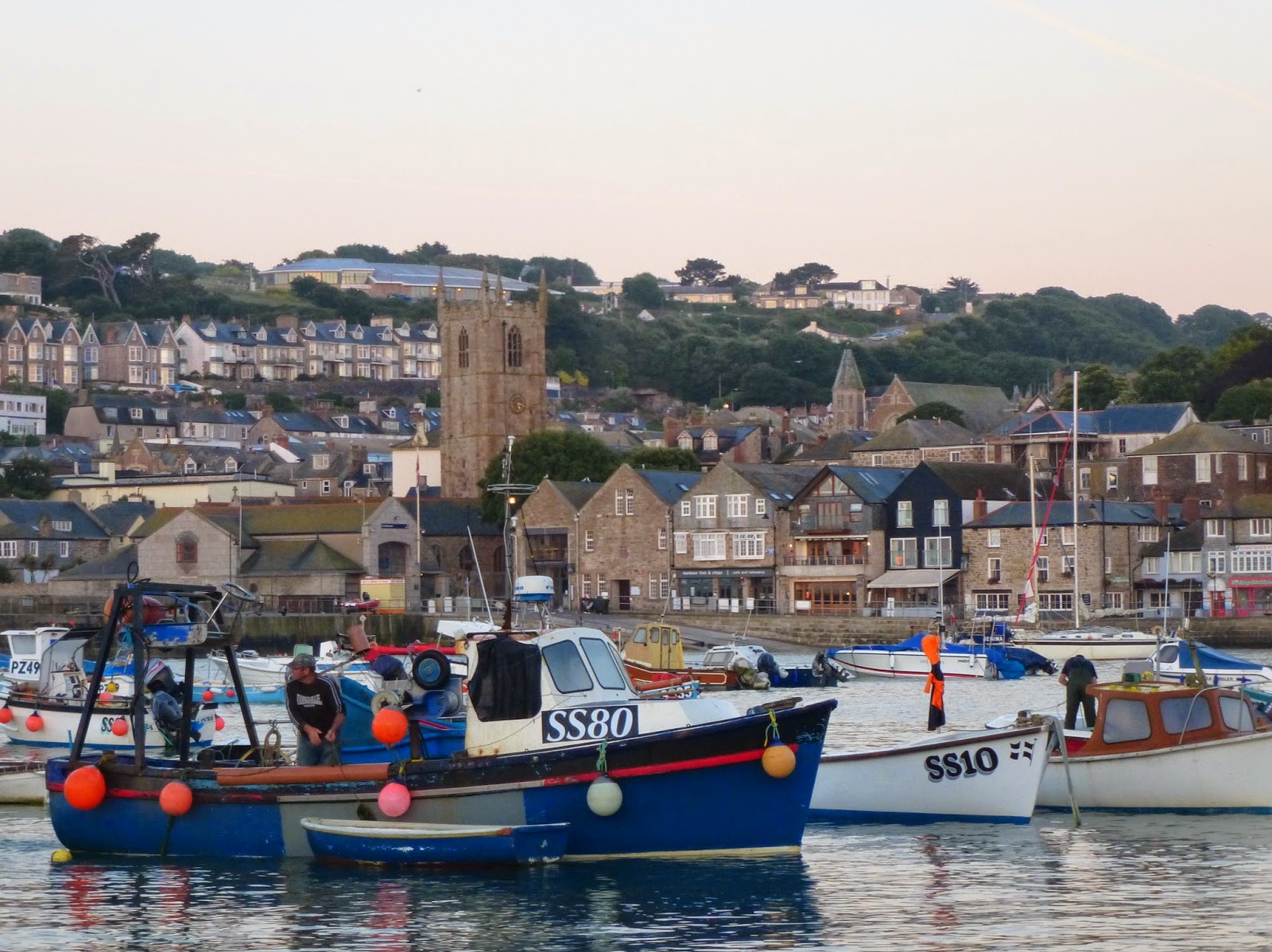 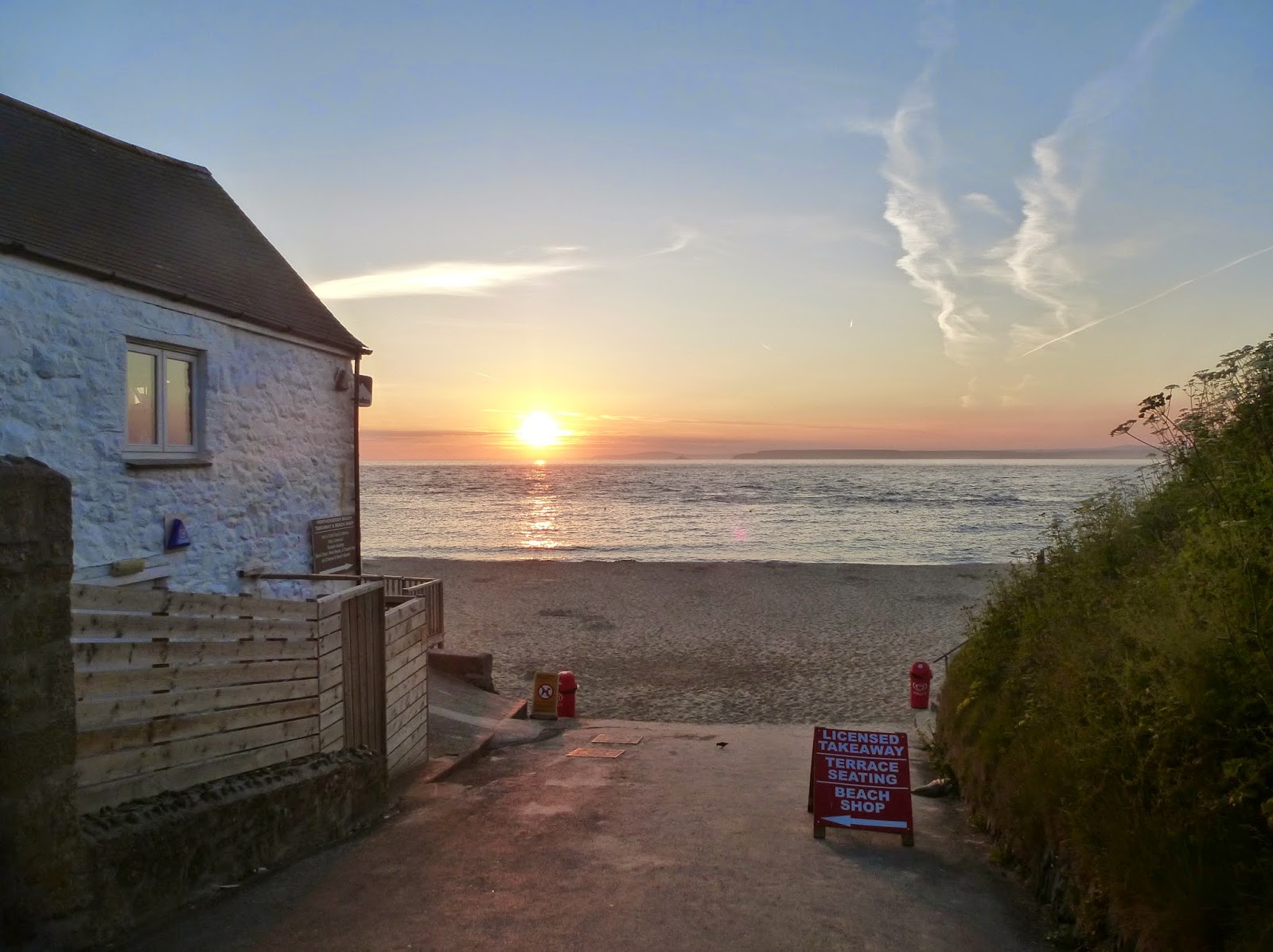 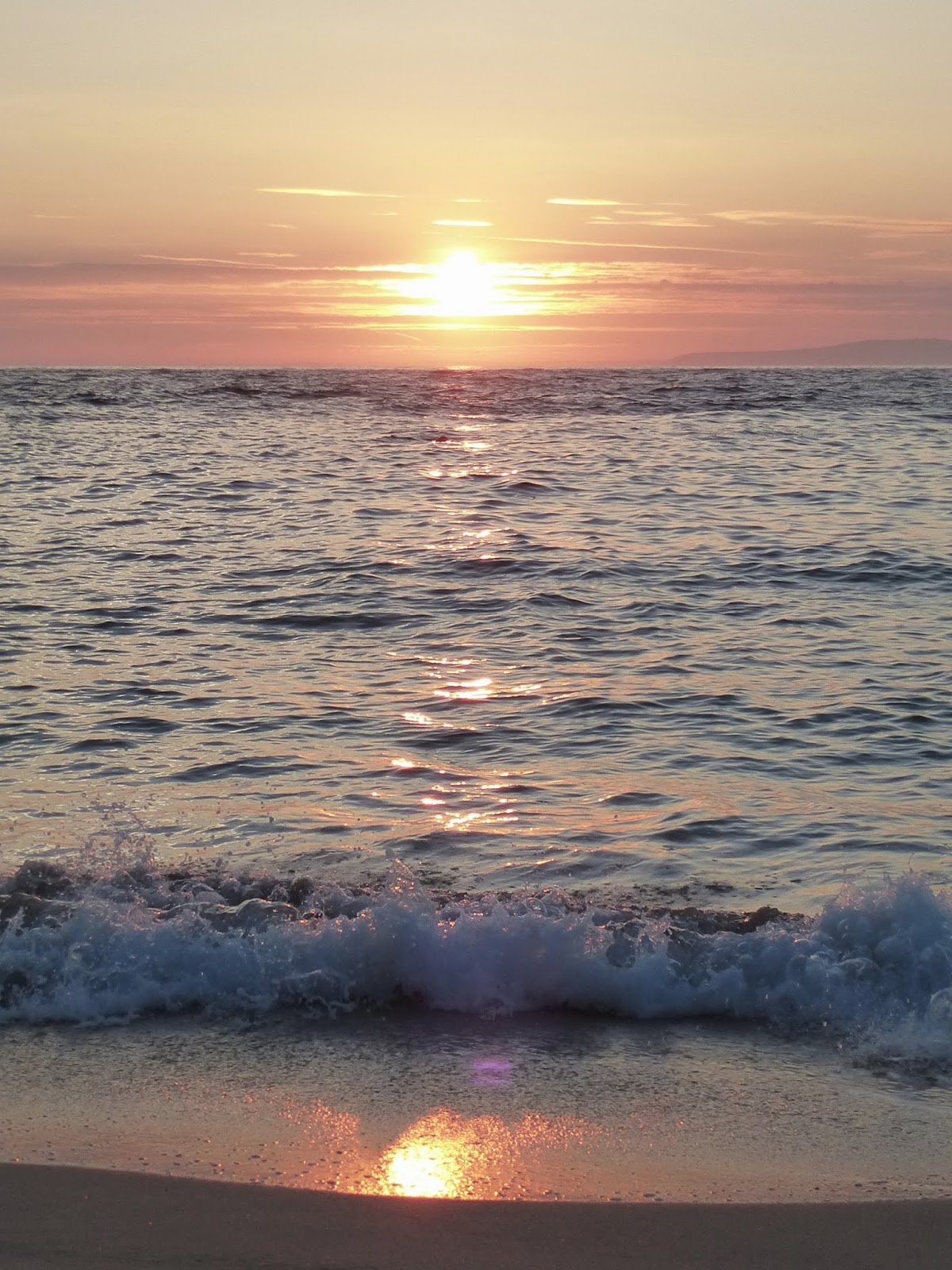 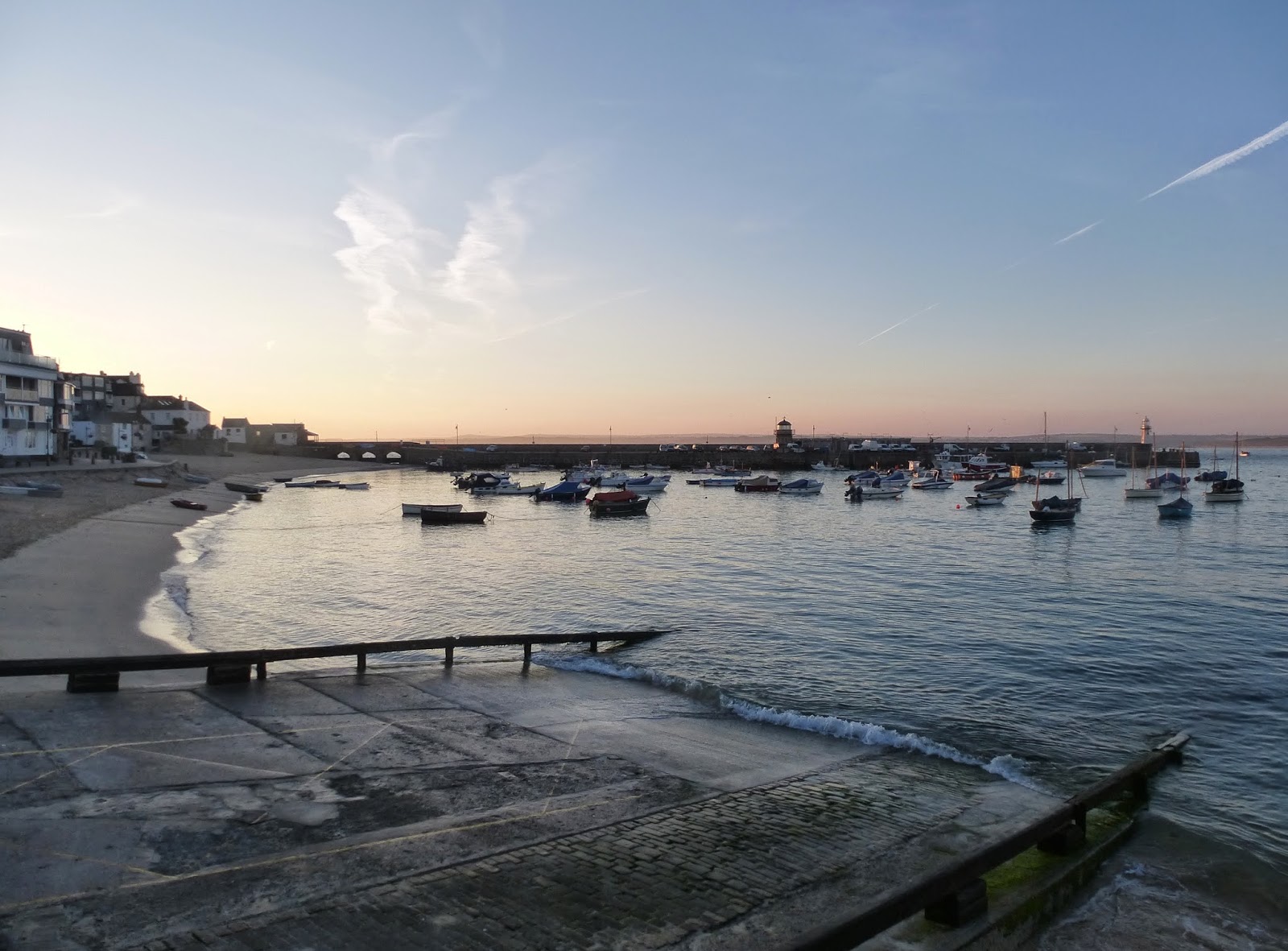 The seagulls were fighting over some rubbish they had found. Last time we visited St Ives my husband was just starting to enjoy a lovely ice-cream as he lent over the railings admiring the view from the harbour, when a seagull swooped down and took the cone straight out of his hand! This time we were prepared to hide the food from view! 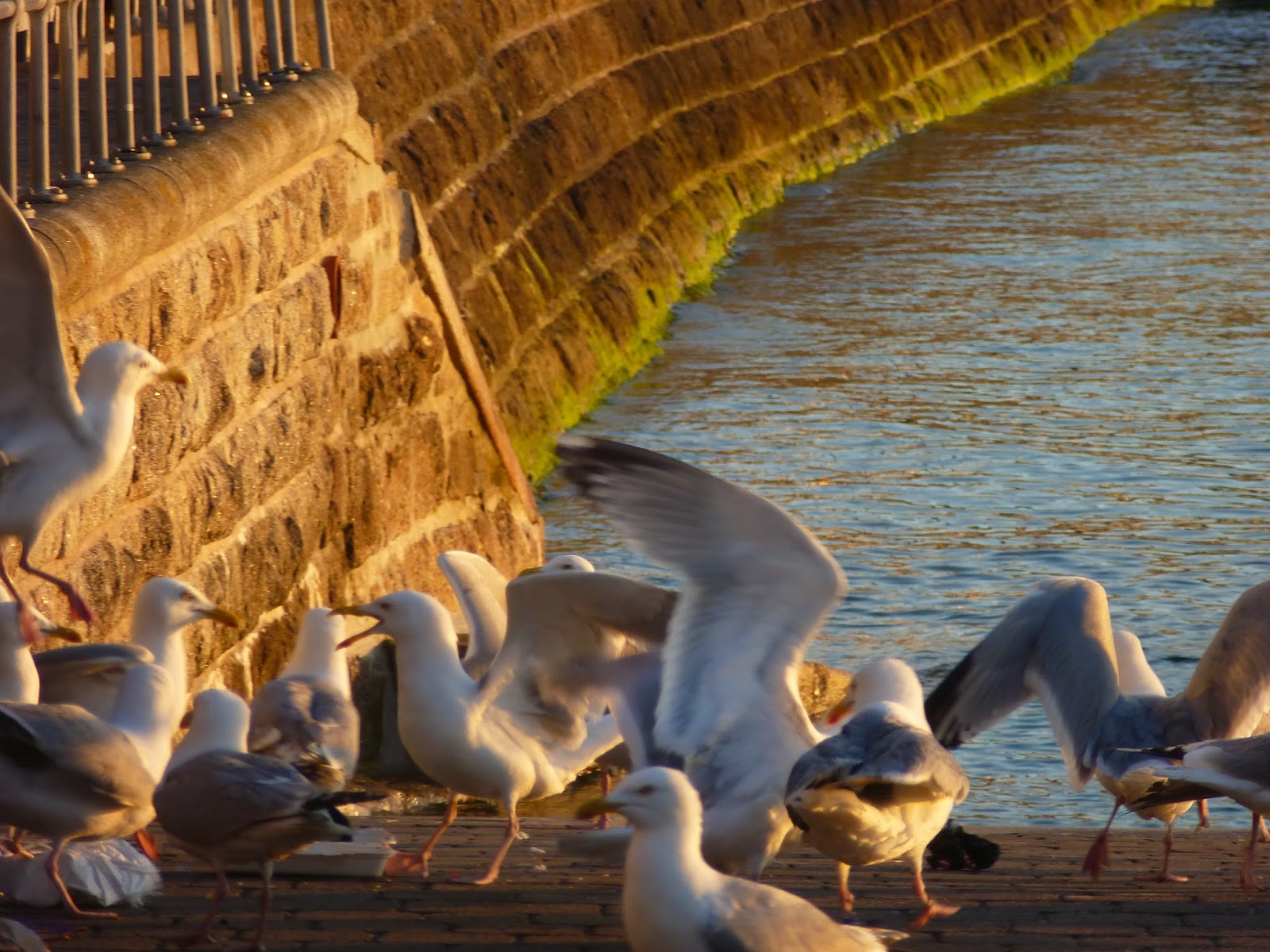 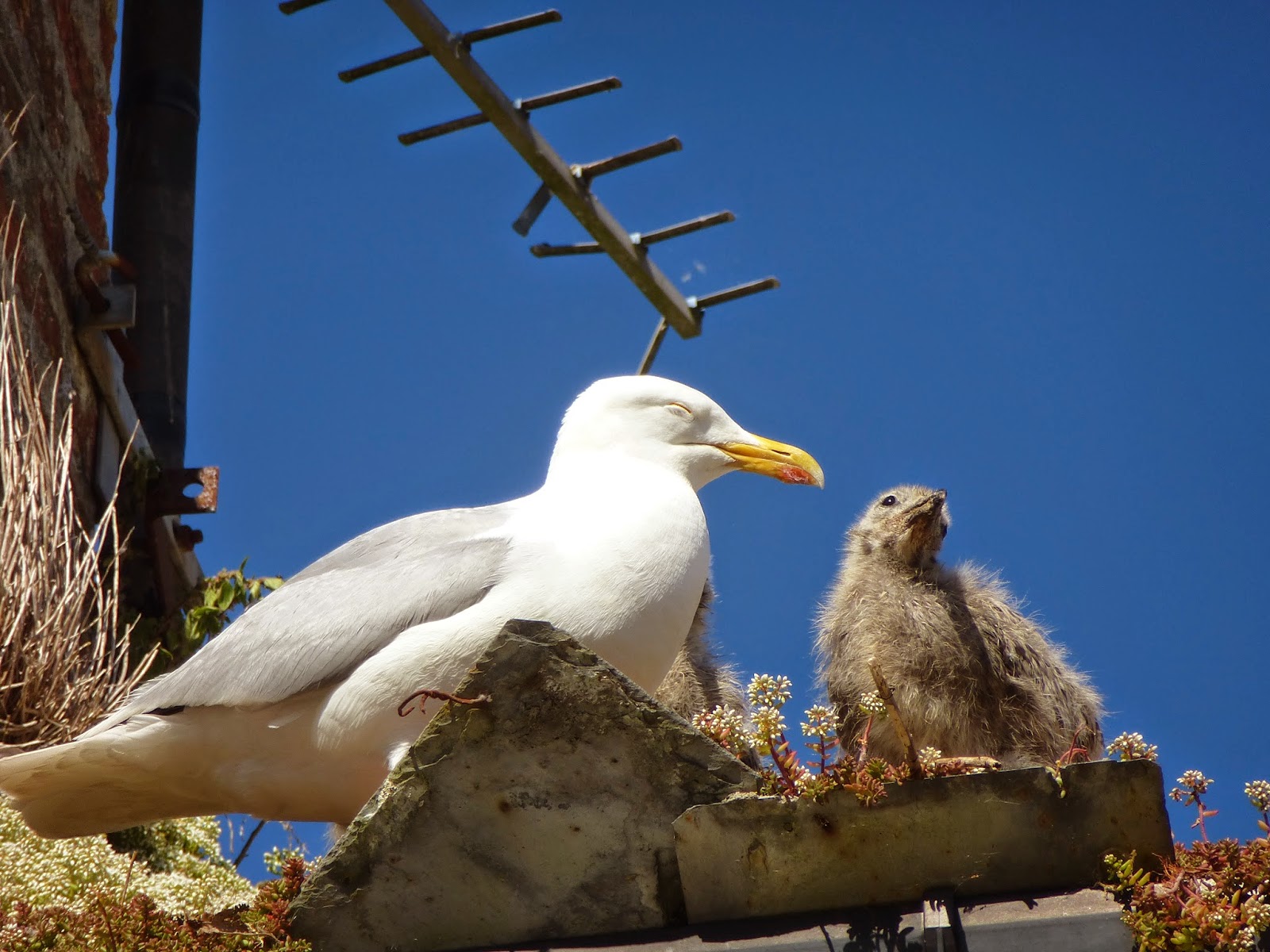 This was our neighbours on a nearby roof, they had 3 chicks. Maybe the adult above needed a quick afternoon snooze after the early morning rise. It was amazing how close to the edge they were! 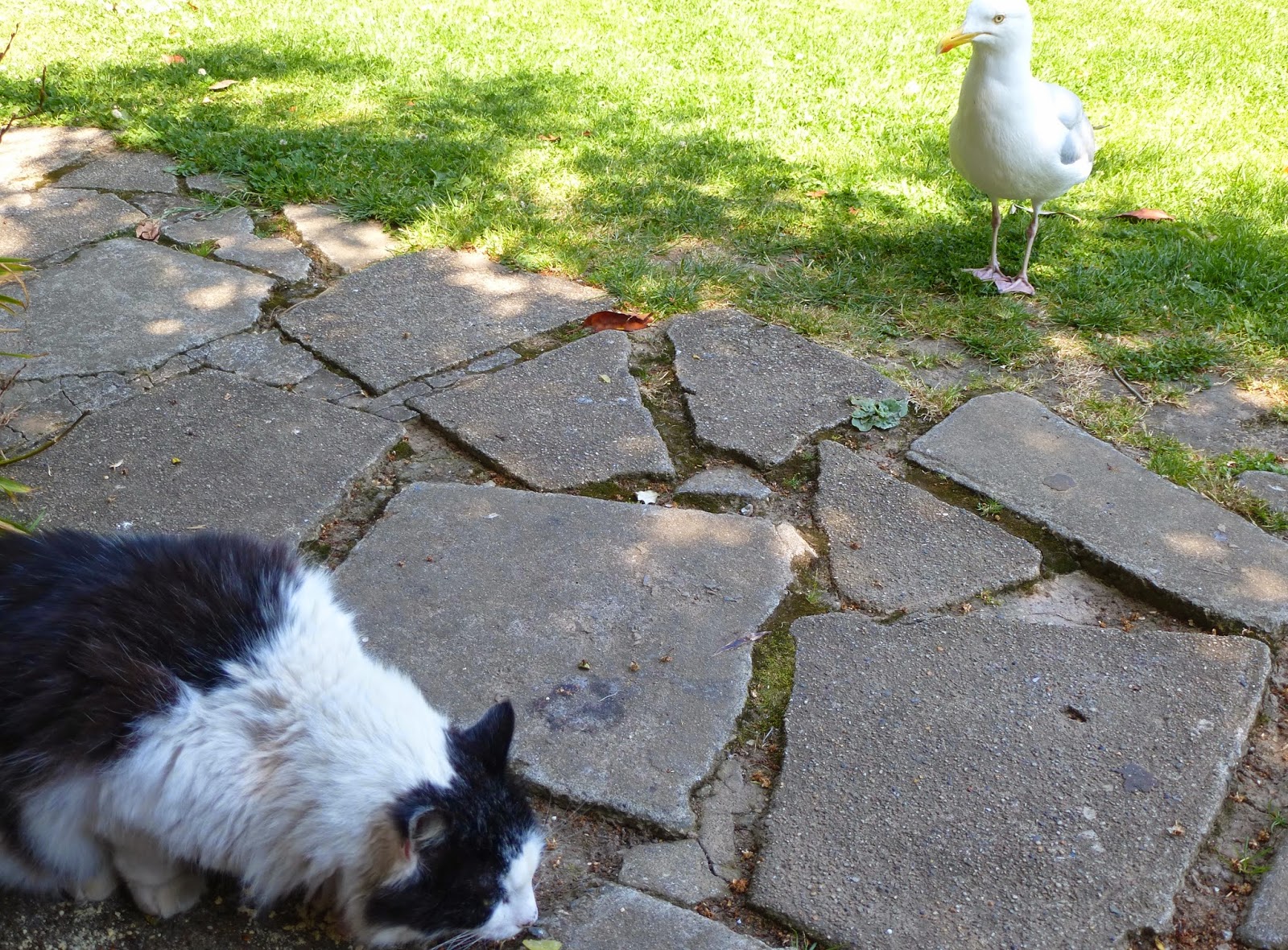 When we visited Penzance we met Tommy the seagull who was a favourite of many of the locals in the park. He was very tame and came right to our feet and the cat seemed to know him too. We obviously didn't put any food down - someone else had dropped it.

We don't have as many seagulls in Weymouth, although I have noticed more seagull chicks since we returned home. An elderly friend was enjoying the last rays of evening sunshine on his patio last week and was dive bombed by a seagull who had chicks on his roof. He went inside and put his cycle helmet and returned to the patio but the bird eventually won! Have you had an experiences with birds?

I have to apologise for not visiting any blogs this week, our feet haven't touched the ground since we returned off holiday.this week. Daisy hasn't been too well - she has aged so much over the past few months. We have also put the house on the market - we had lots of interest and had an offer within 3 days! We have spent most of the weekend looking at properties and have hopefully found a new home but there is still a long way to go. A house move is never a straight-forward affair, maybe that is why we haven't done it for over 20 years!. We will be staying in Dorset and hopefully not too far from the sea!