Making the most of things that matter

At the start of each year like so many others I make resolutions and don't manage to carry them through. Last year I choose one word "DOING" and although we did have many changes I soon forgot what the word was! So I think a new approach might be called for, something that will remind me constantly, especially as my memory is not as good as it used to be! 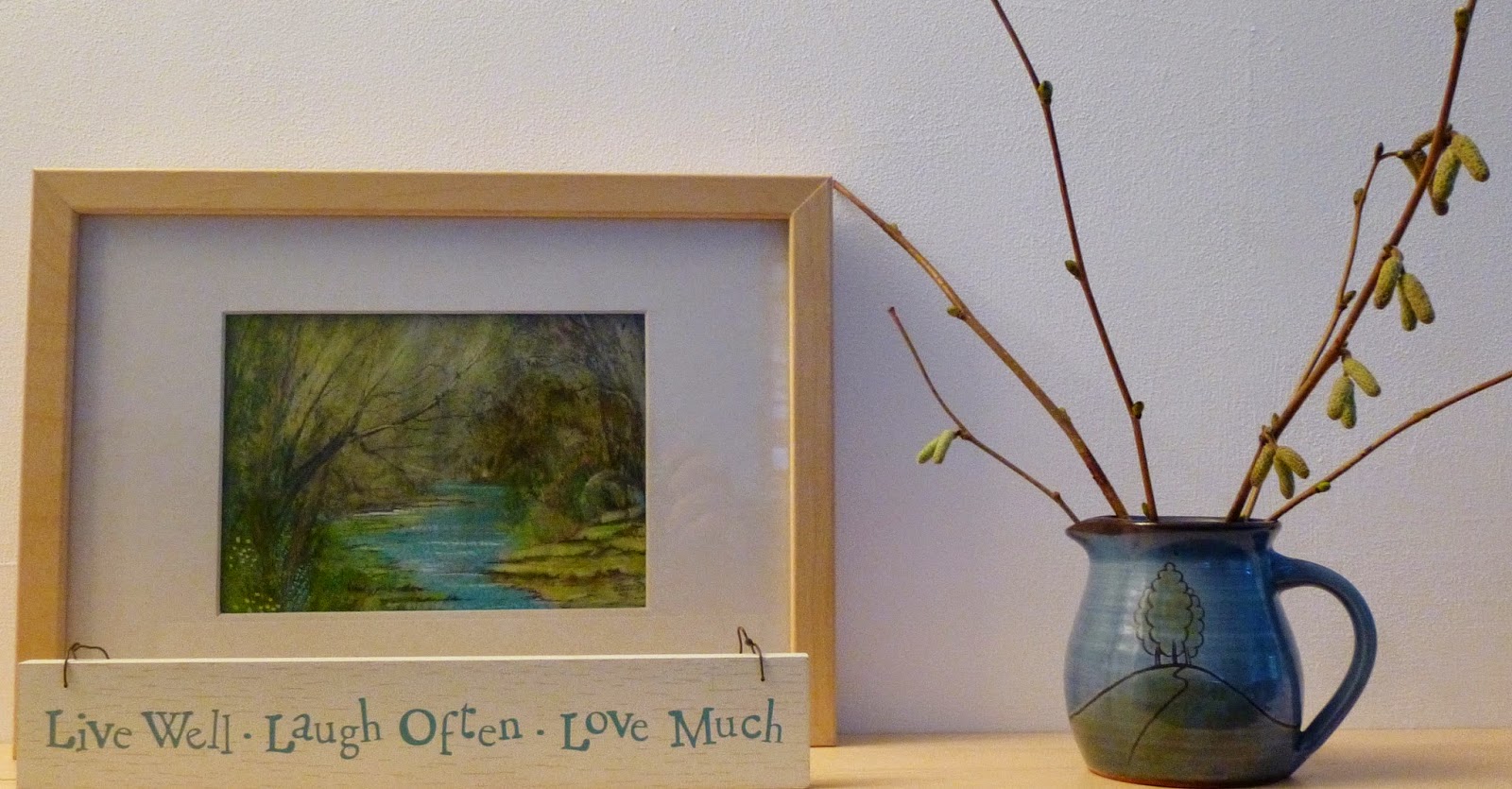 Our daughter bought me this motto above, so this is what I shall try and achieve more of this year, while also making the most of the things that matter.

January is when we start planning what we would like to grow in the garden.Today we noticed our first flower just coming into bloom in our new flower border. The hazel in the hedge already has catkins forming. I have bought some branches inside to enjoy. 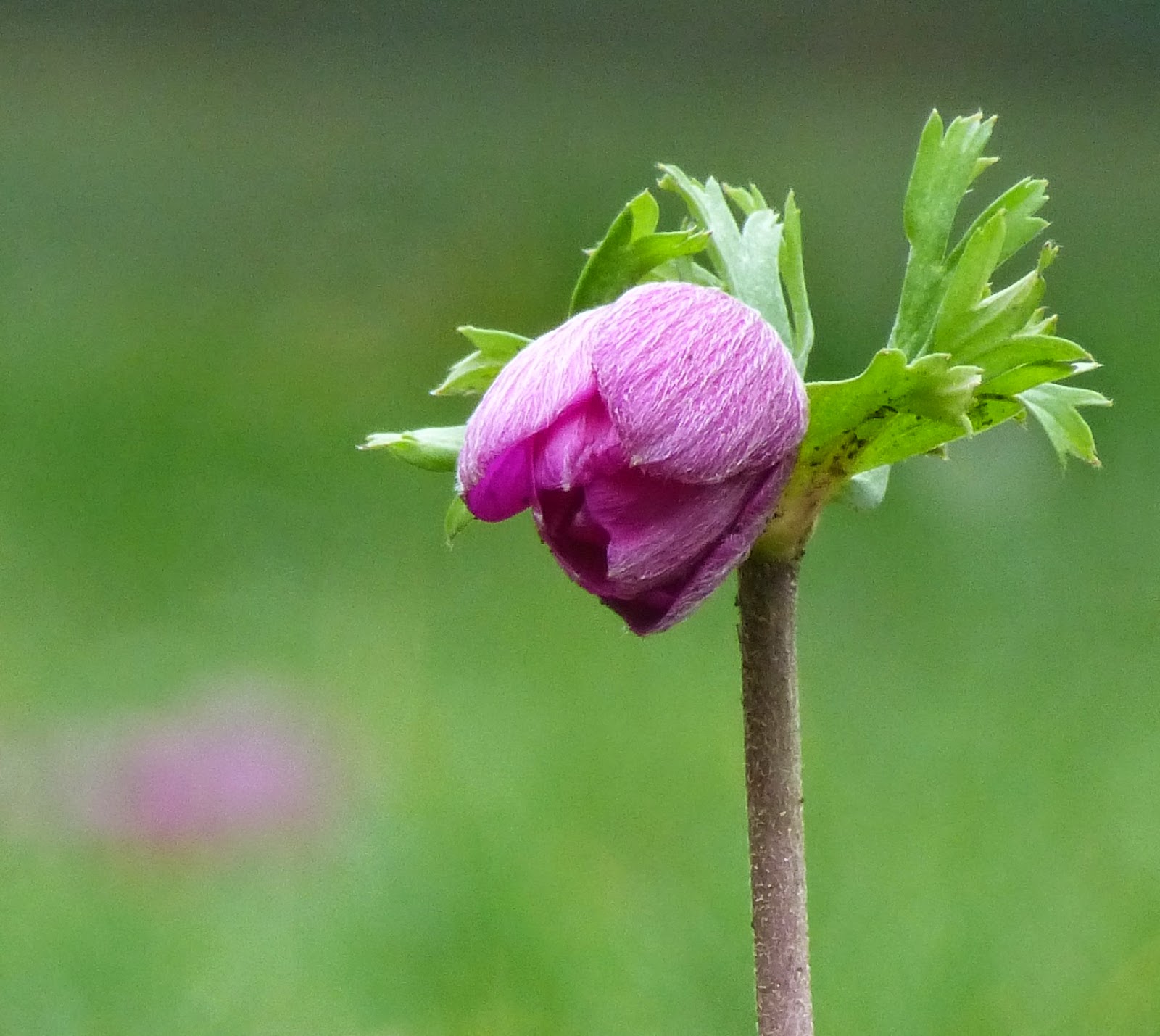 I am going to try and write more lists this year. We have already a long list of local places we want to visit. We thought we knew this part of Dorset reasonably well but we keep finding new places or ones that we haven't visited for many years, such as here in Charmouth ... 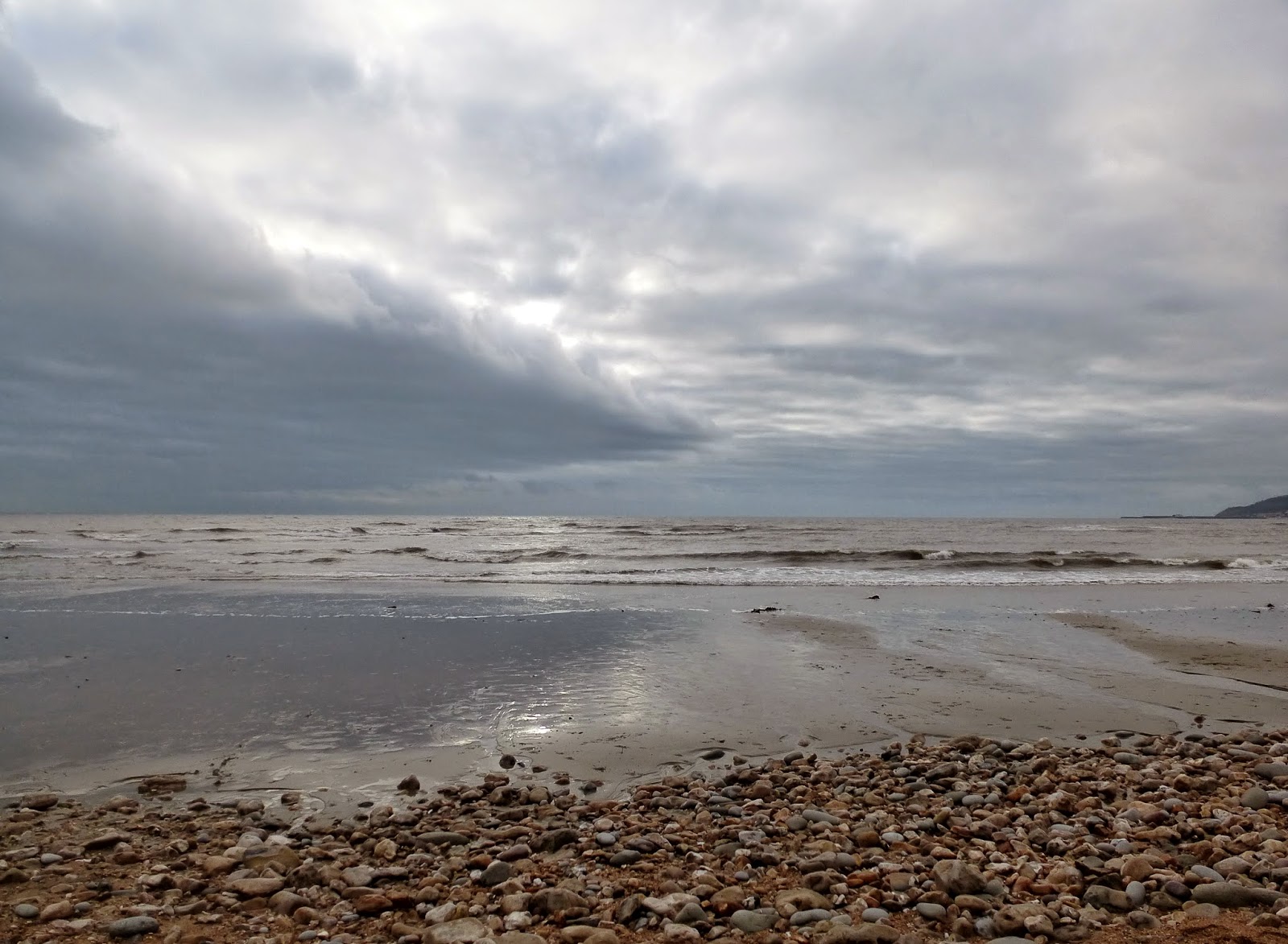 The light on the water was just so beautiful and such a contrast to the dark cliffs. 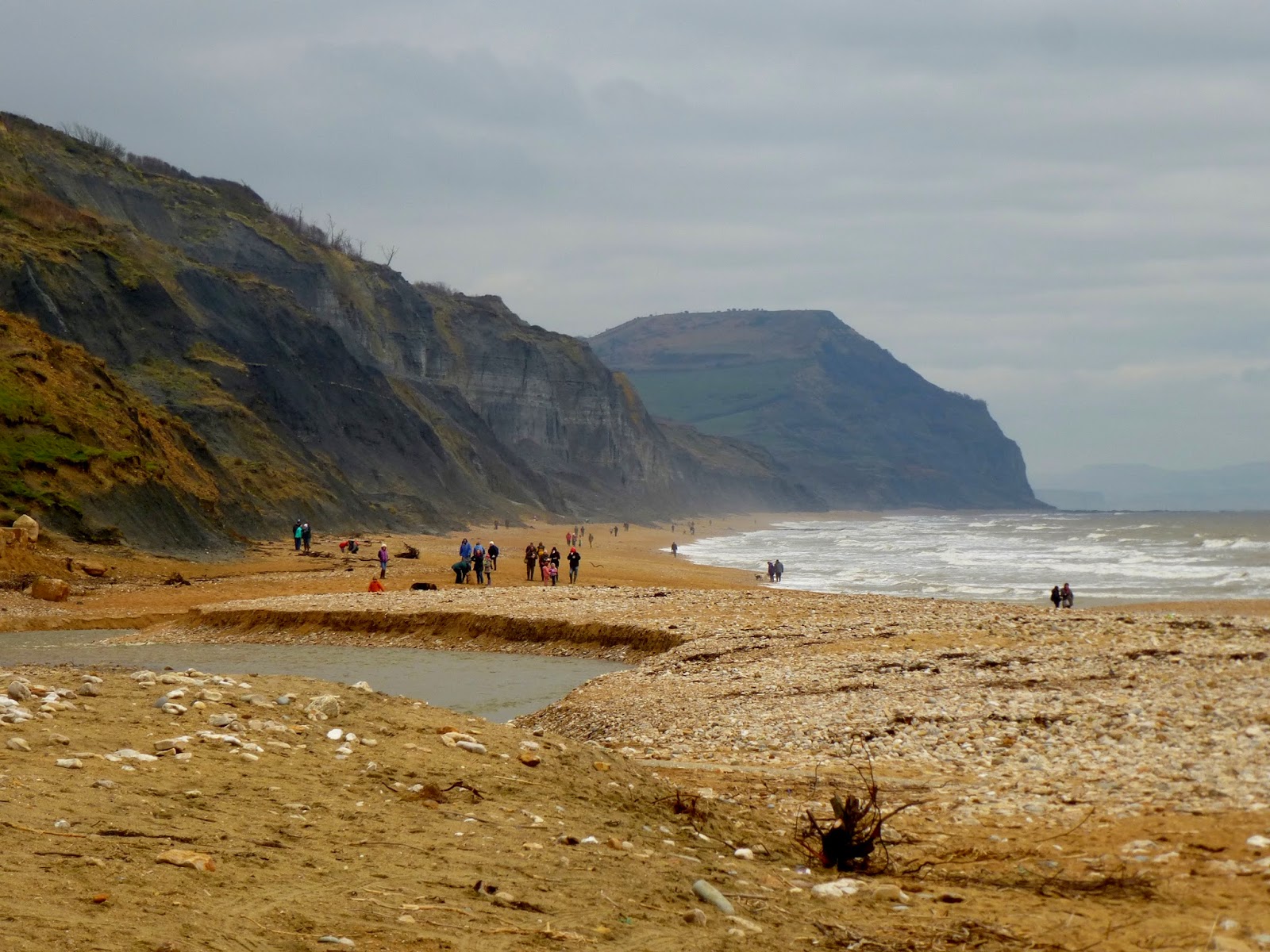 Charmouth is at the heart of the UNESCO World Heritage Jurassic Coastline and a popular location for searching for fossils. The last time we can remember visiting here was in 1994! I can't think why it has taken so long to return! 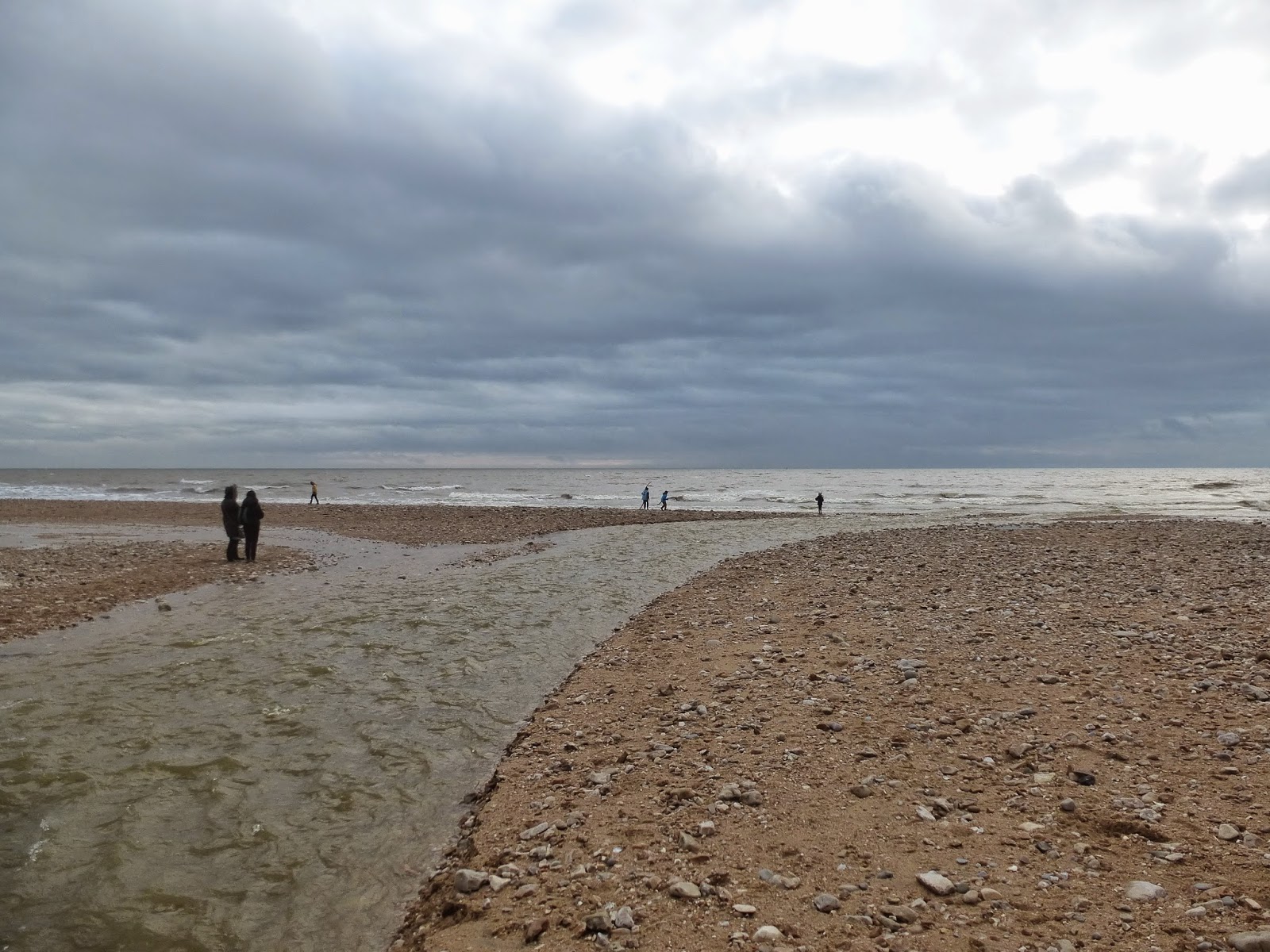 It was also the first time Tavi had seen ducks! 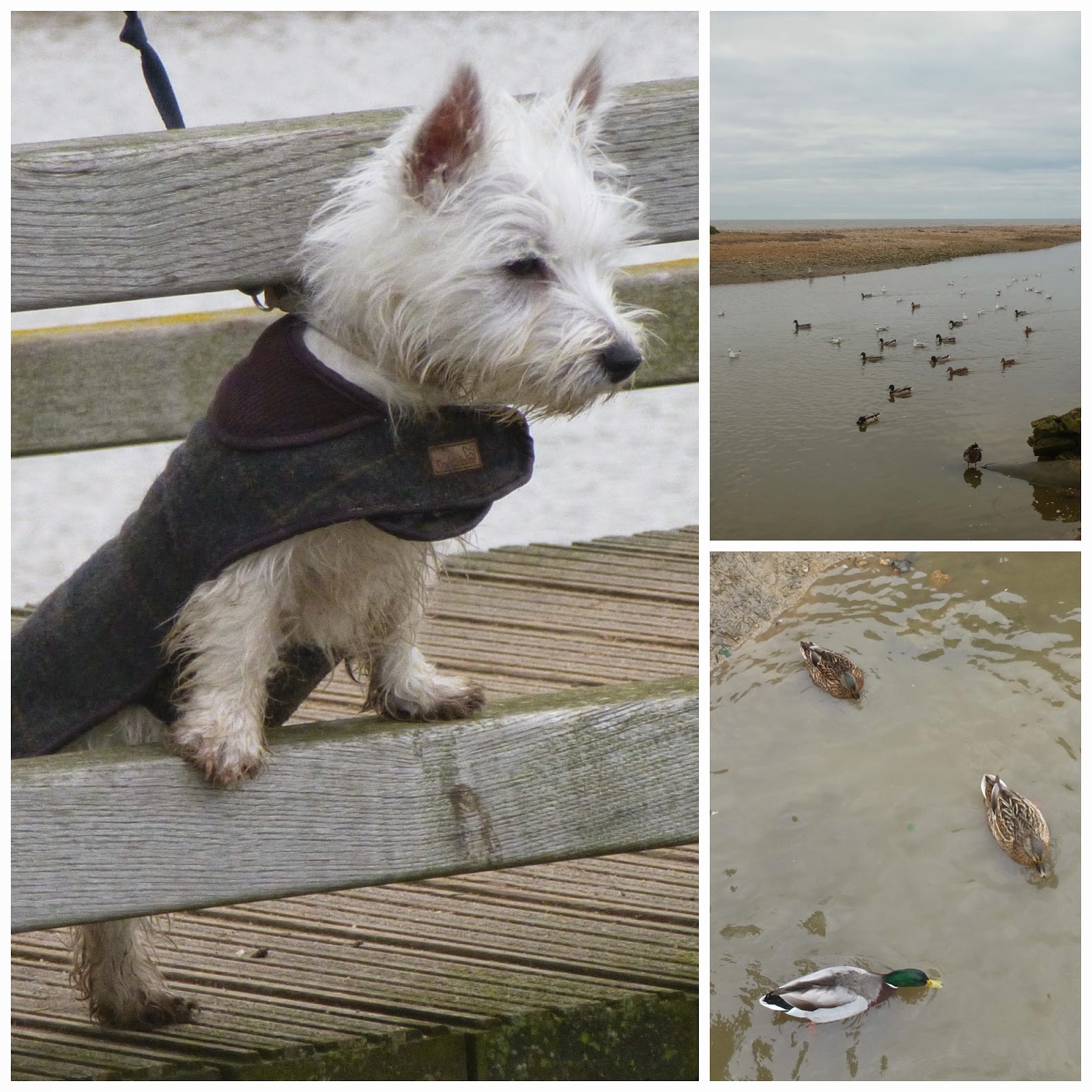 Unfortunately he ended up going home smelling of them too! We were watching some pipits flying overhead and didn't realise until it was too late that Tavi had discovered the delights of  rolling in duck poo!

I'm back to work tomorrow after a long Christmas break, the weather has been so changeable. One day last week we started off a walk wearing hats and gloves and ended up by taking our coats off. It was hard to believe this was December!

Many of you have mentioned the TV programme Broadchurch, so just a reminder that the new series starts on Monday night.

Do you have any plans or resolutions for 2015?
Sarah x