Since my husband and I first met, we have always spent a week off at home in the summer holidays exploring our beautiful county. After so many years we often return to familiar places and discover something new. This is Kimmeridge in the Purbecks in the south-east of Dorset. These boat sheds still provide shelter for the small local boats that fish out of here for lobster and crab. 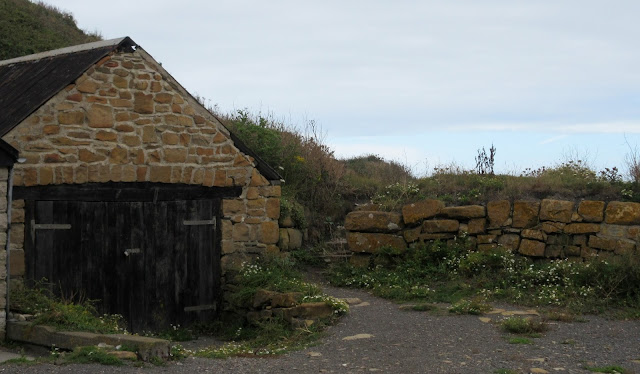 One of the buildings has been converted into marine centre for Dorset Wildlife Trust. As we were looking at the exhibits inside, we were encouraged to rush outside to see a seal that had appeared in the bay. I'm afraid I did not manage to capture it on camera - it's head kept bobbing in and out of the water. I just took lots of images of the sea!  It was wonderful to watch the seal in it's natural habitat. 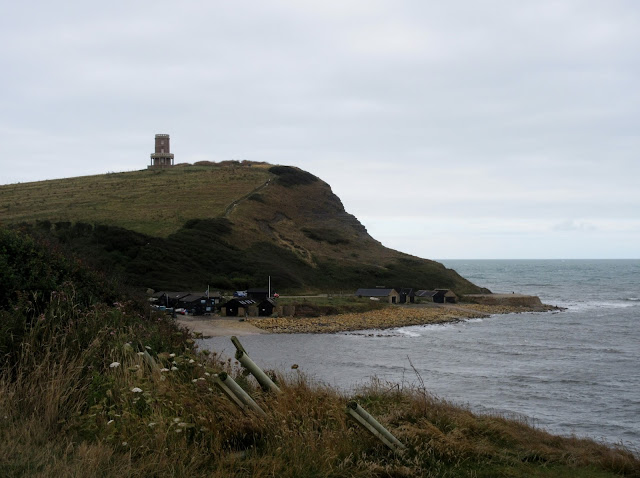 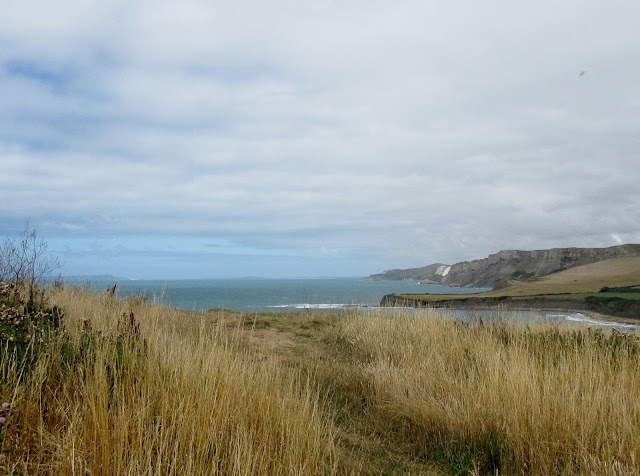 A new addition to this coastline this year is a sculpture by Anthony Gormley to celebrate the 50th Anniversary of the Landmark trust who restore old buildings. It looked quite small in the vast landscape looking out to sea. It is a shame it will only be there until May 2016. Other sculptures to celebrate this anniversary are at Lundy, Suffolk, Warwickshire, and Argyll and Bute, see the 3 minute video here. 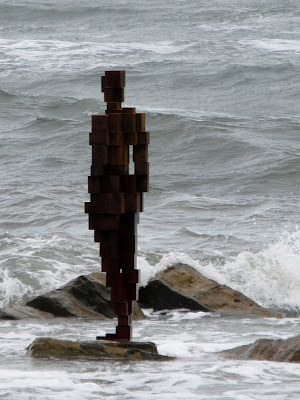 We climbed the headland to look at Clavell Tower which was built in 1830 as an observatory and folly. The cliffs have eroded over time and in 2006 it was moved brick by brick to it's new location. 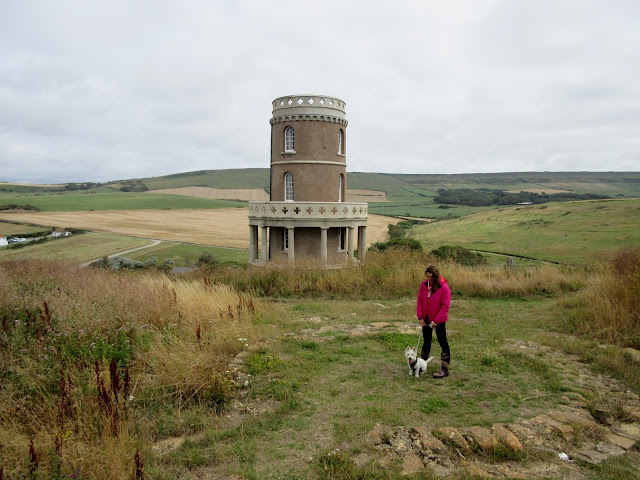 Our daughter and Tavi  are standing where it used to be. The tower belongs to the Landmark Trust (mentioned above) and you can even stay there, see here if you want a peak inside!  (NB It's not a sponsored post I just love looking at interiors especially if they are unusual or quirky.)

Another day we revisited Lyme Regis - this time to disappear from the crowds and head inland. With the glorious sunshine we had to begin our walk by looking out at sea! 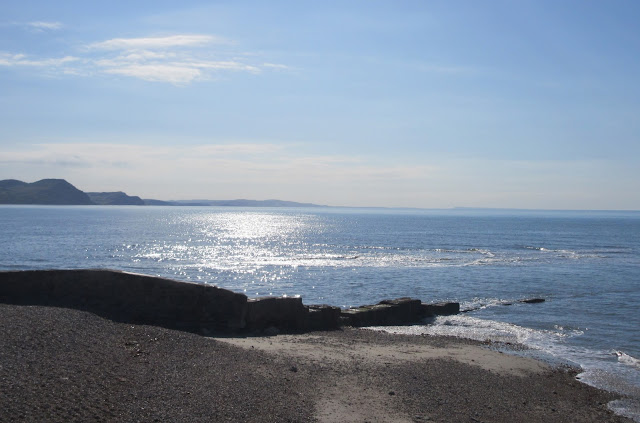 Leaving the busy seaside we followed the river up-stream to Uplyme. Through shady paths with just the sound of trickerling water as our companion. This peaceful location was once the pathway taken in 1685 by villagers from Somerset and Dorset who came to Lyme Regis to support the exiled Duke of Monmouth in his ill fated attempt to topple the King James II. 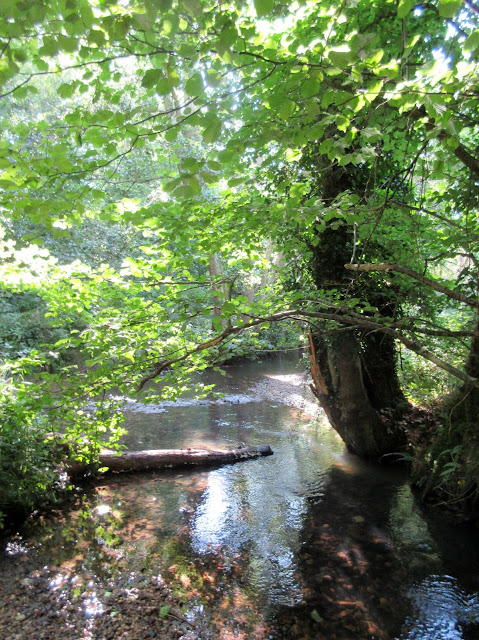 Past a beautiful mill house and other picturesque thatch cottages with names capturing the countryside around them. 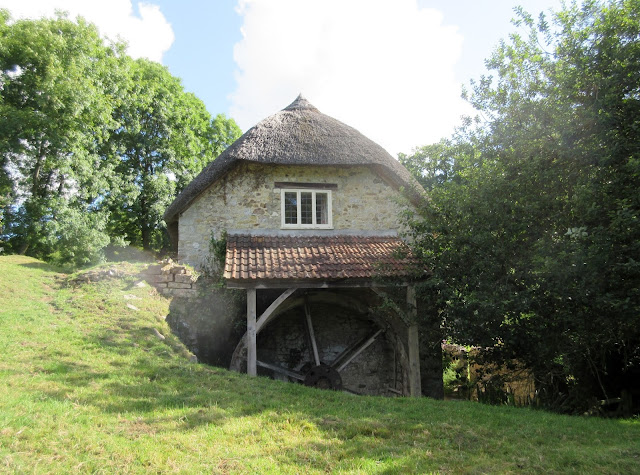 We headed over a village cricket ground with a colourful cricket pavilion. It must be wonderful to sit here on a sunny afternoon watching the cricket and admiring the view. 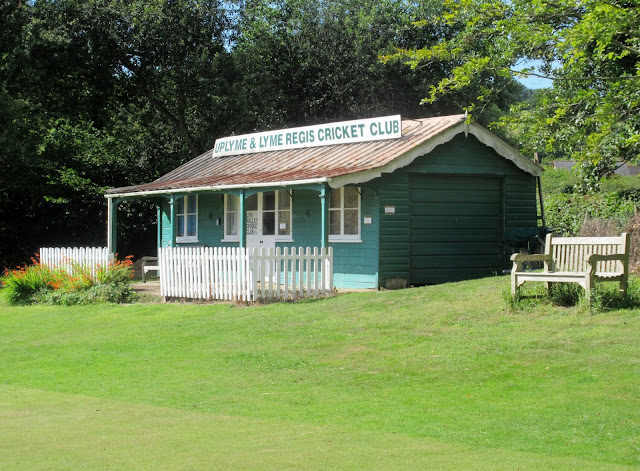 We then walked along empty country lanes until we reached this viaduct. It use to carry trains between Axminster and Lyme Regis but sadly it was one of the lines axed in the 1960's. It must have been a fantastic journey to the sea. 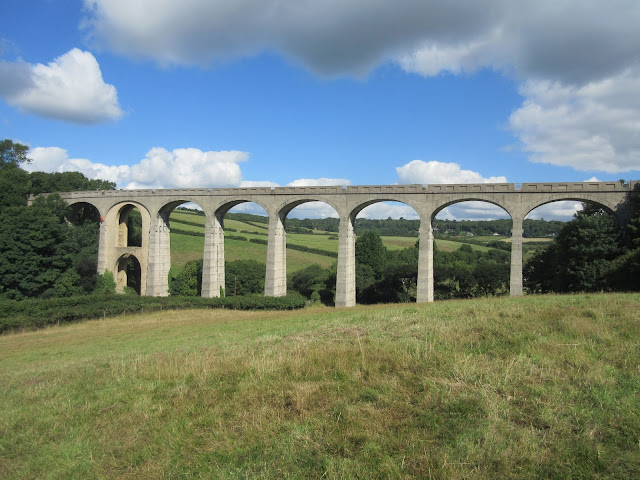 Heading over the meadows and through some woods we eventually arrived back at the sea. The view was so stunning we just had to stop and marvel at it for a while. It is even better in real life!

Heading back to the car we looked down at those who hadn't been quite so energetic as us!

On another sunny evening our daughter cooked us sausages on the beach and my husband did some fishing, Tavi did try to fish too and was frustrated when he had to watch from a distance! 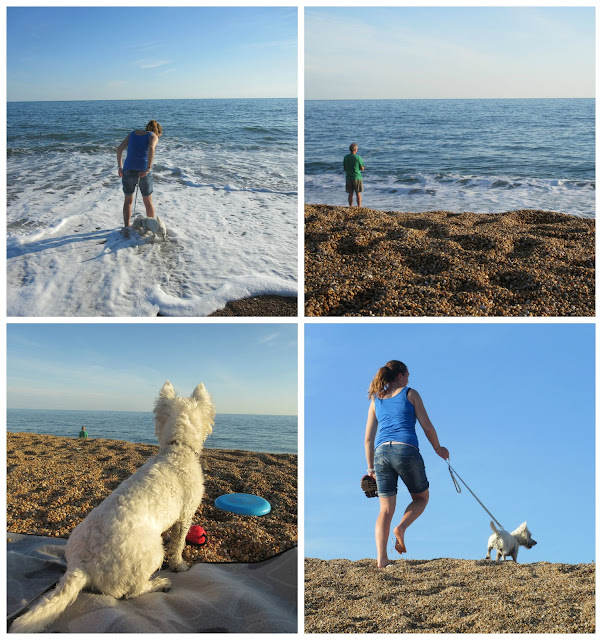 I wandered along the edge of the beach and tried to capture these seed heads glowing in the sunlight. 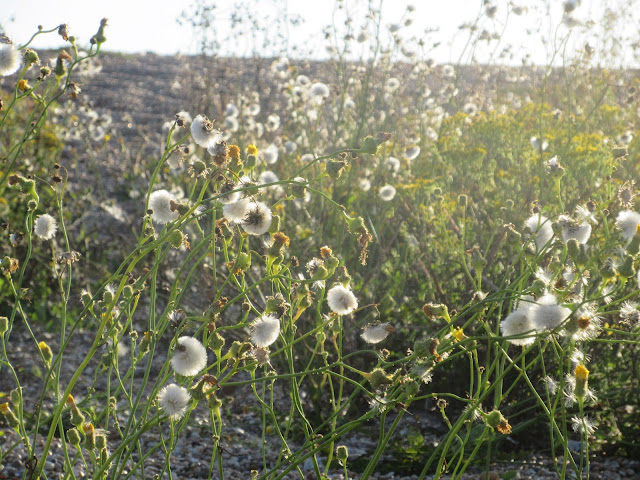 The fishing was unsuccessful for us, but maybe others might have been luckier ! 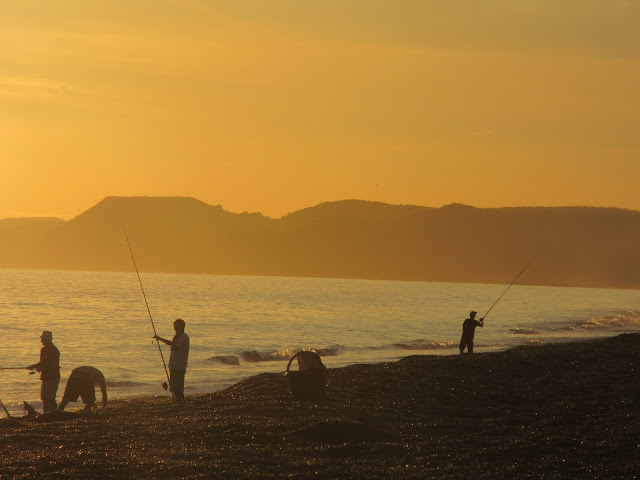 When the sun shines holidays in the United Kingdom don't seem such a bad idea after all! Do you also spend some of your holidays at home?