It's a long time ago since I last took the blog to Bristol and told you the tale of my great great grandfather who sailed the high seas. This time we return to Bristol to tell the tales of his son and grandson who were antique dealers from the 1890's through to 1950's. 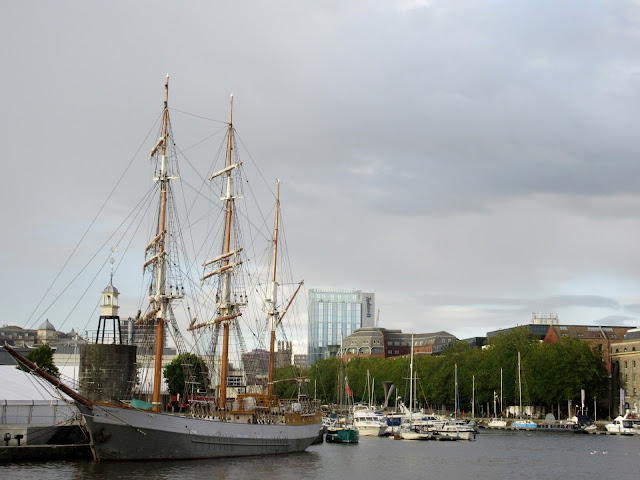 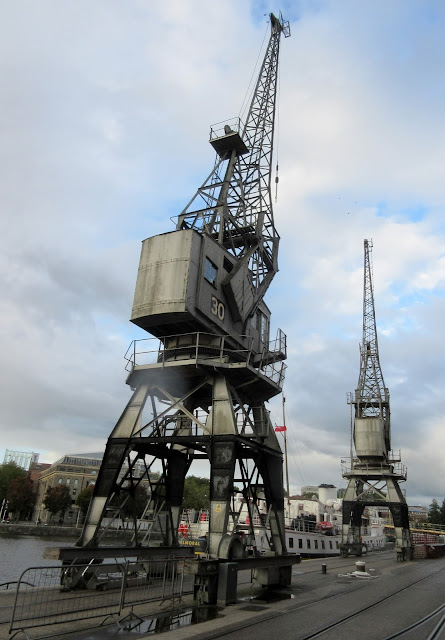 We move away from the harbour and walk a short distance to Park Street. This street was built from 1761 and was Bristol's earliest example of uniformly stepped hillside Georgian terracing. At the top of the hill is the magnificent Wills memorial building (part of Bristol university) that was completed in 1925. 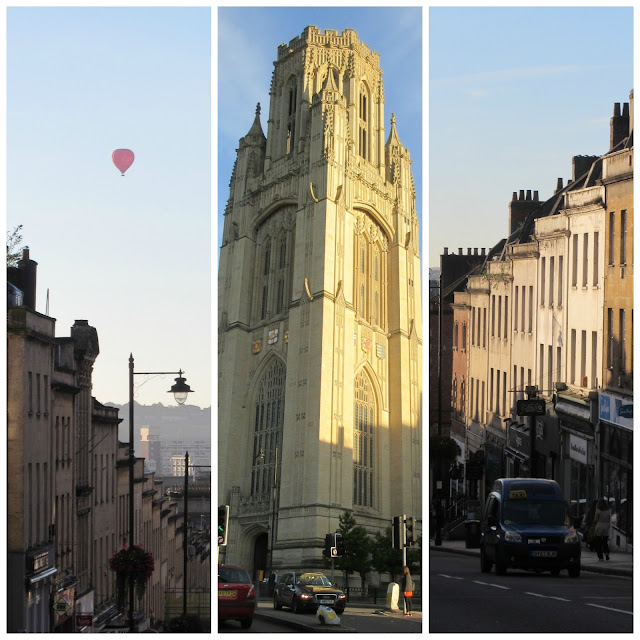 Their antique business operated from half way up the hill the first few years was before the motor cars had appeared. The rich business men of Bristol, who lived in Clifton would ride their carriages to work, and in the evening walk up the hill to meet their waiting carriages. A few arm chairs near the entrance to the shop would entice them in to rest and browse! Initially buyers were interested in furnishing their homes with antiques, but many then started to build up collections of either china,glass,or furniture. 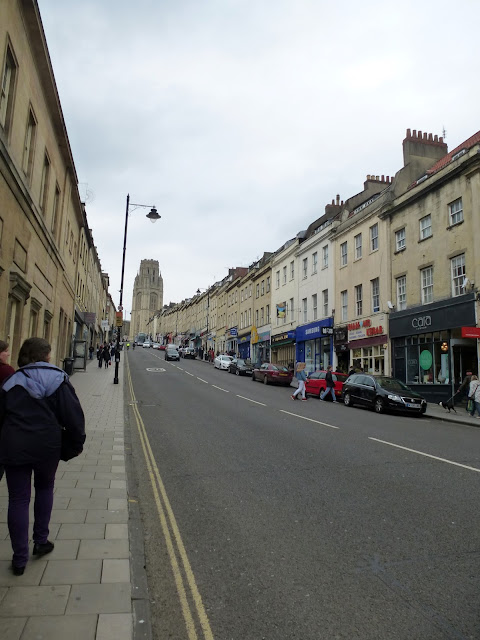 The initial stock for the shop included silver items most were of Dutch origin and included fancy spoons,embossed bowls, silver models of windmills, ships in full sail and animals. Each Saturday afternoon the family would gather around the dining room and in my great uncle's words "clean the wretched stuff". He tells the story how his sisters (one of whom was my grandmother) hated these afternoons, even when after the work was done they were paid a penny for their work and given a special tea!

Many, many years later I remember during school holidays helping my mother cleaning the silver and getting very dirty in the process! At a street market last weekend the decoration on this EPS bowl caught my eye and at the price of £1 I couldn't resist! As I clean it I will think of the previous family silver cleaners! 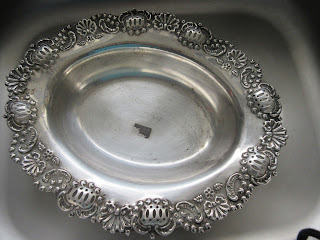 After the 1st World war there was a boom in the antique business. People had more money to spend and owners of large houses were finding it increasing difficult to employ staff and started to sell off items and down size. This quickly attracted some rogues to the trade and to counter this the "British Antiques Dealers Association (BADA) "was set up  to safeguard the interests of both buyers and sellers. My great grandfather was one of the original members. The Association will be celebrating their hundred year anniversary in 2018.

Many of the antiques were bought at local country auctions in the West Country and Wales. This involved travelling by train,cabs,traps and wagons.  They couldn't help feeling sorry for some of the private sellers who had fallen on hard times and had to resort to selling their possessions. 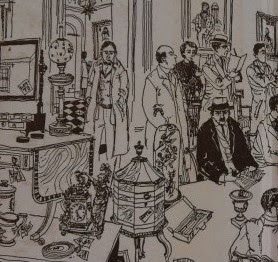 It wasn't until the 1920's that American dealers and private buyers started to appear. One of these early American customers was Mr Charles Hellen who was one of the top managers of Heinz who was sent to England to develop the English side of the business. He became a regular customer and bought at least one item which Mr Heinz was looking for. He sent them some samples that arrived in a huge wooden box containing over 24 products!

The life of a dealer could be very exciting - they often met famous people, discovered many valuable and interesting pieces and they never knew what delights tomorrow would bring. My great uncle was even visited by Queen Mary and the Duke of Kent (they both purchased some items) and one of their regular visitors in  the 1930's was Rudyard Kipling and his wife. 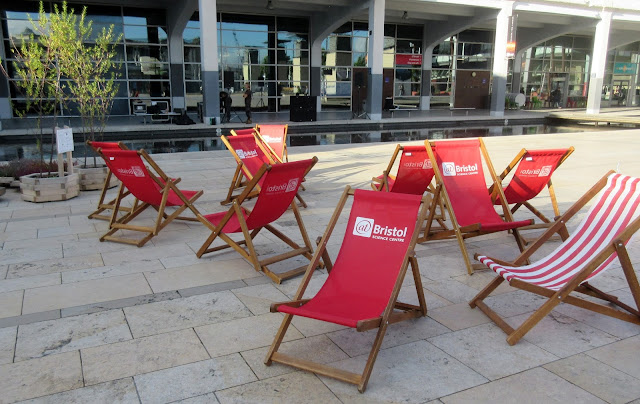 I wonder what my ancestors would think of Park Street and Bristol today. Our family have on many occasions sub-consciously been attracted to where our ancestors have lived. Have you ever discovered this in your family too? 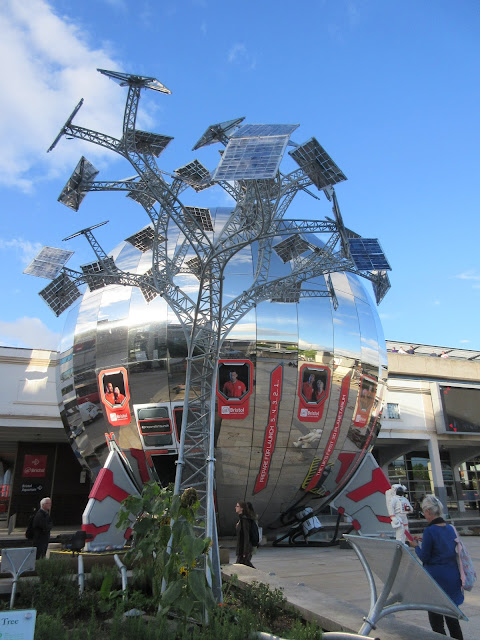 I have always felt at home when I have visited Bristol and last year my son and his girlfriend made it their home when they got jobs in the city. They looked at a number of flats and the best one they saw and took on was around the corner from Park Street. My cousin told me that her son had lived in Park Street for a few years too! My son's journey to work takes him down the hill every day to his office overlooking the harbour.


In 1929 there was less passing trade and it was decided to move the business to Bath where it carried on being successful until the 1950's, when retirement and the smell of the sea beckoned.... 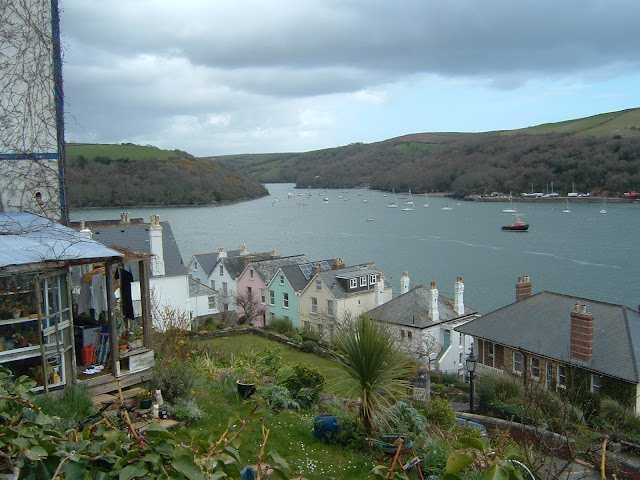