Which way to go that is the question. Let's just carry straight on ... 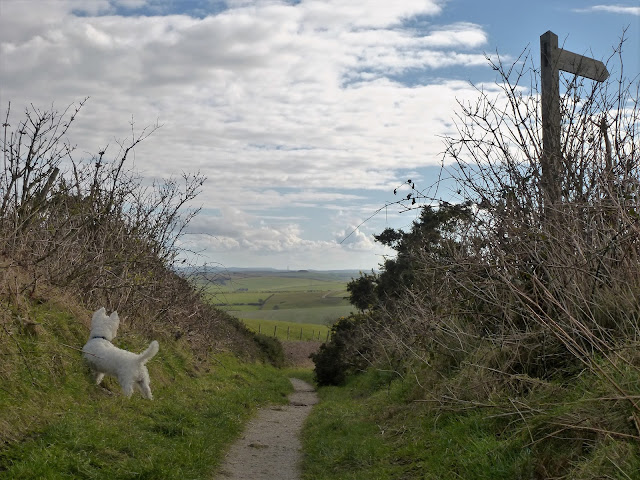 As the days of heavy rain become slightly less frequent, it is easier now to find some drier spots and put the hiking boots on and take a longer walk.... 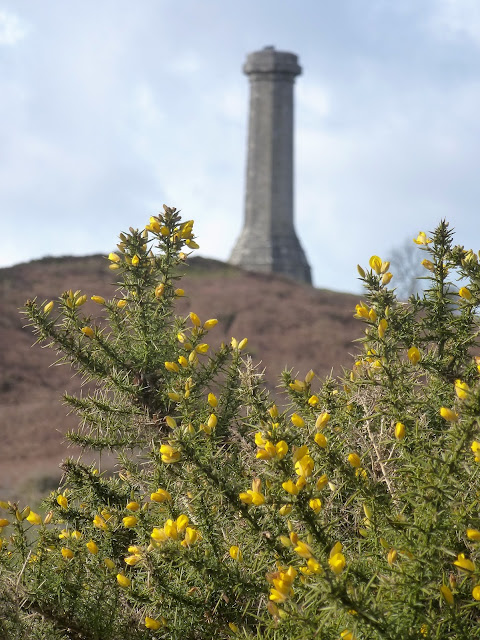 The monument above is Hardy's Monument and is a local land mark that is visible from miles around. It was built in 1844 to remember Vice Admiral Sir Thomas Masterman Hardy who was Flag Captain to Admiral Nelson and commanded HMS Victory at the Battle of Trafalgar. As Nelson lay dying of a musket shot his last words spoken were, " I have done my duty, thank God, now kiss me Hardy." 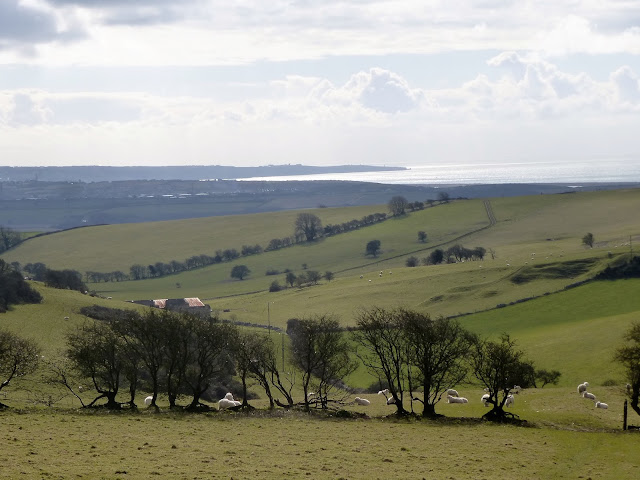 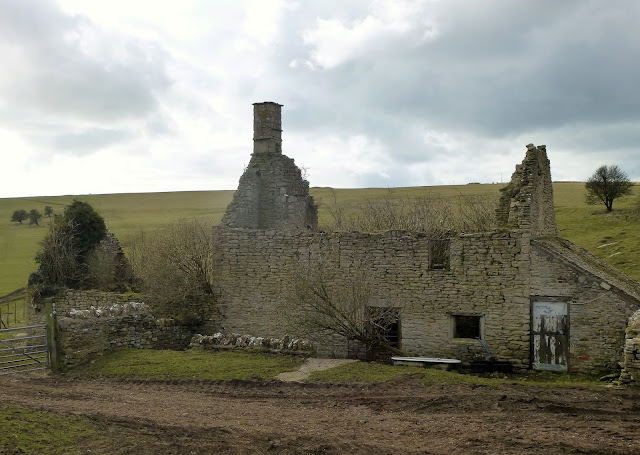 We walked along a path to Hells Bottom and came across this abandoned farm. I always feel so sad for abandoned buildings and wonder about their history. On returning home I was trying to find out the reason for naming this Hell's Bottom and instead discovered that this farmhouse was one of the locations used in Thomas Hardy's novel Far from the madding Crowd adapted for film in 1967. It looked so different then with a roof on! 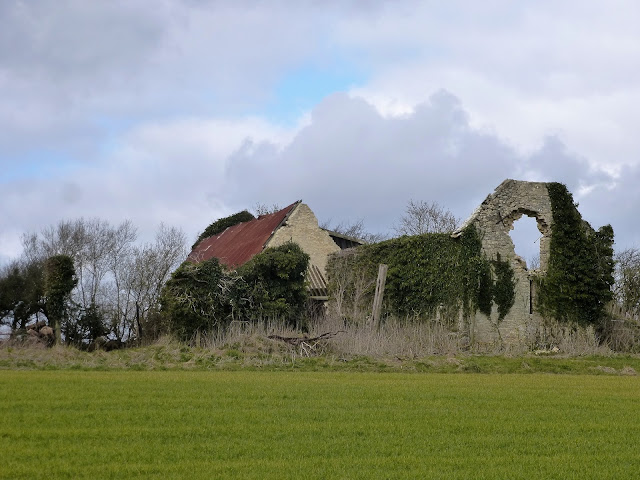 We passed by another abandoned building - two in one day which is quite unusual! 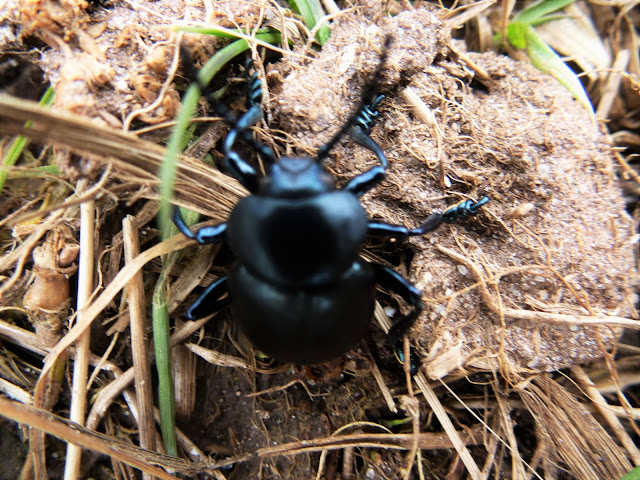 There were also buzzards soaring overhead, pheasants hiding in the undergrowth, a deer that was too fast to capture and black beetle. I was fascinated how the end of its legs looked like barbed wire.


There has been a number of land slides along the coast over the past few weeks and also instances of fossil hunters getting stuck in mud slides.

The latest landslide happened along East Cliff in West Bay overnight last Sunday, so luckily there was no one on the beach at the time. 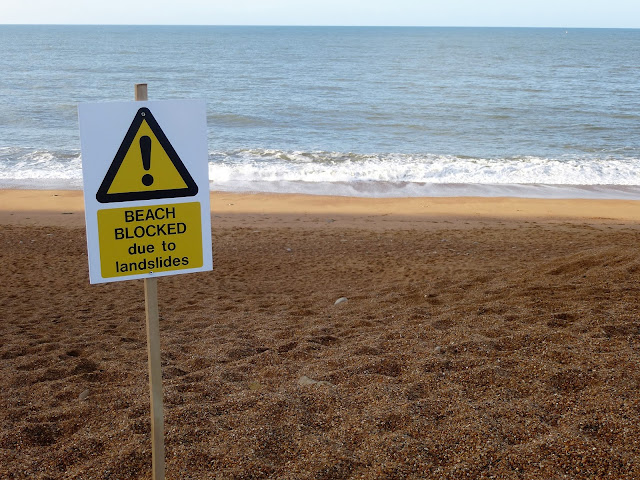 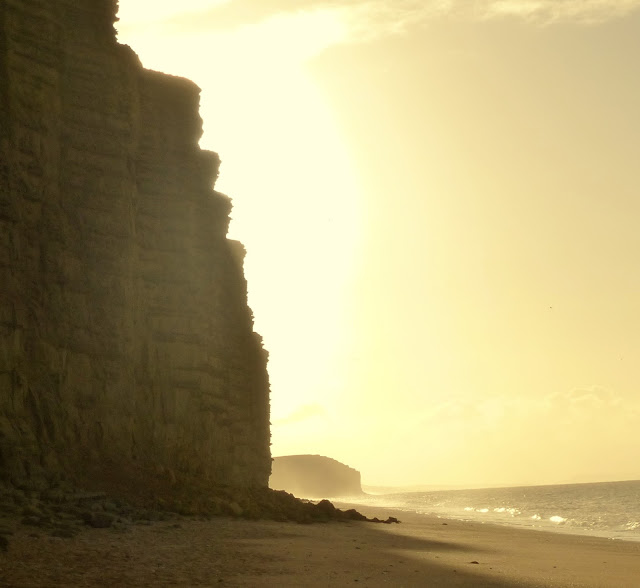 Although some of the rock fall has already been washed away  as can be seen above, The image was taken a long distance away with the zoom camera. It will be at the lowest tide that we will be venturing along this stretch again. There are  however many stretches of beach that can still be enjoyed and carry less risk.

Did anyone manage to see Best Walks with a View with Julia Bradbury on ITV on Friday night? It featured a beautiful walk from Colmers Hill (which has often been featured here) to the Jurassic Coast see here.


We have been celebrating Mother's Day this weekend in the UK. I know this is a different date to many other countries. I received a huge bunch of my favourite spring flowers from my children and despite my son being on holiday in Scotland my daughter working most of the day I was still given a lovely tea out in between her shifts. I' m sure you have all been spoilt too!