Throughout the summer the outside scenes for the third and final series of Broadchurch have been filmed in West Bay. 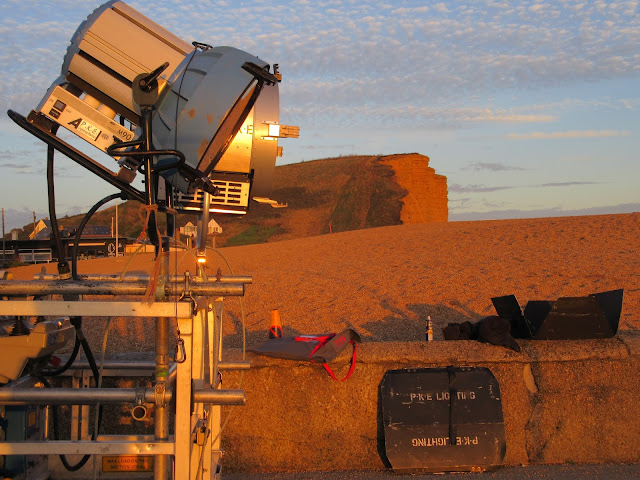 One evening last week I went down to the Bay to enjoy the sunset, which was quite magnificent as you can see... 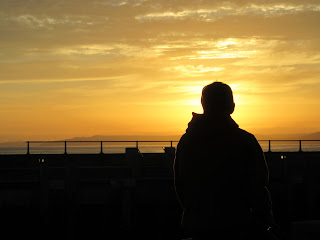 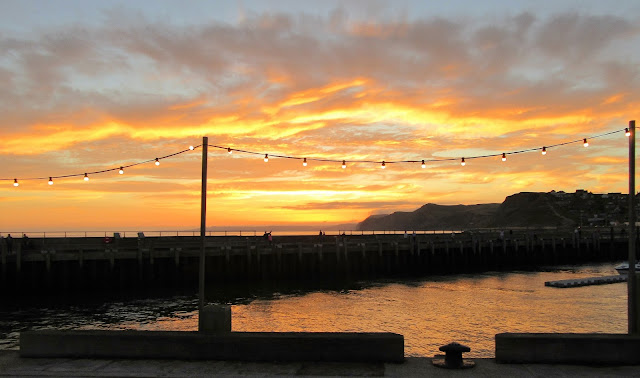 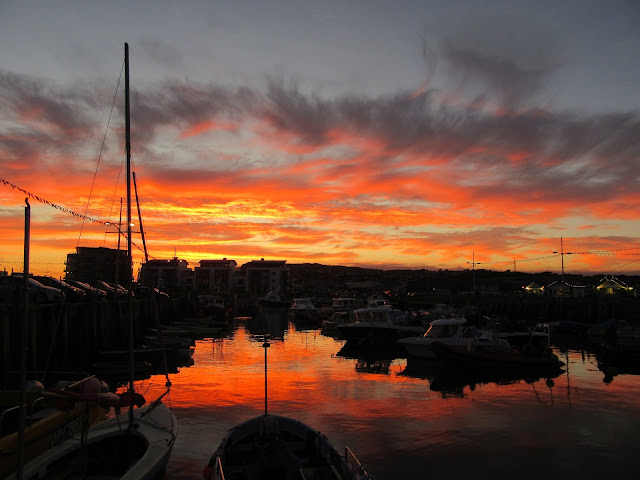 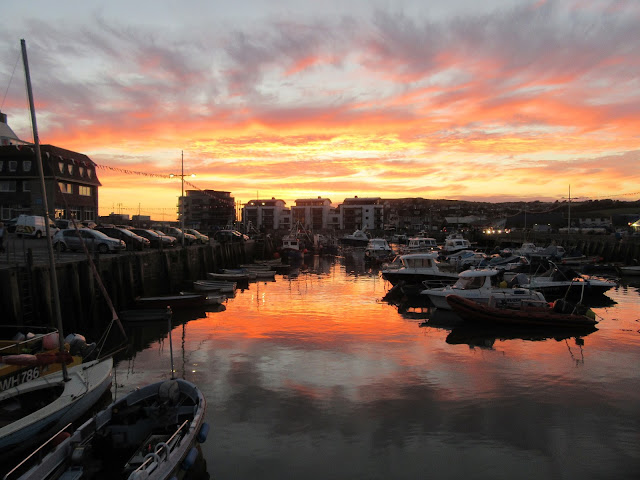 The film company were also around, preparing for some night time filming. 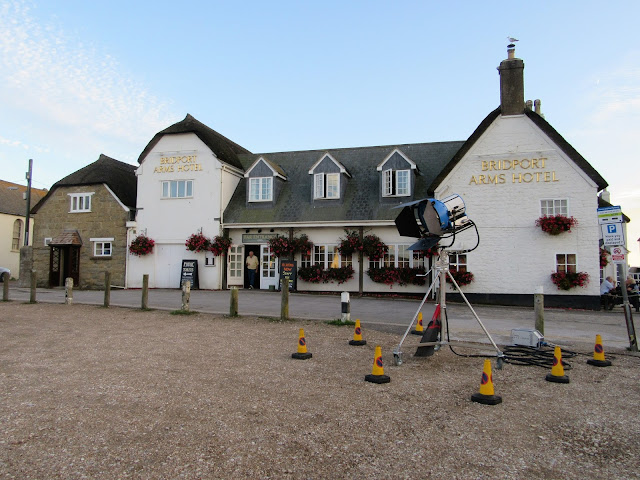 When we moved here almost two years ago, they were competing the filming of the second series, so we didn't have time to observe what was going on.  This year I have occasionally been around the harbour when they have been filming and have stood and watched. It is surprising how long it takes to set up and record a scene that will be shown for a minute or two. There are also so many people involved in the production. 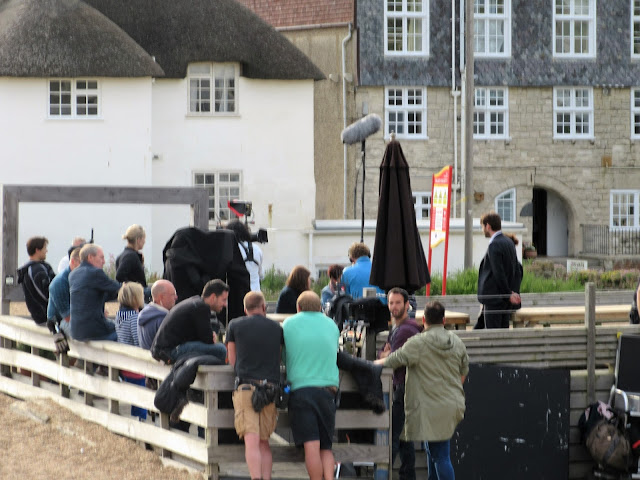 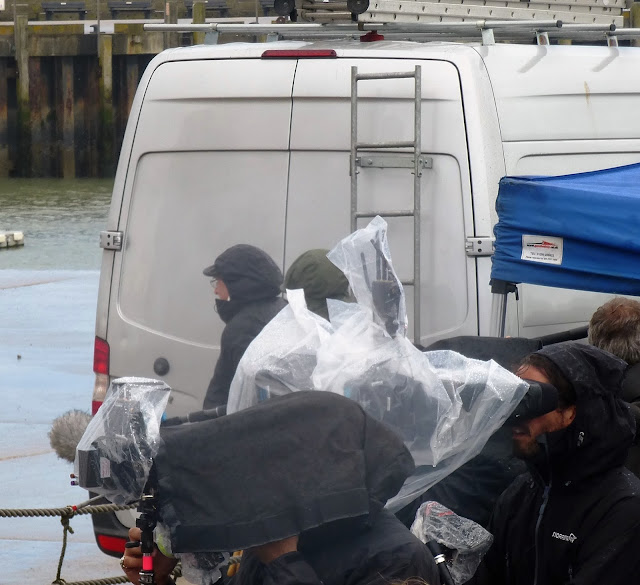 The rain and dark doesn't stop the filming.... 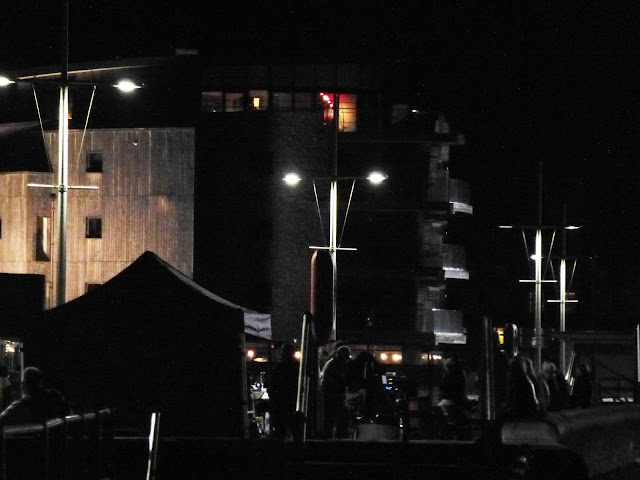 As the sun set earlier in the week, the huge spot lights came on and showed West Bay in a completely different light. 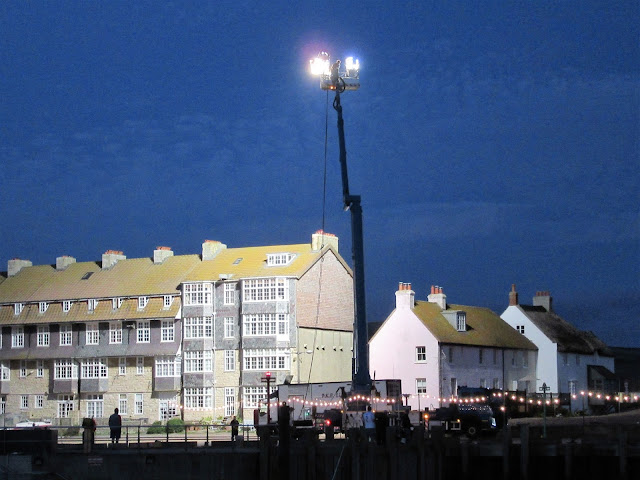 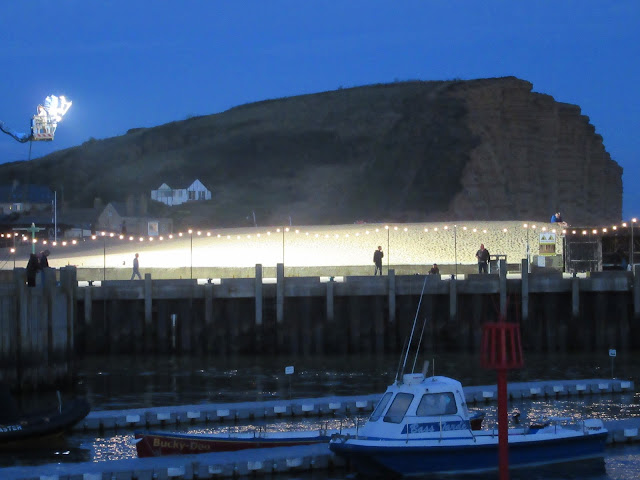 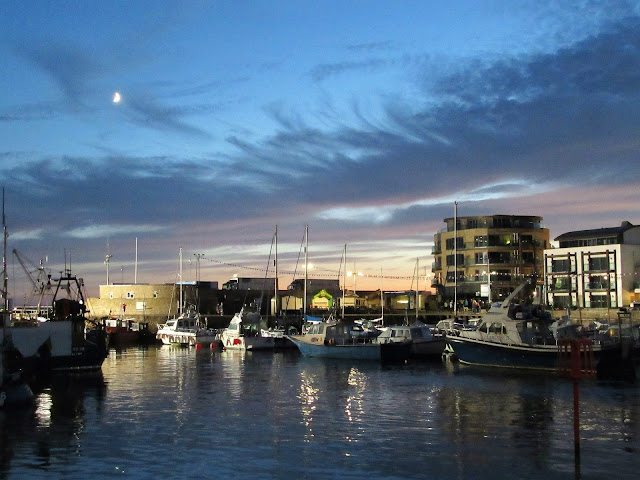 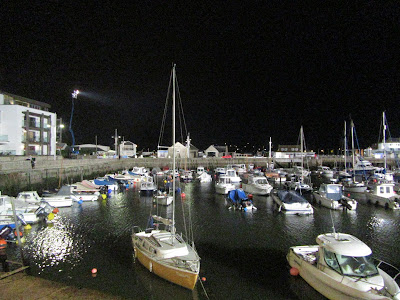 West Bay is no stranger to filming -' Harbour Lights' which featured Nick Berry as the harbour master was filmed here in the 1980's and in the 1970's the opening scene of The Fall and Rise of Reginald Perrin. This location has always been one of the stars!


Have you ever watched anything being filmed for television or a film?