Visiting the North Coast of Devon

While we were recently staying in Devon we decided to visit the north coast. We rarely visit this area as the gentler waters of the south coast have always drawn us to their shores. Our first destination was Clovelly, an ancient fishing village that I have longed to visit. I remember my mother telling me how she had visited here on holiday as a child. I doubt it has changed very much over all those years. 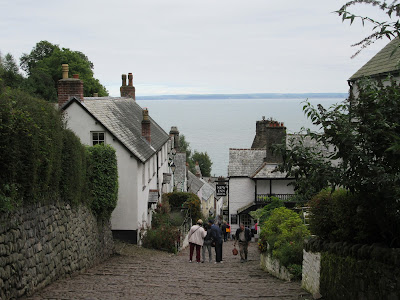 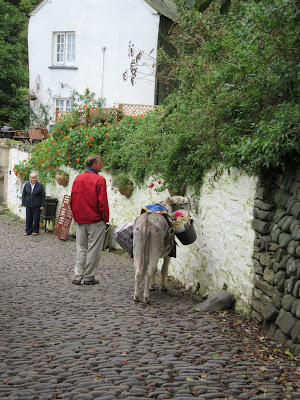 There is only one cobbled street called Up-Along and Down-Along.  The gradient is so steep that cars are banned. In the past donkeys were used to transport the fish up the hill. They are still here but these days they carry lighter loads and as can be seen in the picture are quite happy to stop and munch a tasty climber! Each house has a sleigh to transport their shopping and other items. Most of the sleighs have been converted from bakers trays.


The village has been owned by only three families since the 14th century. Most of the cottages are rented out to local people. There are no holiday cottages- visitors can stay in three hotels in the village. 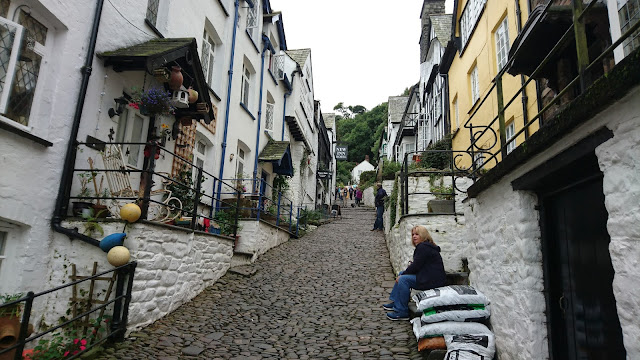 The cobbles were pebbles that had originally been taken off the beach. 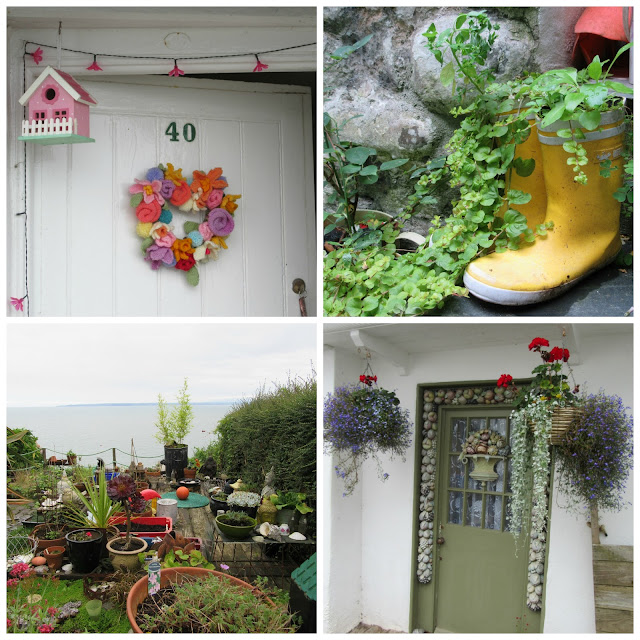 There were quirky things to see around every corner. 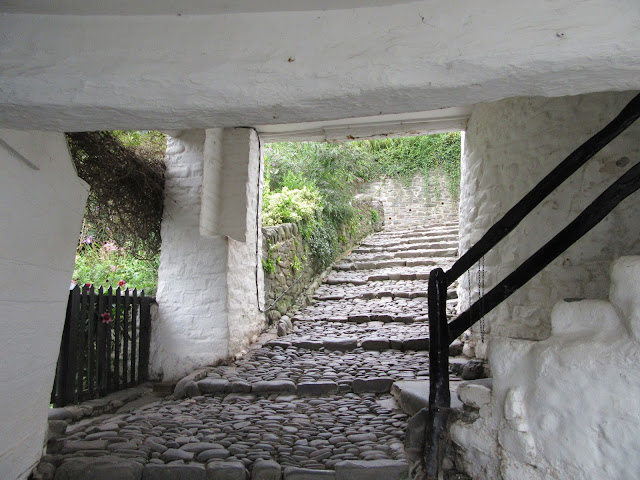 The street heads down and down around bends and eventually reaches the harbour...... 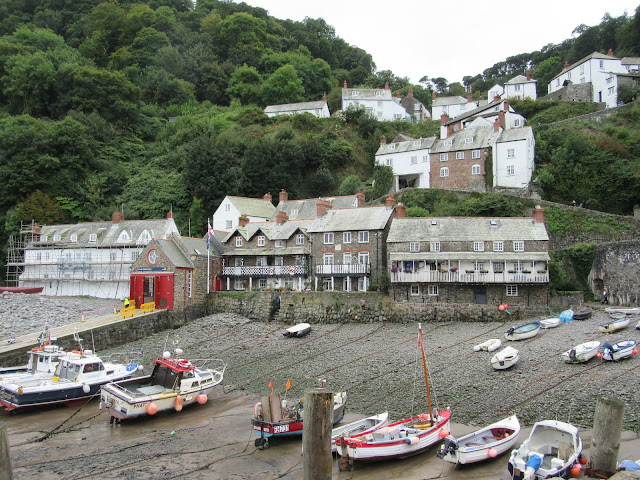 If you want to see more of Clovelly, I found this short video on You Tube. 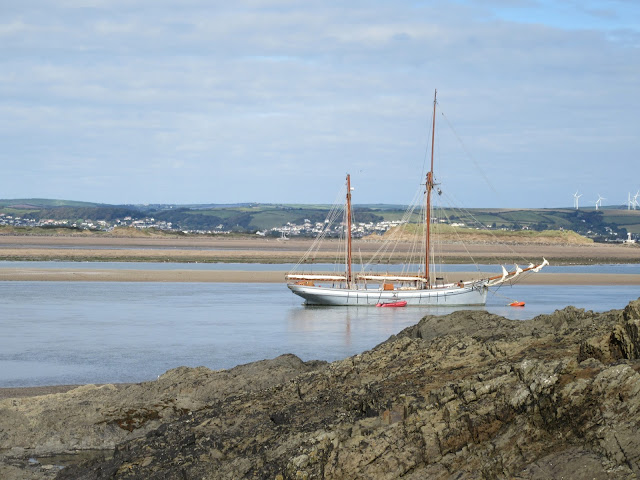 We then drove further along the coast to Appledore. Another old fishing village, and for centuries it was also a major ship building centre. It was lovely therefore to spot this tall ship in the bay. 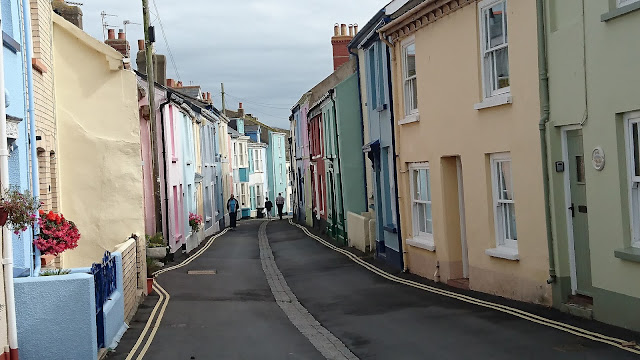 It is also a popular holiday destination with such colourful cottages. 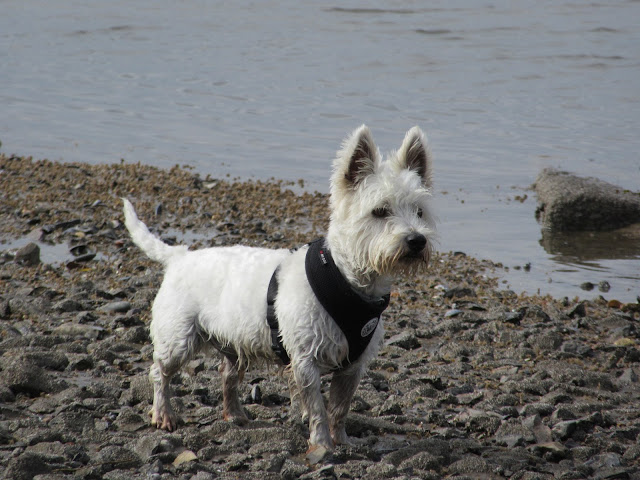 Tavi was delighted to get away from the cobbles and be back down by the shore! 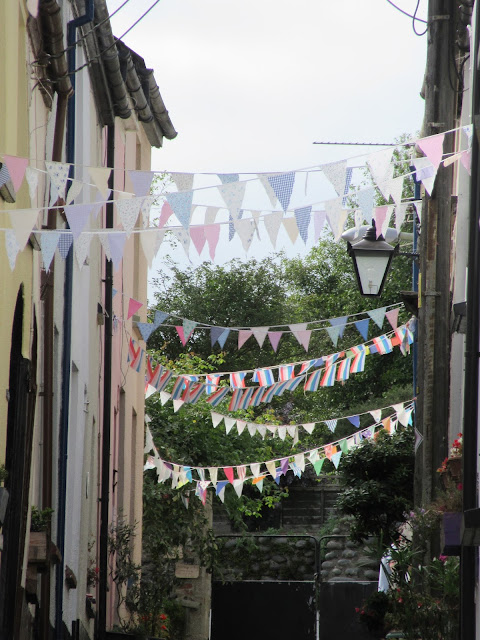 The new plastic five pound had only been released a week before and we had only been given one a few days beforehand. It seemed to have been the first time that anyone had seen it in Appledore and the icecream man was delighted to get his first one. Have you seen many yet or have found any with serial numbers of AA,AB or AC they have been selling for about two hundred pounds! 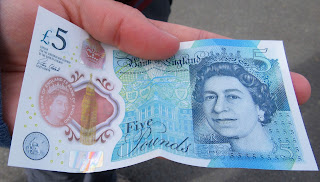 We enjoyed our day out in North Devon and now hope to come back again sometime for a longer stay. Have you ever been to this area?


Thank you as always for your lovely comments. wishing you a happy and healthy week.
Sarah x