A tribute to Twinkle

Yesterday was  a sad day for us. we had to say goodbye to our beloved cat Twinkle. 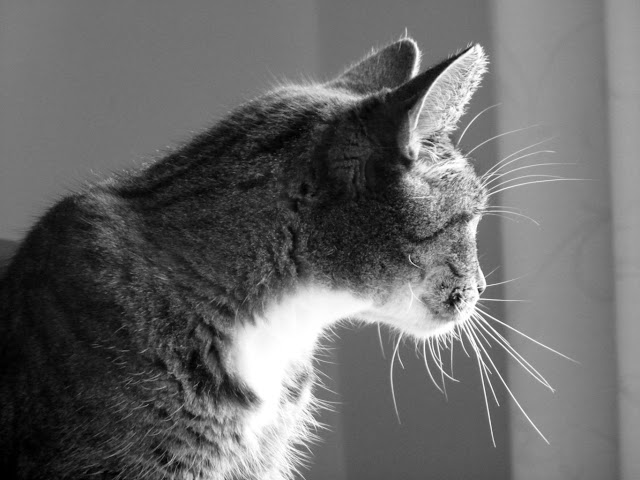 If you think of life as a play she held the role of director in the family. She knew how to keep Daisy and then Tavi in check, was a reliable time keeper reminding us that meal times were due, and provided a calming influence most of the time! She rarely appeared in the limelight but her antics brought us joy, laughter and fun.


We first met her when she was about six months old when she started to appear in our previous garden. She seemed fascinated by our West Highland Terrier Daisy and often appeared on the fence. Then on our son's 16th birthday as we sat in the garden after school she came into the garden injured. We rushed her to the vet who told us that she was 9 months old, was pregnant and had been hit by something possibly a car or a person. We put up posters and went from house to house to find out where she had come from, but although she had been spotted by others no one claimed her.  We never did discover what had happened to her but she never appeared to be frightened of vehicles and would sit at the bottom of the drive watching the cars,buts and lorries go by. She was however very frightened of men apart from my husband and son and would hide away when any workmen or male friends came into our home. One of her eyes was damaged and over the years her sight deteriorated. 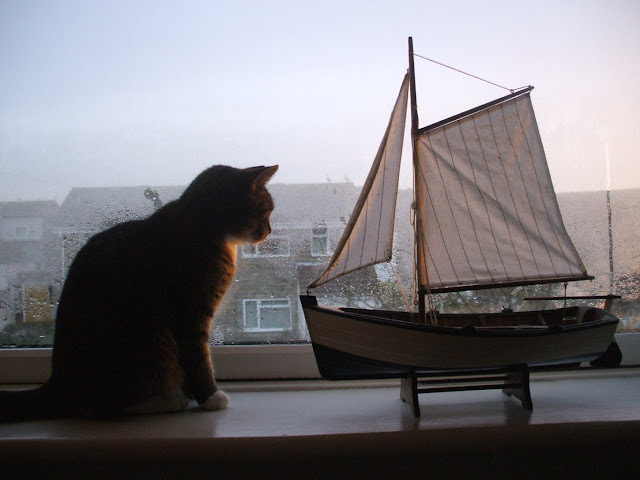 There was one instance when we were planning on taking her to the cattery before we went on holiday that she took matters into her own hand, escaped into the garden and found a good hiding place. Luckily our neighbour offered to feed her while we were away and she never went to the cattery again while we were on holiday! 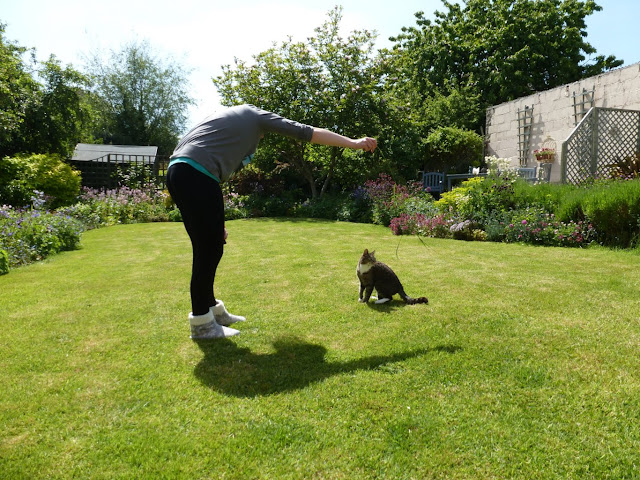 We were concerned that when we moved that she would not like her new surroundings and despite already living with us for nearly eight years she might disappear. She did however love her new home, the neighbouring field provided a good place for shrews and the fence posts provided a good look out . Luckily, she never, as far as we were aware, ventured as far as the cliff edge or saw the sea. 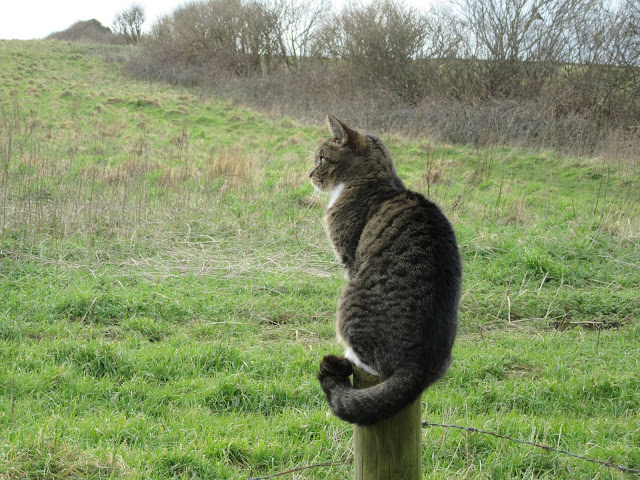 Last year her breathing became more shallow and we had to inject her every day, she still however enjoyed the pleasures that she had previously enjoyed. Over the past year we have had many occasions when we thought that she wouldn't make it but each time she managed to bounce back. Last month we had numerous visits to the vet and had to inject her 3 times a day, her heart-beat was so fast the vet couldn't count it. Yesterday on returning home from a walk with Tavi we discovered her lying in the bedroom in pain and unable to move, the vet confirmed that the kindest thing would be to put her to sleep.

The house feels empty and quiet without her,  when we opened the door for her she would always meow her thanks. The passing of pets can be so sad but we had the privilege of being chosen by her to be her human companions and share our lives with her for almost ten years. Rest in peace little one. 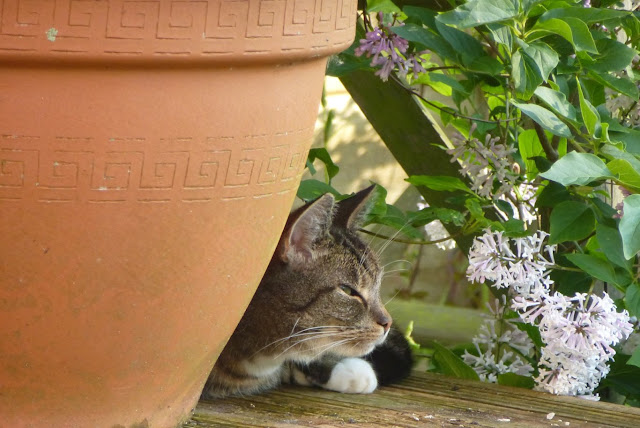