The weather has been glorious the last week and it has made us abandon projects that we are working on and have some long-needed half-days out. It has really felt as if we have been on holiday! 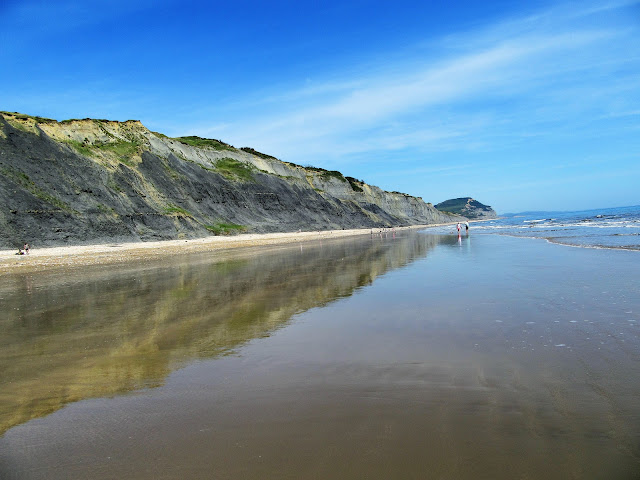 The tide was out when we visited Charmouth beach, allowing us to take a long walk along the sands. 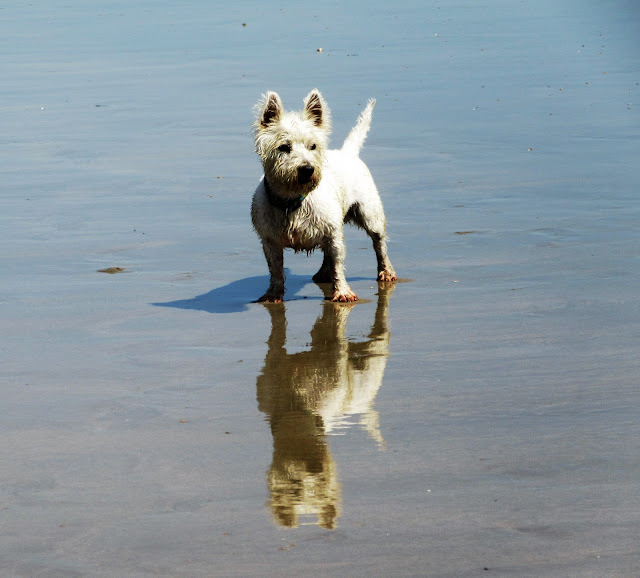 It was just as well Tavi had a hair cut at the beginning of the week. He loves being in the sea or running on the beach, no matter what time of year it is. Our daughter sometimes complains that when he returns from a walk that he smells very fishy! 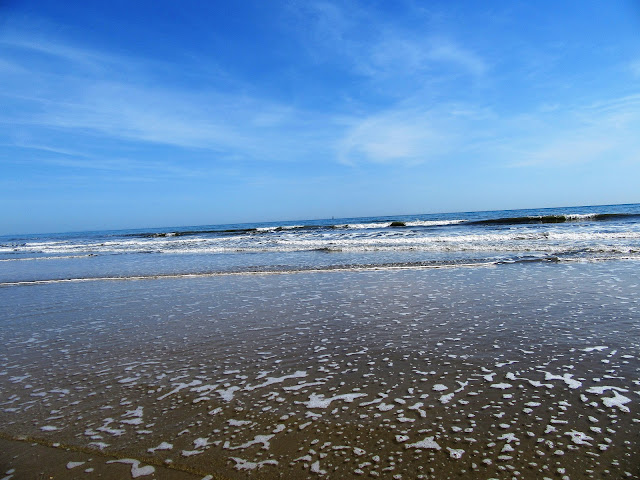 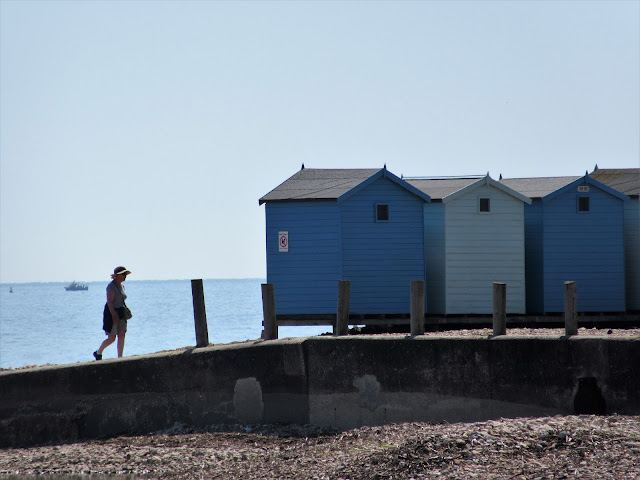 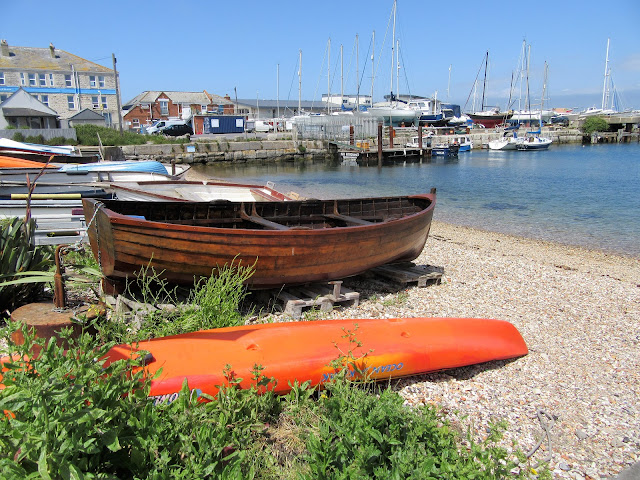 Another day we visited Portland.  We went to the newly opened D Day Centre, which we were very impressed with. The slipway and harbour above would have been packed with American GI's before they left these shores to invade France in 1944, such a contrast to the tranquil scene now. The D Day Centre, although small, was packed with exhibits, most of which you could handle. All the American Army vehicles you could climb in and explore, including this tank. (We had Tavi with us so we didn't go in the tank, but did sit in some of the vehicles inside.) 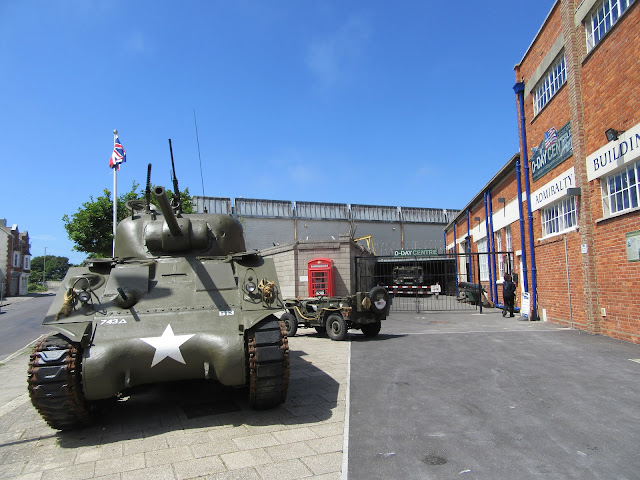 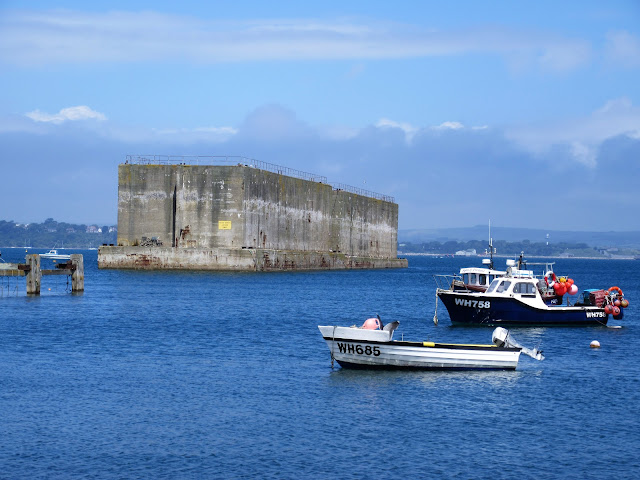 It is always good to learn new facts. Outside the Centre is one of the Mulberry Harbours.  These two concrete blocks were part of a portable harbour that was used in World War II to facilitate the rapid offloading of cargo in 1944.  It is a fascinating story which can be read here.

Since the Mulberry Harbours returned from France they have been a local landmark in Portland Harbour. What I didn't realise however, was that six other  Phoenix Caissons returned to Portland after the War were moved to Holland, following terrible flooding in the North Sea in 1953. I was aware of the dreadful flooding in Canvey Island but wasn't aware of the loss of life at the same time in Holland. The caissons were towed over to Holland  (only 4 made it) and were used to form  a defence against further flooding. They are now part of the Watersnood Museum- the video (although in Dutch) is worth looking at if you are interested. 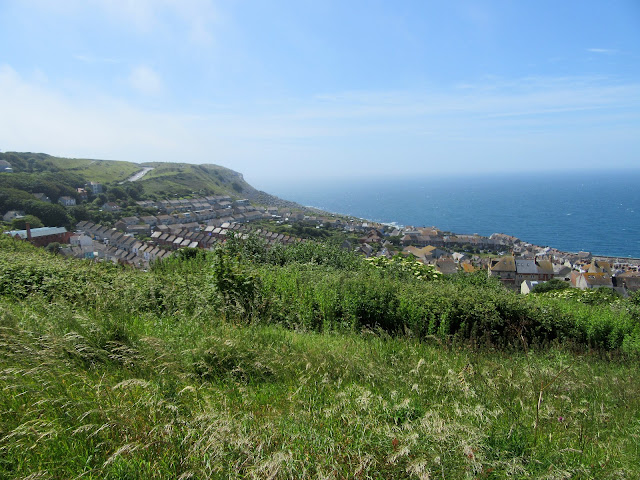 We decided to take Tavi on a old favourite walk on Portland and although the climb up the hill is steep the views are amazing especially when the sun is shining! 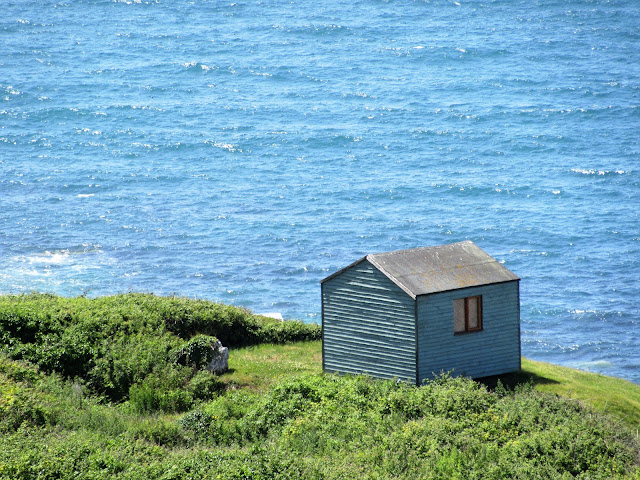 I always wanted one of the beach huts overlooking the sea! 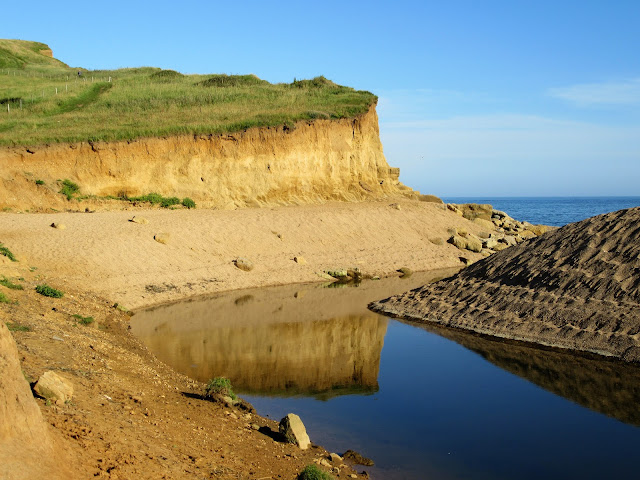 On other days it has been better to take longer walks in the evening. We sat admiring this view of the River Bride, as it heads out to sea, and were delighted to see a kingfisher fly across the river and head inland. It  appeared out of nowhere and flew so fast, it's plumage matching the amazing colour of the water. This is only the second time we have ever seen one, the last time was in Derbyshire about 15 years ago! I hope I don't have to wait that long to see another one. 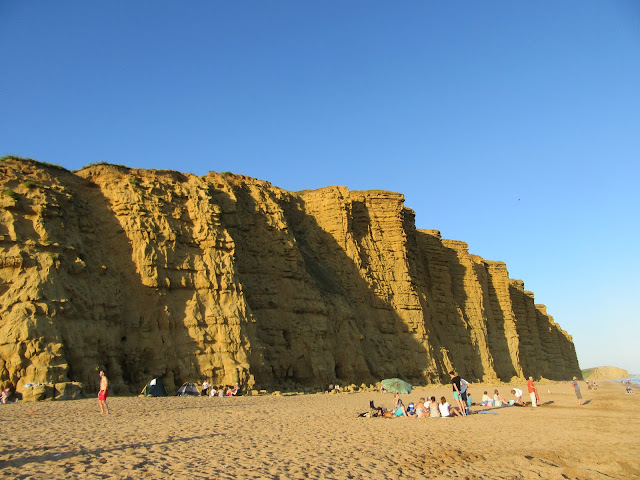 After a hot day at the Bridport Food Festival, an evening walk along the cliffs at West Bay was a great way to cool down. Maybe these images will make you feel refreshed too! 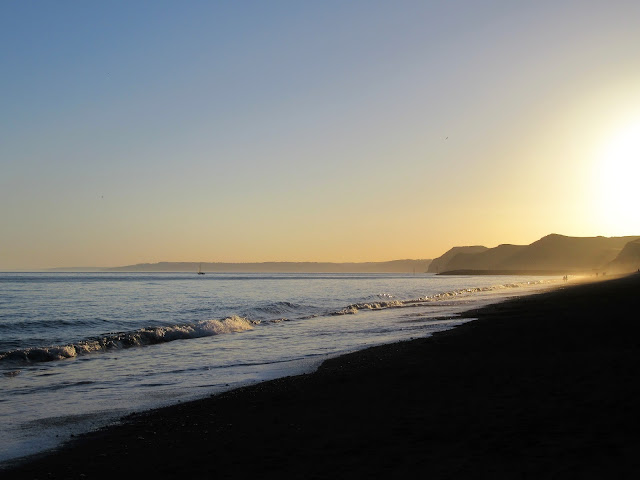 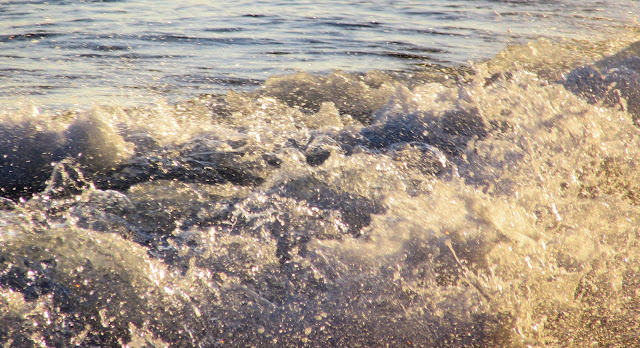 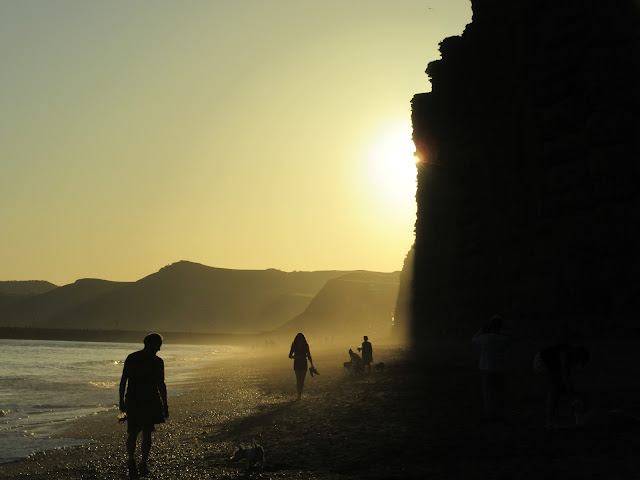 Did anyone attend any of the 120,000 street parties that took place in the UK last weekend?  They were inspired in memory of Jo Cox and were based on the Eden Project Communities Big Lunch project that has been running for about eight years.

Regular readers may remember following my suggestion and with lots of support and enthusiasm our road had a street party.  We had planned for rain or some sunshine but hadn't imagined it would be one of the hottest days of the year! Despite the heat, we managed between us to find enough garden umbrellas to give some shade, and it was lovely for all of us to come together and get to know each other better. Everyone thought it was so worthwhile and our plans are to repeat it again next year, I do recommend doing it too.


Hoping you are having a good week and I get around to visiting some blogs this week!