The fishing boats and wide landscapes of Suffolk

We have recently returned from a weeks holiday in Suffolk, on the East coast of England (opposite Holland.) We spent the week enjoying time exploring it's coastline, river estuaries and birdlife. It seemed a flat landscape compared with our cliffs and rolling hills.

One of my favourite and fascinating places was the tiny village of Dunwich. In the 13th century it was the 10th largest town in England, but severe storms in the 13th and 14th century lost most of it to the sea.  Legend has it that if you stand on the beach and listen carefully you will hear the sound of the bells tolling beneath the waves, they didn't seem to be ringing when we visited! 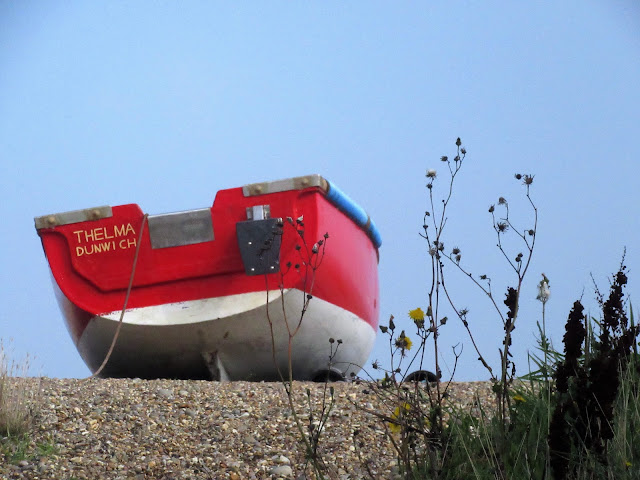 It was a tranquil place to sit and enjoy the sunshine, although hard to comprehend the scale of land that had been lost below the waves. The only buildings close to the water were fishermen's huts. 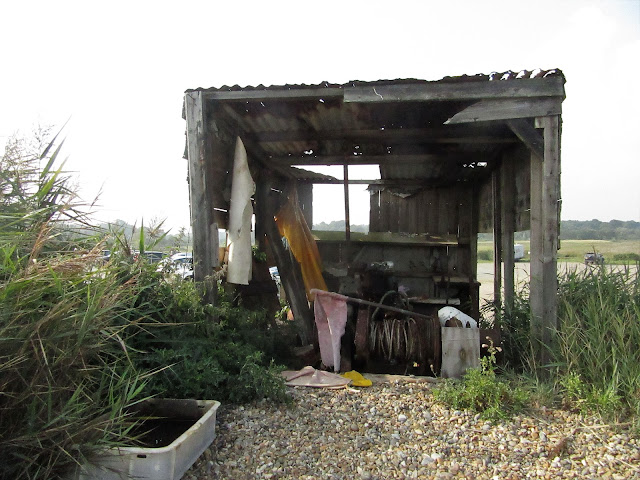 We rented a cottage in the attractive town of Aldeburgh. The seafront overlooking the pebble beach is lined by colourful buildings. It has been a popular seaside resort since the 18th century. This was also the home of Benjamin Britten and his opera telling the tragic story of the fisherman Peter Grimes was based here. 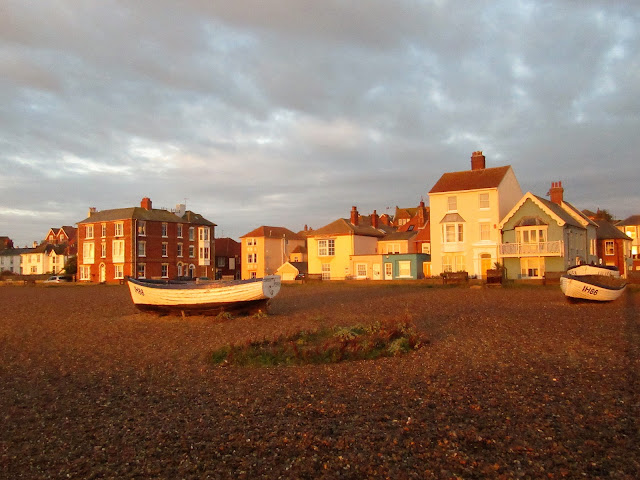 It was lovely to walk along the seafront and on a Sunday morning and watch children having fun sailing their boats on the Model Boat Pond, helped by their parents and grandparents. It was almost a scene from the past. 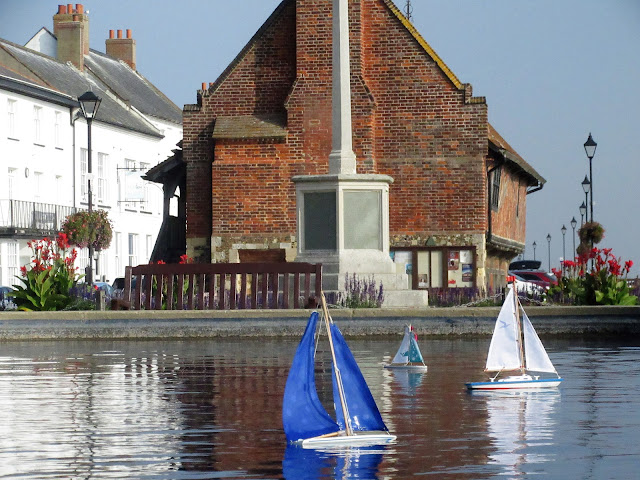 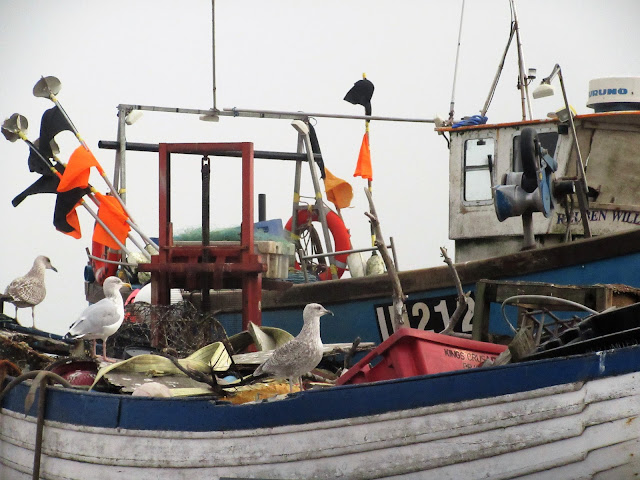 The fishermen launch their boats direct from the beach and sell fresh fish from their wooden huts that sit on the edge of the beach, you couldn't get much fresher than that! The local fish and chip shop was very popular and it was worth the long queues to taste their food. 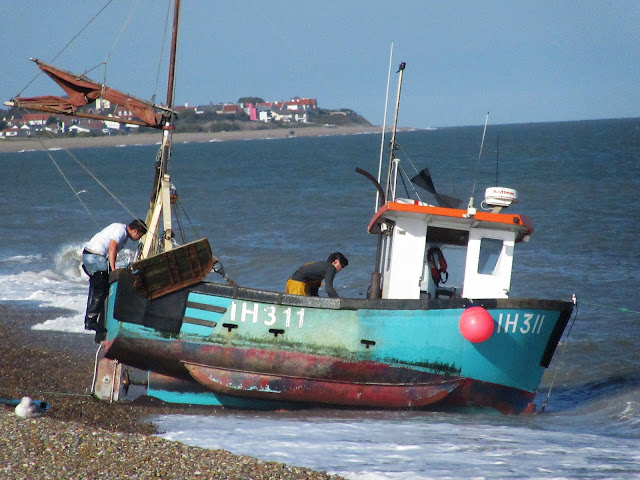 The fish and chip shop in Southwold also caught my eye, as did the beach huts and views from the pier. 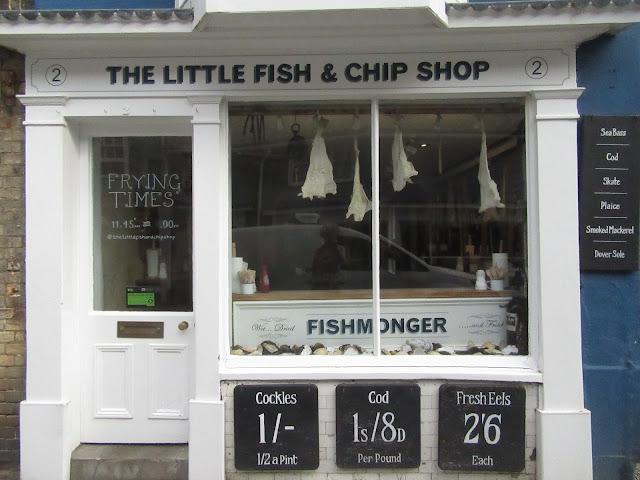 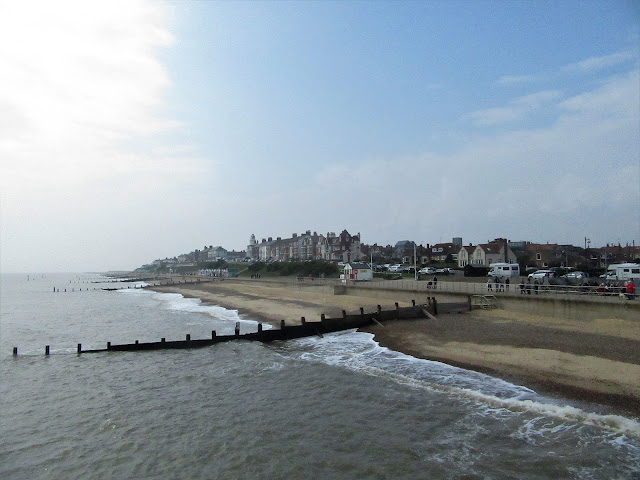 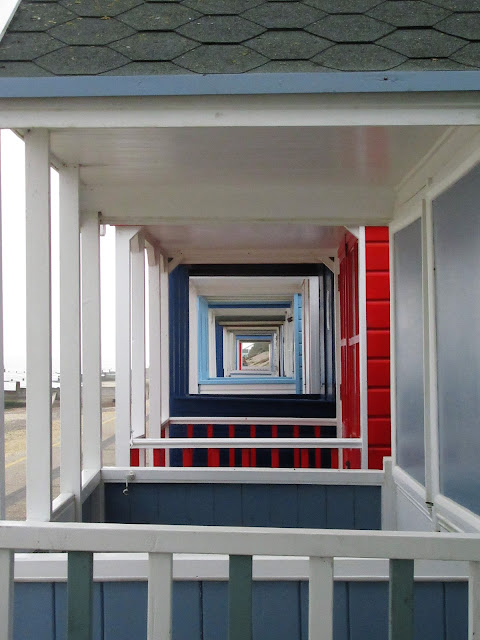 Over the last few years I have become interested in how settlements along the coast have developed.  The tiny fishing hamlet of Thorpeness was bought in 1910 by Stuart Ogilvie ,a Scottish baron who converted it into a fantasy holiday village for the upper middle classes. 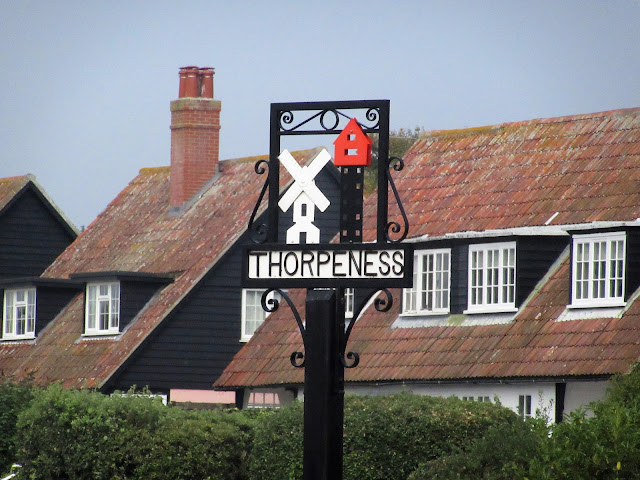 The most eye catching building is the ' House in the Clouds', which was converted from a water tank into a very different holiday home. 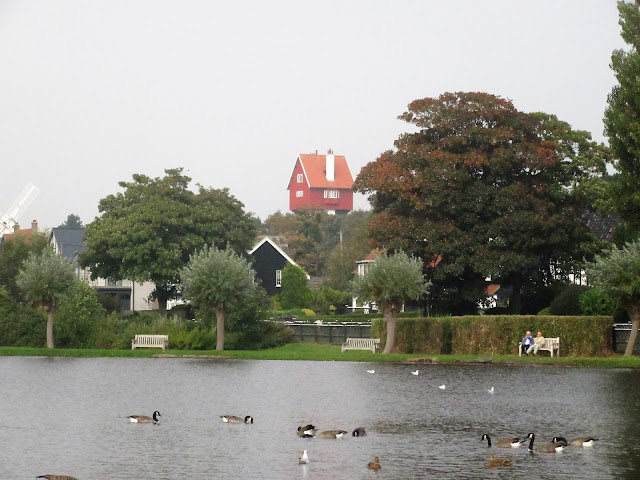 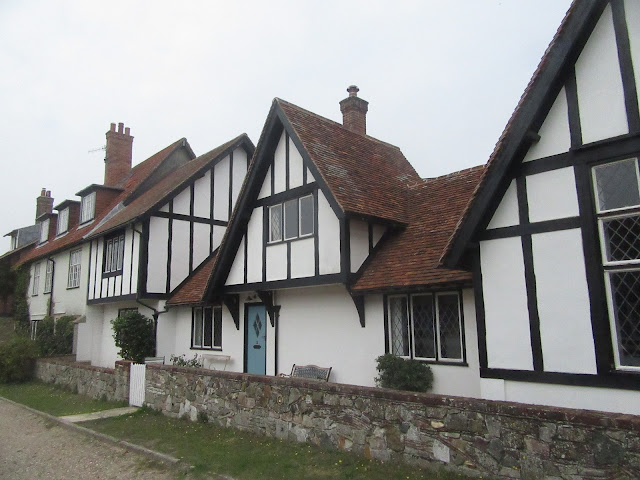 There were some grey days but the colour of the skies just seemed to enhance the landscape. 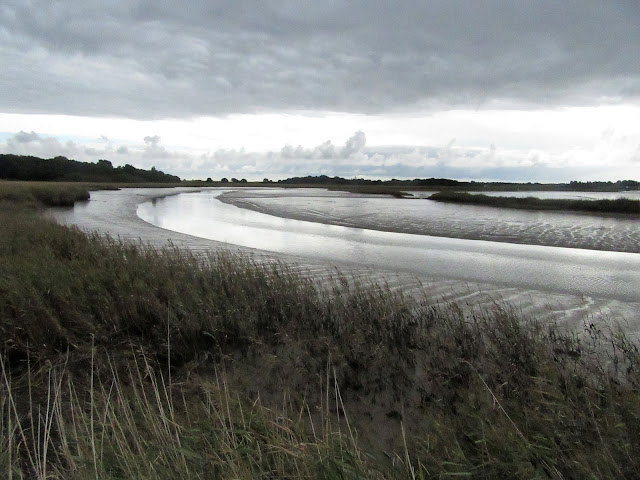 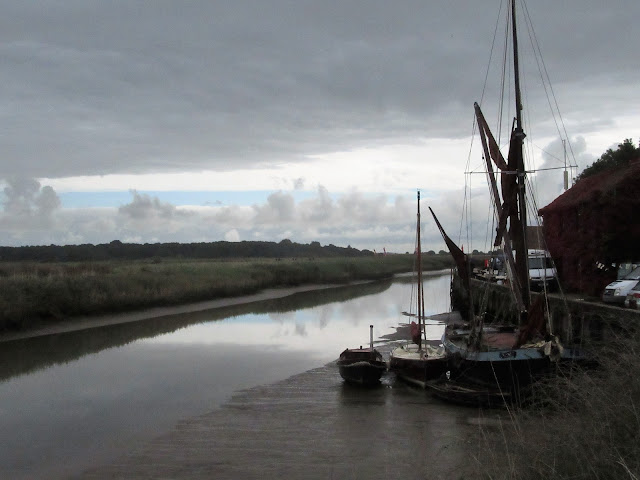 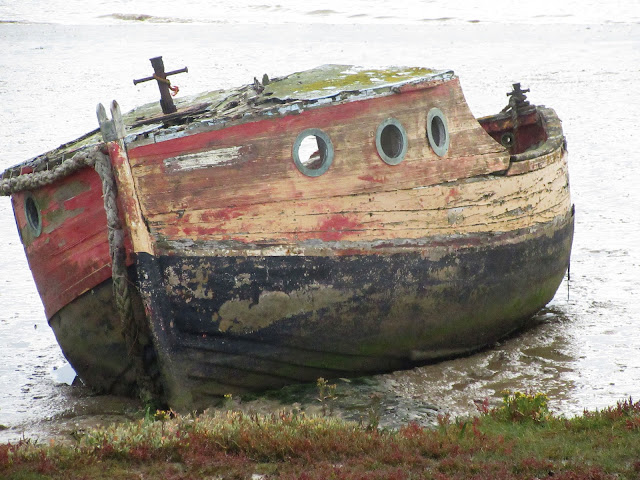 We enjoyed exploring the distinctiveness of Suffolk, I hope you enjoy this sample of it too. Finally I couldn't finish without featuring this amazing sculpture of a scallop on the beach, which was designed by Maggie Hambling to celebrate the life of the composer Benjamin Britain, mentioned above.  The sculpture splits opinion, I loved it and it seem to encourage many to walk a distance along the seashore to see it close up. 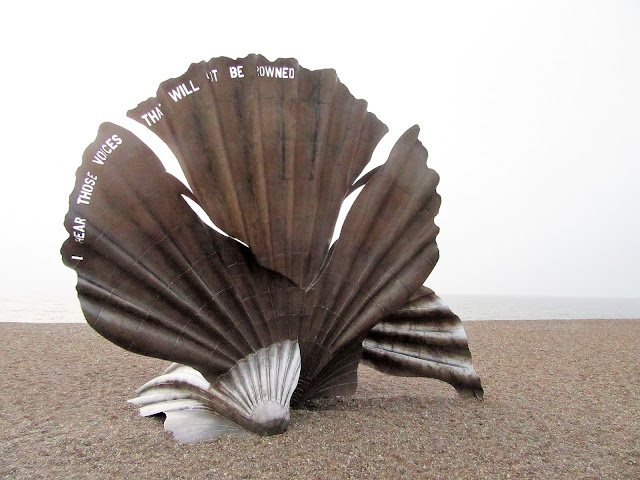 Those words ' I hear those those voices that will not be drowned', almost take us back to those lost bells at the beginning of this post.