Following in the footsteps of smugglers

One of our favourite coast path walks is from Osmington Mills to Ringstead, especially when the clouds chasing across the sky constantly change the colour of the sea below from aqua to blue and all shades in between. 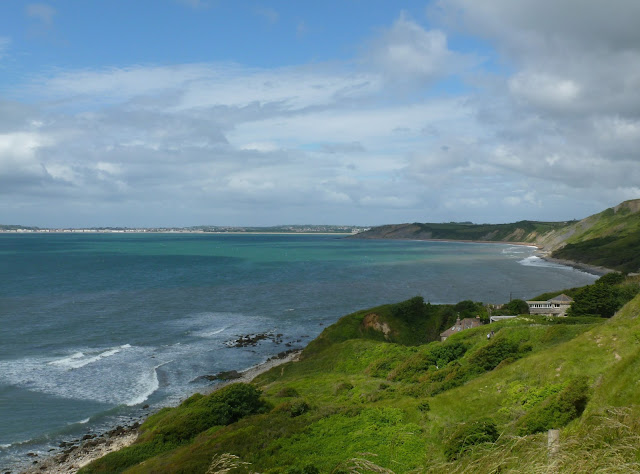 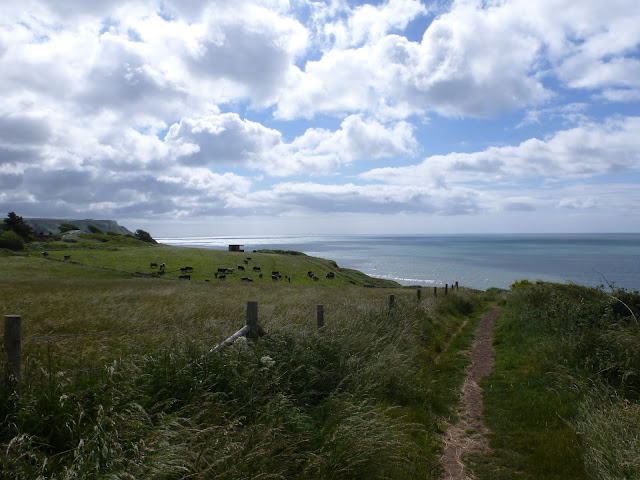 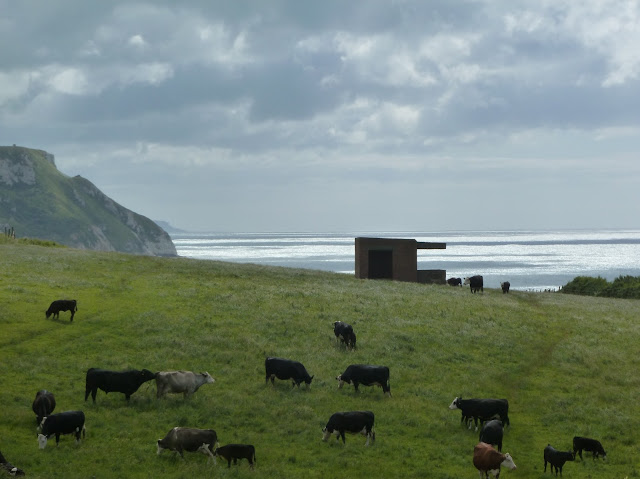 The relic of a Second World War look out is a reminder that once this was not such a peaceful place, luckily the only ones now looking out to sea are the cows and walkers! 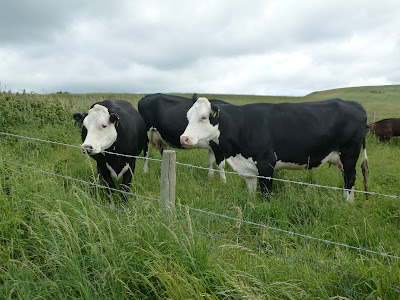 The path enters a pretty wooded valley and the chance to take a turning on to the beach. 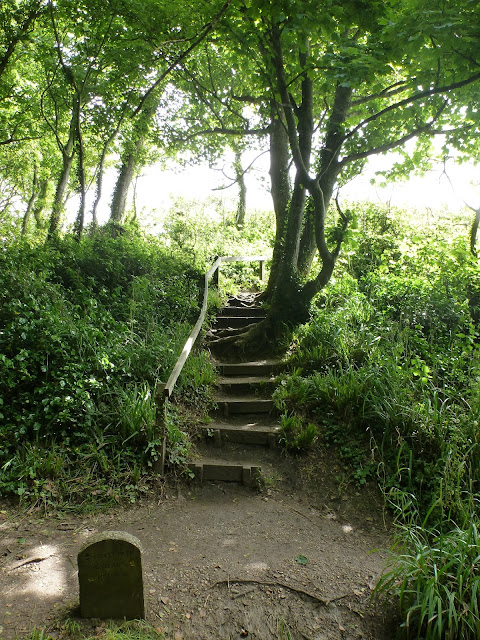 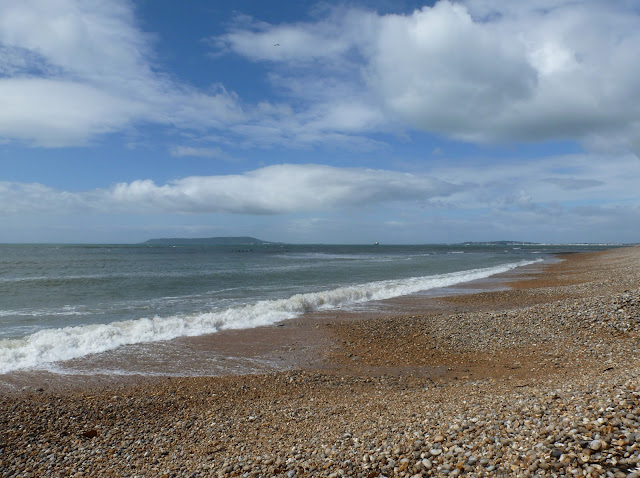 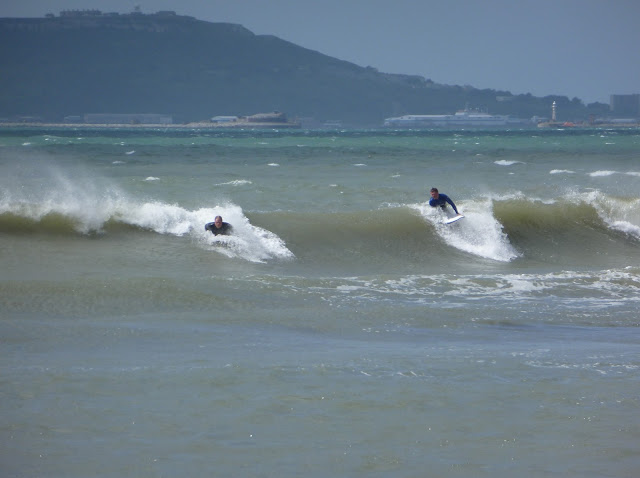 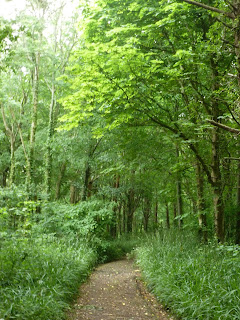 The walk then goes through the woods to Spring Bottom before turning back towards Osmington Mills. This area was a popular haunt for Smugglers in days gone by, like most of the South coast and you may have met "Gentlemen of the night", if you had travelled along these lanes after dark.
At the end of the 18th century the Smugglers Inn at Osmington Mills was the headquarters of Pierre La Tour, the notorious French smuggler. The landlord of the inn was his agent. Despite the customs men having five cutters (boats) based in Weymouth they failed to catch him. Pierre made his fortune, married the landlords's daughter and returned to France where he became a respected citizen. 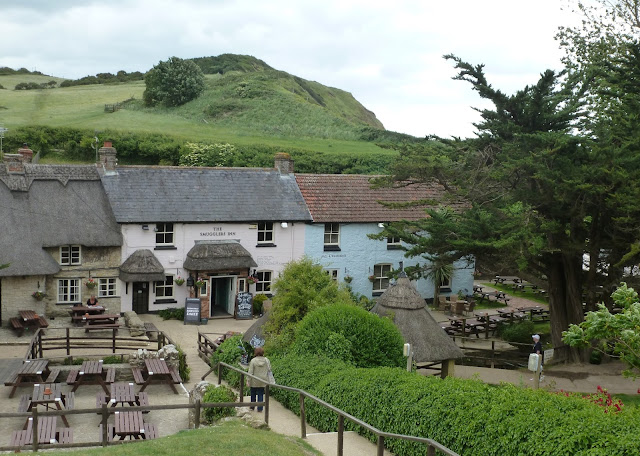 On the wall of the outside of the pub is part of the Smuggler song written by Rudyard Kipling, below is it reproduced in full :-


IF you wake at midnight, and hear a horse's feet,
Don't go drawing back the blind, or looking in the street,
Them that ask no questions isn't told a lie.
Watch the wall my darling while the Gentlemen go by.

Five and twenty ponies,
Trotting through the dark -
Brandy for the Parson, 'Baccy for the Clerk.
Laces for a lady; letters for a spy,
Watch the wall my darling while the Gentlemen go by!

Running round the woodlump if you chance to find
Little barrels,roped and tarred, all full of brandy-wine,
Don't you shout to come and look, nor use 'em for your play.
Put the brishwood back again - and they'll be gone next day !

If you see the stable-door setting open wide;
If you see a tired horse lying down inside;
If your mother mends a coat cut about and tore;
If the lining's wet and warm - don't you ask no more !

If you meet King George's men, dressed in blue and red,
You be careful what you say, and mindful what is said.
If they call you " pretty maid," and chuck you 'neath the chin,
Don't you tell where no one is, nor yet where no one's been !

Knocks and footsteps round the house - whistles after dark -
You've no call for running out till the house-dogs bark
.Trusty's here, and Pincher's here, and see how dumb they lie
They don't fret to follow when the Gentlemen go by !

'If You do as you've been told, 'likely there's a chance,
You'll be give a dainty doll, all the way from France,
With a cap of Valenciennes, and a velvet hood -
A present from the Gentlemen, along 'o being good !

Five and twenty ponies,
Trotting through the dark -
Brandy for the Parson,'Baccy for the Clerk.
Them that asks no questions isn't told a lie -
Watch the wall my darling while the Gentlemen go by !
Written by Rudyard Kipling


Wishing you all a good week , I am taking a blog break for a  few days. See you soon.
Sarah x