Those treasured days of summer

I'm sure I can feel a touch of Autumn in the air in the early mornings, so I am determined to make the most of the summer while it is still with us.... 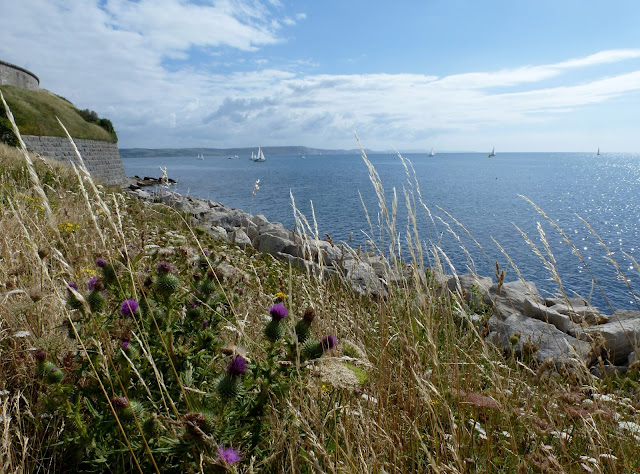 What a difference a year makes! This scene here is such a complete contrast to last year when the Olympic sailing was taking place here. 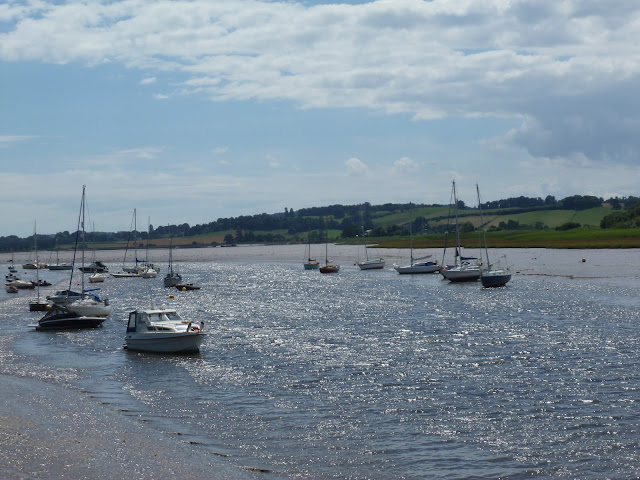 There is always so much to see from watching the fall and rise of the sea in Topsham ......... 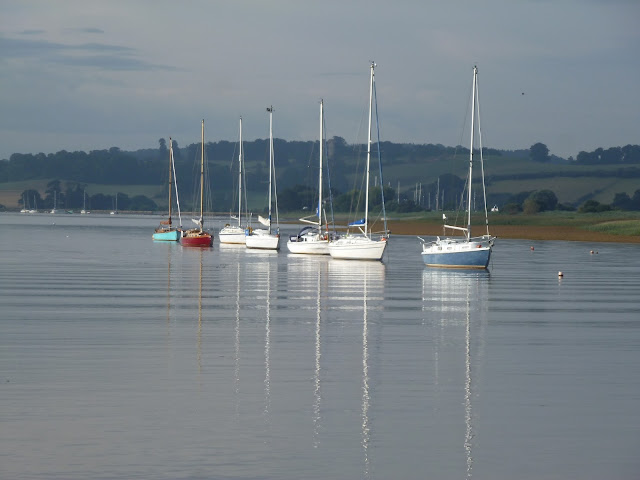 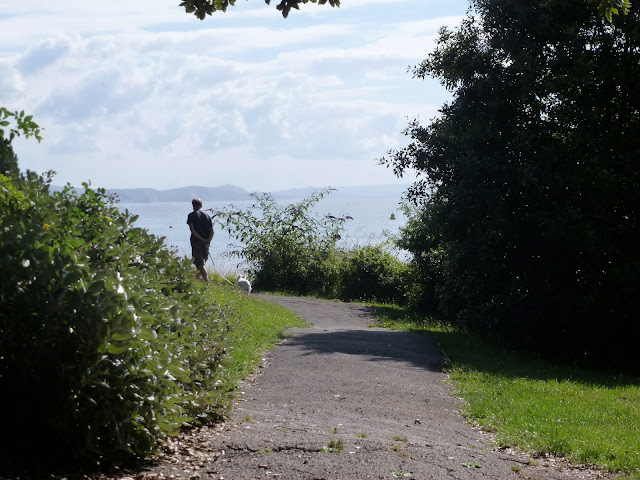 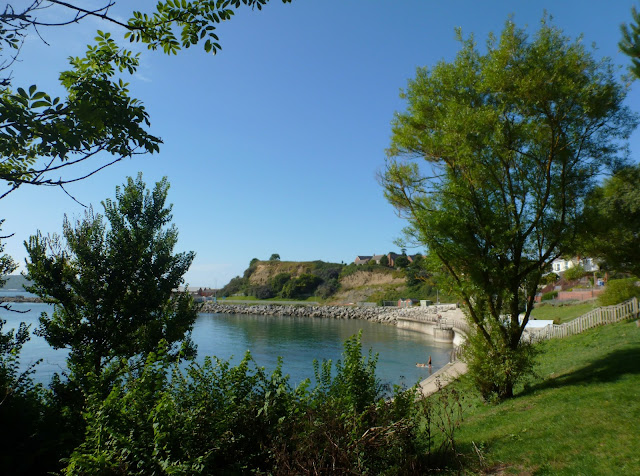 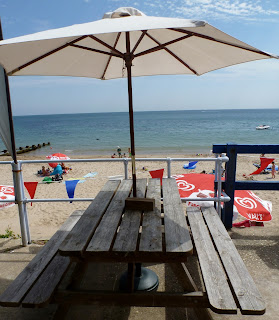 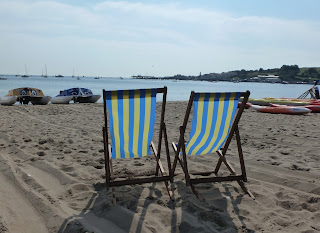 Stopping at a beach cafe to buy an ice-cream and take in the view. 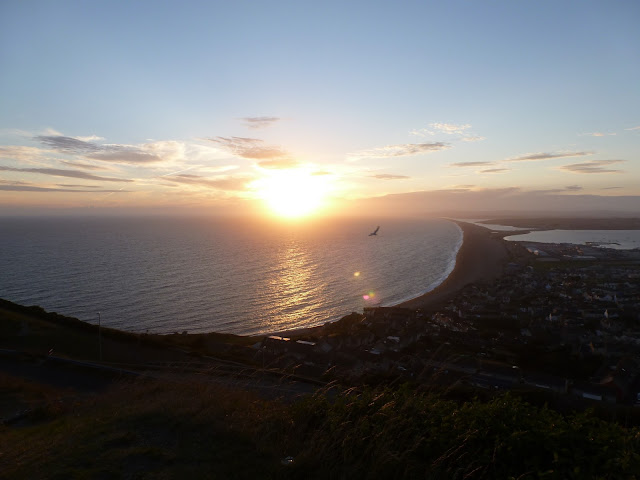 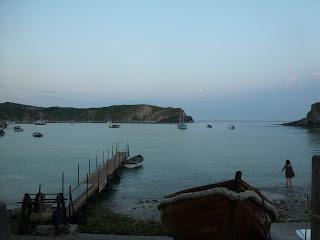 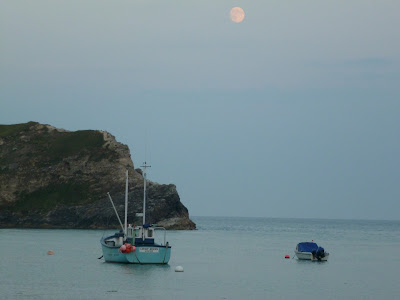 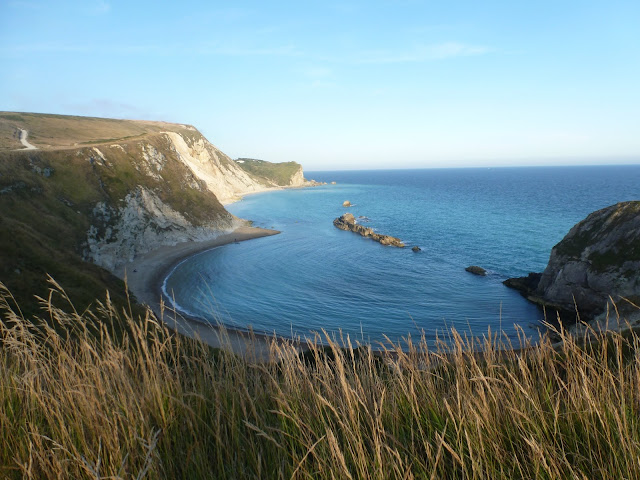 Leanne from Tales of simple days recently mentioned Durdle Door looked like a dragon - we are on the Jurassic coast with rocks recording 185 million years of the Earth's history! 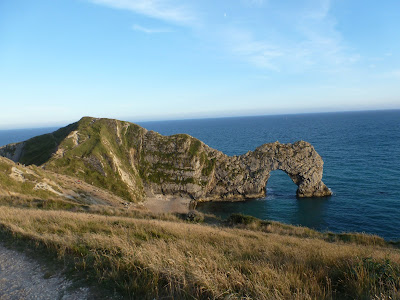 These are the some of the images of the sea I will remember in those cold dark days of winter.

Since my husband was diagnosed with cancer we appreciate even more the simple and beautiful things around us. We have make more of an effort to search them out and create a basketful of special moments. (My husband had his prostrate removed in April. He has recovered well, but because the cancer was found on the edge of the prostrate there is a chance it may reappear. Hopefully with regular checking it should be picked up early and treated.)  My heart goes out to those of you who are in a similar position, or in ill health and hope that better times are around the corner. 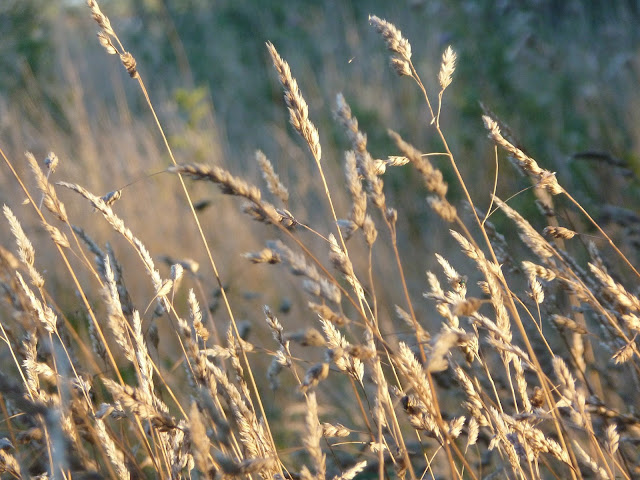 Do you have a special moment that has happened over the past few months that you will treasure? Money can't buy the things I appreciate most - family, friendship, blogging and appreciating the beautiful things around me. It's the simple things that make my heart sing. 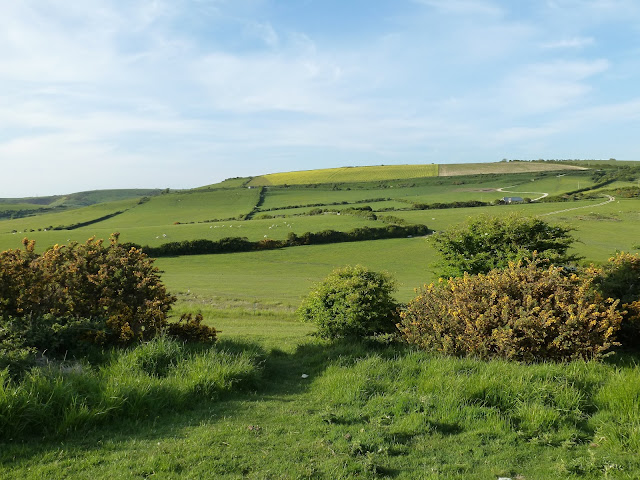 One of the farms nearby over the past few years has had campers using their fields. The fields overlook the sea, the council will only allow them to open for 28 days a year. Over the years the number of campers and fields have increased. The other evening we took Daisy for a walk a bit further along from this farm and discovered even more fields being used. It is a joy to see so many others enjoying this special location and creating their own treasured family moments too. 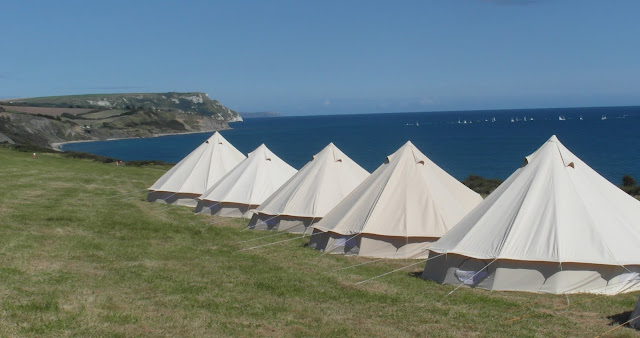 We realised the camera was missing it's battery so these pictures of the tents are some supplied by the farm in preparation for last years opening and the picture of the fields was taken in May!


Wishing you a week of treasured moments.
Sarah x