Sorry for the absence we have been on holiday. We returned home on Friday so it gave us the chance to attend Bridport Hat Festival yesterday. 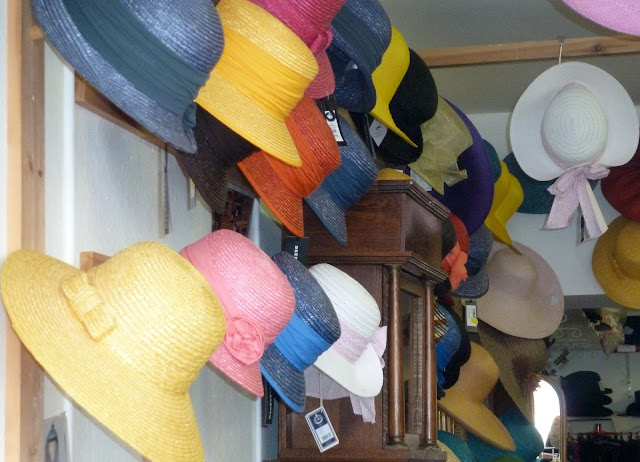 The hat festival is an annual event that has taken place in Bridport over the past 4 years. There is an amazing hat shop in Bridport called Snooks  selling all types of hats. It was the owners idea to have a day were everyone wears hats and celebrates hat wearing within the town. It has become more popular each year.

Even the band join in the fun! 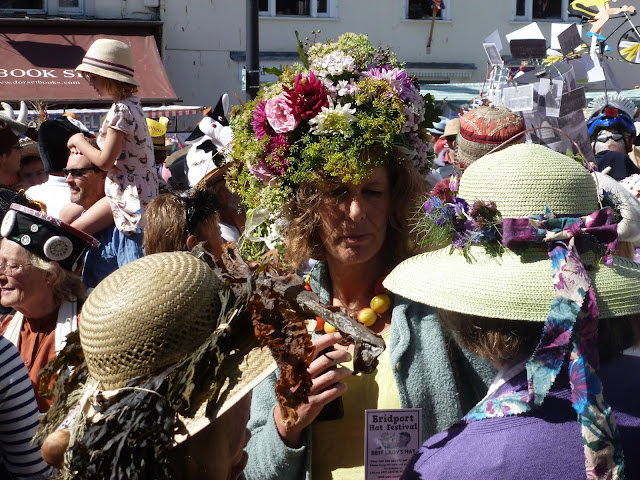 There were some amazing creations. 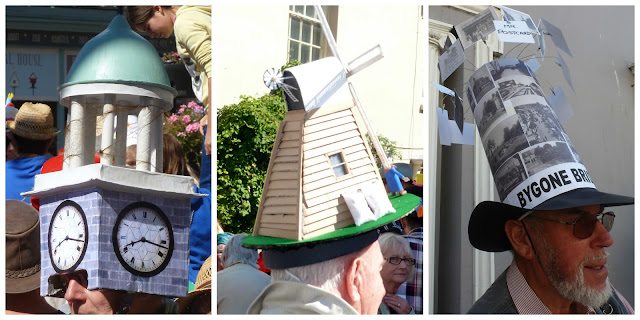 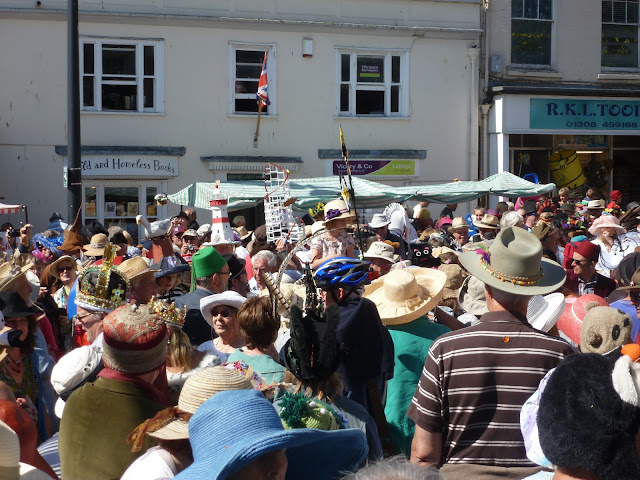 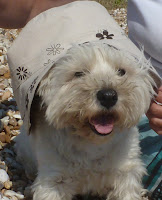 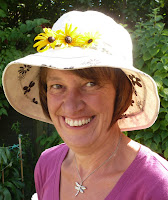 It was such fun to see everyone joining in with big smiles on  their faces. We were watching films last week about Britain in the 1950's and it was noticeable how many people were wearing hats all the time, whatever their occupation. I remember my parents and grandparents often wearing hats. I won't mention the uncomfortable boater I had to wear for school in the summer! Of course we joined in although we weren't very imaginative. My husband wore his Van Morrison hat and I had my canvas hat that I decorated with daises and the brooch of the West Highland terrier that Emma made me. One of my followers Heather that often comments here also attended, sadly we didn't see each other. Daisy declined to attend she doesn't like wearing hats and wanted a rest after her holiday! There were however many dogs that took part, so maybe we can persuade her next year!

Do you have any stories of hats to tell?
Wishing you a happy week, it's going to be hard going back to work tomorrow after a weeks holiday, but next time I will tell you all about the holiday.