We were woken on Wednesday morning with rain battering on the window. Our plans of two days and a night in Devon didn't seem such a good idea, but as we crossed the border into Devon we spotted blue sky and by the time we reached the coast it had turned into a beautiful day! 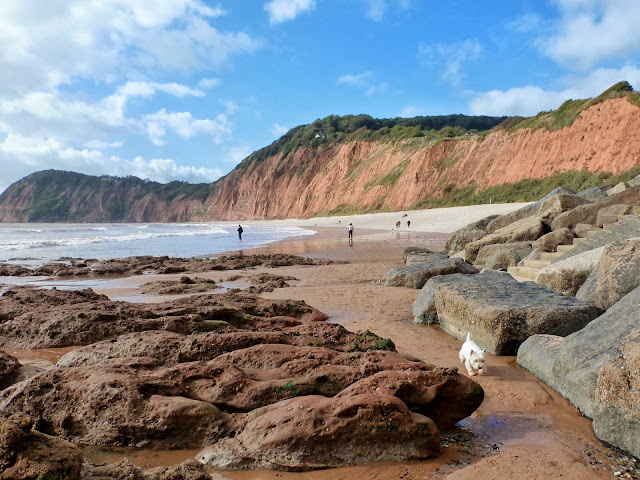 This is Sidmouth in Devon.  It is surrounded by breathtaking scenery and the red sandstone cliffs look so spectacular especially against a bright blue sky. 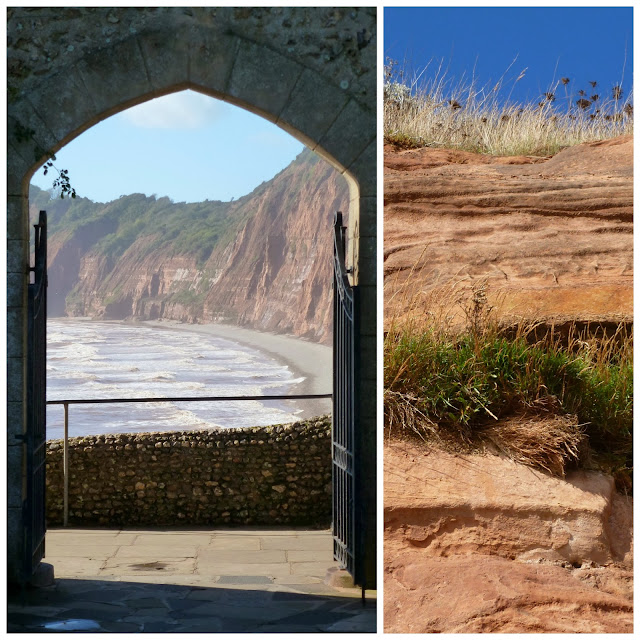 Sidmouth has been admired by many including Sir John Betjeman   (1906-1984) described it as feast of visual delight and it still lives up to that description today,don't you think? 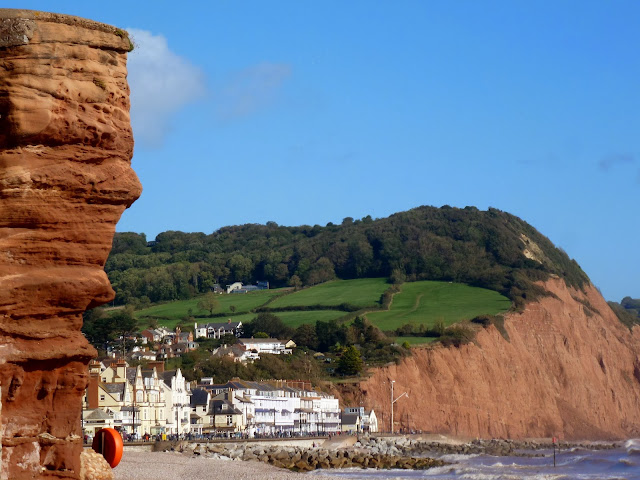 I shall use John Betjeman's words rather than mine to describe some of the scenery :-


Mansions for admirals by the pebbly strand
And cottages for maiden aunts, inland,
That go with tea and strawberries and cream,
Sweet sheltered gardens by the twisting stream,
Cobb, thatch and fuchsia bells, a Devon dream! 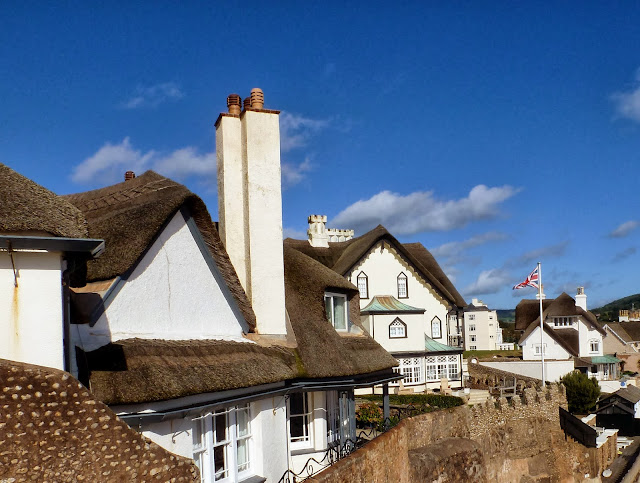 My brother and sister in law were astounded that we hadn't visited their favourite part of Sidmouth on our previous visits. The clockhouse tower cafe under the tower produces stunning food as well as views! We ventured down the wooden staircase known as Jacobs Ladder to reach the beach below... 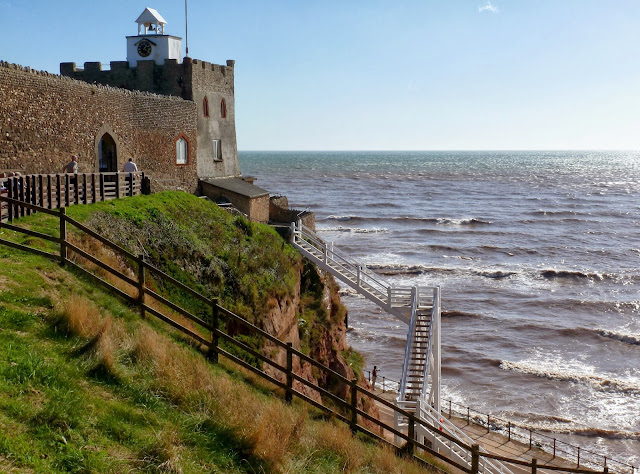 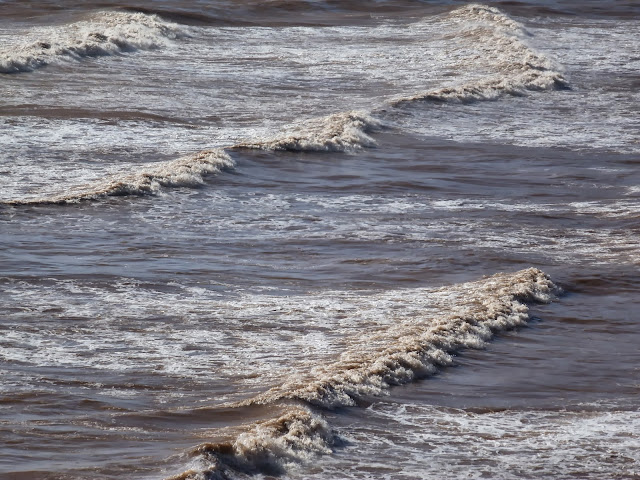 The waves were quite impressive too! 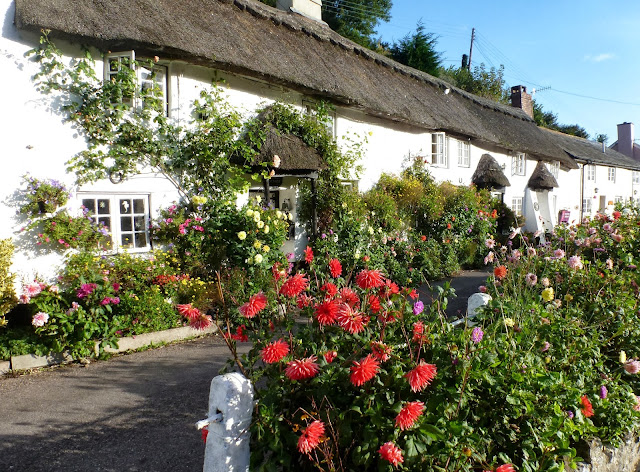 We were staying in a pub/hotel in the neighbouring pretty village of Branscombe. I loved this display of dahlias outside this row of traditional Devon cottages in the village. 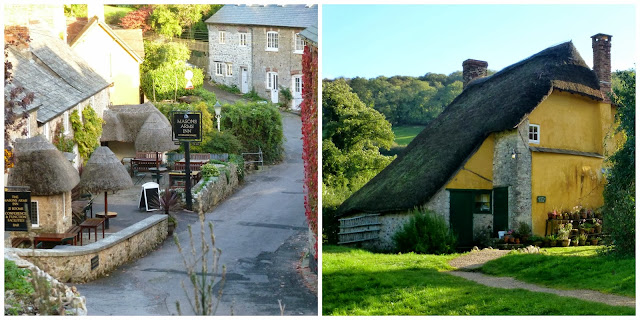 These quiet country lanes  however, looked very different for a few days in January 2007 when following  storm damage the cargo ship Napoli was beached. Up to 5,000 bounty hunters flocked to the beach as items were washed ashore- some coming as far away as Ireland and Belgium. The bounty included  BMW motor bikes, barrels of wine and hair products see here. The beach was soon cornered off to stop any further looting.

Now once again it is an empty and peaceful scene. 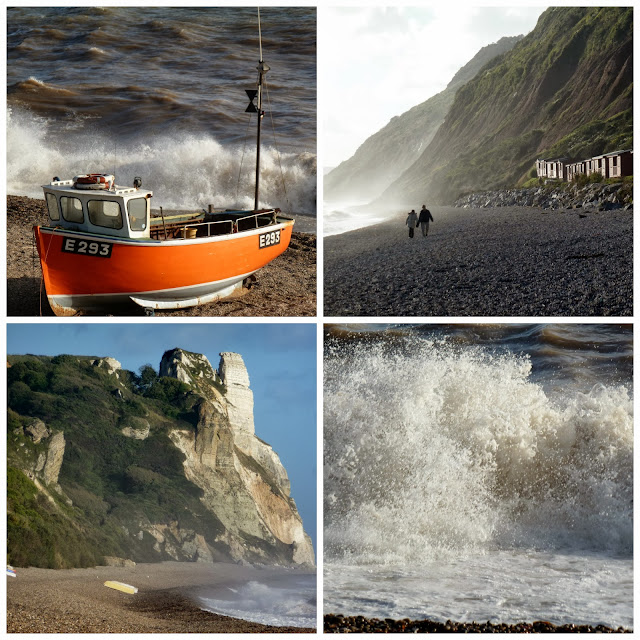 Accustomed as we are too being by the sea, the sight and sound of the waves crashing on this shore on a mild Autumn day will remain with us for a long time to come.


Thank you for all the lovely comments you leave and also a  hello and big welcome to my new followers Amy at Love made my home and Lesley.