Glimpses of the sea

Catching glimpses of the sea makes a walk extra special. 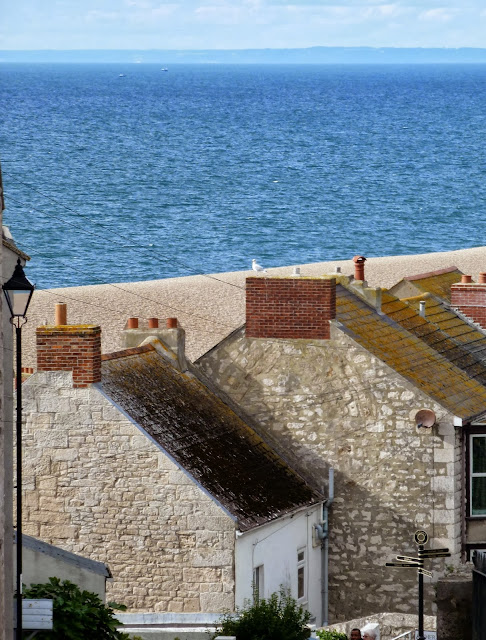 This is the Isle of Portland and in the distance is the famous Chesil beach is 45 foot (14 metres) at it's highest point. 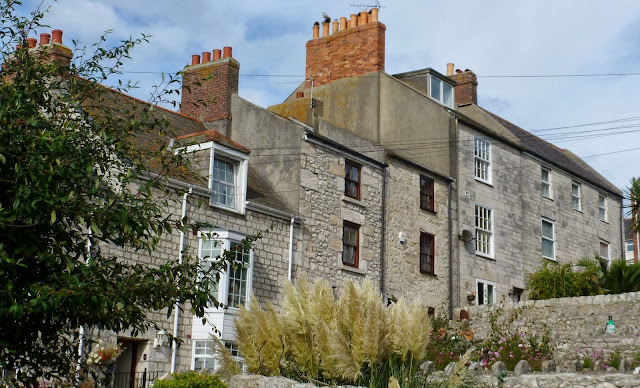 Many of the old Portland cottages are built on the steep slopes overlooking the sea. 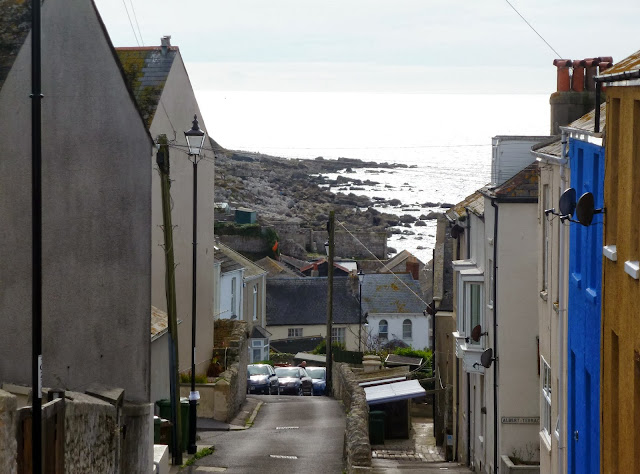 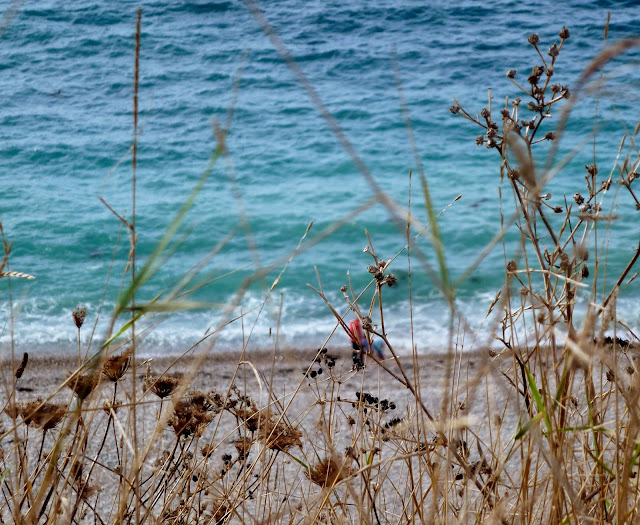 On a warm autumn day the blue and green colours of the sea were beautiful. 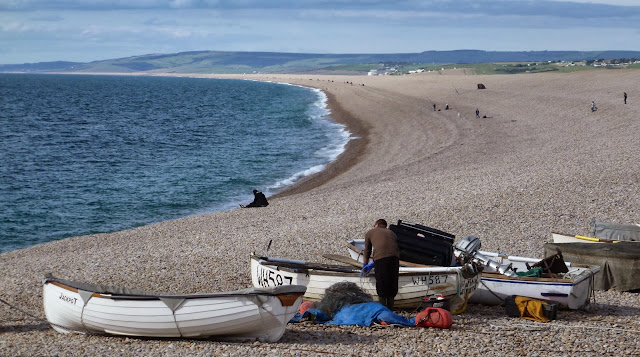 The majority of people on this stretch of beach are fishermen. This is a wonderful description of the same scene in the 1930's written by Llewelyn Powys :-

On a fair summer's morning how wonderful to stand on the famous sea bank overlooking Dead Man's Bay with wide-benched fishing boats on either side, and the pebbles under foot spotted and blackened with fisherman's tar; the air smelling of green waves, or wind and sunshine; and the vast nets spread out everywhere to dry.

And the old stone tavern called the Cove Inn which stands on the top of the beach - was there ever such a hostel? The landlord was told me that during the worst winter gales the sea invariably reaches to its stone porch and goes poring down on each side of the house to the sheltered village street below.What a view presents itself from its sarcophagus-like doorway in fine weather - the great sea beach with its wide-sweeping curve of twenty miles, the broad flecked acres of the West Bay; and everywhere old weather worn benches, old stone seats,where generations of aged fishermen, with bleary eyes still as keen of sight as the eyes of shags are content to sit for hours scanning a sea and horizon familiar to them for the past seventy or eighty years. 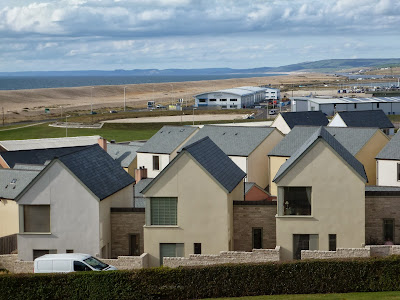 Moving back to the present these modern buildings were built for those competing in the sailing events at the Olympic Games held here last year. They have now been put on the open market to be sold. 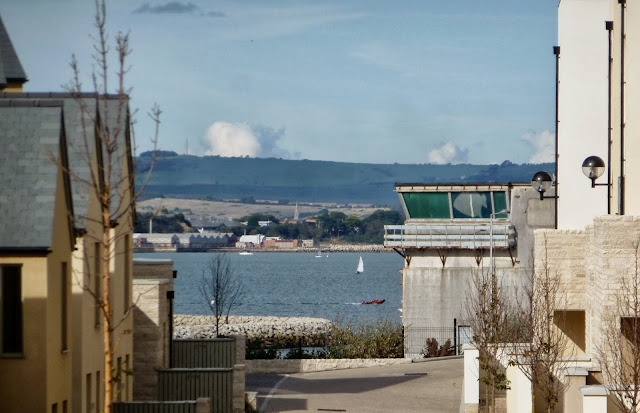 On the edge of the Olympic village the old control tower in the foreground is one of the few reminders left  that this area was home to a naval base for 150 years, it closed down in the 1990's. 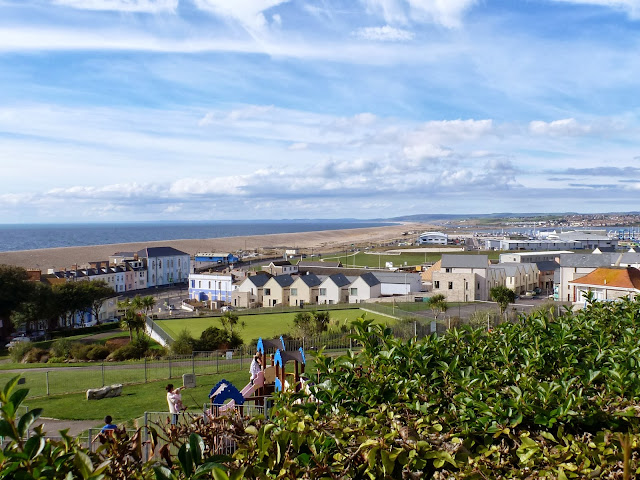 Portland can be windy and in parts barren, people either seem to love it or hate it. We always enjoy visiting it and taking in it's unique character. I hope you have enjoyed this visit too. Do you have anywhere near where you live that is very different to it's neighbours?