The changing face of the countryside

Have you ever considered what huge changes have taken place in the countryside, even over the last 50 years? These pictures were taken at the Weald and Downland Museum in Sussex during our holiday in September  The museum tells us about the lives of the men, women and children who lived in these traditional buildings in years gone by. 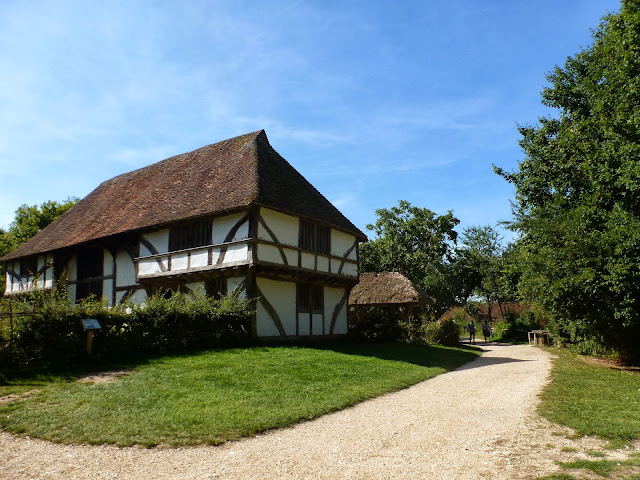 I have recently been reading the book An Island in Time-  the Biography of a village by Geert Mak, which tells the story of the decline in village life of Jorwert  in North Holland - but this could also be the same story retold in many villages throughout Europe. Over the past 50 years the villages have changed as farms have grown larger, schools and shops and pubs have shut and many of the villagers now work away from the village. In the South West many villages now have many holiday homes that are empty for much of the year.  The village were I lived in the early 80's has empty barns where previously cows were milked. The book highlighted how technology has caused an even greater loss of connection between the land and the people. 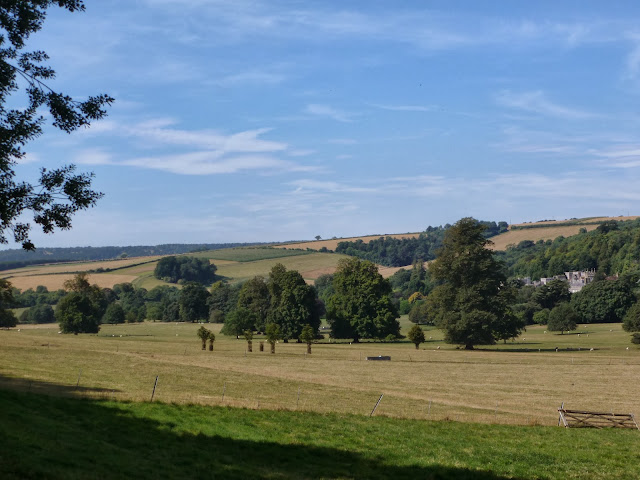 Looking back through the generations where did you ancestors live? Most of mine lived in the countryside or close to the sea. They would have been quite self sufficient living in their communities, you certainly couldn't say that is the same for most of us today! 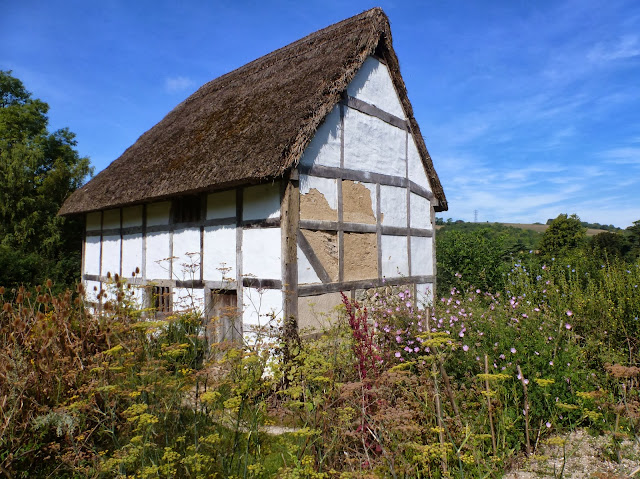 The Weald and Downland Museum was a wonderful day out, it is in beautiful surroundings and it was interesting to look in the buildings and see how people had once lived.  In Germany (where I grew up) the farmhouses are large with the animals living in the main part of the building with the families living in separate quarters alongside. I didn't see any of examples of this here. 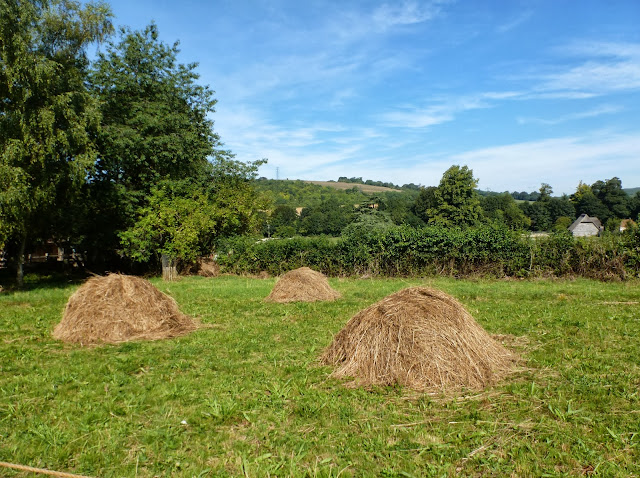 The company that supplied the wildflower meadow seen at the Olympic opening ceremony had surplus turf and some of it was donated to the museum. Sadly the meadow had been cut when we visited! 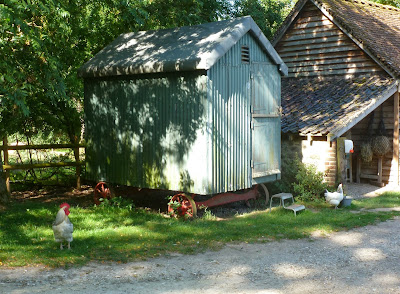 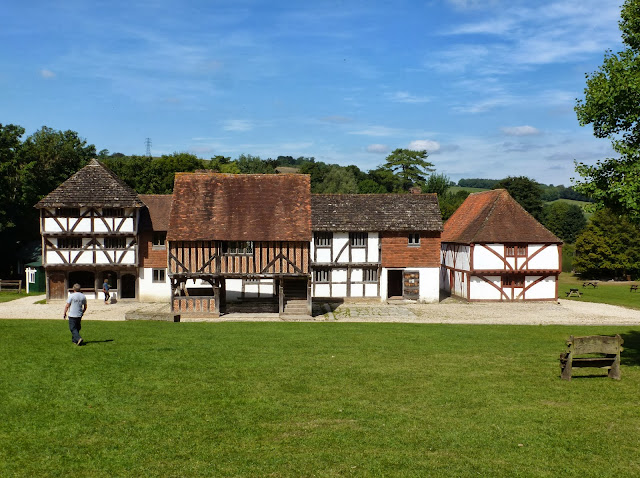 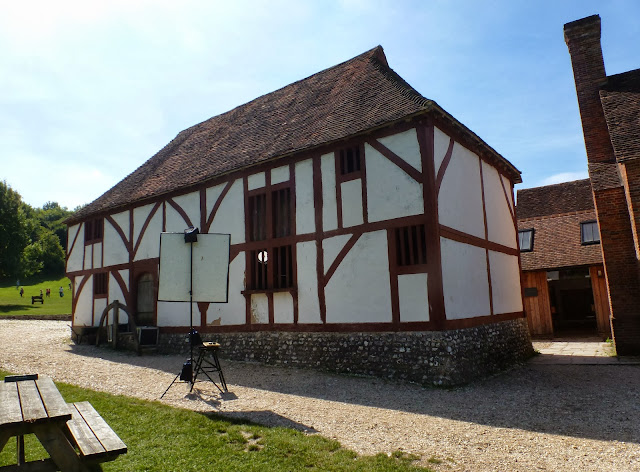 The BBC have been using this location for their forthcoming series of a "Tudor Monastery Farm." They were filming on the day we visited - you can see a spotlight inside the building and the white board outside was reflecting more light into the building. We also saw one of the presenters dressed in his Tudor outfit. We have enjoyed the previous series of the Victorian, Edwardian and Wartime farms and we will be watching this on Wednesday evening too.

As Willie mentioned in the comments below the Tudor Monastery Farm starts tonight on BBC 2 at 9pm. You can watch previous series on you tube see links below.

Have you noticed changes in the countryside in your neighbourhood?