One of the highlights of our holiday in June to Sorrento was the fantastic views of the active volcano of Vesuvius across the bay. It was so interesting to climb part of it and see it at close quarters. Vesuvius last erupted in 1944 and is thought that another eruption could happen at any time..... 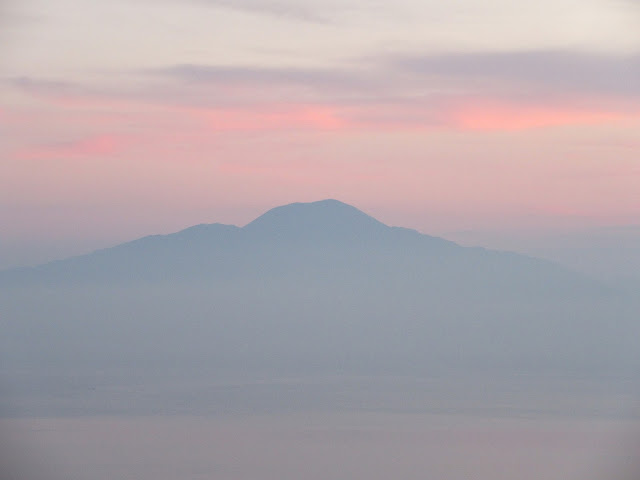 Has anyone else been up a volcano? It was a bit different to what we expected.We were surprised to see so many plants growing and learnt that in the spring there is a huge number of butterflies seen on the slopes.The very top of the volcano looked more like a huge quarry and  there wasn't much to see except one wisp of steam. The  burning core of the volcano is about 5 miles underground. 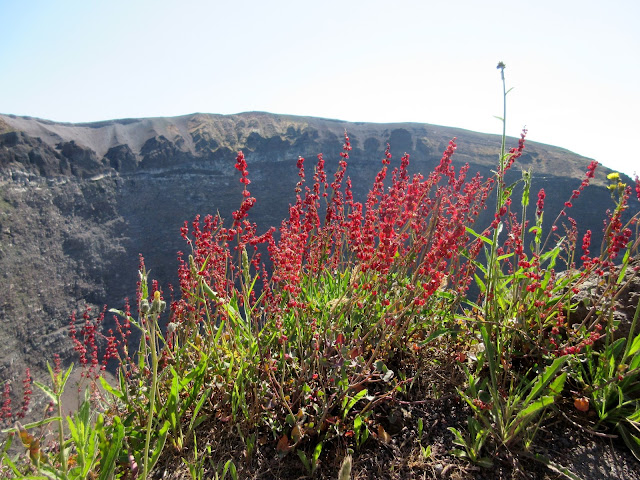 Over 3,500,000 people live below the volcano  Those living closest to it have been encouraged to leave with cash incentives. The land is very fertile, however, producing good crops and people don't want to move. There are evacuation plans if the volcano starts to shows signs of an eruption and with today's technology this is constantly monitored. 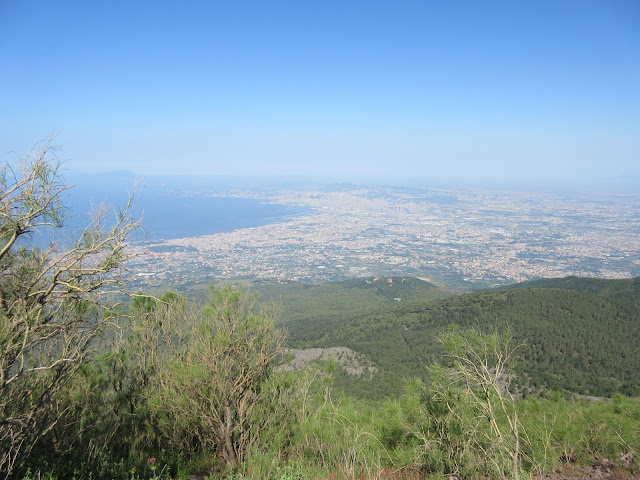 There was no warning when the biggest eruption occurred in 79 AD. This area was well known for earthquakes and earth tremors. When the eruption occurred a huge mushroom of ash, stones and dust was pushed into the sky 12 miles high. For nearly a day this fell on Pompei. Then suddenly the eruption changed and an avalanche of molten rock rushed down the mountainside straight for Pompei.  The population of Pompei was estimated to be about 20,000 sadly those residents that were unable to escape were either killed by ash and stones, buildings collapsing above them or were suffocated by the inhaling a mix of carbon dioxide, hydrogen sulphide, hydrogen chloride and sulphur dioxide gas. The neighbouring town of Herculaneum was also buried in a mountain of ash. 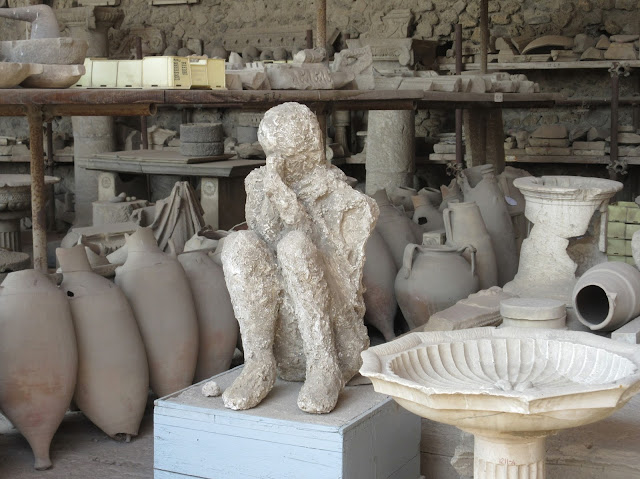 Pompei was rediscovered in the 16th century but exploration did not begin until 1748 and has continued to this day, of the 66 hectares only around 45 hectares have been excavated. We had seen pictures of Pompei but never realised how large it is. We spent a few hours there and only saw a tiny part of it.

This is a picture of Vesuvius that was found in Pompei - they didn't even realise that it was a volcano. Notice how different the shape of of it is compared with today. 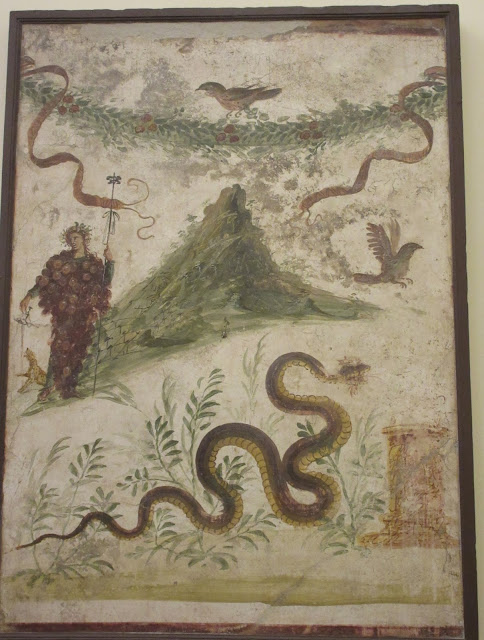 My husband isn't particularly keen on history, but even he found it so fascinating to appreciate the lives of ordinary people from so long ago. The lives of these people have been so well preserved and there was a wealth of different architecture, paintings and mosaics. You could even see the remains of an election poster on the outside of one of the shops. 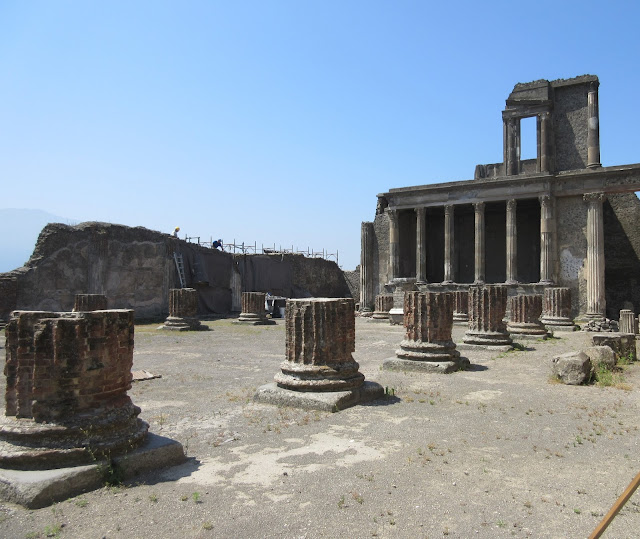 It was amazing to see that town planning was very advanced and the layout is one you could still recognise in our towns today, The long straight roads are a familiar sight to us as Dorchester  (where I work) was once a Roman town. 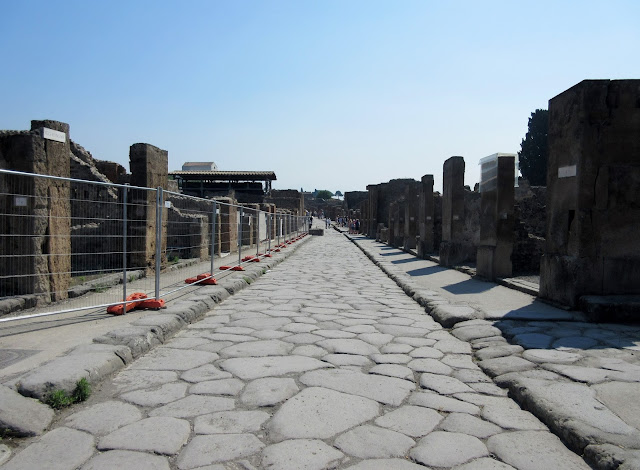 The technology of the public thermal baths seemed so advanced with not only hot and cold water but the rooms were also kept warm by circulating air through the wall cavities.The  roofs were also designed with ridges to allow the condensation to run down from the ceiling. 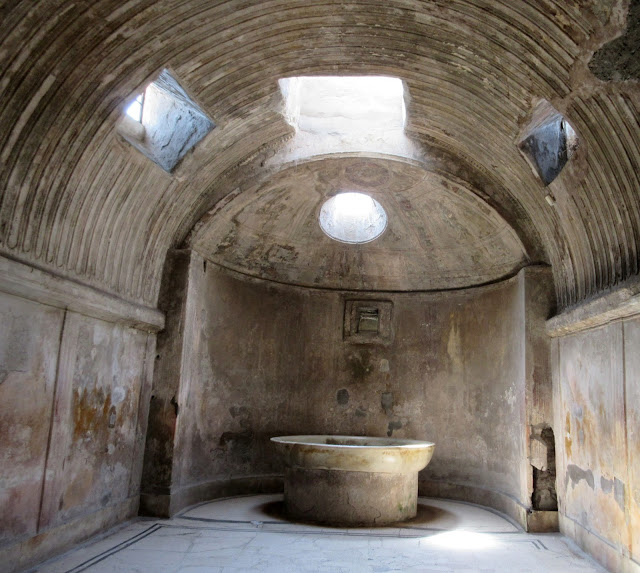 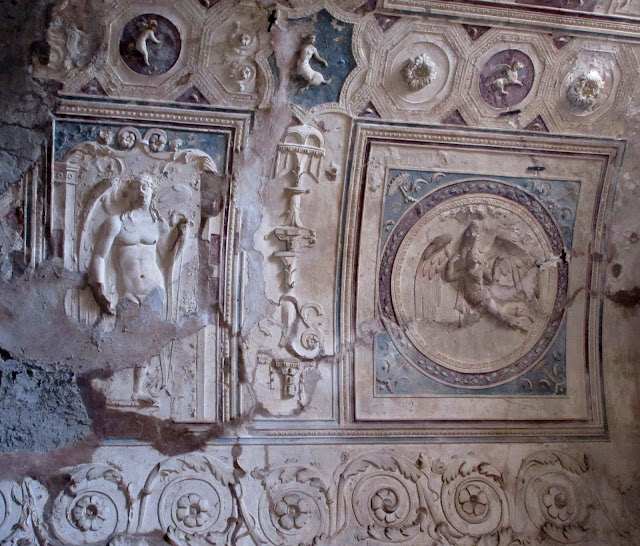 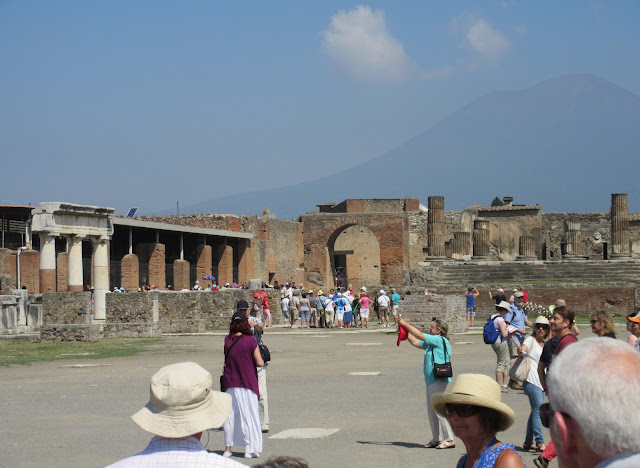 It was a such a popular destination with so many visitors there.  You could spend a few days here and still not see and learn everything! If you are interested in finding out more - details and short videos produced by the BBC can be seen here. 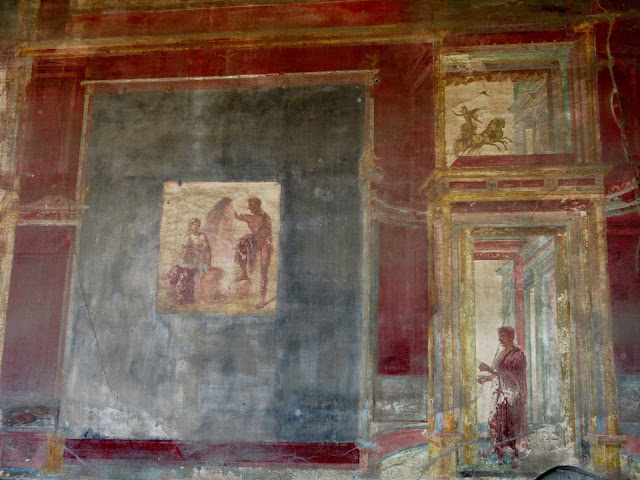 Thank you as always for popping over to visit me and welcome to my new followers.Wishing you a good week.
Sarah x