This week there has once again been reports of palm oil being washed up on the beaches of Dorset and Hampshire. It is so frustrating that the ships that discard this oil at sea can't be identified and prosecuted. Dogs have eaten the lumps of oil (which looks like lard) causing them to become very ill. Birds have previously been discovered coated with oil and many have sadly died. Although the sightings of oil were in the east of the County, we have been more vigilant while walking on the beach. 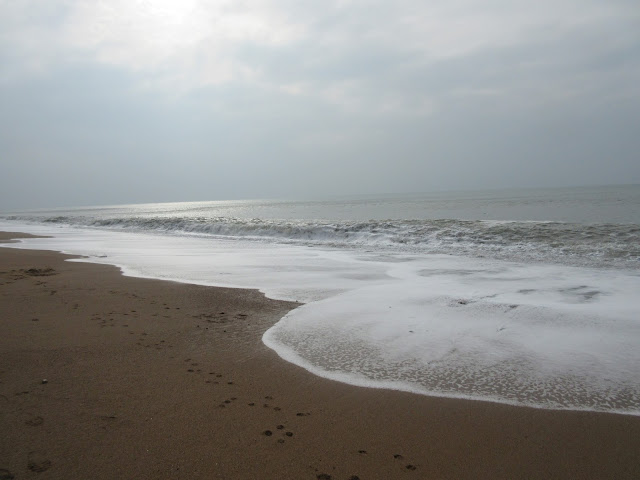 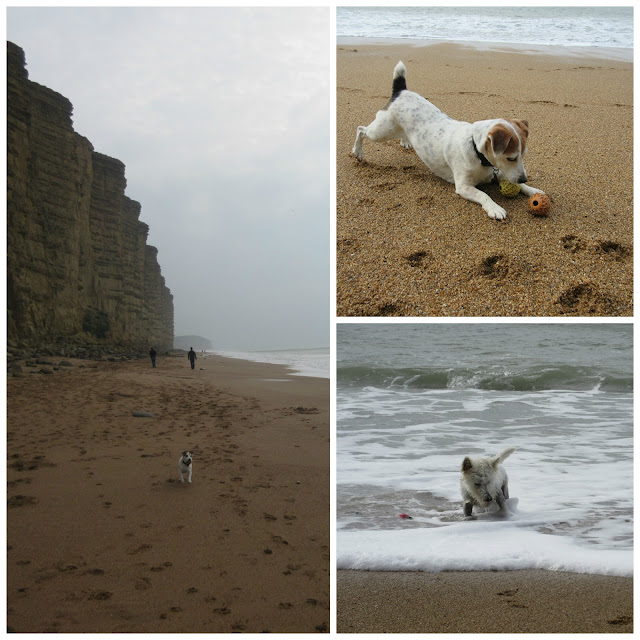 In the winter months the  majority of boats apart from the working fishing boats are taken out of the water and moored on the harbour side. The wooden boats are always my favourites, and the one below I have been admiring all summer. It is good to see it at closer quarters. My father-in-law who was carpenter, worked on building wooden boats in Weymouth . When the company moved over to creating fibreglass ones, he hated working with the new material and left.

We are lucky in Dorset that the wooden boat-building craft is still alive, thanks to the Boat Building Academy in Lyme Regis. They train students over a 38 week period and the end of the course is celebrated by launching the boats they have created.

Fans of Broadchurch will recognise this beach hut from the first series - it has been announced this week that the hut will be knocked down and a similar one rebuilt further inland. It will be sad to see it go, but it is so frighteningly close to the edge of the cliff. 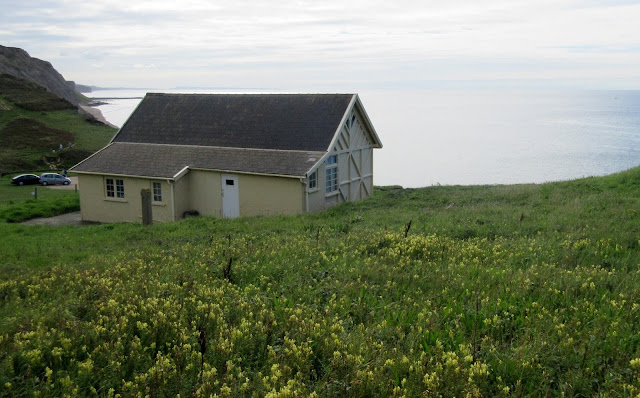 We had friends around for a meal this weekend and one of my easy signature dishes is pavlova. I usually make it using raspberries but this is the first time we tried it with pears and chocolate. It made a nice change and was more appropriate for this time of year. What are your easy signature dishes? 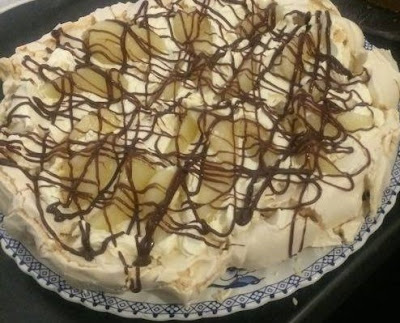