Stormy waters and a sense of wonder 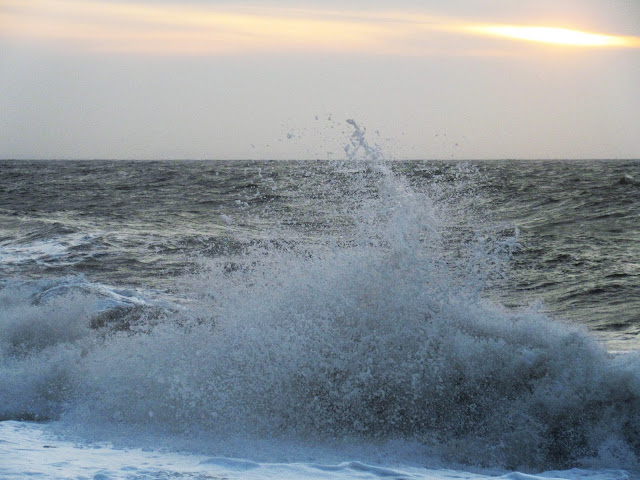 What are your hopes and aspirations for 2016?  As always I strive each year to make my life simpler and enjoy more the simple pleasures of life.  I do move closer to this goal each year, but perfection as always is some way off! 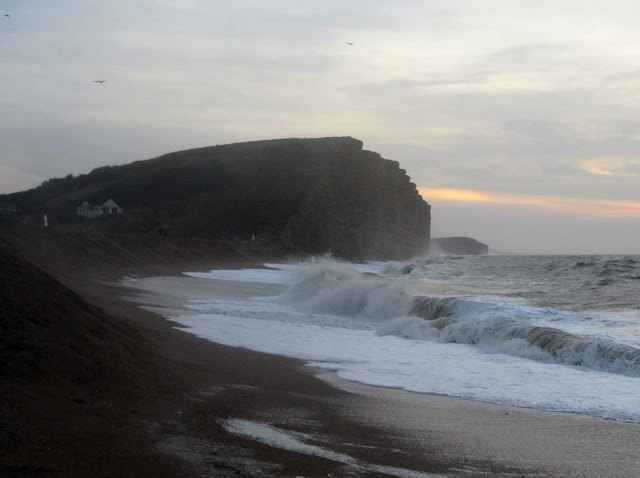 The coast here has been battered by gales and storms and two landslides since Christmas. The conditions have been so bad that the fishermen working out of West Bay have been unable to get out of the harbour and earn a living. Watching the waves crashing ashore you appreciate the power and danger of the sea. Mark in the last post commented about how those living by the sea imagine it always to be ripples lapping on a golden beach rather than it being dark, rough and threatening. 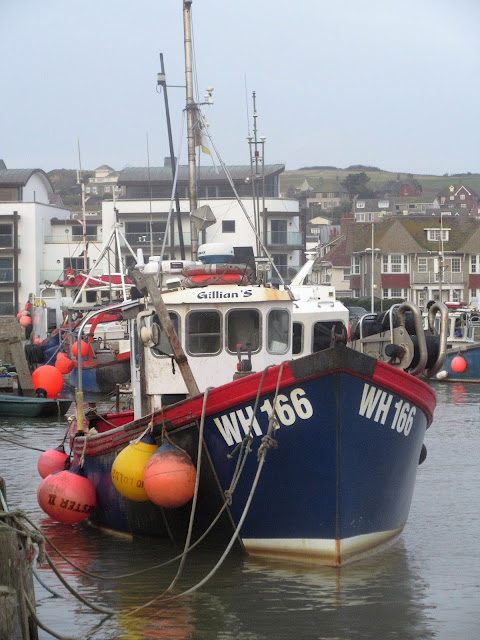 We had a trip out in the car to Lyme Regis, everything looked so grey and was such a contrast to my previous posts here! There was however something special about the light....... 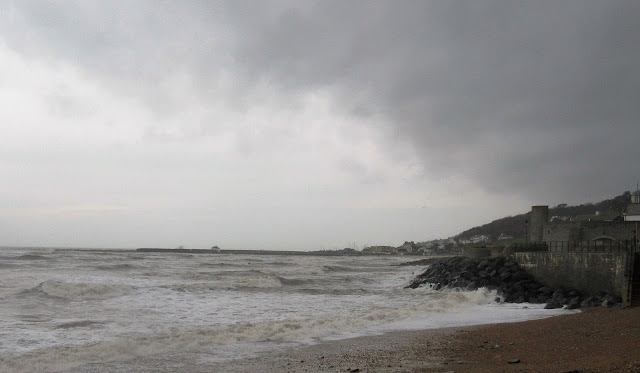 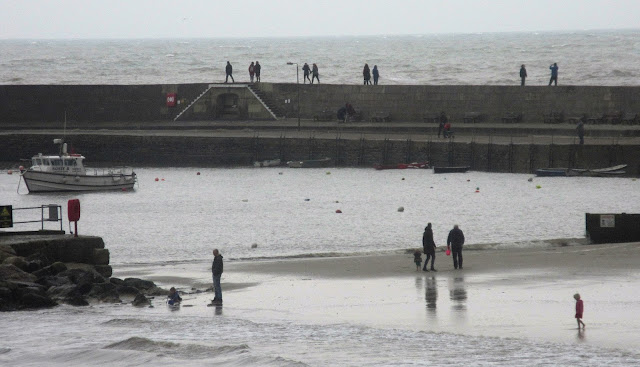 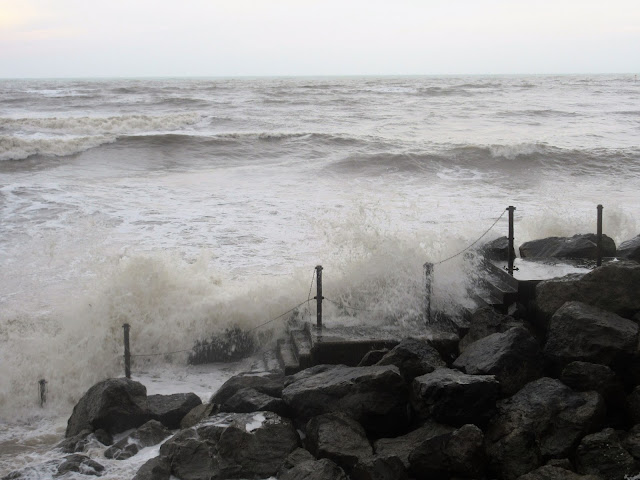 Our son's yellow coat in the image below was providing the only element of colour! Dogs are only allowed on this stretch of beach on leads. He and Tavi were enjoying a good run, although being a Westie, Tavi will run around and around in circles. I just caught him as he was turning! The greyness here too was such a contrast to the amazing colours shown on  David Attenborough's  new series of the Great Barrier Reef shown on the BBC this week. Did anyone else see the first epsiode? 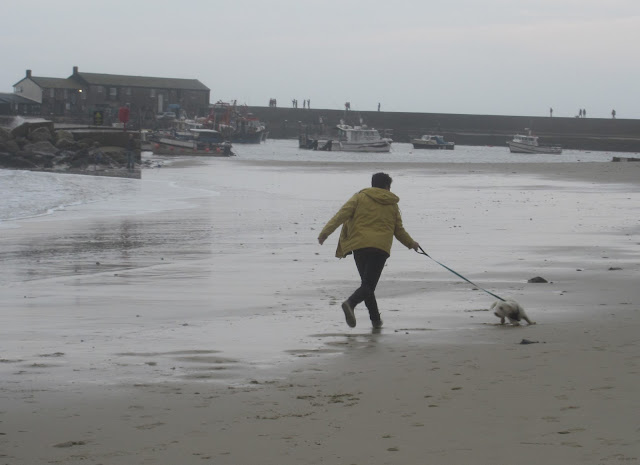 One of my Christmas presents was the beautiful book by Rachel Carson called The Sense of Wonder which was written in the 1960's. It was a book written to help keep alive children's inborn sense of wonder and renew our own delight in the mysteries of earth, sea and sky.(She is better known for the book "Silent Spring" that altered the world to the dangers of pesticides and taking the earth for granted)

Although my children are no longer small, I think the blogging world allows us to share this sense of wonder in the prose and pictures we share. The book has inspired me, during this coming year, to  pay more attention to everything around me. She describes in the book of walks with her nephew in the evening by the coast of Maine looking at the rocks, crabs, clouds, stars and wildlife, and sharing the wonder of these things. 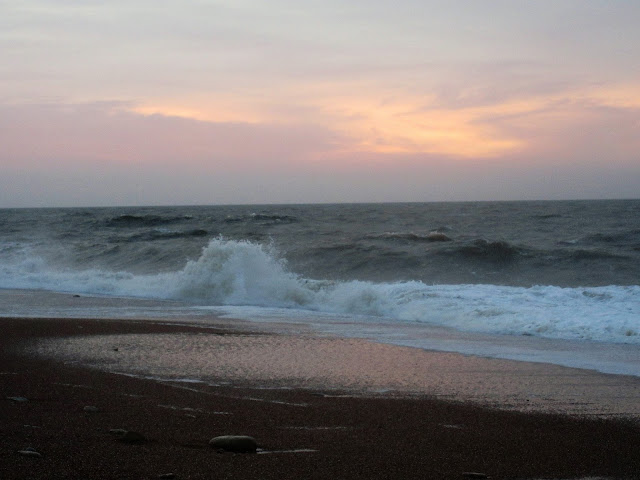 I shall leave you with this quote from Rachel Carson :-

“The more clearly we can focus our attention on the wonders and realities of the universe about us, the less taste we shall have for destruction.”