Walking along the beach and discovering stories from the past.

At the same time as I sat at work with the blinds closed to shut out the low sun, my husband and Tavi were walking along the beach enjoying the waves, sunshine and lovely colours! At least he captured this to share with me and you! 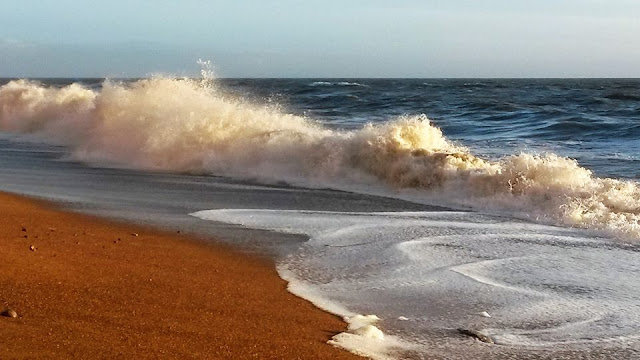 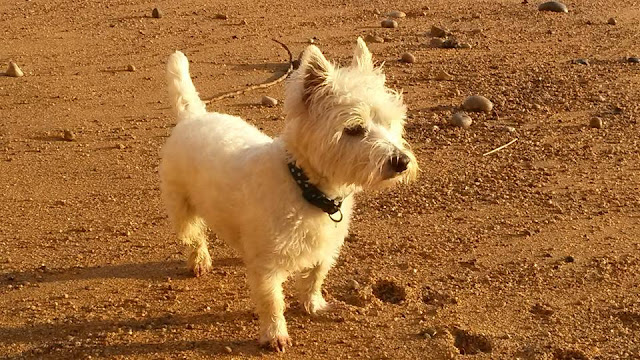 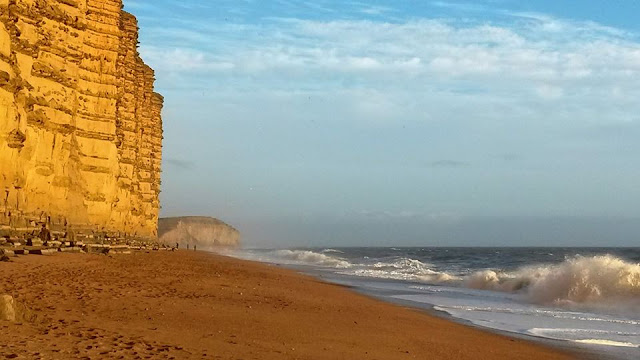 In my spare time this week I have been reading about West Bay and the neighbouring village of Burton Bradstock's role during the second World War. On two separate dates in June 1942 over 4,000  troops and 58 tanks were landed on this stretch of coast. The  exercise called Yukon was a rehearsal for the operation to land on the beaches of Dieppe, which had similar huge cliffs and beaches. The first exercise here was such a disaster, due to poor communication and troops landing at the wrong beaches, that it had to be repeated 11 days later - this time more successfully.

The residents of West Bay were evacuated for a few days, unfortunately not everyone was moved out and there was some alarm to see soldiers passing their windows. It was with great relief that the residents discovered that they were Canadian soldiers! There is a film and images of similar exercises here.

The actual raid on Dieppe took place on the 19th August 1942, out of the 6,000 troops that landed 4,000 were either killed, injured, or taken prisoner. It is believed that many lessons were learnt from this dreadful carnage that helped in the planning of  D Day two years later -  for more details see the Canadian raid of Dieppe.

The Germans had identified this area of the coast as a good location to invade England, Even today there are still many bunkers, anti tank defences and guard boxes to be seen along the shore. Later in the war many Americans were stationed in the area, before embarking for France. 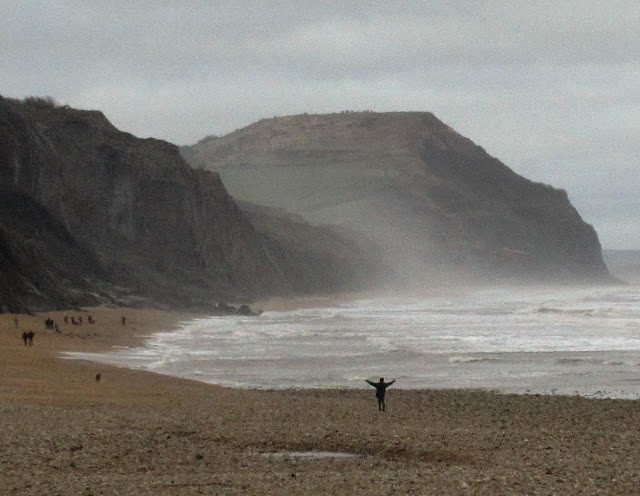 By the time the weekend rolled around, the weather had turned. We had some bracing walks, watching the waves crashing on the shore, as we walked away we could taste the salt on our lips. Our son and his girlfriend were down for the weekend. After we had dropped them back to the station, we visited Charmouth beach on the way home.  I was trying to capture the spray on the cliffs and didn't notice the person standing close to the waves. I wonder what they were doing! As always the light creates some great moments. 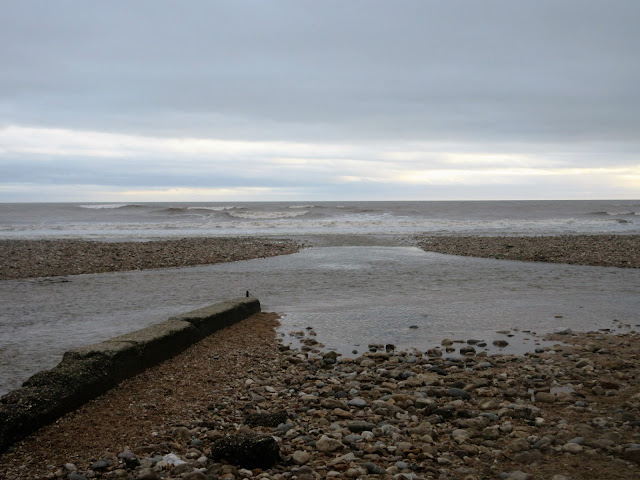 I was so pleased to see that others want to join in with  "Through the garden gate" each month. It will be fun to share the highlights and problems in our gardens.


Until next time.
Sarah x