After last week it's nice to show a clean white dog even if it doesn't last long! Tavi is getting better at posing for pictures, there was one time when he was younger that you would just get a white blur or discoloured blob! 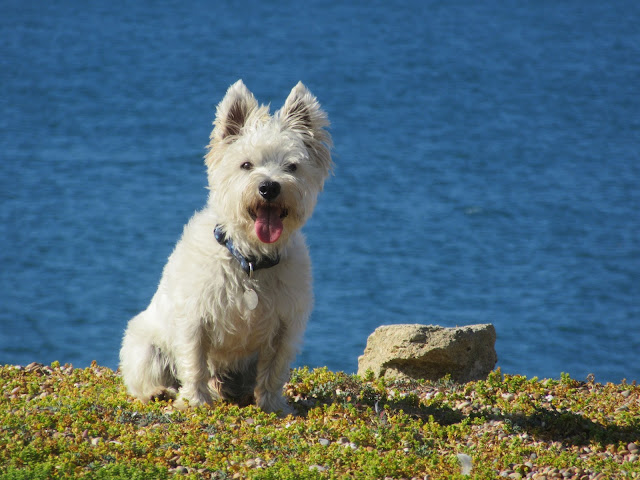 During the summer we have sought out empty places, discovering lovely new walks along the way. We recently walked from Swyre through meadows down to the Chesil beach. We had this vast landscape of sea, beach and sky all to ourselves. I subsequently discovered that part of this beach, just a little further along is for nudists! 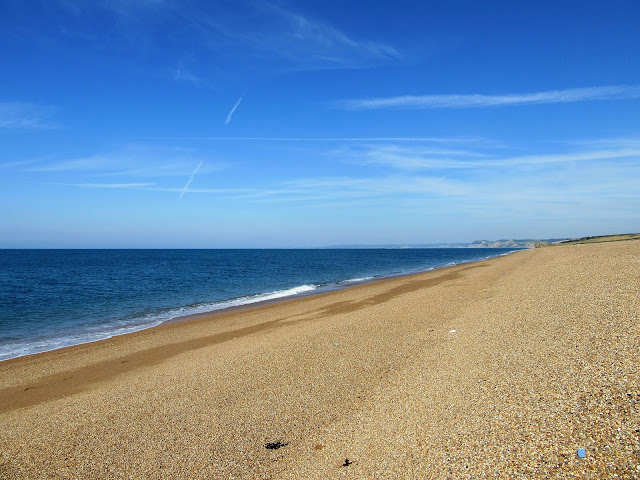 We came across these rusted metal poles, which were placed very close together. We could only assume they must have been part of the World War II defences. 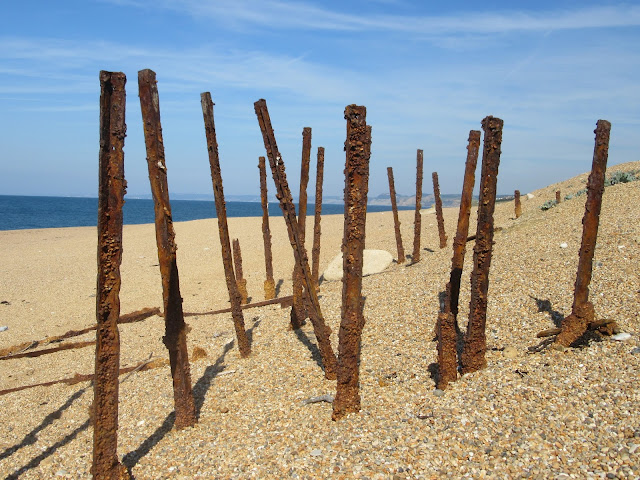 The Sea Kale was still providing a grey carpet to the shingle. Only this week while doing some research for a project that I am working on, a Merchant,  Mr H.B Way operating out of West Bay in 1812 produced detailed instructions of how to grow this plant for cultivation. It contains high levels of Vitamin C and has been used since Roman times to prevent scurvy during long voyages by sea. As mentioned in a previous post it is illegal to dig up the plants, but seeds can easily be purchased. Mr Way recommended planting the seeds in November or December. I will try and follow his instructions later in the year and see what happens. 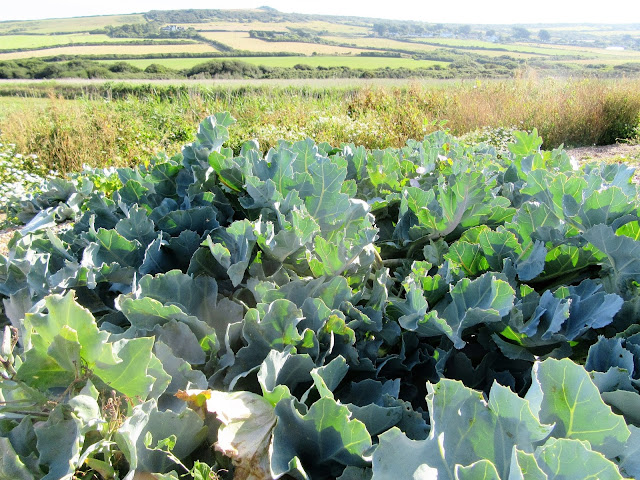 Over the weekend the weather turned more stormy and looking at the sea reminded us of those long forgotten winter storms. Sadly over the weekend in the UK there were six deaths caused by drowning as people underestimated the ferocity of the sea. Sometimes it is better to view the sea from afar....... 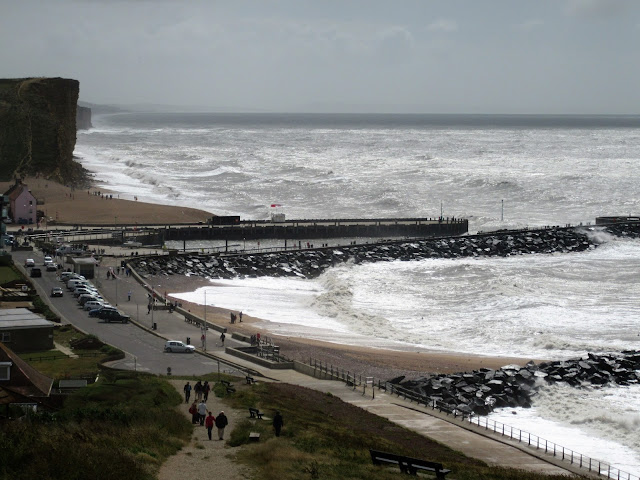 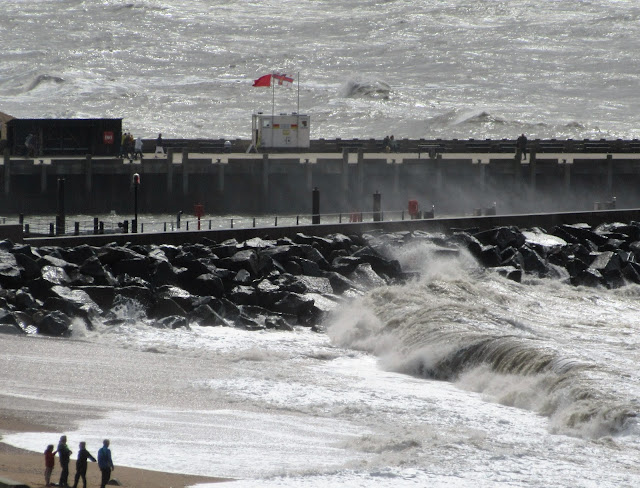 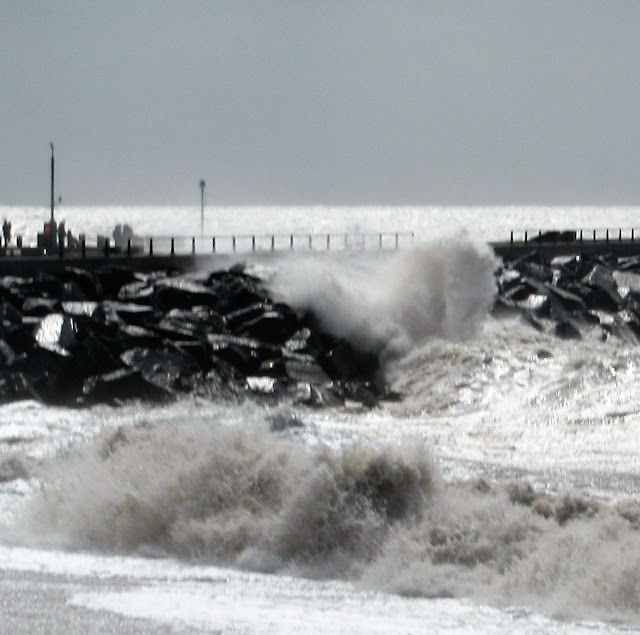 We have also experienced another cliff fall this week. It happened at 7.40 in the evening and there were still quite a few people on the beach, luckily no one was badly injured. We constantly see people ignoring all warning notices and standing on the edge of the cliffs or sitting right under the bottom of the cliffs or amongst recent rock falls.


Out on another walk we saw these sunflowers. They always make me smile they look so bright and cheerful. 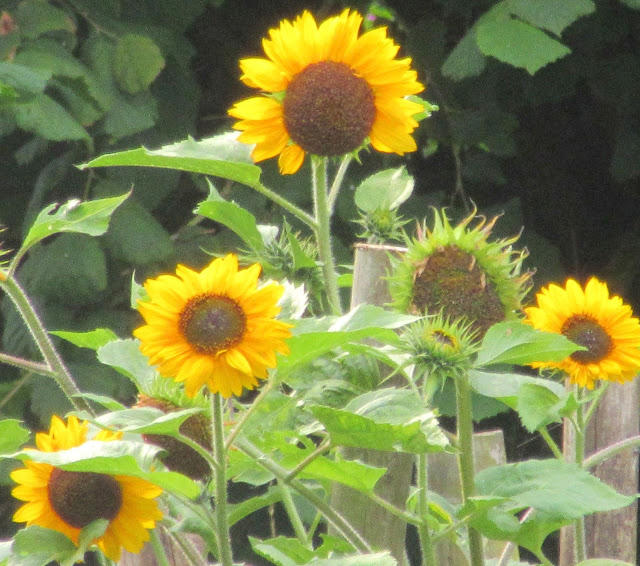 As usual the courgettes seem to have grown without us noticing them, does anyone have any good courgette recipes? I think we will be eating them for days! 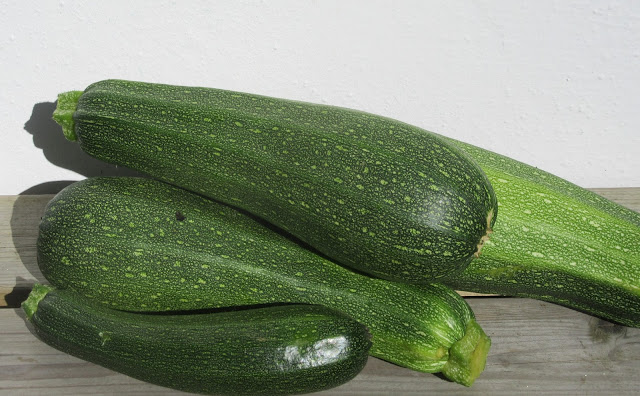 Thank you for visiting, until next time.
Sarah