This week we took an hours journey down the coast to East Devon. It is still part of the Jurassic Coast but it feels quite different. You can walk through time, as the layers of rocks along the coastline record 185 million years of the Earth's history.  Although it feels as if you have travelled to another country, the telephone box shows clearly that this is not the case!

The Triassic red rocks in Devon were a tropical desert millions of years ago and the pebbles on the beach belonged to wide river flood plains.


On the beach we discovered these wonderful Jurassic pebble art creations which were created by a local resident in aid of charity. It was sad to read that some of his work had been destroyed by vandals. 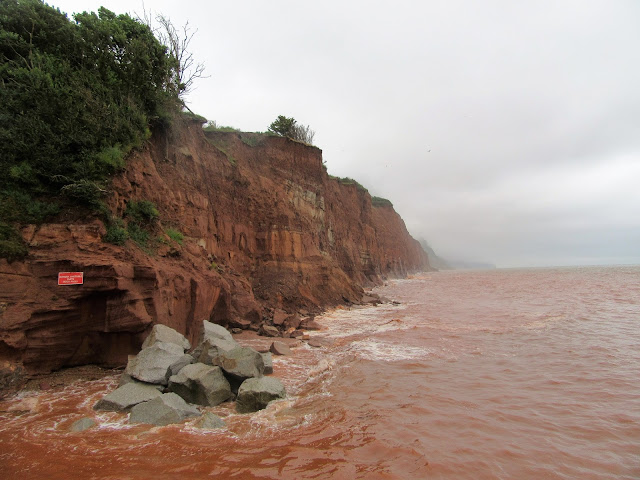 The reason we had headed in this direction was to attend two evening concerts at Sidmouth Folk Festival. It is a great music festival that has been running in the town for over 50 years. Unlike many other UK music festivals the events are held within the town, which adds to the atmosphere. Tickets for the popular acts are often booked well in advance, but even if you aren't attending one of these you can still enjoy many aspects of the festival that take place in the streets. Many of the pubs have live music and this is so popular that the people often spill out into the street. It is normal to see many musicians walking by carrying their instruments or tuning their instruments in the park. 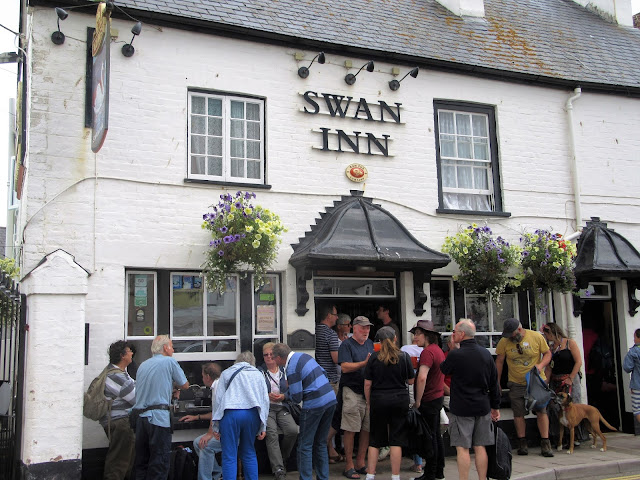 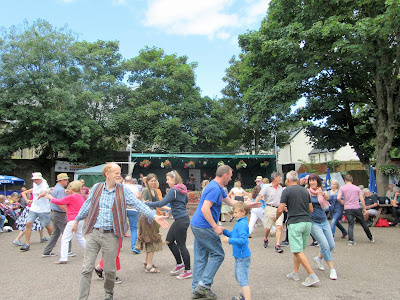 It did feel again that we had been transported aboard listening to Le Vent du Nord, a folk band from Quebec in Canada. Their songs were all in French, but for us this added to our enjoyment of listening to them. Many years ago we were on a camping holiday in France in Brittany and one evening a local folk group wandered around the camp site singing, they songs were so beautiful and like Pied Piper of Hamelin they enticed you to follow them! (As a child we often used to visit Hamelin with our visitors.)

The following evening we watched Oysters3 (a slimmed down version of the Oysterband) who are were also excellent. It is so good to travel a short distance and still experience music from other places. Have you been to any music festivals this year? 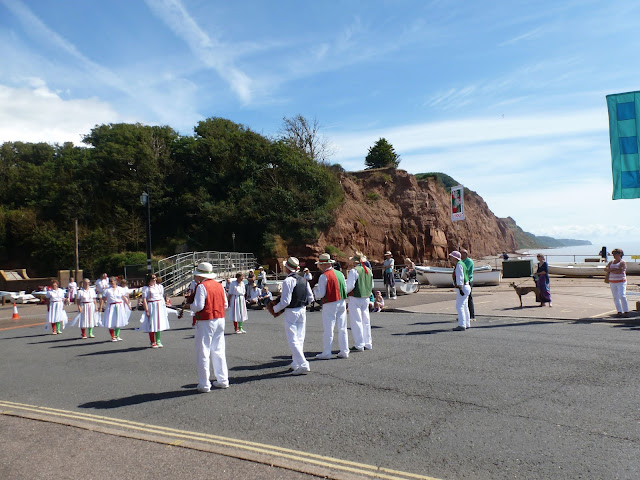 The seafront also doesn't escape from the music either. Many dancing groups also take part. Although we didn't witness it this time. I will leave you with this clip about Things to do on a Saturday afternoon when it gets too warm!


Hope you are having fun whatever you are doing.
Sarah x