Where the earth slipped away

Thank you for all the comments on the previous post and I hope you don't mind if we take another visit along the Jurassic coast in this post too. Our friends suggested a pre-Christmas walk along the most magical parts of this stretch of coastline and we couldn't resist! 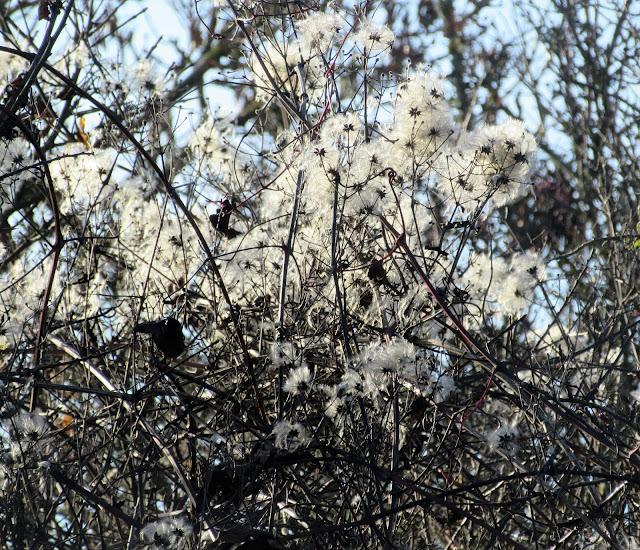 So before we set off let us take a step back in time and go back to December 1839. The land here was very fertile and supported farms,orchards, and market gardens. Two weeks before Christmas locals began to see settlement cracks appearing in their homes, and cracks in the ground along the cliffs. On Christmas Eve a labourer returning home from celebrations noticed the path had fallen a foot, but full of alcohol,he was not unduly concerned. He went to bed but the noise of the land moving, kept waking him and when he did get up at 5 am he had difficulty getting out of his front door and raising the alarm. 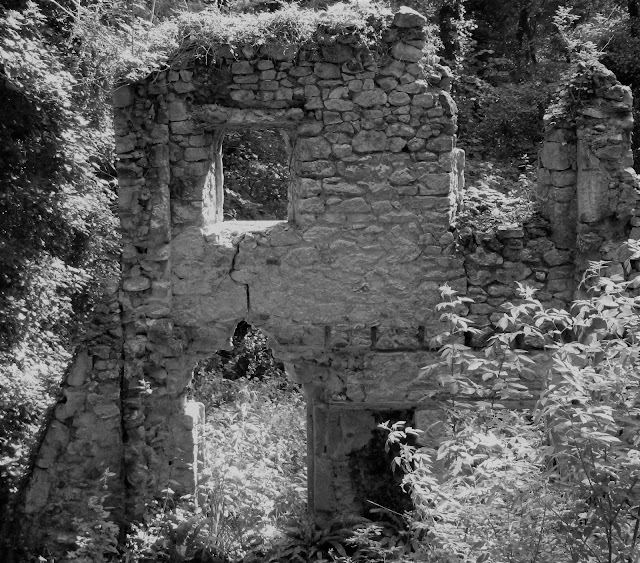 The Bindon landslide was huge, eight million tons of rock slid off and headed towards the sea, a great deep chasm of over 20 acres was formed between the land and the sea and a piece of land named 'Goat Island' was left standing see here. There had been constant heavy rain during the six months before the landslide. The geological structure of the land is made up of many different layers of rock. Some layers of rock will not let the water in, while other layers dissolve before it. The result is similar to a high pile of precariously balanced books when one book is removed.


We walked along the Undercliff back in 2012 and stared up at Goat Island in awe.

Then three years ago part of the coast path was closed due to another on-going landslide, thanks to conservation bodies and hard working volunteers, the path has now been diverted on to Goat Island. Although it reopened in April, this is the first chance we have had to come here. 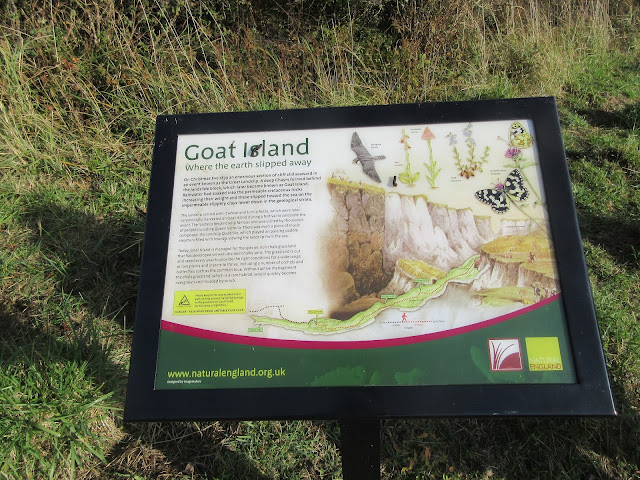 The chasm is so deep and full of impenetrable undergrowth.  As we sat on a log and enjoyed a flask of coffee and a mince pie we took in the beauty and peace surrounding us. It is fantastic nature reserve where wildlife can thrive without much disturbance from man.

The views out to sea were amazing too, a river of fog hung over the water where the River Axe flowed into the sea. 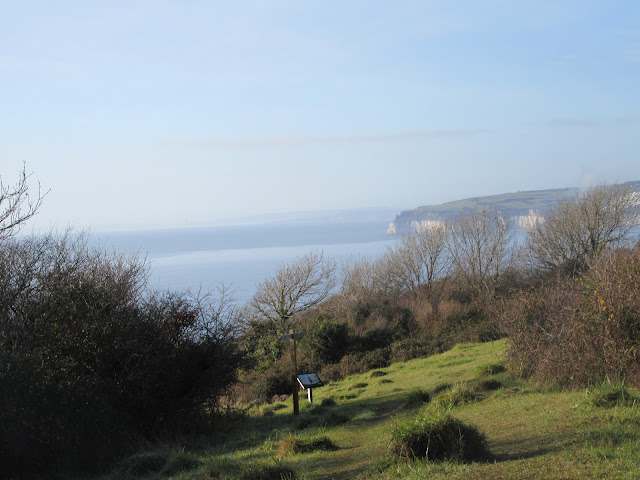 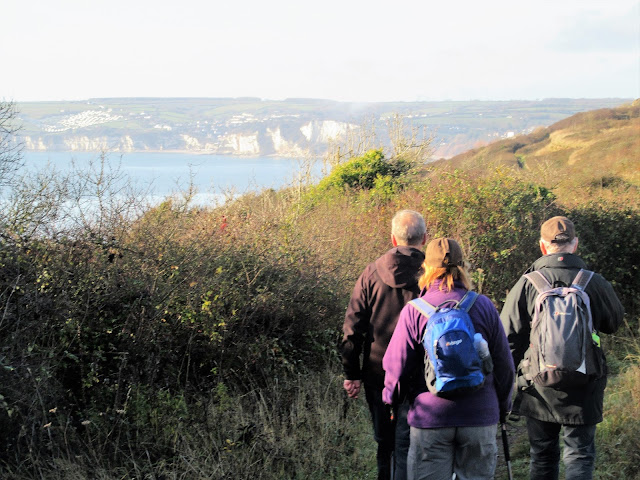 As we headed back to the car the fog cleared giving us beautiful views of the white cliffs of Seaton and Beer. 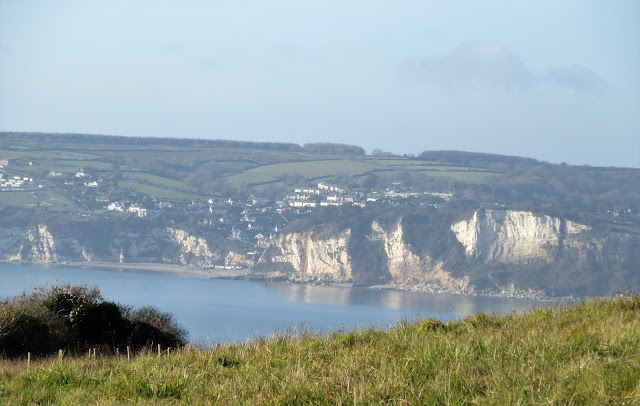 I'm afraid that wasn't the end of the land slipping away from me at least ! The path was muddy, my foot slipped and I ended falling backwards into a bush of brambles and ended up with cuts to my neck and feeling an idiot for having fallen over. There has to be one and it is usually me! At least there wasn't a picture of my mishap. It's much better to end with the beauty of the Old Man's Beard! 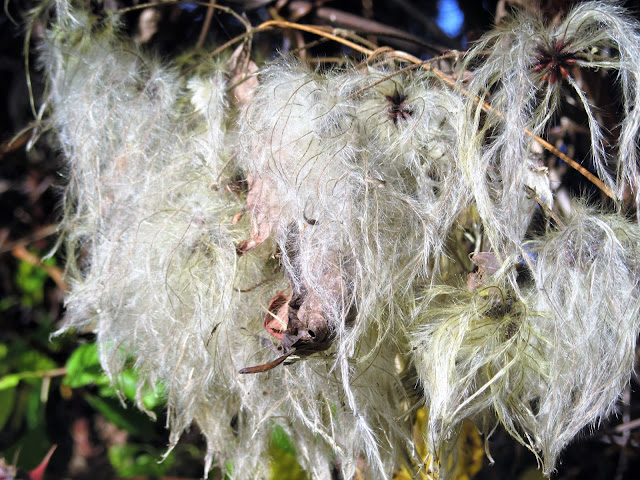 Wishing you a good week ahead, last week was busy here, so I wasn't able to visit many other bloggers, hopefully this week I will be able to pop by.