The Beast from the East

Why did I mention Spring was here last week, it didn't last long! The Beast from the East Snowstorm reached here on Thursday afternoon. It was the first time Tavi had experienced snow and he was initially frightened, but with the help of a ball he soon started playing in it and got covered in snow! 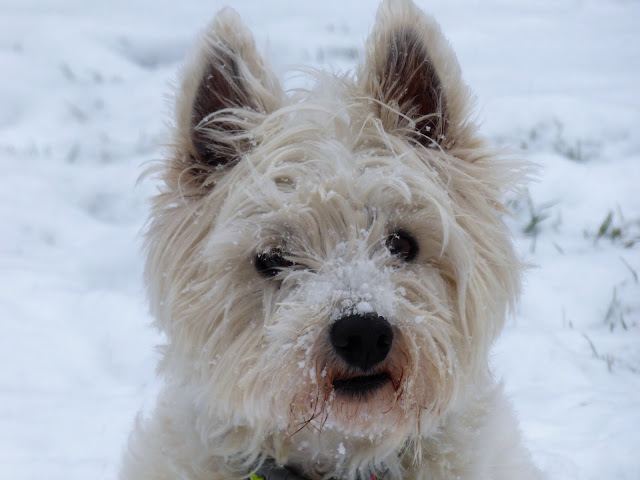 It was my husband's 60th birthday on Friday, we had planned a weekend away, but we cancelled it once we heard the weather forecast. Instead we awoke to find freezing rain had covered the snow, the road was impassable and our drive had turned into a skating rink. Despite this, our milkman had walked up the road and still managed to deliver our milk, what service! 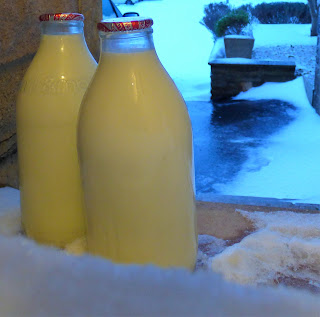 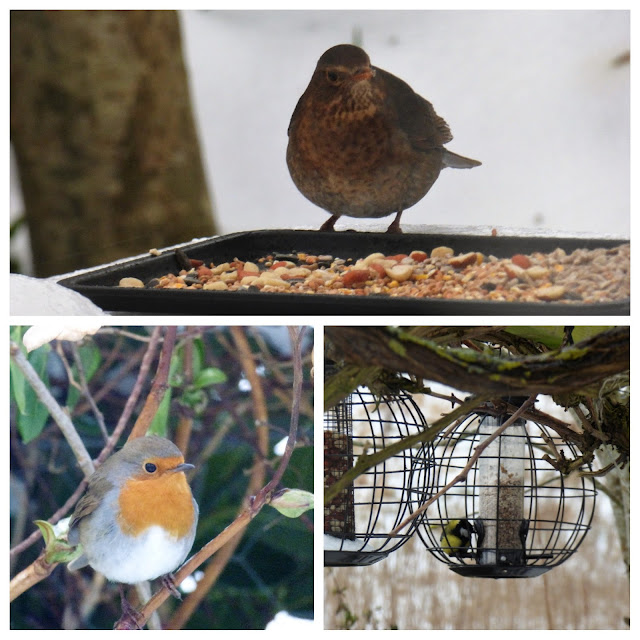 We put out extra food and water for the birds and spent most of the morning bird watching from the warmth of our home. There were many birds flying overhead and landing in the fields around us, including flocks of lapwing and golden plover. 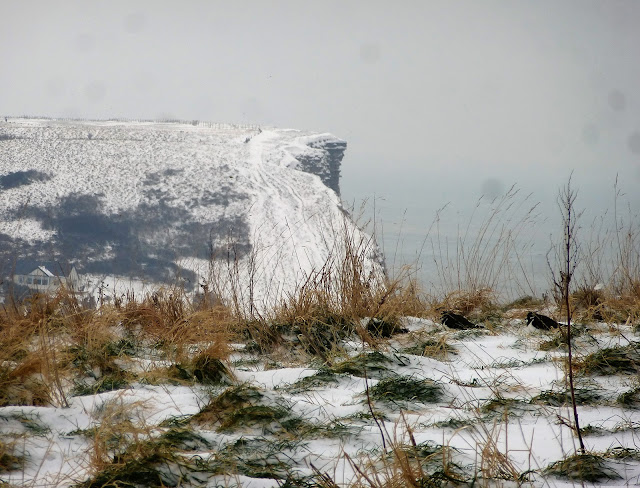 Leaving Tavi at home, we managed to get out of the back entrance, and climbed the hill. The snow covered in a layer of ice, crunched with every step we took. Our familiar golden cliffs looked so different covered in white .The lapwings were almost hidden behind the tufts of grass. 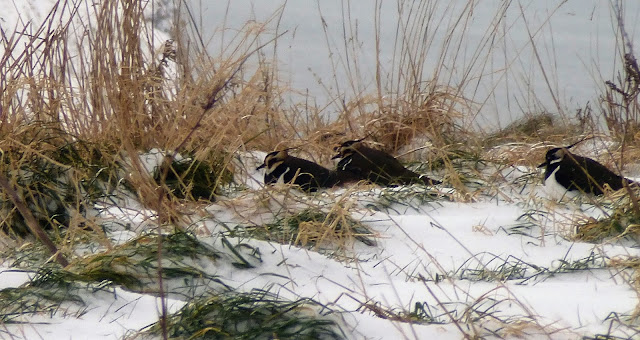 The zoom on the camera allowing us to see them closer up. 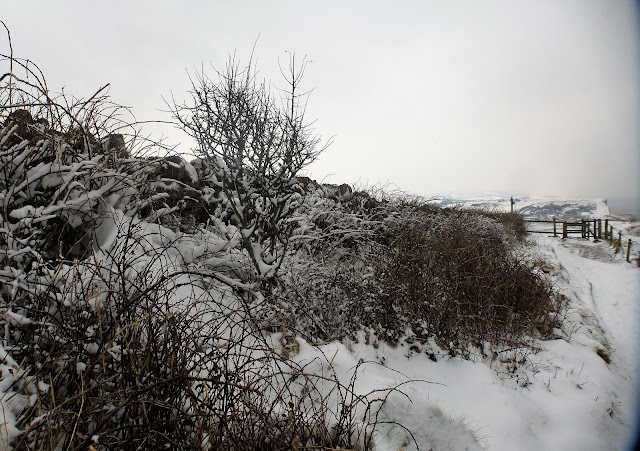 We haven't had any snow since we moved here three years ago, and so we were curious to see this landscape looking so different. 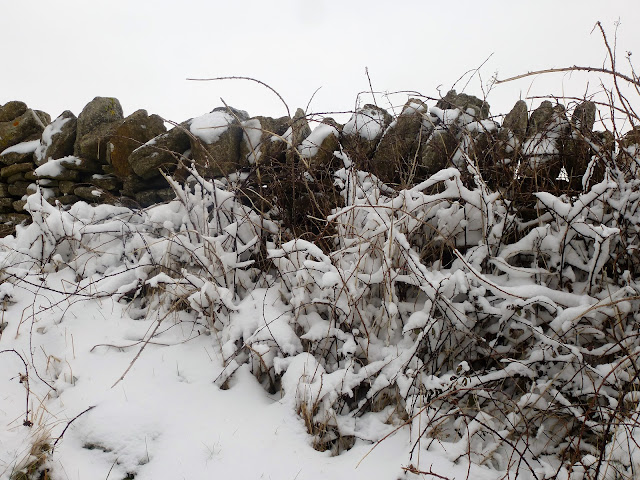 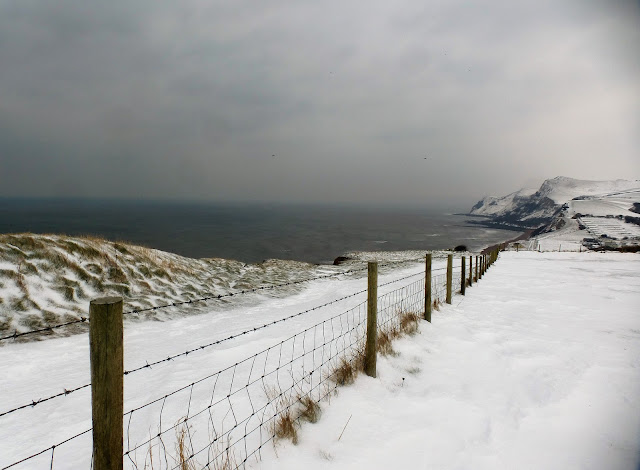 As we stood looking at the view, a freezing wind suddenly blew up  making it very unpleasant to be outside, so we headed for home  just feeling grateful that we had food and a warm home to return too. Unfortunately we have heard that many birds have perished during this cold spell. 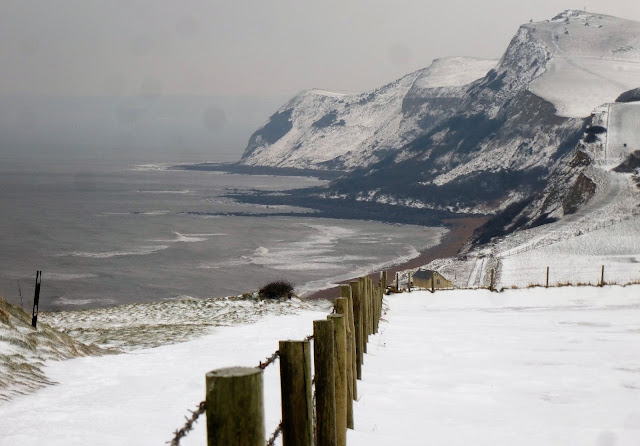 Thank goodness that within 48 hours the snow had gone and life has returned to normal.  Did you suffer any consequences from the Beast from the East?