Think of the English landscape and images such as those created by the famous English painter John Constable, will probably will come initially to mind. Constable was born in 1776 and died in 1837. Despite this some of the landscapes he captured haven't changed very much in nearly 200 years!

The Hay Wain painting used to hang in one of our classrooms at school. I remembering gazing at it often, maybe I wasn't fully concentrating on the lesson! It was a real treat for me to visit this location when we were visiting Suffolk in September. 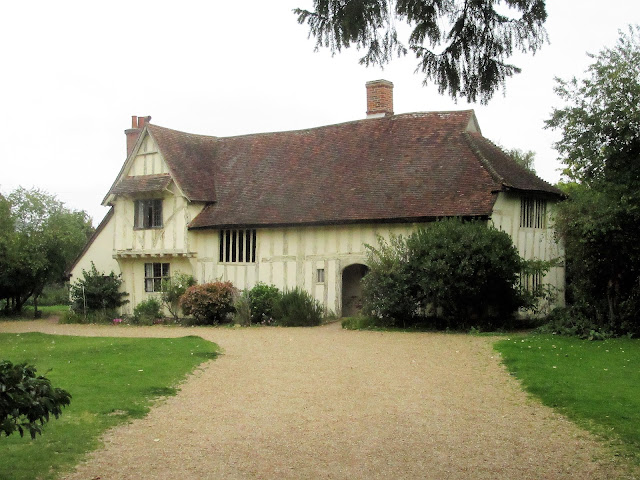 We passed this magnificent farmhouse, and apart from its appearance, it attracted my interest. My ancestors had also lived in a farmhouse along the Stour Valley which had unfortunately burnt down, and I wondered whether it could have been similar to this one. James Barker was a gentlemen farmer with 500 acres and was one of the founder members of  Essex Agriculture Society. Through old newspaper articles I have been lucky enough to discover his views of free trade, turnips and whether there was any life on the Moon!  As I have researched my family history I have become quite attached to some members of the family. One of these was Sarah Barker who was James's wife and had the same name as me!

Sarah's Grandfather Charles Cox and her father Anthony Cox were Packet Agents in Harwich. Their duties were to receive all mails and dispatches from His Majesty's Minsters that arrived from Holland and other parts of Northern Europe and forward them to the General Post Office in London.  Part of this time was during the Napoleonic Wars when Harwich was the main port connecting to the Continent. The Cox's were also responsible for recording and receiving payment for anyone leaving the country. Charles Cox also set up a Bank in Harwich, and both men were also Mayors of the town.


Although I have been to Harwich many times it has always been on route to and from Holland and I have never had time to stop and have a look.  In the past it was an important military town and naval port and it has seen better days, but thanks to the Harwich Society the historical buildings have been maintained and stewarded by enthusiastic volunteers.

We came across a strange building which we discovered was a Treadwheel Crane , dating back to 1667.  The crane was operated by men walking inside the wheel. It is believed that the Romans had a crane similar in design to this in 25 B.C. and by the Middle Ages these cranes were common in this country. This is the only example left in this country. 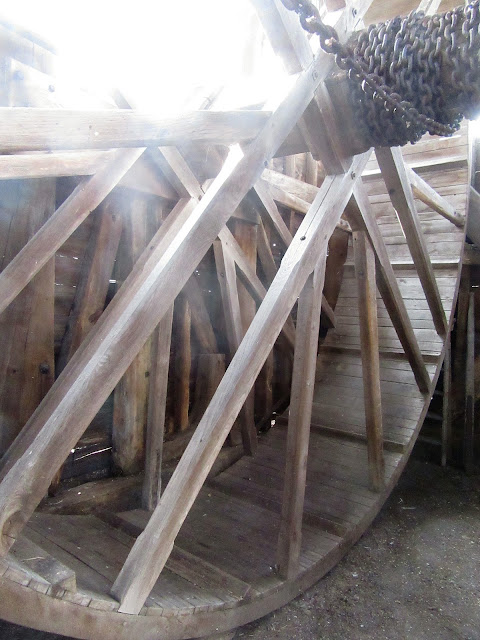 To my delight I  also discovered that there was a tour of the Guildhall. It was amazing to stand in the  Council Chamber in the same room where my ancestors would have carried out their duties for the town over 200 years ago. 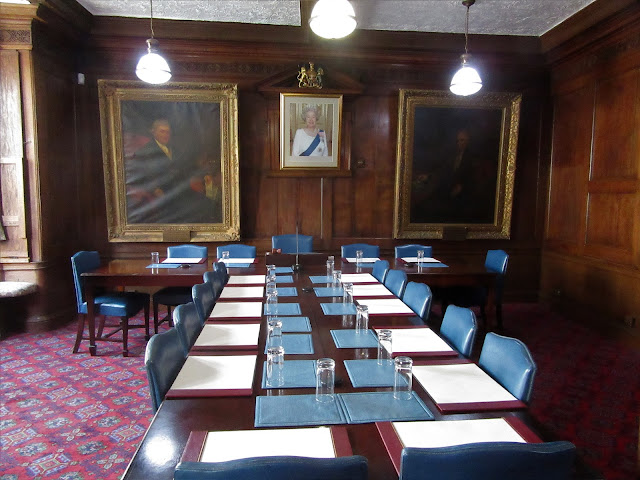 One of the showcases even displayed the mace used in the 17th century. 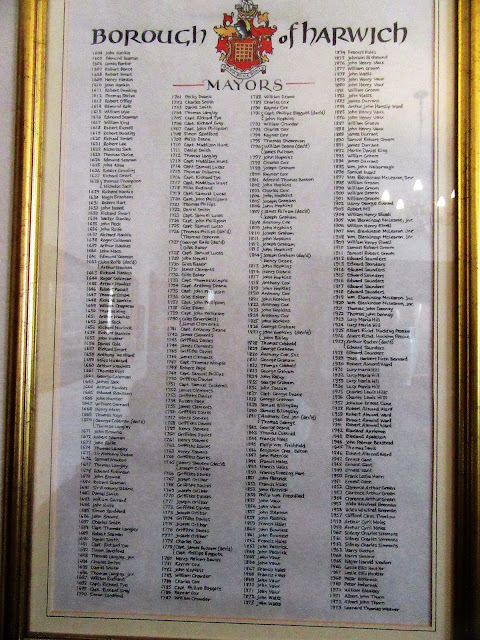 Although there were portraits of previous mayors, unfortunately I couldn't find any pictures of my ancestors, but I did manage to find them on a list of all the mayors.

Another surprise was waiting downstairs, we walked into a room and discovered a wooden paneled wall with some amazing carvings. 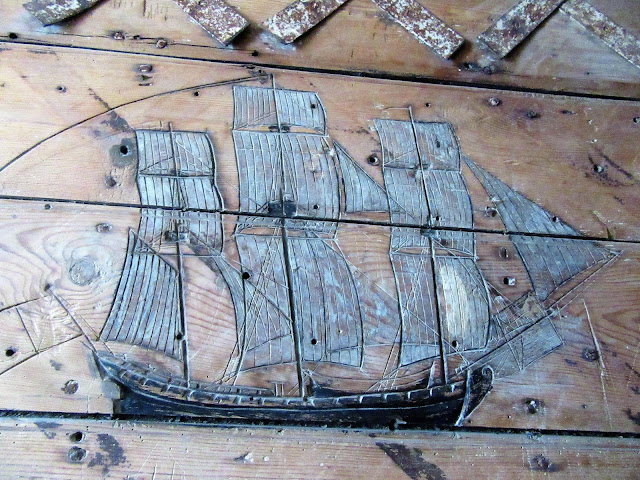 This room had at one time been used to hold prisoners who were waiting to be tried or sentenced. These prisoners would have been illiterate and drew this pictures to ward off evil spirits. The wall had been plastered over and rediscovered during restorations. 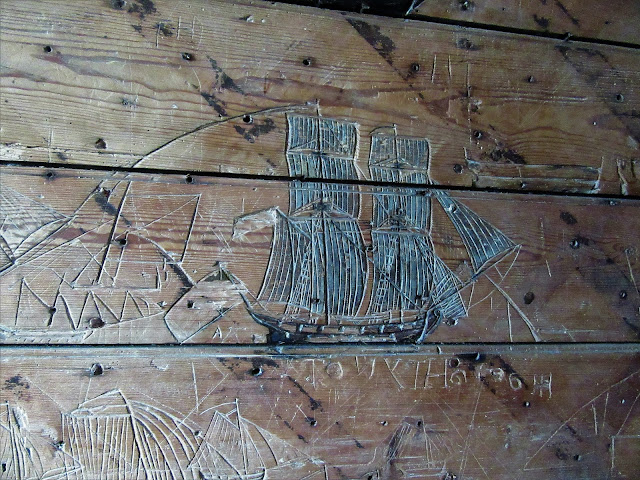 Have you visited where your ancestors came from and discovered anything interesting too?

Thank you for all the comments you left last week, the milk bottles on the doorstep brought back childhood memories for many of you. Luckily this week the weather has returned more to normal and the flowers in the garden have recovered. I even managed to spend a few hours in the garden, the first time for months! 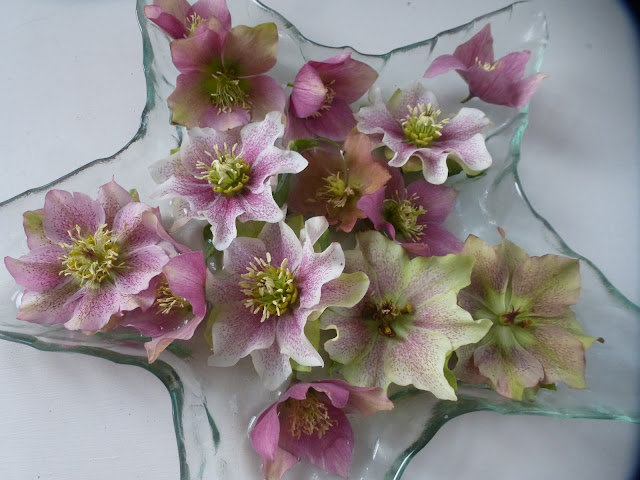 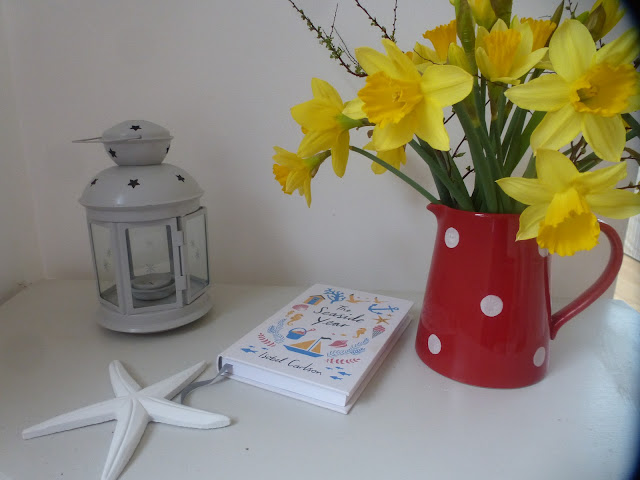 Wishing you a happy week ahead.