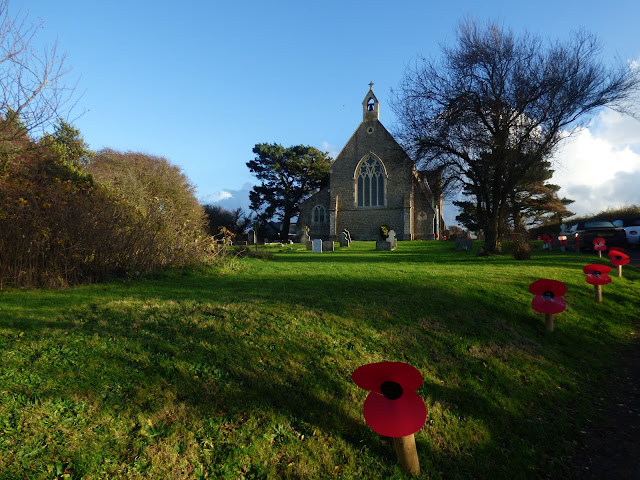 All around the country communities have been coming together to remember this anniversary. Bridport has been a hive of activity since May with schools and other community groups producing poppies in various formats to decorate the town. 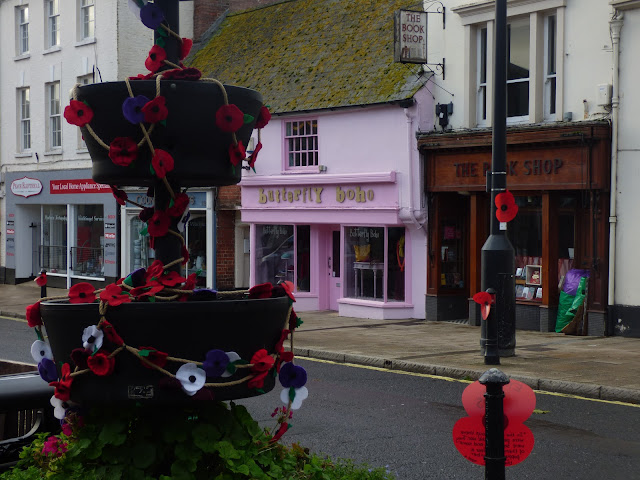 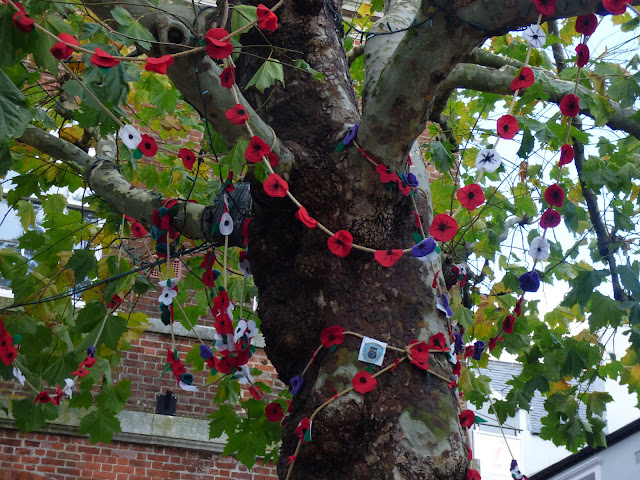 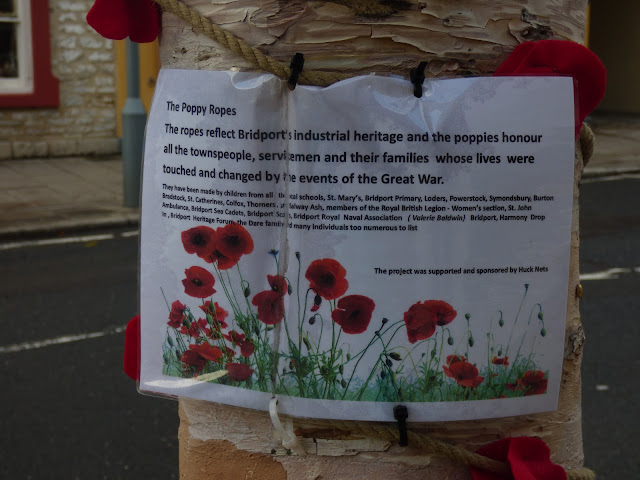 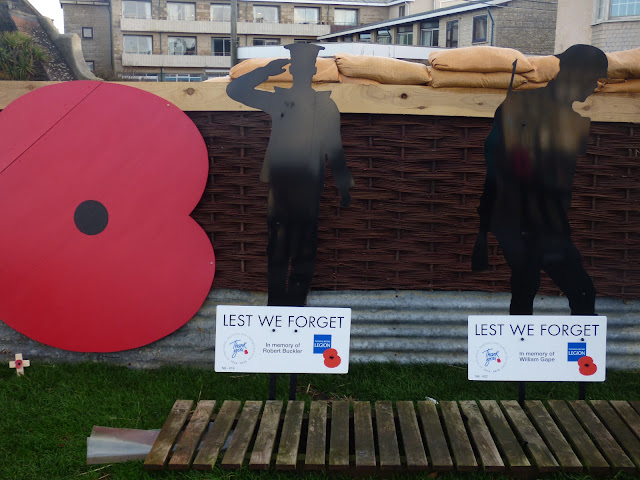 In West Bay the three silent soldiers and three sailors who sadly never returned home stand alongside a trench, their individual stories are told in the nearby visitors centre. 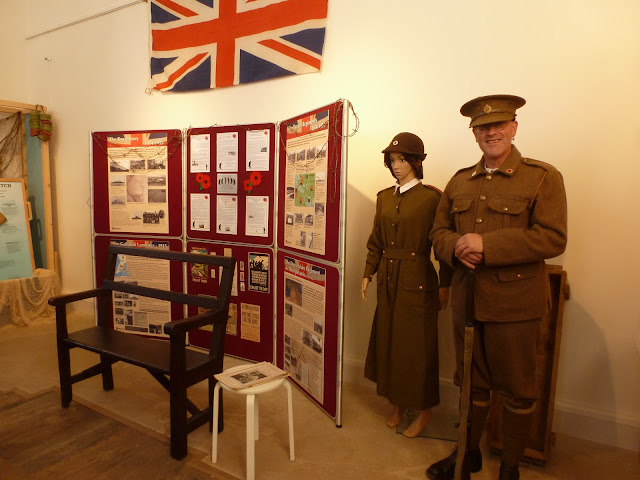 Over the past few weeks I have been making trench cake to give out as free samples to our visitors. Although the ingredients were unusual, the overall impression has been good. Each time I made the cake using this recipe it made me think of all those wives and mothers who had previously made the cake for their loved ones. 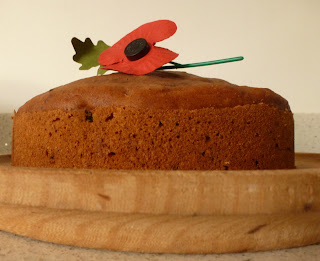 One of the local landmarks Colmers Hill has a river of poppies reaching to the summit. Despite the strong winds over the weekend there are still lots of poppies left. It was quite difficult climbing the hill with wellington boots, a dog on a lead and a camera in slippery conditions, but we did make it to the top! 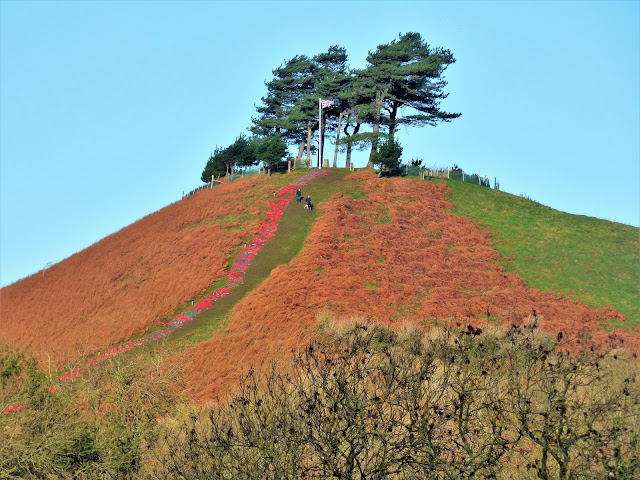 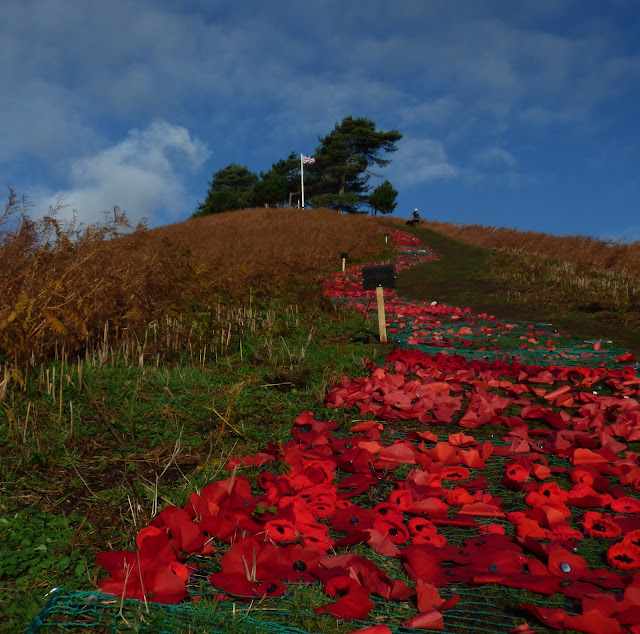 Our local firemen created their own tribute and on many beaches large scale portraits of a casualty of World War 1 were created before they were washed away as the tide came in, we were unable to attend the ones nearby. More information can be found here. Did your Community do anything special to commemorate this event?