The making of a garden

Both my OH and myself are keen gardeners. My parents enjoyed gardening and when my Dad took early retirement we rented a Head Gardener's Cottage. It came with the full use of the walled garden that had,  many years before, supplied the produce for the manor house. My OH's Dad had a large vegetable garden, and his grandad had run a market garden -  so we both have gardening in our blood!

We moved into our current house over 20 years ago. It was built in the 1930's but had a large extension added in the 1980's - one of the things that attracted us to the house was the large garden. 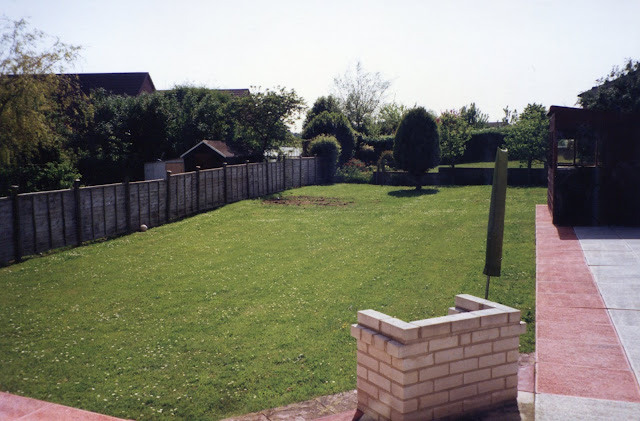 As can be seen there was nothing in it apart from a large conifer and lots of fencing and paving!
It did, however, give us a blank canvas to work on.

We initially put in some narrow borders and divided the garden with a trellis and made a vegetable garden. The large grass area was ideal when the children were smaller, providing space for running around, playing football and badminton. 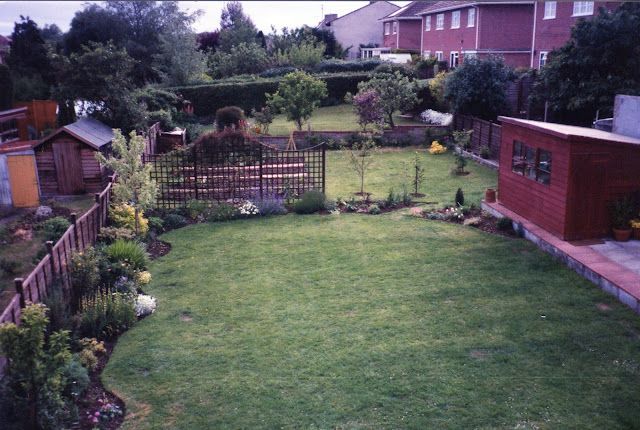 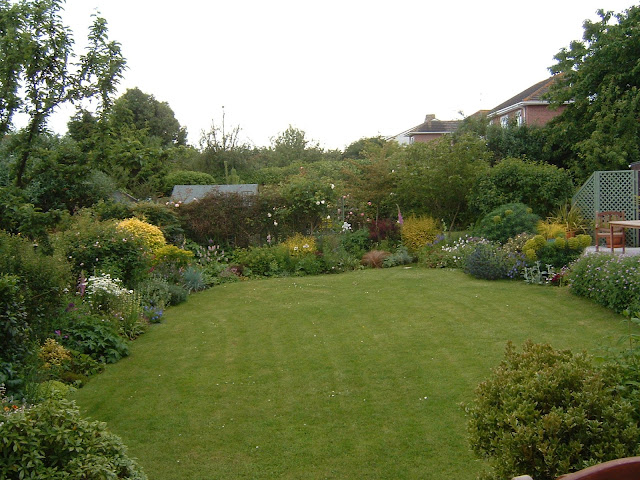 As time went on our passion for gardening grew as did the plants and the children, and the amount of space given over to plants grew larger too! We also put in a pond for wildlife and even took over an allotment  for a few years with views across to Portland harbour. Then due to ill health and an elderly parent the time available to garden was greatly reduced and we had to give the allotment up and the garden also suffered. 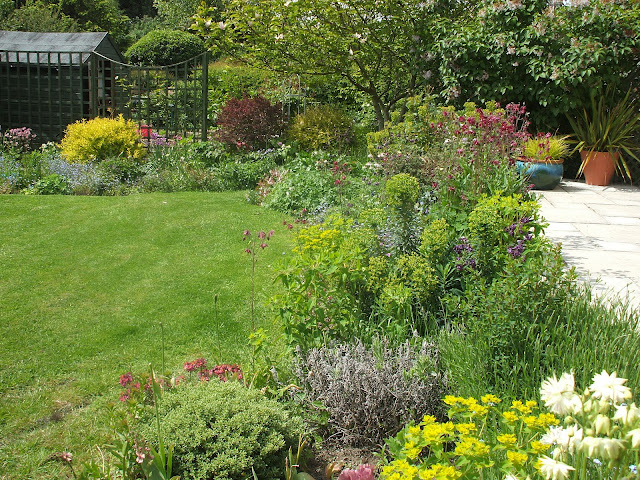 Every year in the garden is different as new plants are introduced or plants moved around. This year will be the first time for many years we will hopefully be able to devote more time to the garden. We have found over the years as the garden matures the gardening changes too and tasks such as pruning the shrubs gets more demanding! 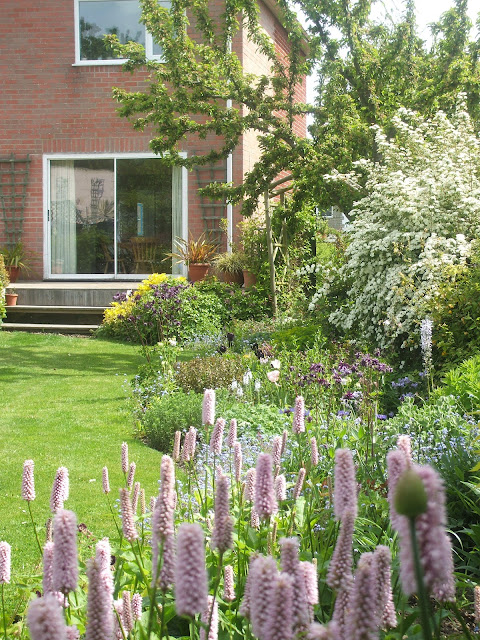 I will enjoy sharing it with you over the next few months.
Sarah