April is known in the United Kingdom for April showers (spring rain), and we are experiencing some at the moment. We have had a very dry winter so the rain is most welcome, but it can come down very fast without much warning, as the weather can change quite quickly.
As I said last week the children are back to Uni this week, and after I had dropped my son off at Axminster station I stopped at West Bay (formerly known as Bridport Harbour) for some refreshment. 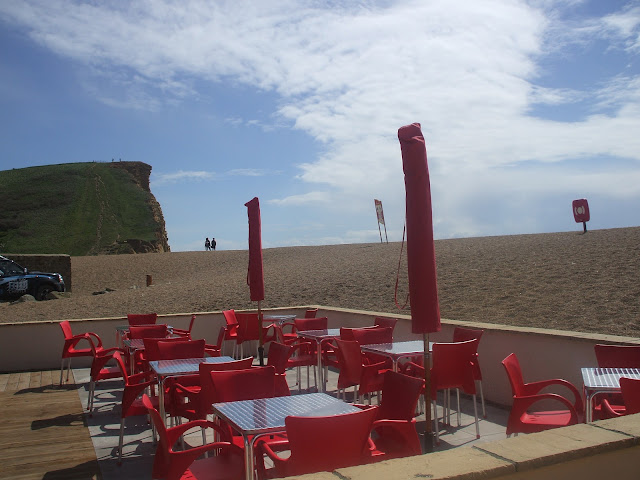 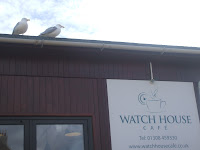 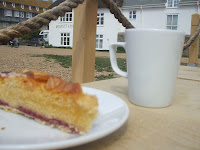 Daisy and I sat outside at the Watch House cafe, out of the wind enjoying the sunshine, the view, bakewell tart and hot chocolate.  We were not the only ones interested in the bakewell tart, the seagulls were looking at it too! Luckily they weren't interested in taking a bite. I have become more wary of seagulls since one took a complete icecream cornet out of my OH's hand in St Ives last summer! 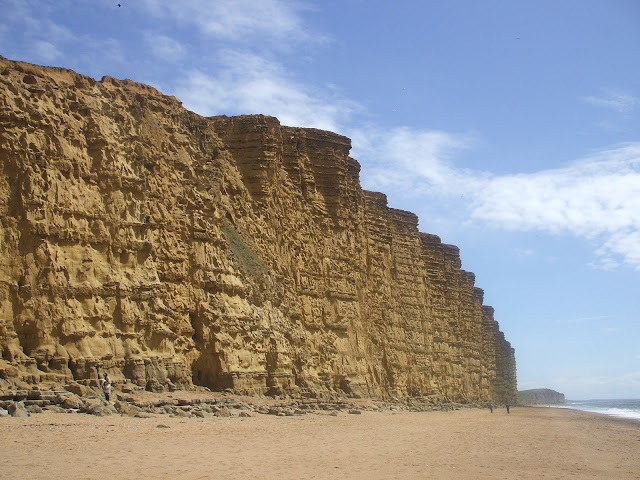 We had a lovely walk on the beach. I love these sandstone cliffs, I recently saw them described as gingerbread cliffs - what a great description ! This is the far end of the Chesil beach that I took you to in February, the size of the pebbles changes as you travel along the 18 miles (28km). At West Bay the pebbles are the size of grains of sand. 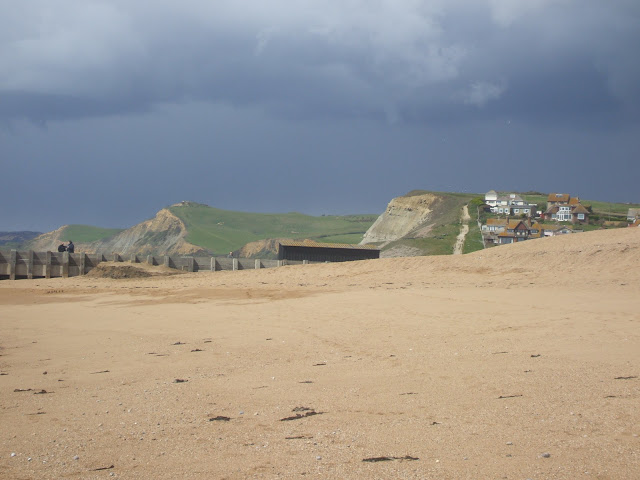 The April showers were not far away in the distance, the sky was turning very dark. 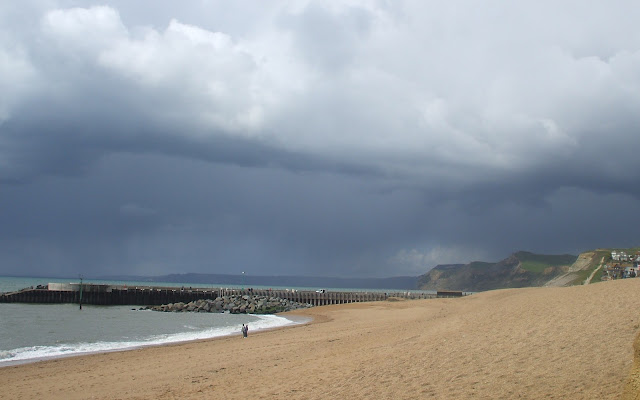 The train stopped running here in the 1960's and the old train station is now converted into a cafe. 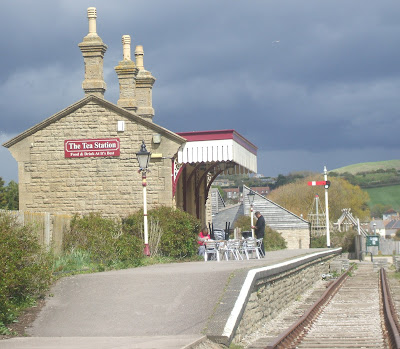 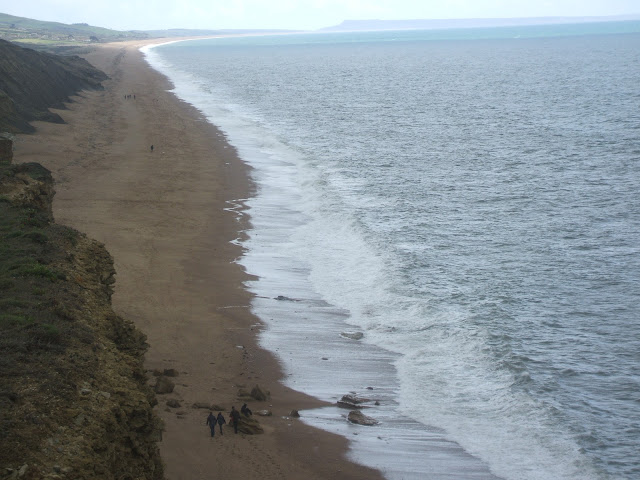 In the far distance you can see the Isle of Portland at the other end of the Chesil beach. 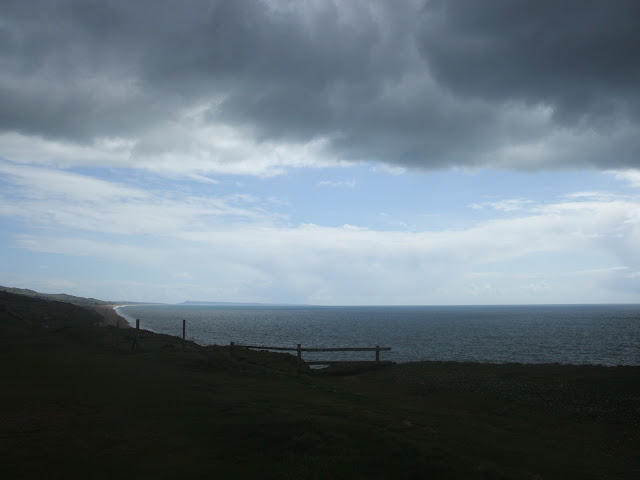 We managed to get back to the car before it started raining and luckily reached home, to get the washing in before the clouds burst. 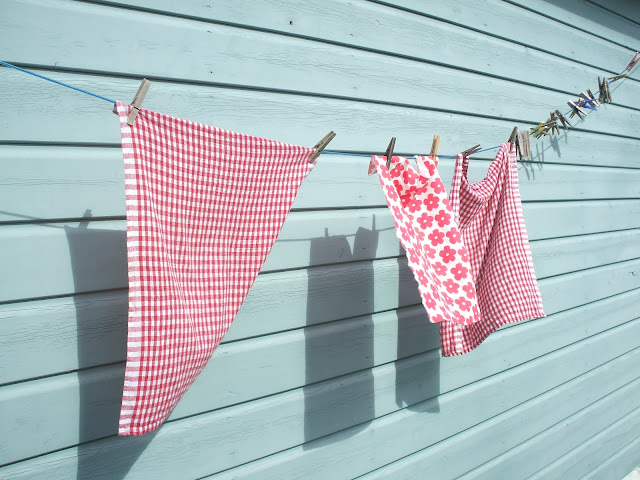 I hope you have a good weekend with not too many April showers!
Sarah x