A special graveyard on Portland 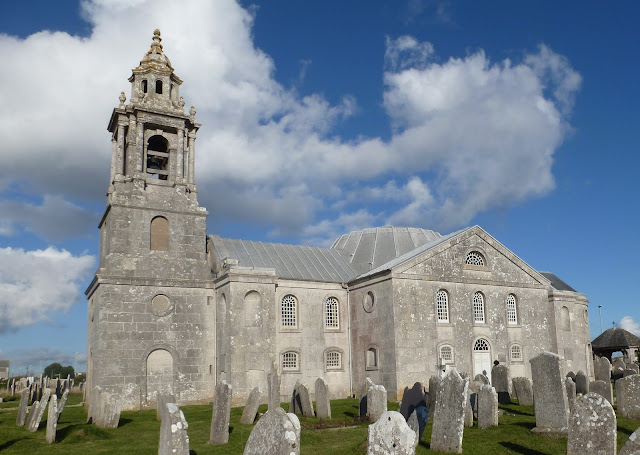 St Georges church located at the top of Portland looks grand compared with the surrounding stone built cottages and rocky landscape. It was completed in 1766 and was built by a local man who supplied the stone to Christopher Wren to build St Paul's Cathedral. 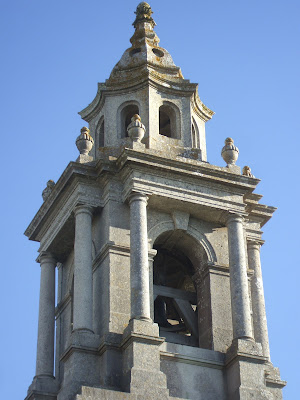 However, it is not the church that I have bought you here to see - but the grave yard which has over 1,500 graves. We discovered it a few years ago while on a walk and were amazed by the skilled cravings created by the local stone masons on the grave stones. 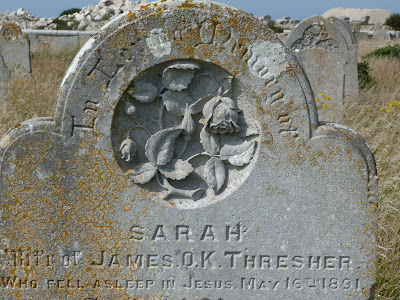 The gravestones tell the sad stories of the life and death of these islanders. Deaths caused from natural disasters and dangers of working on this island and living by the sea. Some examples include William Hansford who was killed in 1824 when the sea flooded the village of Chiswell, his leg was broken and unable to escape, his house fell on him. 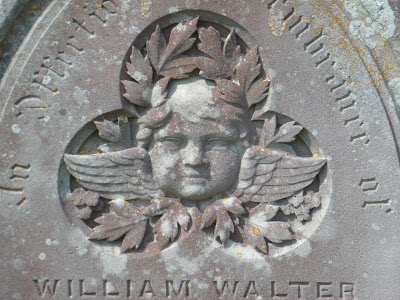 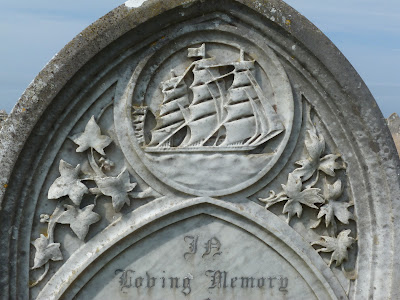 Or a hero - Johann Carl Fredric Magdelinsky who was drowned while trying to save the lives of his fellow passengers, on the sinking ship, the Royal Adelaide in 1872. 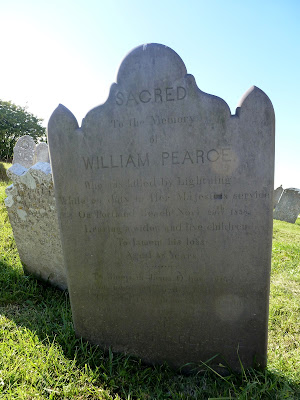 Or of Richard Bennett who had the misfortune to be severely injured at his work in a stone quarry,
Or of Joseph Trevitt late assistant warder of Portland prison who was murdered by a convict. 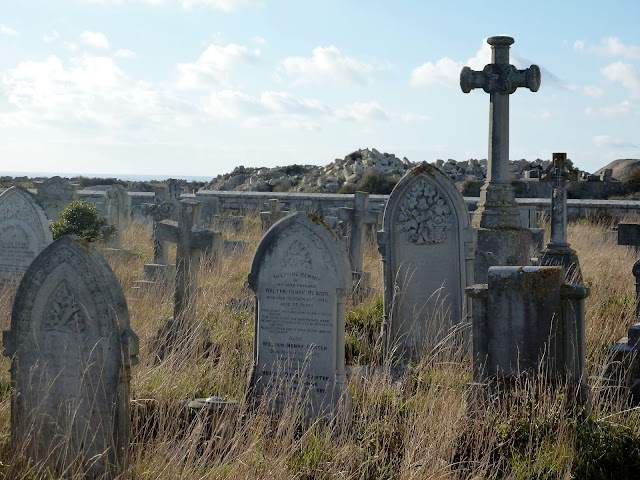 On the other side of the graveyard wall are the spoils from the nearby stone quarry and in the far distance (a thin darker coloured line) is the sea. The graveyard may look very overgrown but this is because it is one of Dorset's Living Churchyard projects. These projects aim to provide a  natural habitat for the local wildlife and it is lovely to see wild flowers growing, although at this time of year it does look  rather messy.

The church has a booklet illustrating the most interesting 30 headstones. It was not open when we visited but this link shows the inside and more about the graveyard.. We went here a couple of weeks ago, hence the blue skies!. Funnily enough the week following our visit here Nina at Tabiboo and Annie from a breath of fresh air had stories about graveyards too!

Welcome to my new followers  Francesca from Fastifloreali, Trudie from Trudie's cottage and Allyniccy (I can't find a link for you- so please let me know if you have one.)


Wishing you a good week and hope we have a dry one!
Sarah x