Like VW camper vans I also have a love and fascination for beach huts!  Luckily with around 23,000 beach huts in the UK, I have plenty of opportunity of photographing them and maybe dreaming of owning one, one day! I recently featured some beach huts in one of my posts and from the comments received its clear I'm not alone in admiring them!

I started to wonder how long beach huts had been part of our beach scenery and this is what I discovered.....

At the end of the 18th century sea bathing became very fashionable. King George III while visiting Weymouth in the 1790's decided to take a dip in the waters of Weymouth Bay. At that time men and women swam in separate areas of the beach. Bathing machines were towed out to sea by horses. To preserve their modesty people would enter the machine, change their clothes and then enter the water on the other side. King George's dip in Weymouth Bay is still remembered in Weymouth today with his statute and a replica of the bathing machine used. 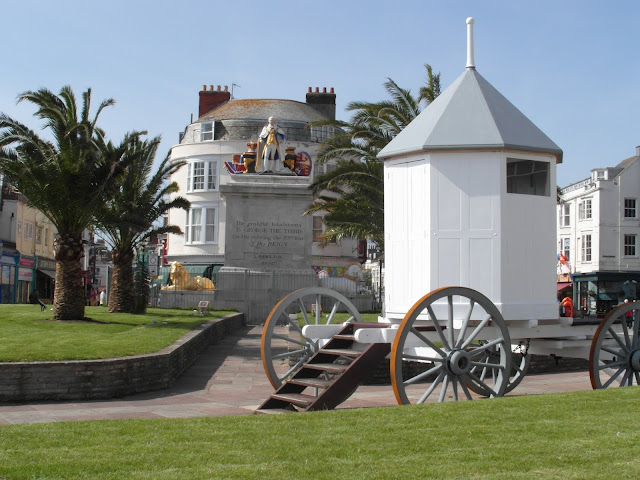 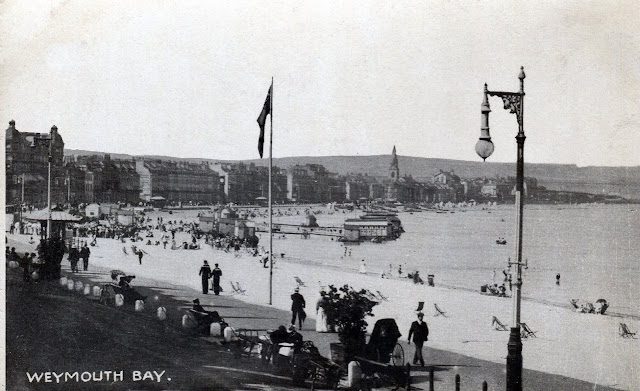 As mixed bathing became acceptable these bathing machines were no longer required and  many were just left abandoned on the shore. The wheels were taken off and they were transformed into the first beach huts changing on the beach was still unacceptable. As the popularity of going to the seaside grew - so did the number of beach huts . New ones were built or old buildings were converted to provide not only somewhere to change, but also to have a brew up or picnic, without the sand in the sandwiches. They also provided a shelter from the rain! The views over looking the sea are always spectacular whatever the weather! 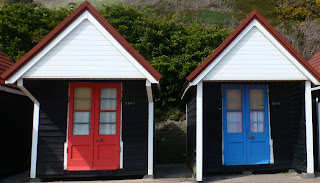 The oldest beach hut in the UK is in Bournemouth in Dorset dating back to 1909 -  it is very similar to the ones above. Bournemouth has over 200 beach chalets ans some of them have been painted in different shades of a single colour. I'm surprised they haven't been used in a paint advertisement. Do you like the different shades? 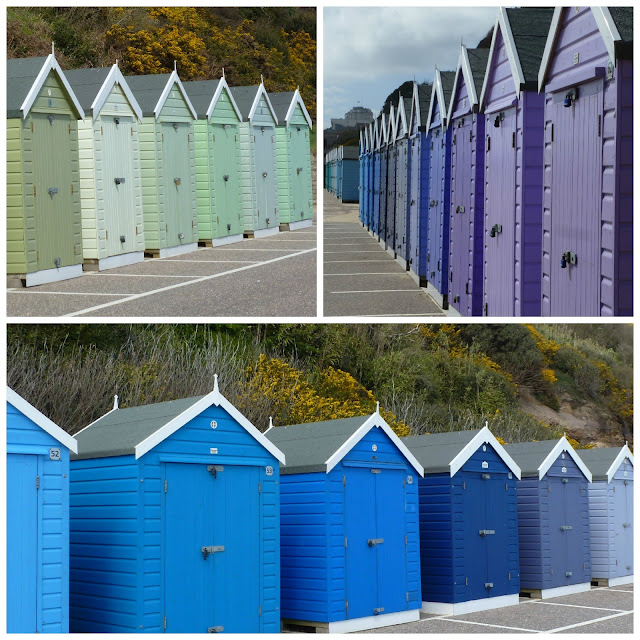 Although some beach huts are privately owned, many are still owned by councils and are rented out on a long term basis, while others can be rented or a daily or weekly basis. 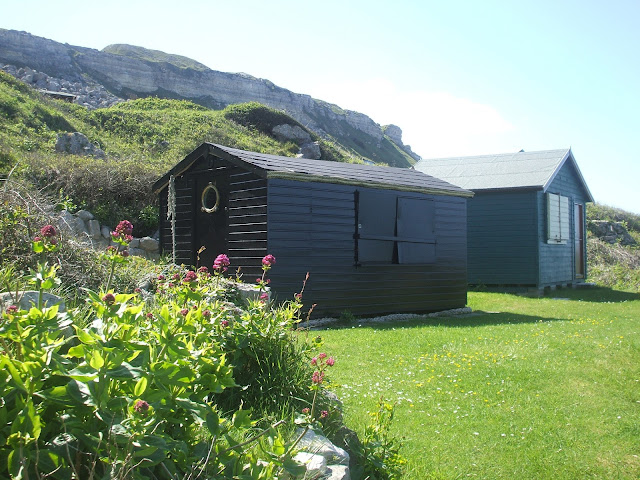 Dorset used to hold the record of having the most expensive beach huts for sale, but one of these below in Shaldon in Devon has now taken the record  - it was recently for sale for £245,000 see here 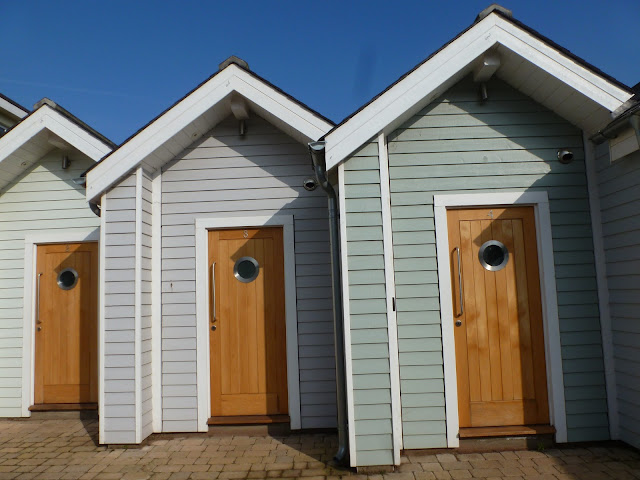 I started this post about a week ago and then discovered that it has been a popular subject this week! I saw BBC's Countryfile last weekend featured the history of the beach hut and in the latest copy of Coast Magazine is a selection of beach huts where you can stay! 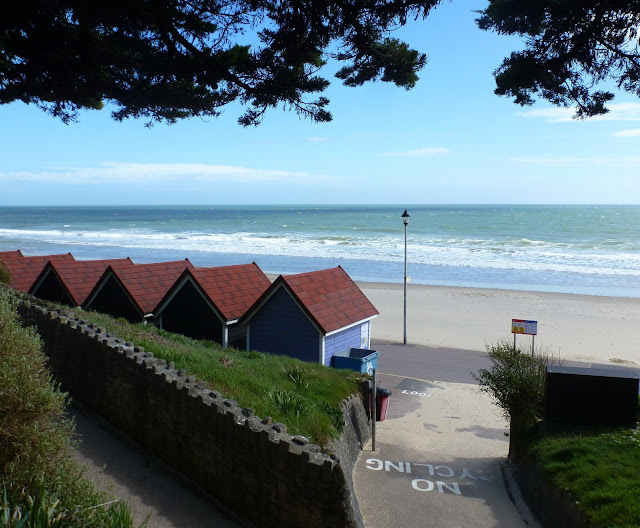 We have extended weekend with May Day bank holiday on Monday and hopefully the weather will stay dry! Wishing you a good weekend and thank you as always for all the lovely comments you leave me.