Building up an appetite 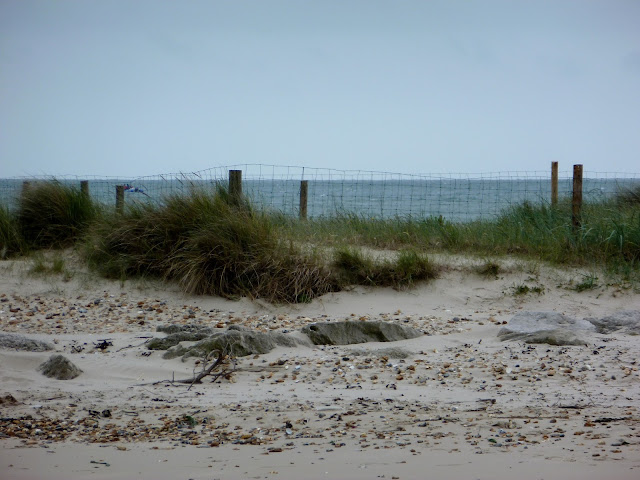 I always find a good walk helps build up an appetite, especially if I am planning more than a snack at lunchtime. A while ago our lovely children gave us a joint voucher for a meal out. We decided to use it on Friday lunchtime and so a walk on a beach beforehand seemed  a good idea.

Unfortunately the weather wasn't quite as I hoped. It was so cold that in the event we had only a short walk along the beach at Mudeford Quay and Avon beach. Our ears were still hurting ten minutes after we had returned to the car! 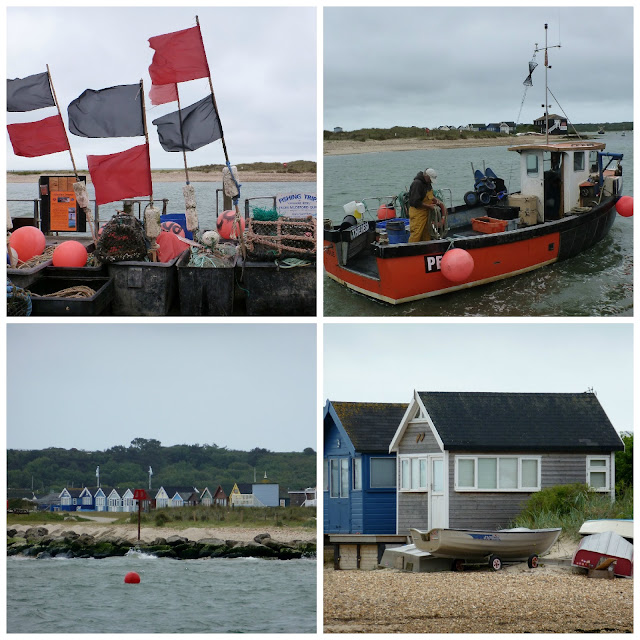 The meal was at the Kings Arms Hotel at Christchurch, about an hour and a half's drive from home. We had  a 3 course meal, which was designed to only use food produced locally and within a distance of 15 miles away. 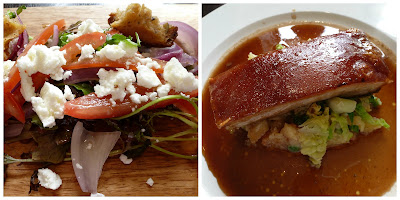 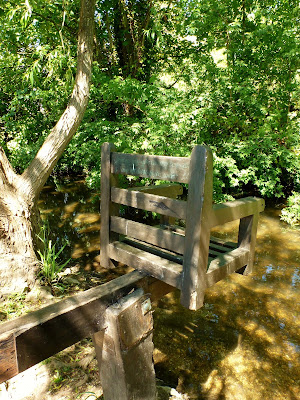 It was delicious and we really enjoyed it. However, when we came to pay we couldn't found the voucher! I can occasionally be a bit absent minded and someone (me) had taken it out of my handbag and left it in the car! All was well after it had been recovered -which turned out to be fortunate as we then took a path that left us into Ducking Stool Lane where we discovered a ducking stool over the river.

Ducking stools were used in medieval times specifically to extract confessions out of women. It must have been a dreadful experience being immersed in the water until a confession was obtained. I had read about this happening for those accused of witchcraft and prostitution, but didn't realise it could also be used for bad tempered or nagging wives (it didn't mention absent minded ones -phew!) 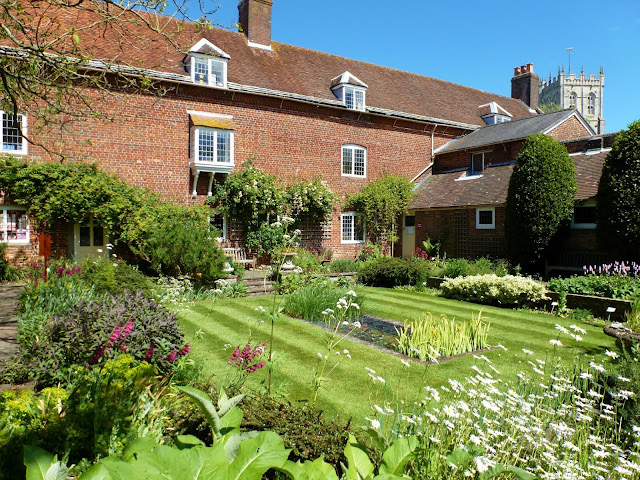 Moving hastily on, we visited the "Red House Museum", which has free entry. It was originally built as a workhouse - where life would have been so hard for the occupants. Today it is a lovely setting showing the archaeology, social and domestic history of Christchurch. The garden was very beautiful and peaceful too as we had it to ourselves. 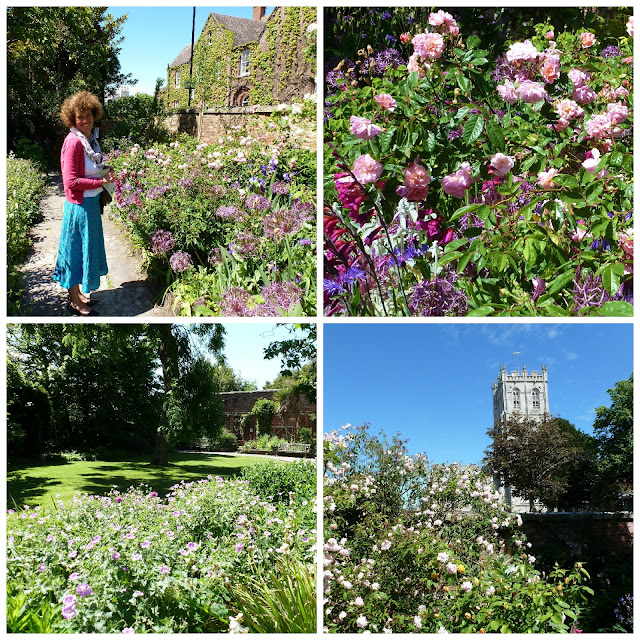 On the way home I noticed this display at Boscombe Chine Gardens and we just had to stop for a quick look. The borders were filled with alliums, lupins and foxgloves, it was an amazing sight. The park won an award last year for the best large park in the South and South East of England and it is easy to see why. Isn't it a glorious sight? 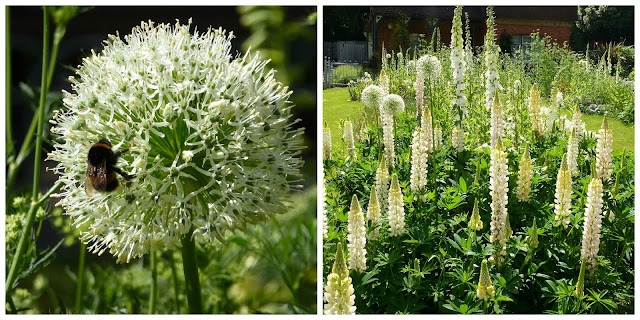 There were so many pictures  I wanted to show you, that I had to make collages in this post. When I first started using my blog I used Mosaic Maker, but after recommendations from Rosemary and Val I tried Pic Monkey and I prefer it, as it is easier to position the photos, both are free to use. So if you haven't tried them, do give them a go.

Thank you for all your lovely comments, they mean so much to me and welcome to my new follower Sharon.


Hope you had a good weekend whatever the weather!
Sarah x