From blue to grey

This weekend our son and his girlfriend came to stay with us. We were hoping the weather would be as good as when these photos were taken a few weeks ago, unfortunately it was the opposite! So rather than show you lots of grey skies and sea, I will start with the sunnier pictures! 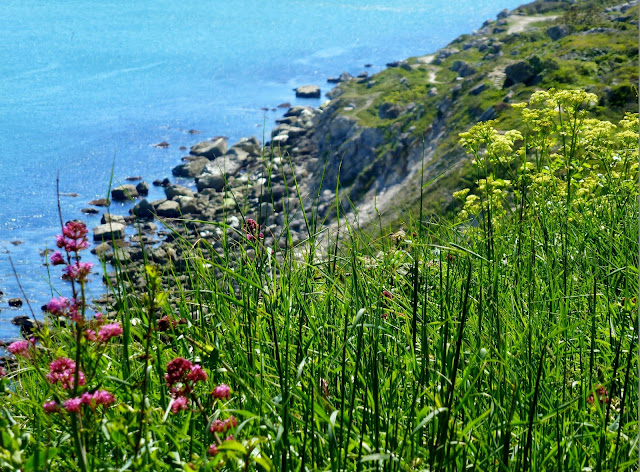 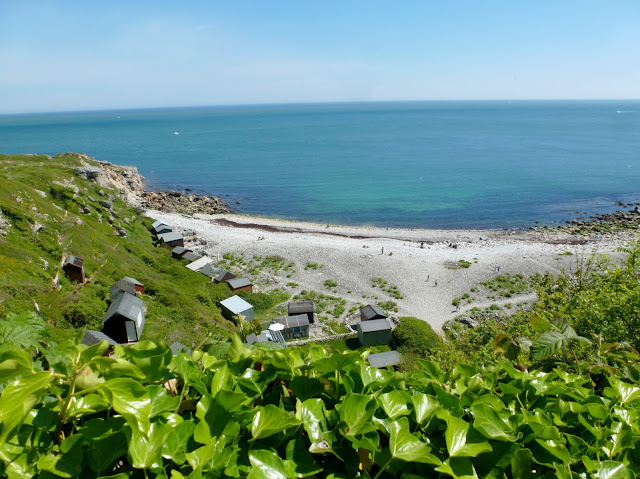 This is Church Ope Cove in Portland where many of you may have shared a virtual cup of tea with us, back in the Autumn here. This time we are only viewing it from a distance. 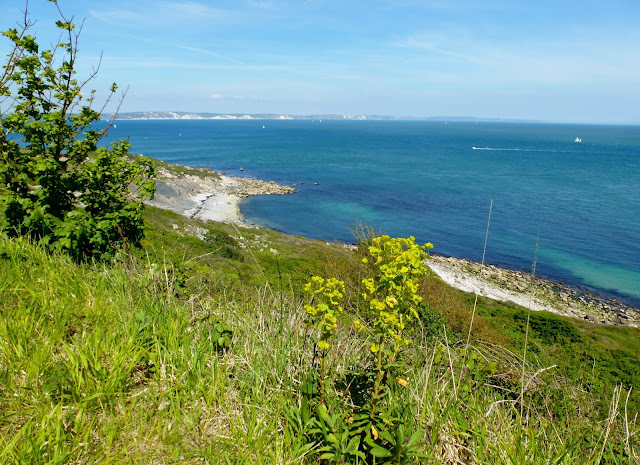 Instead we are walking along part of the old railway line, which gives us glorious views of the sea and glimpses of distant views of white cliffs. 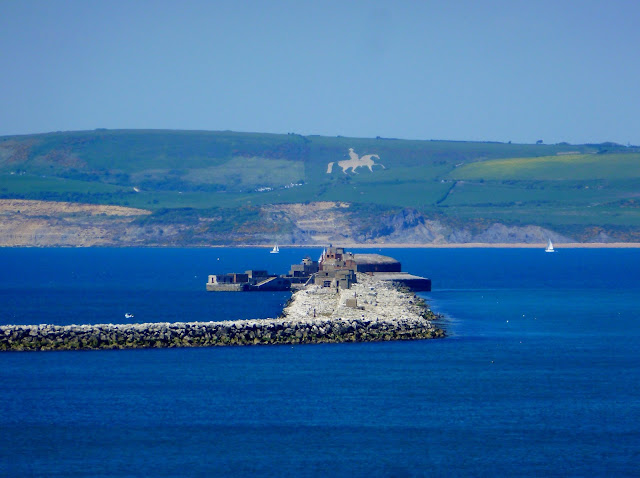 This is small section of Portland breakwater, the majority of which was built by convicts using over 5 million tons of stone from the stone quarries of Portland. Can you see (close to where I live) King George III on his horse. This was sculptured into the chalk in 1808. 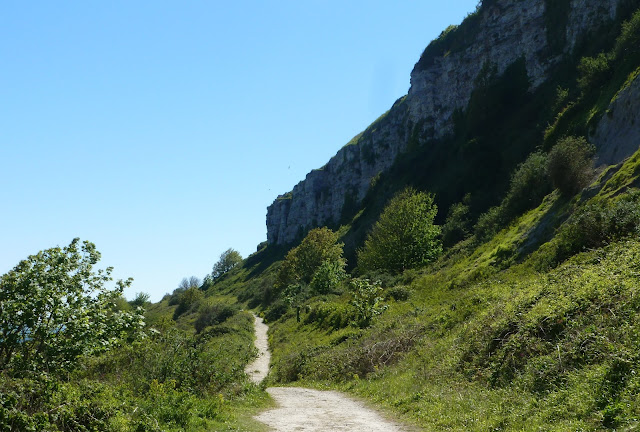 It is almost difficult to imagine that this path was once a busy railway line transporting stone down to the sea to be loaded on boats. Nature has now taken this landscape back over. 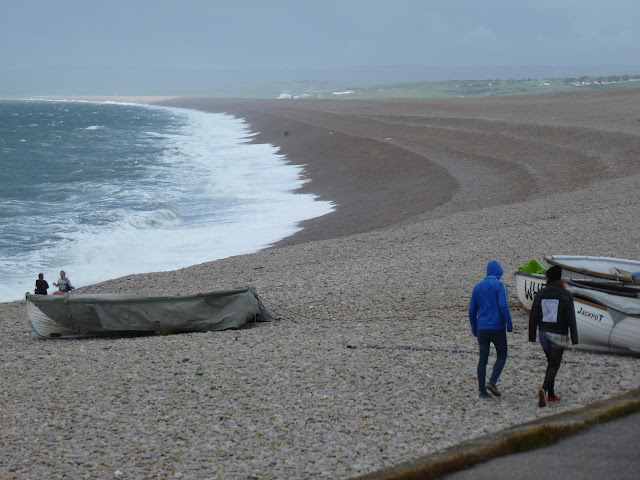 Back to this weekend and the grey skies and cold wind on Chesil beach. 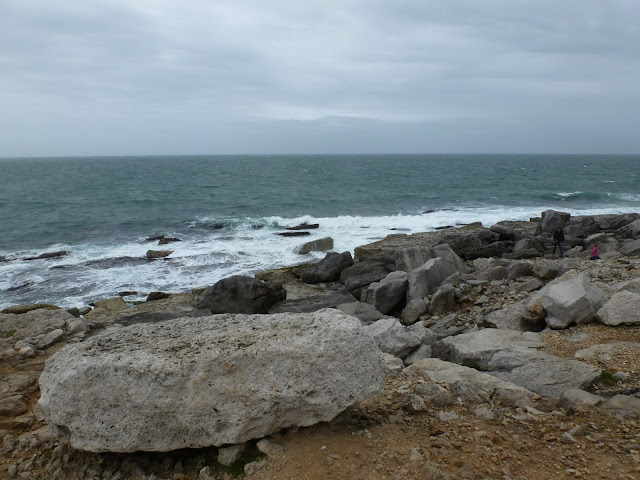 It's such a contrast to the sunnier pictures above! 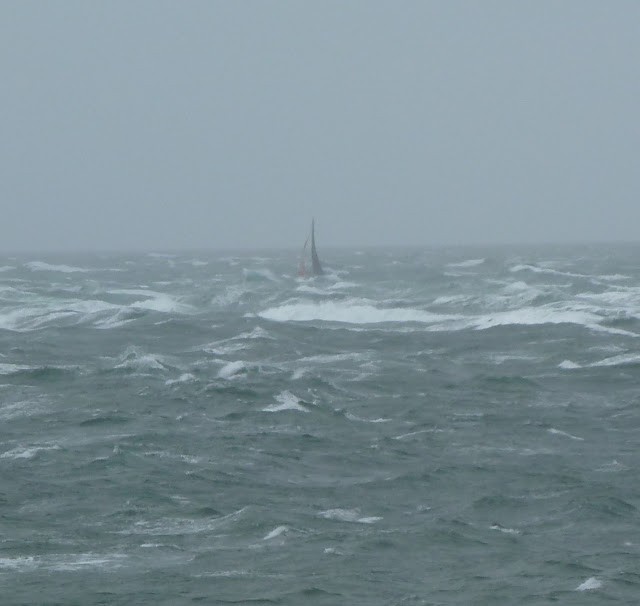 I wouldn't have wanted to be out in this boat, would you? One of the reasons I love living by the sea is that the views constantly change, with the light and the tides. It might have been cold but it can still be exhilarating looking at the waves if you looking it from the shore.

Did the sun shine for you this weekend ?
Sarah x