When the North Wind doth blow - will we get snow?

The temperature has dropped this week and with a cold wind blowing and the sight of a few flakes of snow that old Mother Goose nursery rhyme came into my head!

When the North wind doth blow we shall have snow
And what will poor robin do then, poor thing?
He'll sit in a barn and keep himself warm,
And hide his head under his wing, poor thing. 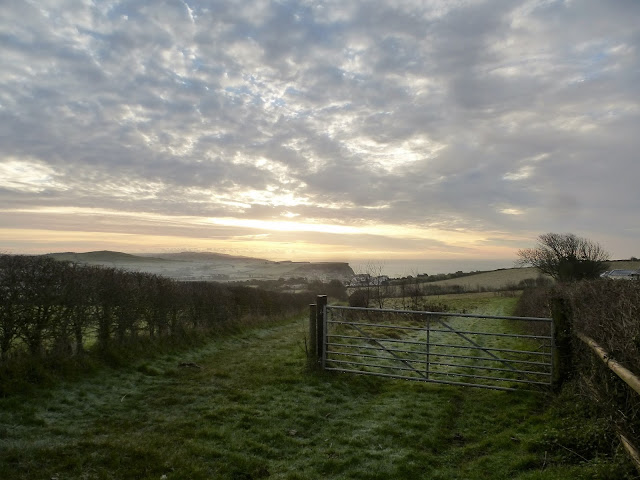 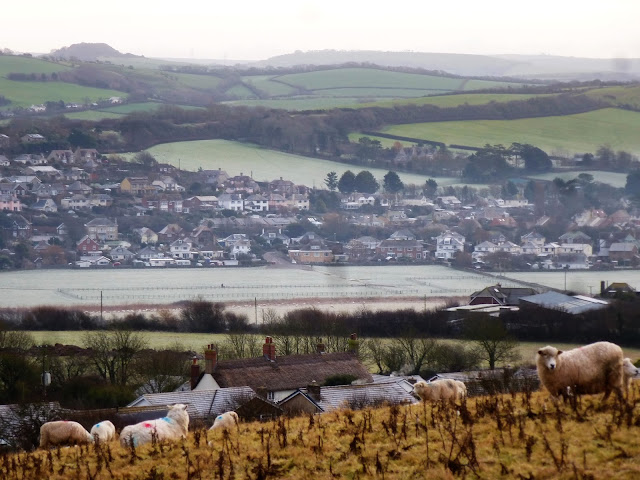 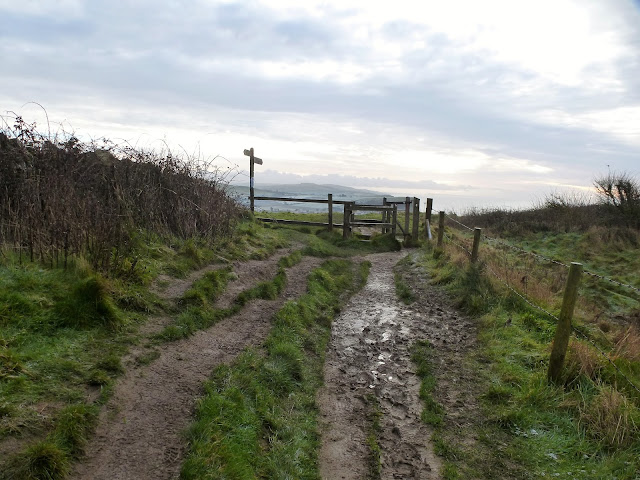 It has been a relief  to see frozen fields in the morning and to venture back into the fields. Heavy rain has made the going difficult in places and our dog doesn't stay very white for long! We met a black dog the other day and the owner remarked that has disadvantages too as their dog gets too hot during the summer! 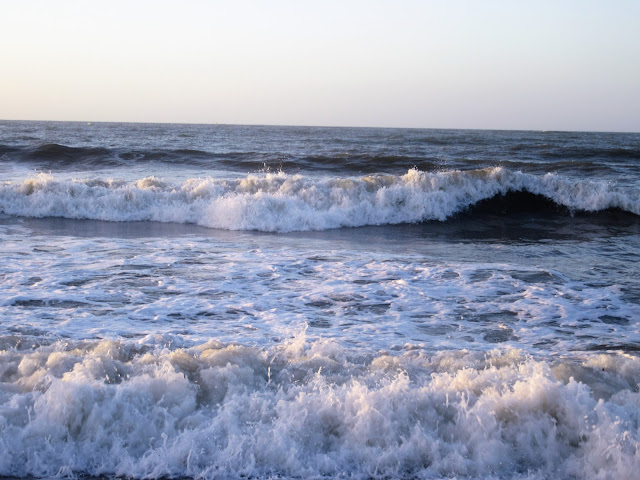 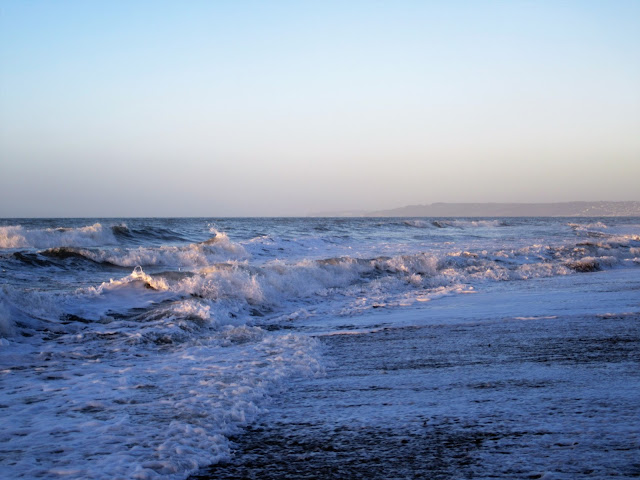 Despite the early sunshine the waves have been larger and look so cold! 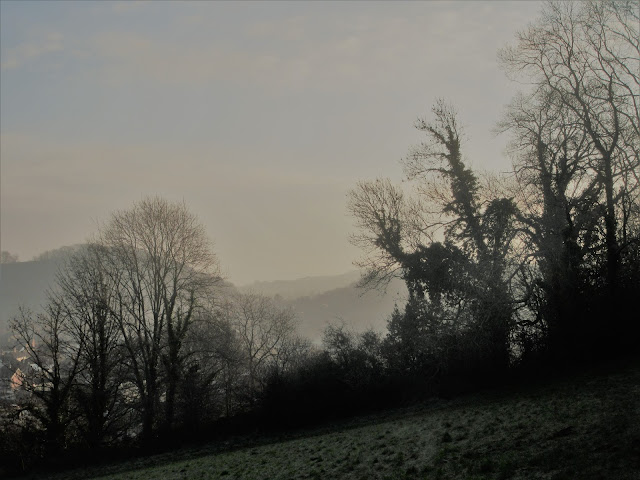 I captured this misty view on one of the many hills that surround the town. Bridport was described in 1792 as a clean well built town, situated in the midst of a number of small mountains, these are more like hills to me! 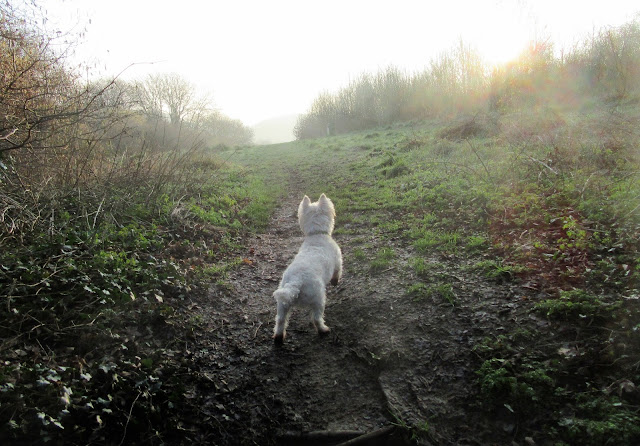 My husband had his hernia operation this week, I took him in at 8.30 am then took Tavi for a walk, did some food shopping and had just sat down to a coffee back home when the hospital phoned to ask me to pick him up! That is such in contrast to when my husband's dad had it done many years ago and was in hospital 2 weeks! Hubby is recovering well and can't wait to join us on dog walks again, we can't believe that it is over 10 weeks since he could join us in the fields.

Thank you for the lovely comments you left last week. it was good to see that so many of you were interested in visiting small local museums and also were interested about the rope industry.