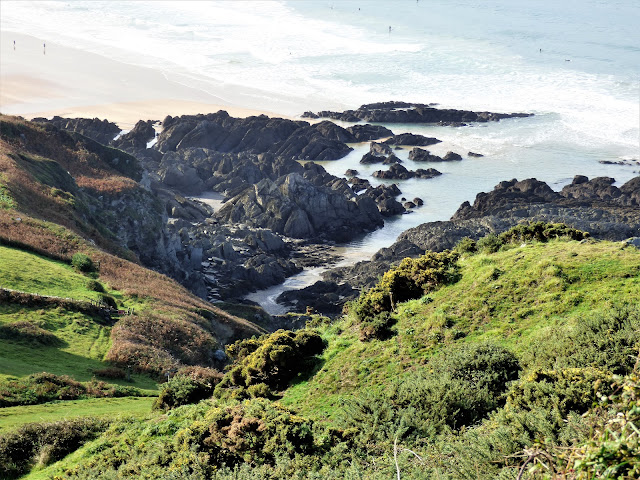 Don't these views look amazing on a lovely sunny day but just imagine the coastline on a stormy or foggy day and it doesn't look quite so attractive or appealing. 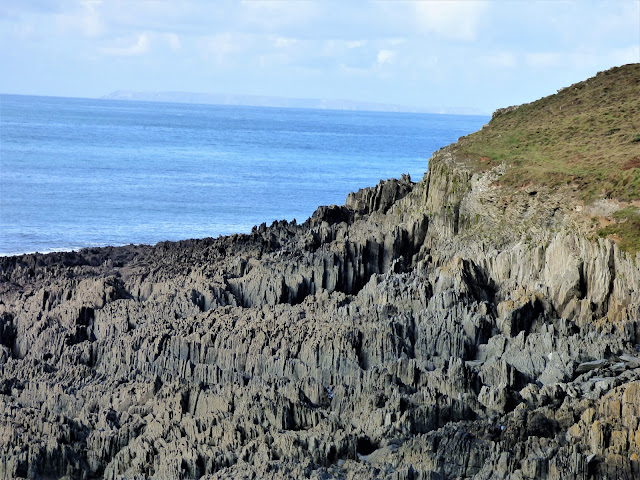 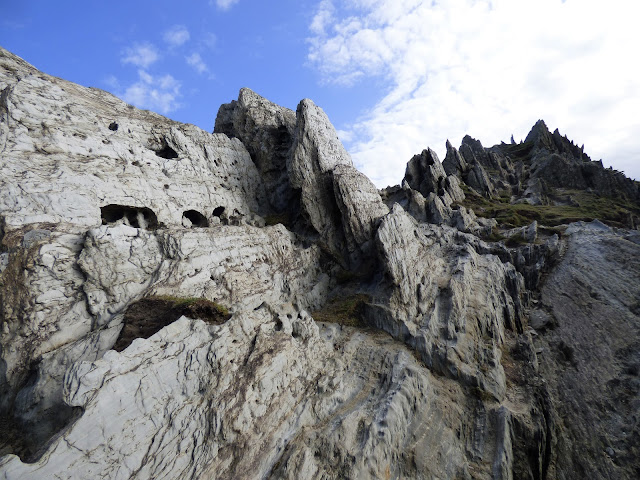 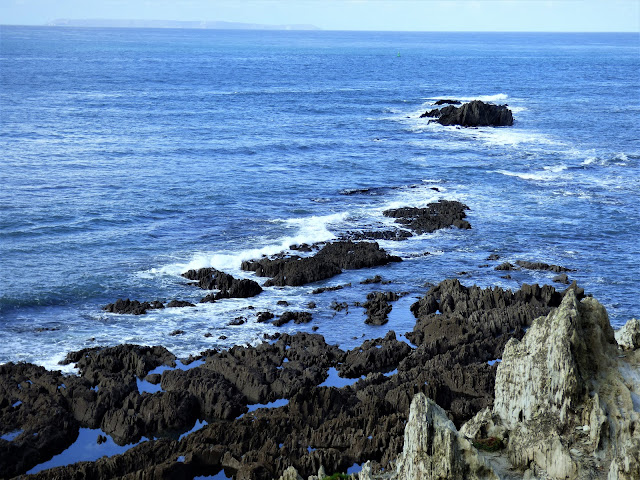 The rocks and currents around Morte Point (literally meaning death point) are especially deadly. During the nineteenth century, 47 ships were shipwrecked between here and Baggy point seen in the distance in this image below. 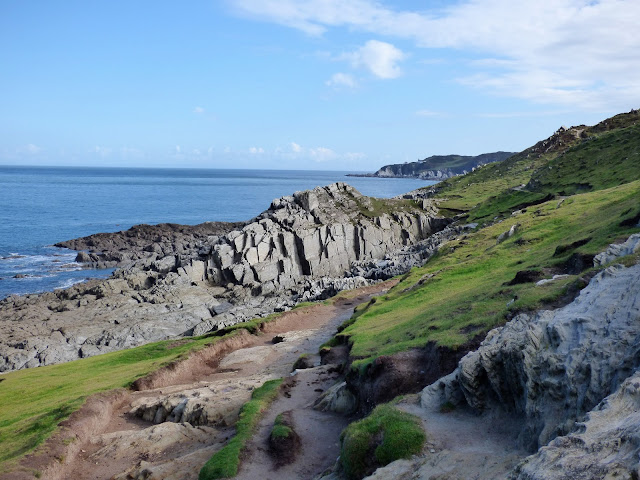 Back in the Spring after we had booked our holiday to North Devon I discovered that my great-great grandparents were one of those who had been shipwrecked but were lucky enough to live to tell the tale unlike many others. 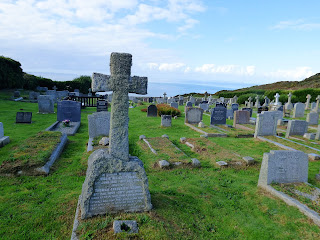 On 4th February in 1862 Captain Way and his wife were on board the Gipsy alongside 2 mates, a steward and three seamen. Their ship hit the rocks in fog half a mile inside Morte Point and they abandoned the ship and took to a boat.
They were picked up by George Hunt and William Stevens, of Pill, who were cruising in the yawl Jenny Lind about four miles from the place where the Gipsy shored. After being rescued they all returned to the vessel to try to get her off the rocks, but as the ship had nearly gone down, they abandoned her, and the shipwrecked party were taken to Ilfracombe and safety. 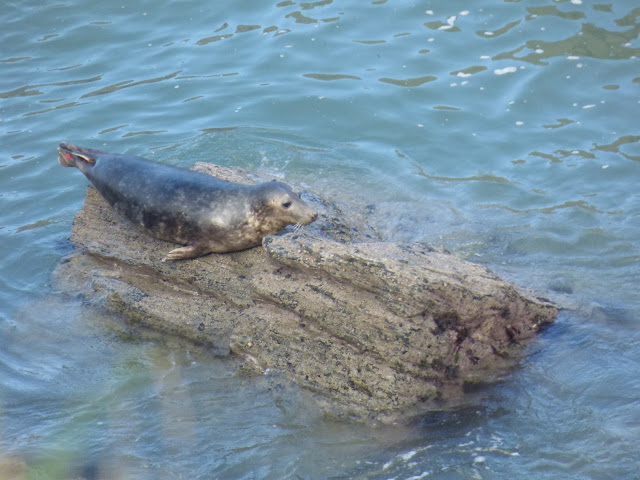 As we looked out to sea we noticed a rib boat full of holidaymakers from Ilfracombe had stopped in the waters below us. When we looked more closely we noticed a number of seals lying on the rocks. This was the only image that came out well with our zoom camera. They are so well camouflaged it would have been quite easy to have walked by without noticing them. 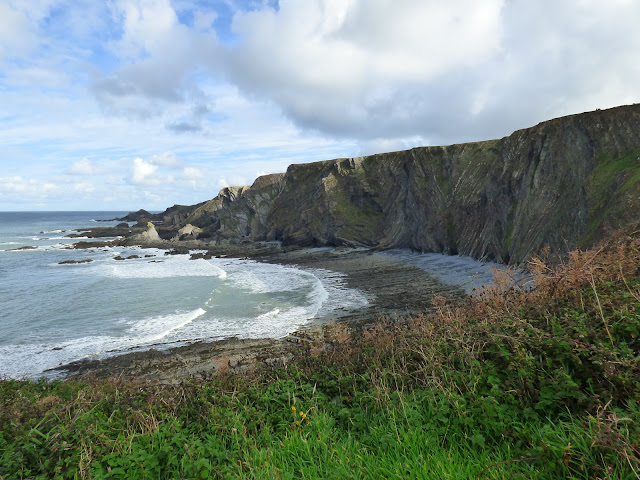 Further along the coast is Hartland Quay another location of magnificent scenery and dangerous rocks and fantastic coastal walks. 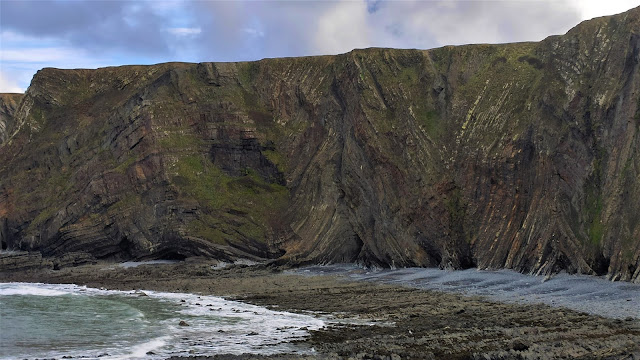 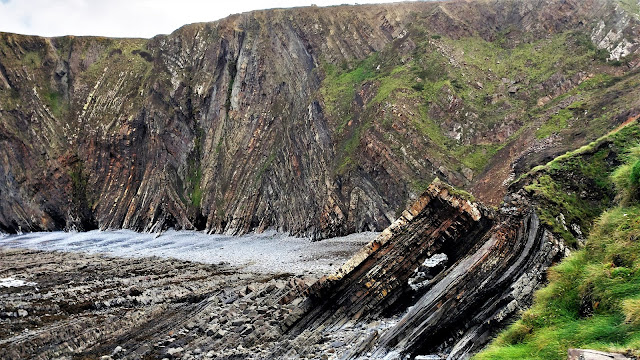 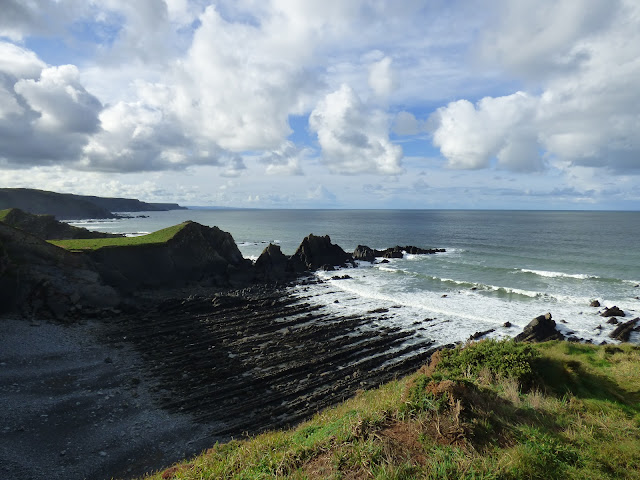 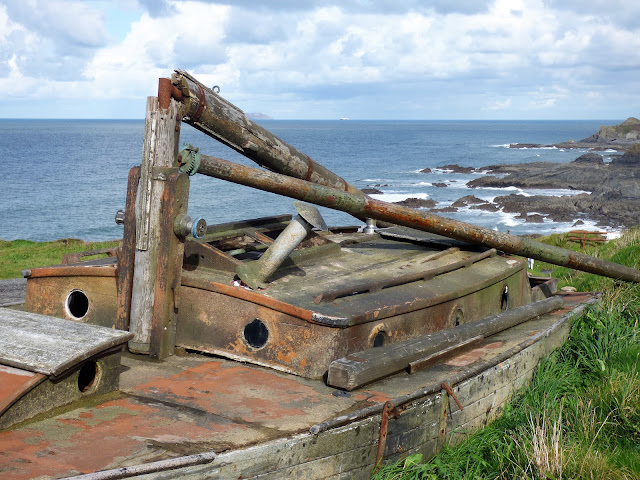 In the car park, we noticed this abandoned yacht called Je Reviens we wondered what it was doing halfway up a cliff. The mystery was solved when we discovered that the film 'Rebecca'  was filmed here in 2019 and will be shown on Netflix later this month. We will look forward to seeing it although it is a shame that more of the filming didn't place in the location which originally inspired the book was based near Fowey. 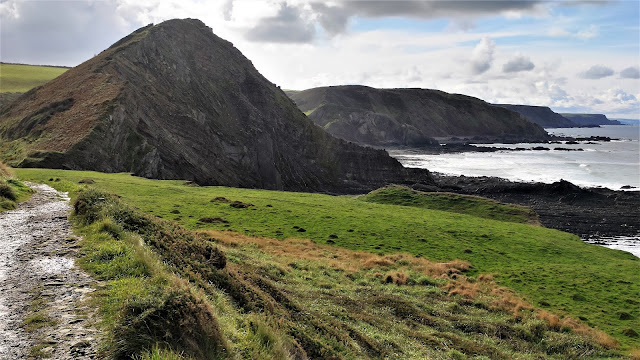 We have always had holidays along the South Coast of Devon and the North Coast has never appealed to us, imagining it to be colder and wilder as it faces the Atlantic Ocean rather than the calmer English Channel. It has been interesting to discover that it is equally beautiful and has such contrasting landscapes from long wide beaches to towering cliffs and steep narrow valleys and amazing light as well as the family connections! We will definitely be returning to North Devon again in the future.
Have you visited this part of the country?
Sarah x