A walk in an English Jungle


One of the walks I have always wanted to do, is to walk the Undercliff from Seaton to Lyme Regis. The undercliff was created by a number of landslips. The first one occurred on Christmas Day in 1839 when 20 acres of farmland fell 300 feet. Two leading scientists were in the area and it was the first landslide recorded in Britain. 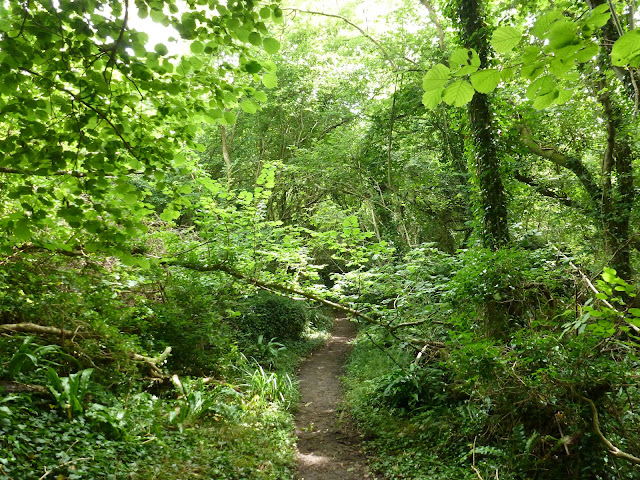 They called the detached land that fell away Goat island and it became a very popular excursion for the Victorians. The farmers soon realised that they could make some money out of it and started charging the visitors and providing teas! Since the 1950's this area has been a nature reserve and has Britians largest self-sown Ash forest. It is a challenging walk through the wilderness, with the path having many twists and turns throughout its 7 mile (11km) length.  There are no diversions off the path and the walk takes about 3-4 hours. 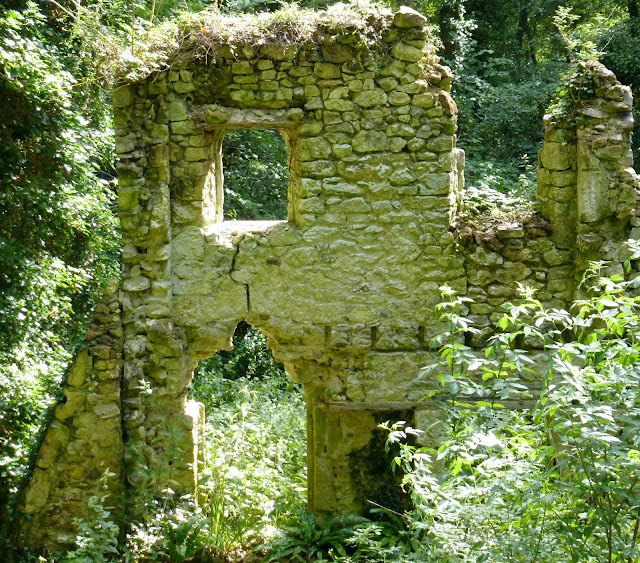 This house was abandoned but nature has found a new use for it. 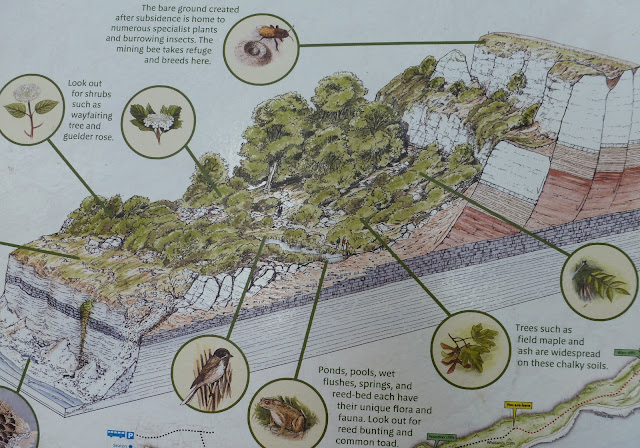 It is so different to other coastal walks in Dorset with only a few glimpses of the sea, although the sound of the waves crashing against the shore can still be heard in the distance. 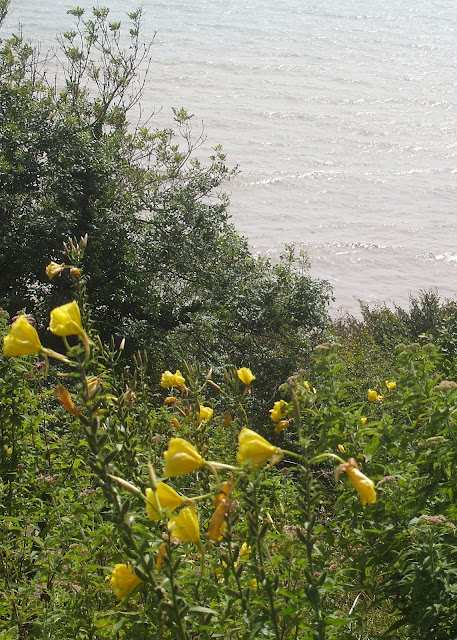 Our path took us through dense vegetation, the tall ash trees and oaks providing shade from the sun and the undergrowth being covered in bracken, ferns and ivy. It has been called England only jungle. 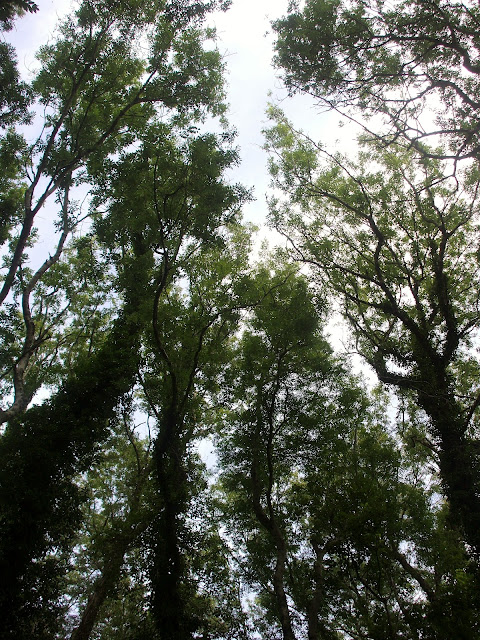 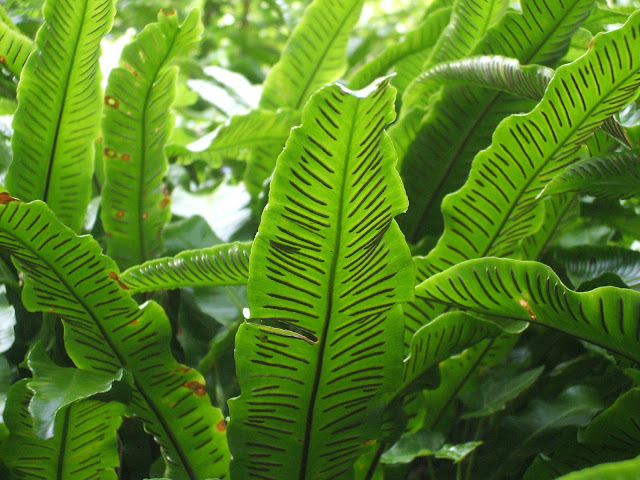 We didn't see or hear as much wildlife as we expected. We watched a few silver-washed fritillary butterflies and we tried to get a photo of them, but they were too fast feeding off the nectar of one plant and flying onto the next one.
However this ringlet butterfly was more obliging..... 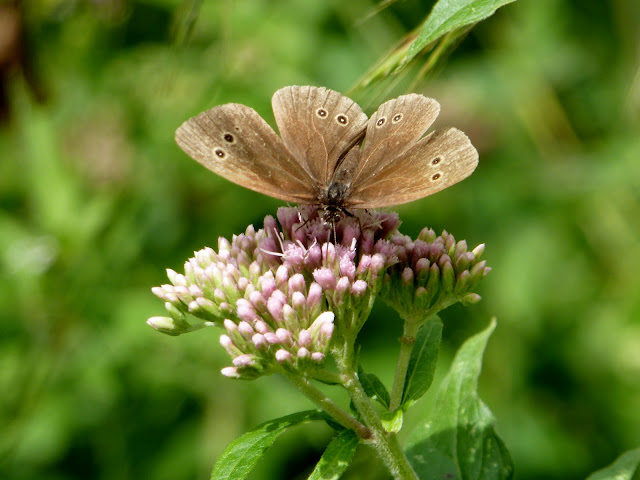 There are over 400 species of wildflowers that have been recorded in this area alone!

The land is home to badgers, foxes and adders, as well as the butterflies, we even caught a glimpse of a buzzard overhead. 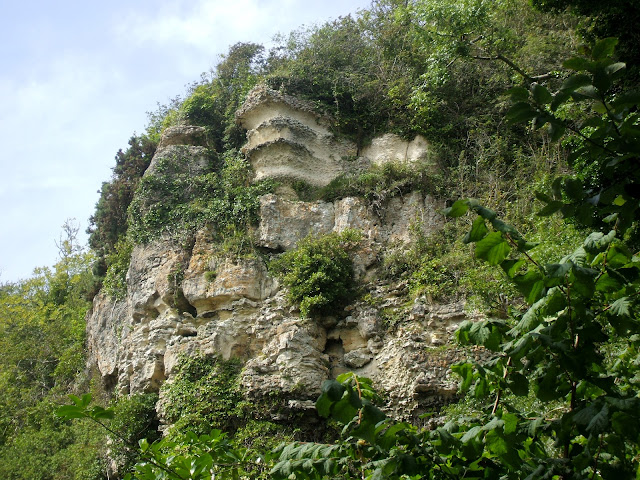 Part of the French Lieutenant's Woman was filmed here. The film crew found this such a difficult terrain to work in that they produced  T shirts with the slogan "I hate the Undercliff ". We found it a wonderful place to be and I would love to do the walk again in the spring. At the end of the nature reserve the the land opens out and glimpses of the Cobb at Lyme Regis can be seen. 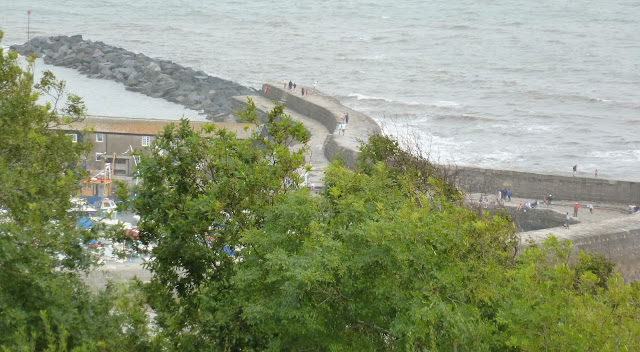