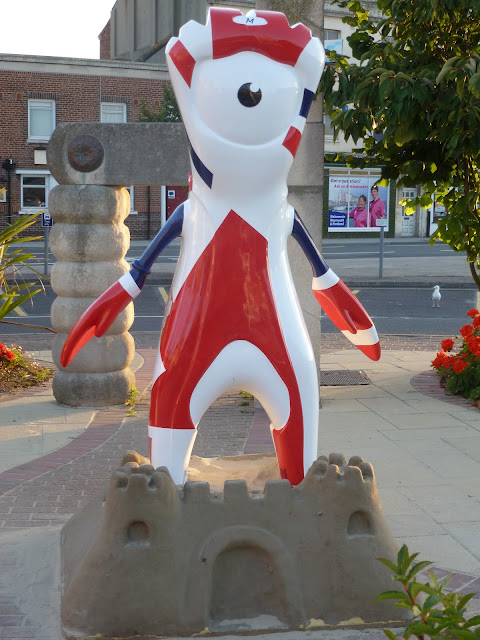 Having done a few posts on the Olympics from Weymouth I had to include one of the Paralympics too! Unlike the Olympic Sailing the Paralympics were much quieter. All the races took place inside Portland Harbour which was further away from the shore and you could only watch from a distance. 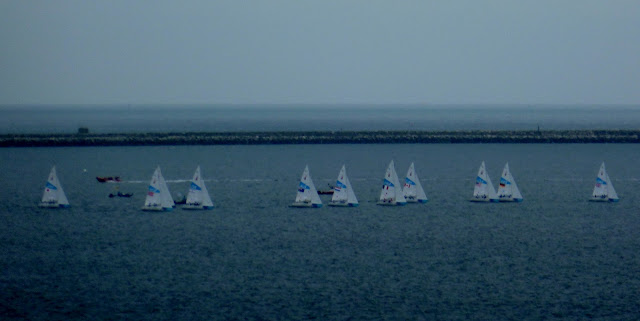 This time there was no ticketed event and I felt sorry for the competitors that they did not have same huge crowds watching them. Although we watched the games every evening on TV I never saw anything televised about the sailing. 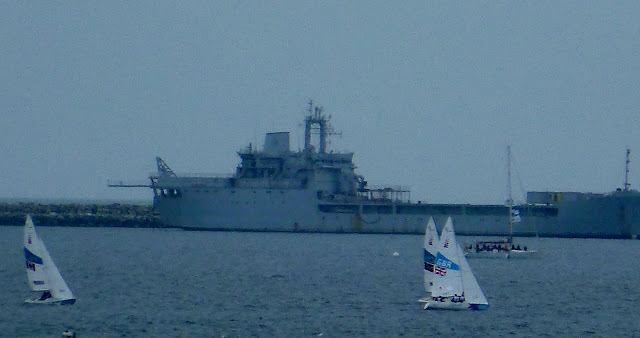 If you are interested in seeing some more photos of the Paralympic Sailing events look here. The sailing was cancelled on the last day of the competition as there was no wind, so the results of the previous days determined the winners.  The final results were Great Britain and Netherlands came joint first and Australia was third..

The end of the Paralympics in Weymouth was marked by hundreds of school children dancing along the Esplanade dressed as sea creatures. It was such a colourful spectacle. Members of the local bowling club stopped to view the children going by..... 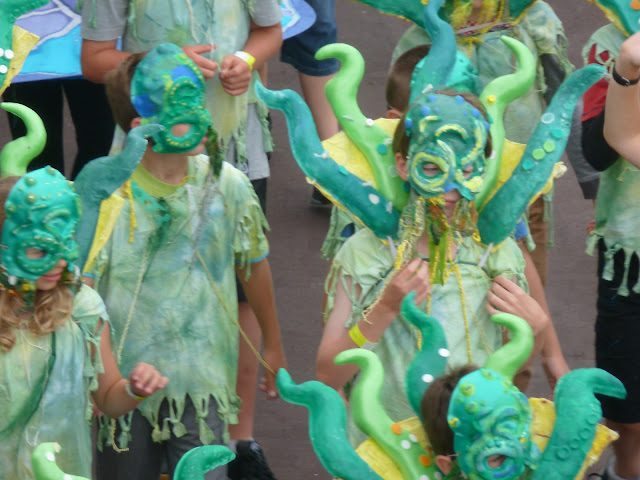 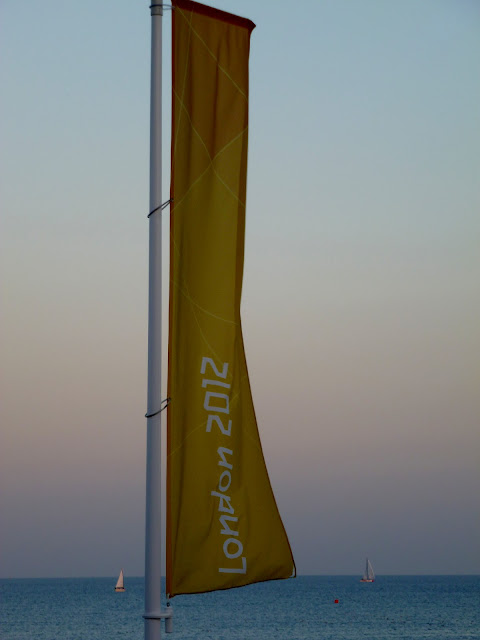 The end of the paralympics seems to bring an amazing summer of celebrations to a close, with first the Jubliee and then the Olympics and Paralympics. As a family we have all enjoyed watching both games and I hope the legacy of inspiration, hope and friendship will continue, it will certainly be a summer to remember!