Final view of the Olympic sailing

The two weeks of the Olympics is over, what an incredible two weeks it has been. It is refreshing to see the newspapers and television reflecting good news for a change. The stories of the athletes and their personal journey to reach the games, have been so heartening to hear and marvel at, and to share their joy and heartache. 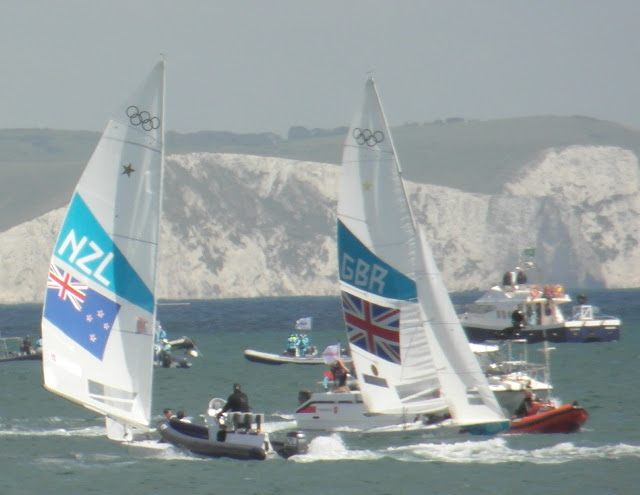 I hope you aren't too fed up with seeing another post of the Olympics from Weymouth. Last Sunday was    what was termed the "Battle of the Bay", between Team GB's Ben Anslie and the Dane Jonas Hogh-Christensen. Over 100,000 people visited Weymouth and Portland to watch this particular race. Ben Anslie won the Gold despite Jonas having a two point lead. It was the 4th Gold Medal he has won at consecutive games, making him the most successful Olympic sailor ever. 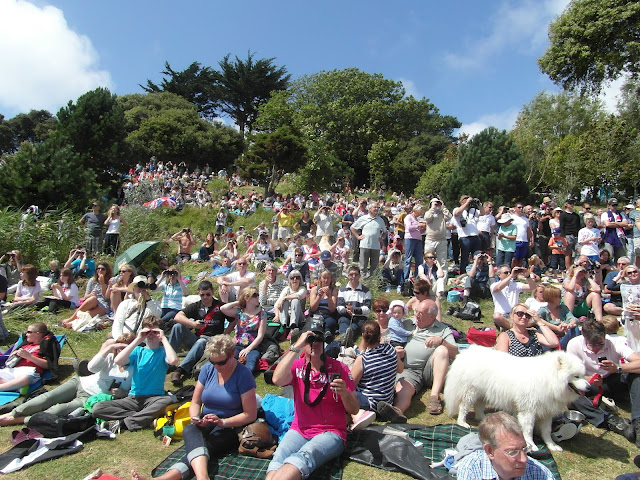 The atmosphere was amazing with so many gathering close to the shore to cheer on the sailors. This included my family and myself, but unfortunately a mishap occurred to me! I was excitingly waving at the Norwegian sailors (the saying every girl loves a sailor comes to mind), and in doing so dropped our camera on to some boulders and it disappeared out of sight! Although we were able to see it we couldn't reach it until one of my sons' friends came to the rescue. Unfortunately it is broken beyond repair, so some of these photos have been taken with a phone instead. 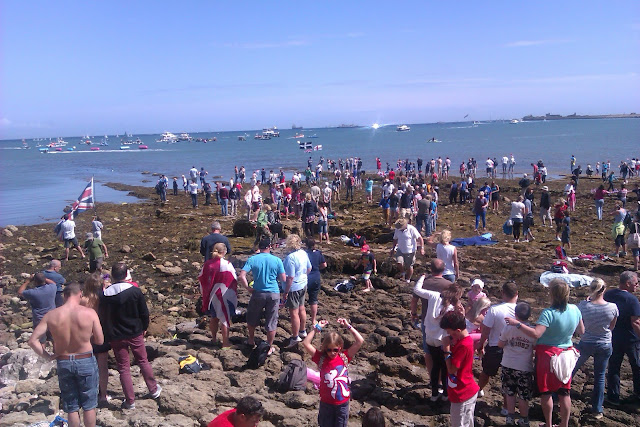 It was so hot on Thursday and after a successful day house hunting for my son in Exeter we decided to go down to the beach with my daughters boyfriend and have a bbq to round off the day and cool down. As we were finishing our food a Chinese reporter and camera man came down on the beach to do some filming. 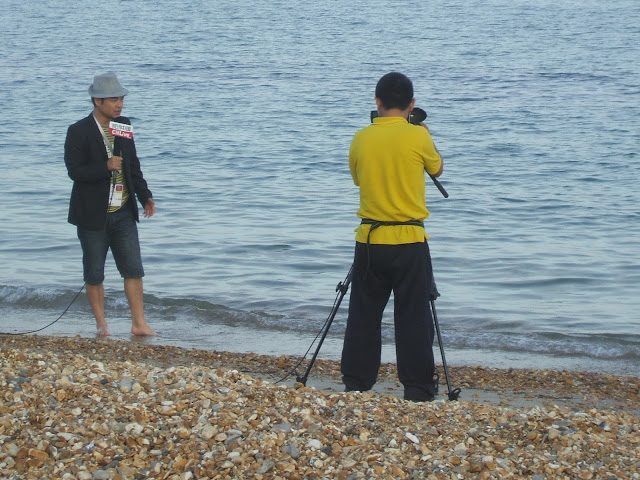 They saw me taking a photo of them and asked whether they could interview us. It was the first time they had been to England and they had come down that day to see the Olympics in Weymouth. Daisy was memorised by the microphone I think she thought it was something to eat! It felt very surreal especially when we found the interview on the internet later! 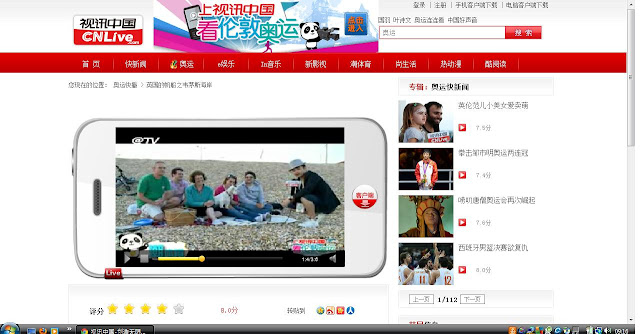 Hope you have enjoyed the Olympics too it is so unique how it brings everyone in the world together.
Welcome to my new follower Fiona (I couldn't find a link so please let me know of you have a blog.)