The three lighthouses of Portland

Our walk this weekend took us to Portland Bill to walk around the three lighthouses. I love lighthouses I think my fascination with them started when watching the story of the Eddystone lighthouse on Blue Peter when I was a child. 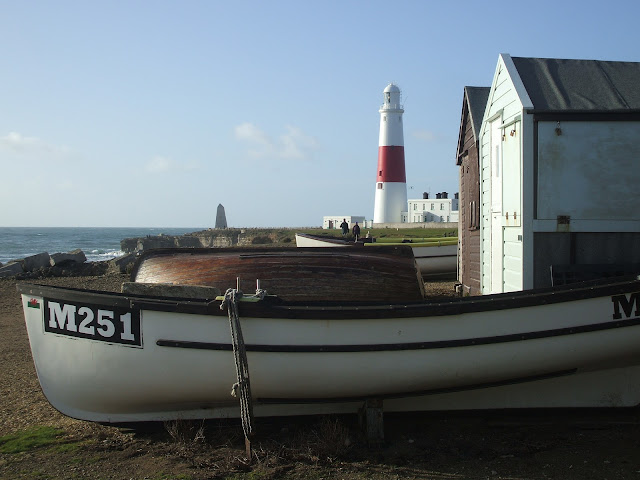 Portland has had lighthouses assisting shipping for the past 300 years. There is a dangerous stretch of sea three miles out from Portland where a number of tides meet. As you drive down towards Portland Bill you may see white waves crashing together out at sea and this tidal race is where many ships have come to grief. There is also an obelisk was built in 1844, before the lighthouses, to warn ships of a low shelf of rock that goes out 30 metres under the sea bed. 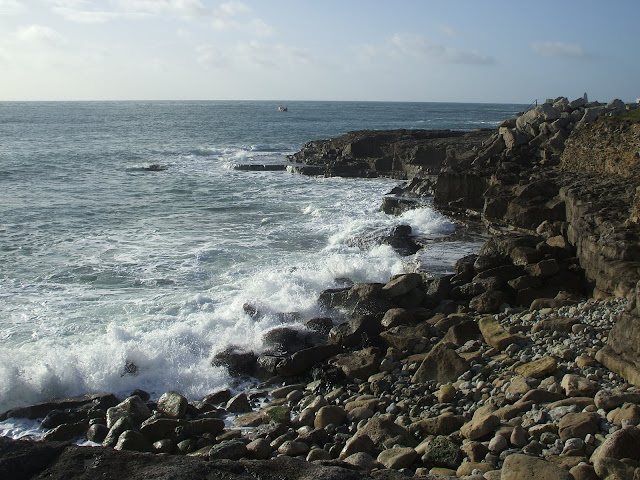 When the first lighthouses were built, they were built  in pairs (high and low) so that mariners could establish their position by taking bearings from two points. These 2 lighthouses were replaced in 1906 by the famous tall red and white lighthouse. Fortunately the older lighthouses have been preserved, the lower one is a bird observatory and the higher one is now holiday accommodation.

When my children started school in Reception they had a Wendy House which had 2 floors and was like a lighthouse and they learnt the story about the Light Keepers lunch.
I found this version of the story on You Tube, made by Downsview Special School for BBC Children in Need, it is a lovely piece if you have time to look!
The lighthouse at Portland Bill was demanned in 1996 and the monitoring and control of the station is now run from Harwich.What a shame there are no longer lighthouse keepers although their lives must have been so hard at times living in such isolation.
Hope you are having a good weekend too!