My regular readers will have already read snippets about the walled garden.  In the early 1980's my Dad took early retirement and my parents found a Head Gardener's Cottage in Dorset to rent and we moved from Germany to Dorset.
Below the cottage was an old walled garden that in earlier times had supplied the produce for the manor house. My Dad decided to take this on too! This was some years before the nation started to realise the lost history of walled gardens highlighted through the Victorian Kitchen Garden and  the lost gardens of Heligan. 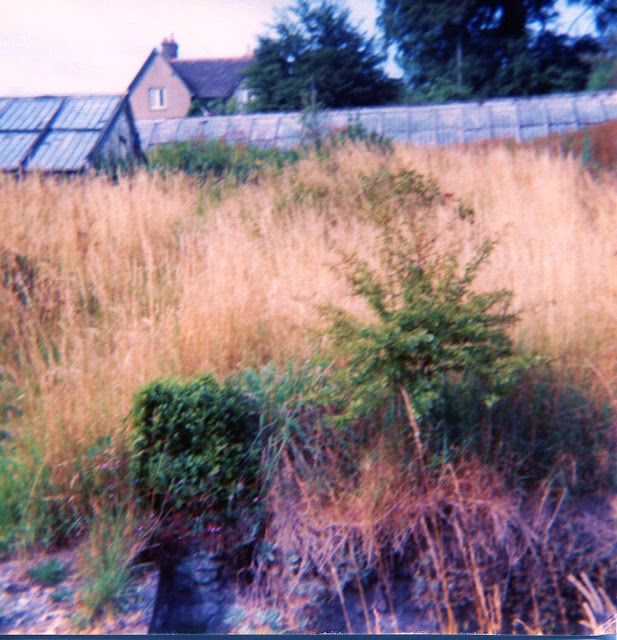 The garden was overgrown - it only takes such a short time for nature to take everything back over!


As you can see there were 4 greenhouses, which all needed minor repairs. In the bottom greenhouse we discovered a peach tree -seen in blossom below. It produced pale peaches - I have never tasted one so good since! 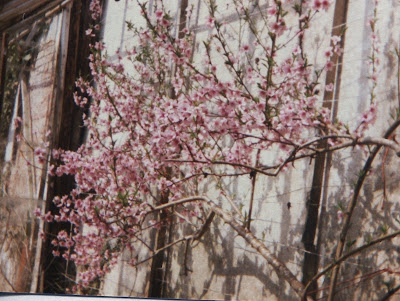 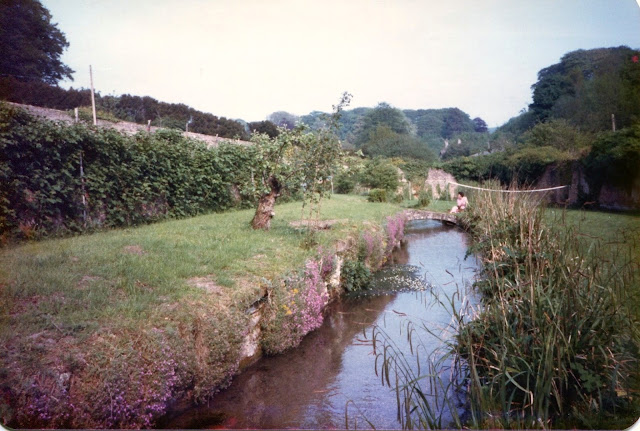 The River Bride flowed through the bottom of the garden. You would often see brown trout swimming in the shallow water or hiding under the bridge. One day my Dad caught an eel which was very long and wriggly! 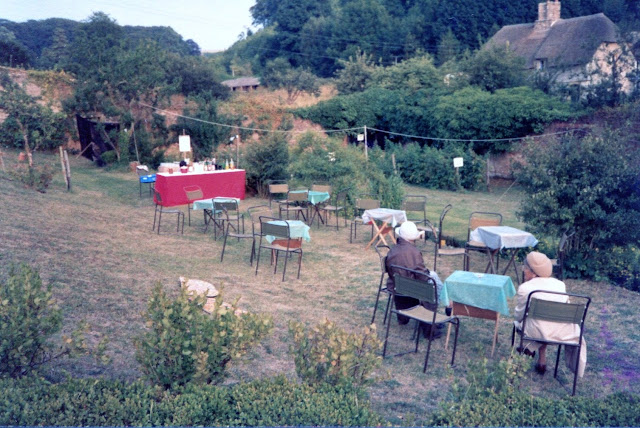 We even held the annual village Summer party here rather than the village hall, luckily the weather was fine!

The walled garden was full of fruit bushes, once pruned back into order they produced raspberries, loganberries, gooseberries, blackcurrants, red currants and cultivated blackberries. There was also an apple tree and a huge fig tree. We would sell the surplus produce at the top of the drive.
It was such a beautiful, peaceful setting and the temperature would often be some much warmer than the rest of the garden. It was idyllic place, but quite hard work and I feel priviliged to have had the opportunity to have lived and gardened in such a place.
When we left Garden Cottage other tenants took over and the garden reverted back to a wilder state for a couple of years, but it has once again been restored and is now full of flowers again and open to the public on selected days Littlebredy walled garden, so everyone can enjoy this unique spot.

Welcome and hello to new followers Val and Louise thank you for joining me, I shall enjoy following you too.